Rackesha Bailey, Maday Luna, and Maria Herrera 11th grade scholars at NFA North Campus have been working to create a sanctuary for the Newburgh community in the form of a beautiful garden. Nestled in between the Newburgh Free Library/Board of Education and the Dutch Reform Church in the City of Newburgh, community members will find a place to meet, grow their own food, learn about plants and vegetables, and find a quiet place to sit and read as a result of the passion and commitment these scholars had to their vision.

Supported by several local organizations and some of their classmates, Rackesha and Maday unveiled their project on Saturday, April 24th to a (masked) crowd of people who were excited to support the updated space.

Rackesha came up with the idea for a garden because she has no place for one at her home. She recognized that she was not alone in that fact and wanted a space for others to be able to learn and grow in a space of their own. She hopes that fellow classmates will take over and that the next generation will take over when she goes to college.

Maday created a seed library, using a card catalog that is no longer being used. Seeds were identified and cataloged, so community members can select their seeds and begin growing. Maday feels that this is a way that neighbors can stay connected through using the same seed families in their own gardens. Mr. Ed Manner, an Our Core Angel, and Ms. Nicole Mischo, an art teacher at NFA Main campus helped to create a design to make the card catalog a true piece of art to attract community members to utilize the resource.

Newburgh Free Academy scholars who have volunteered to create this community garden include Maria Herrera, Katiana Honora, Elisha Banegas, and August Grice. Scholars have helped to support this project while working on their own, taking a year per each phase of brainstorming and learning, planning, and executing. Elisha is currently in the brainstorming phase of her project creation. Katiana has developed her project idea and is in the planning phase this year with hopes of executing her plan next year. Last summer, Katiana and August were instrumental in growing 5,500lbs. of food at Downing Park’s Urban Garden that went to feeding people. The student volunteers helped to select farmers to support and feeding programs. To do so, they overcame and battled shyness to reach out to support their community and tremendous impact.

This project was possible through the help of Ms. Christine Hutchinson, teacher at NFA North Campus and Our Core Inc. board member. Our Core is a non-profit organization dedicated to serving marginalized youth in Newburgh, New York. Their mission is to empower marginalized young people to uplift themselves and others through experiential and academic education.

Ms. Virginia Kasinski, Executive Director for the Newburgh Urban Farm and Food, Inc. (NUFFI) helped the scholars learn about gardening, formulate their plan, and supported their overall idea through NUFFI’s Urban Agriculture programs offered during the year and over the summer.

Ms. Hutchinson shared the growth she has seen in the leaders of this project, saying, “Maday and Rackesha are hardworking, dependable, and they learned so much so that they’re going to be capable of teaching others how to grow food.” Through these experiences and the skills that have been developed, scholars are eligible for paid internships depending on their interest. Land to Learn has an internship available for scholars interested in an education track and Common Ground Farm has an internship for those interested in marketing with their farmer’s market.

The students expressed that the support from Ms. Hutchinson really inspired them to reach their goal. “She was pushing us to do great things. Every day, she was none stop with us.” The scholars discussed the parallel of their idea starting from an idea, similar to how the seeds they plant grow into something beautiful. 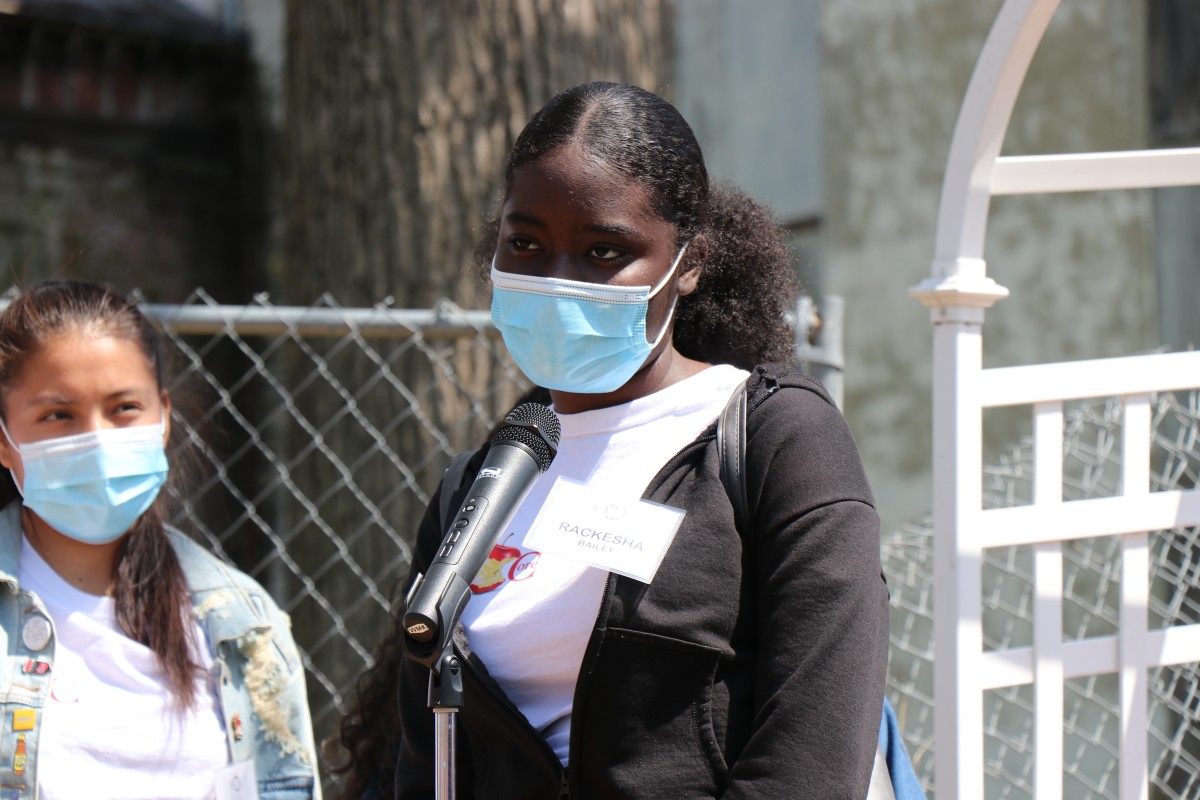 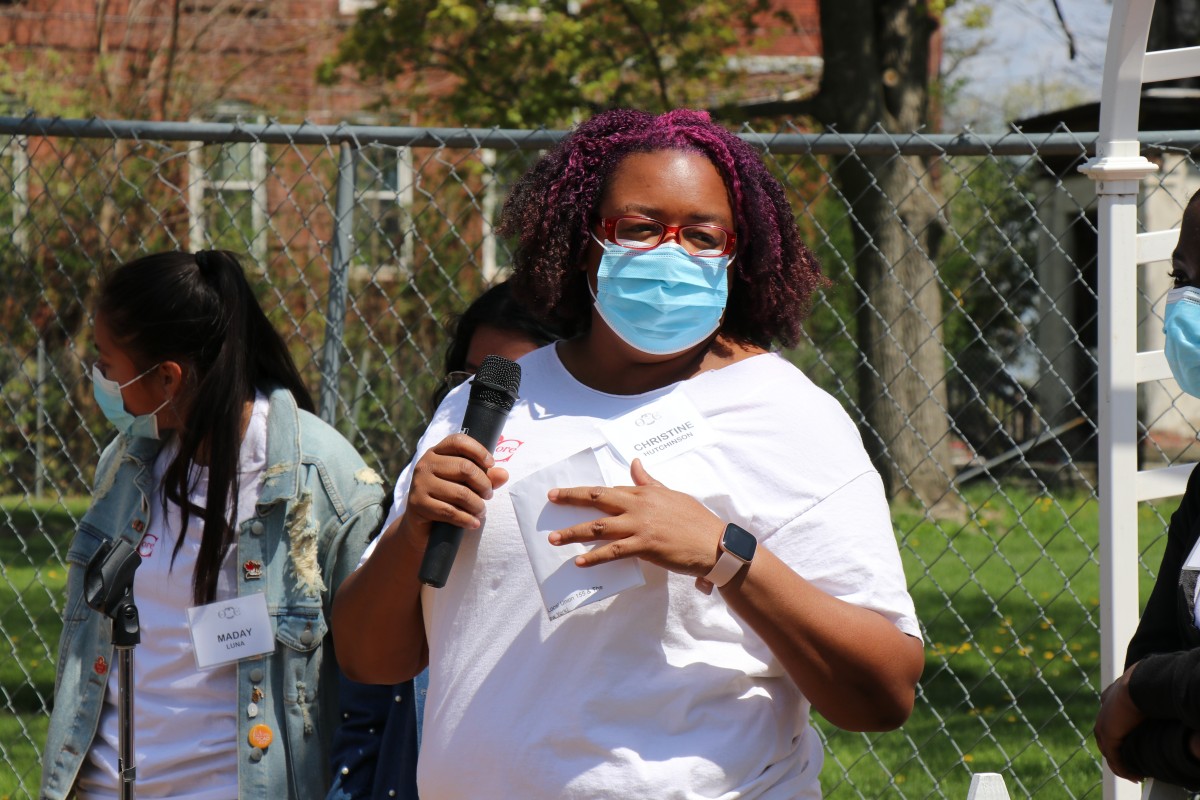 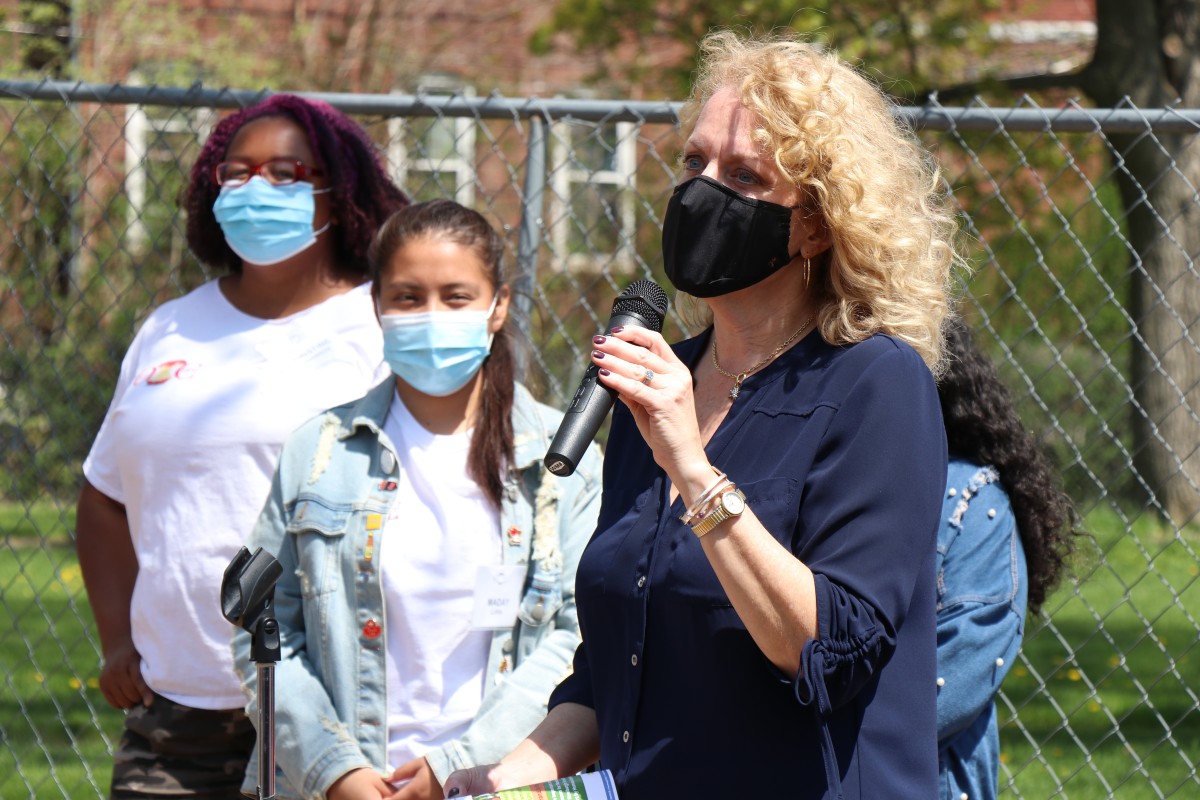 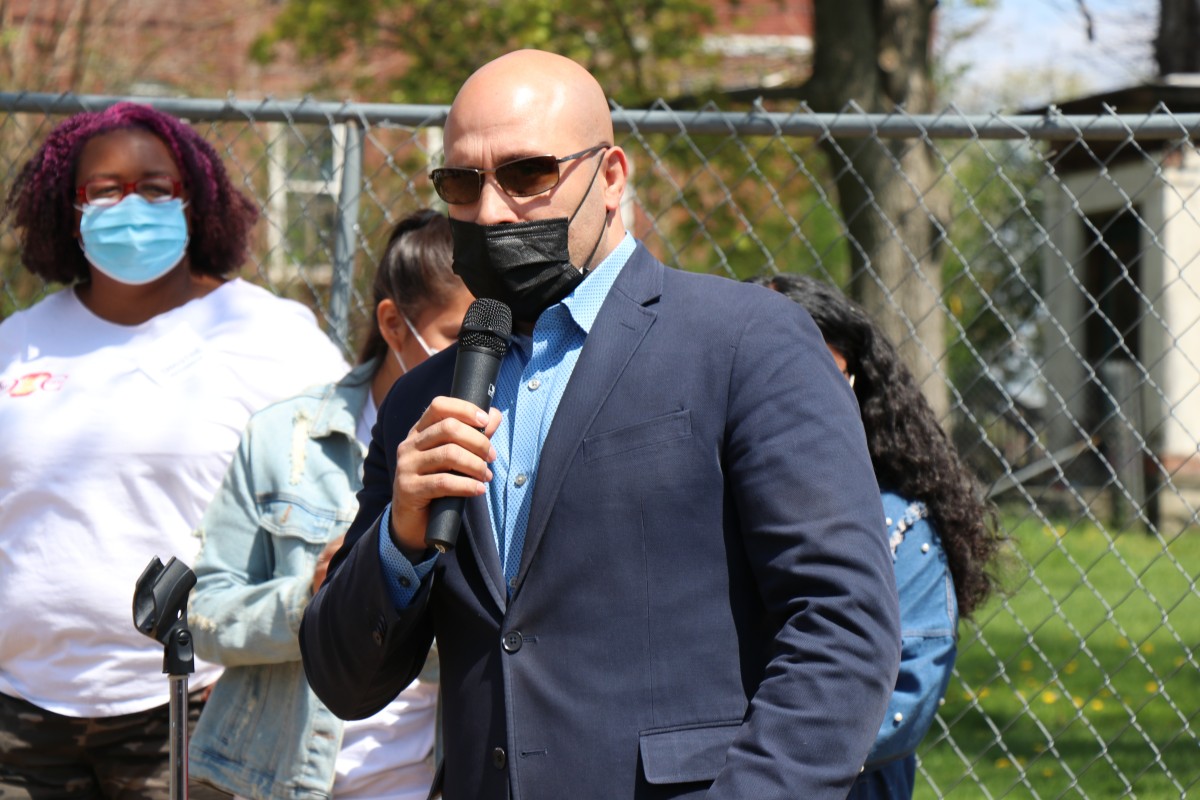 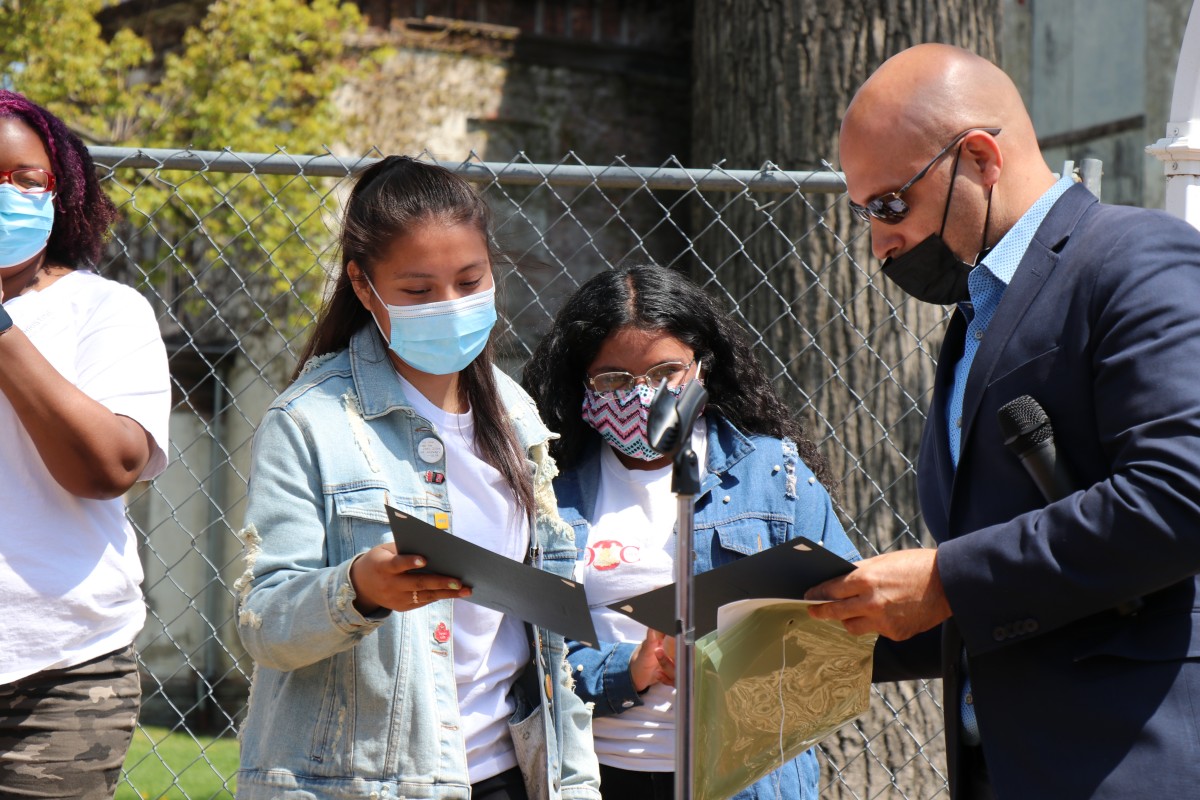 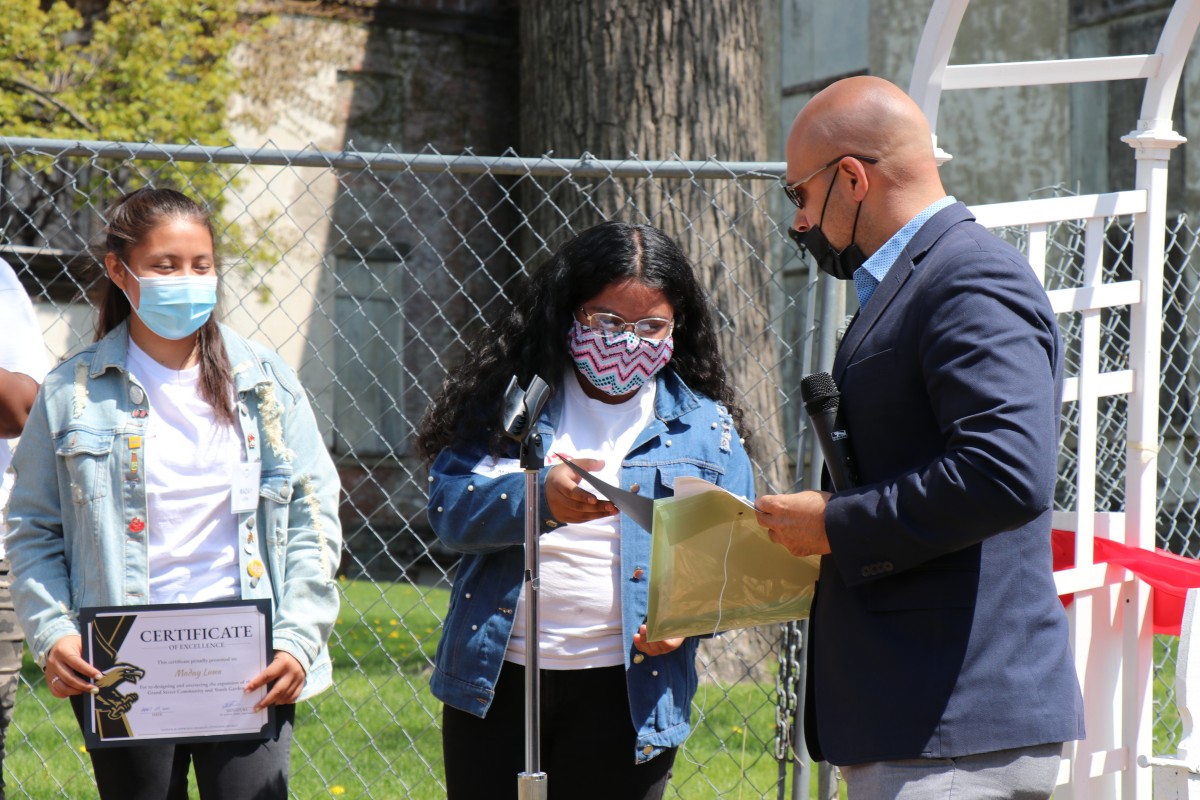 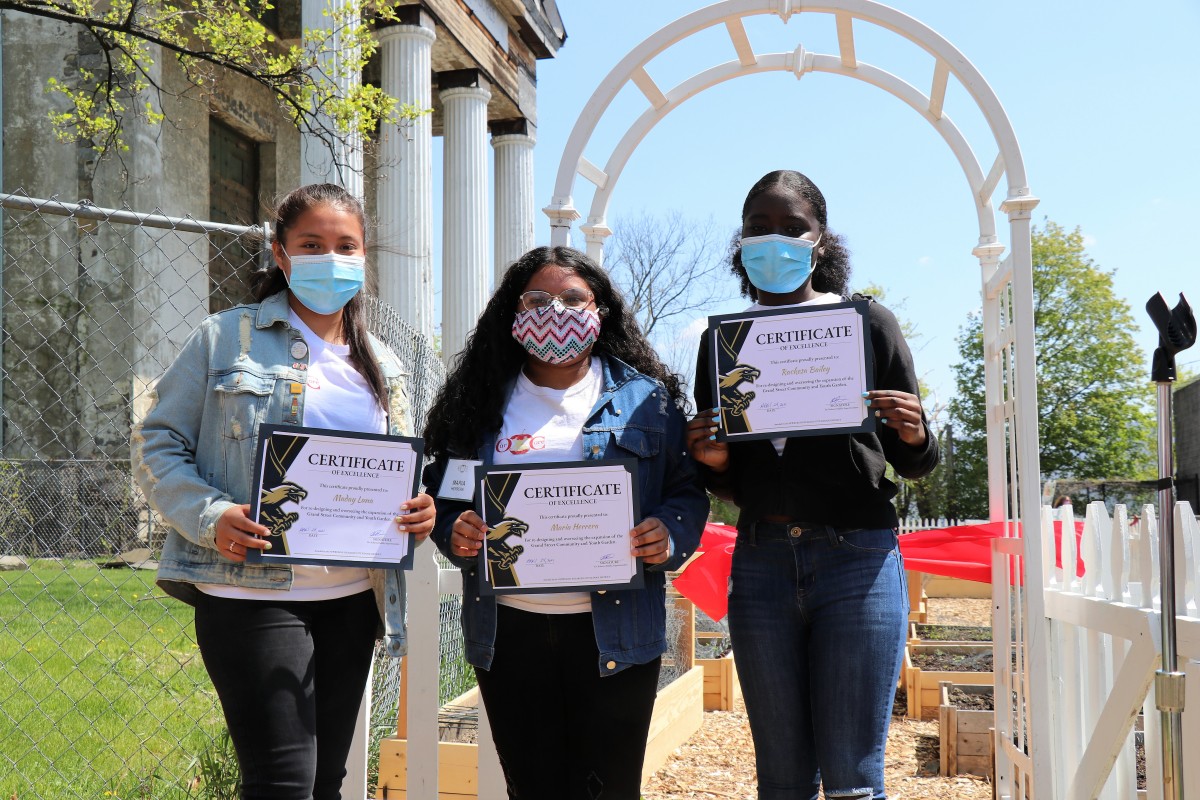 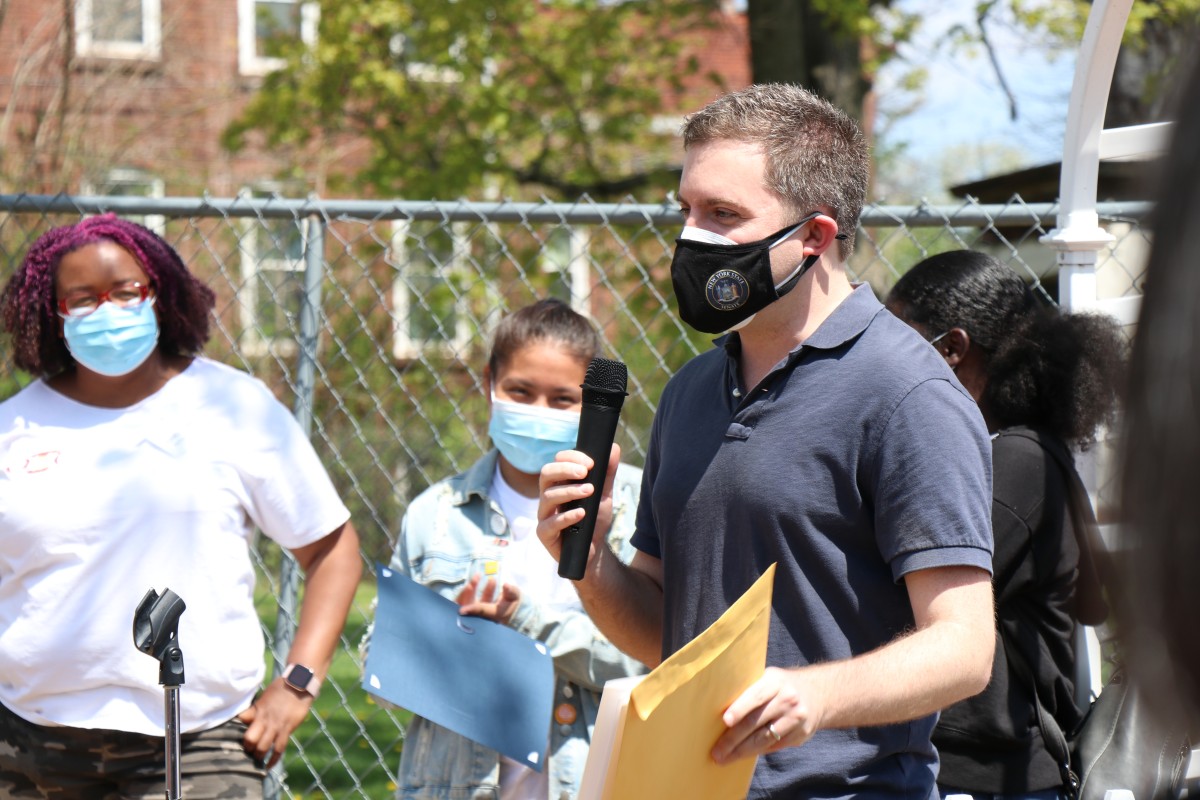 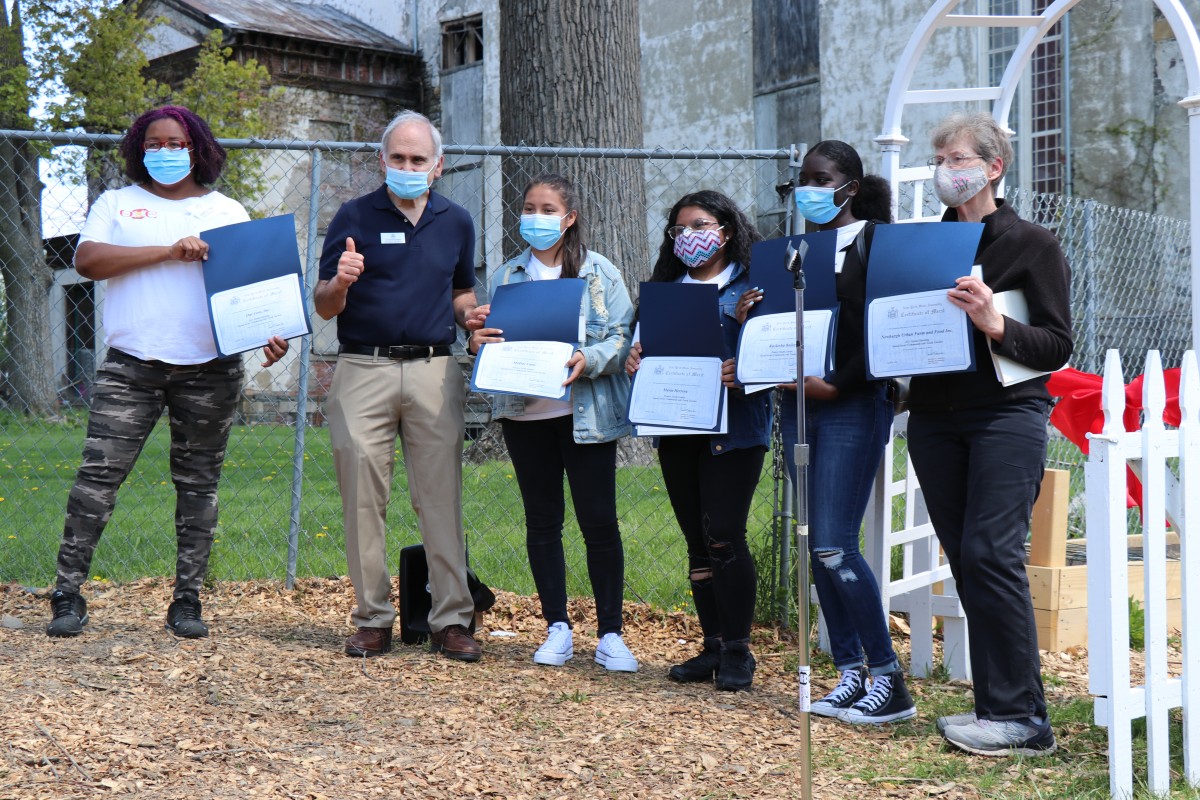 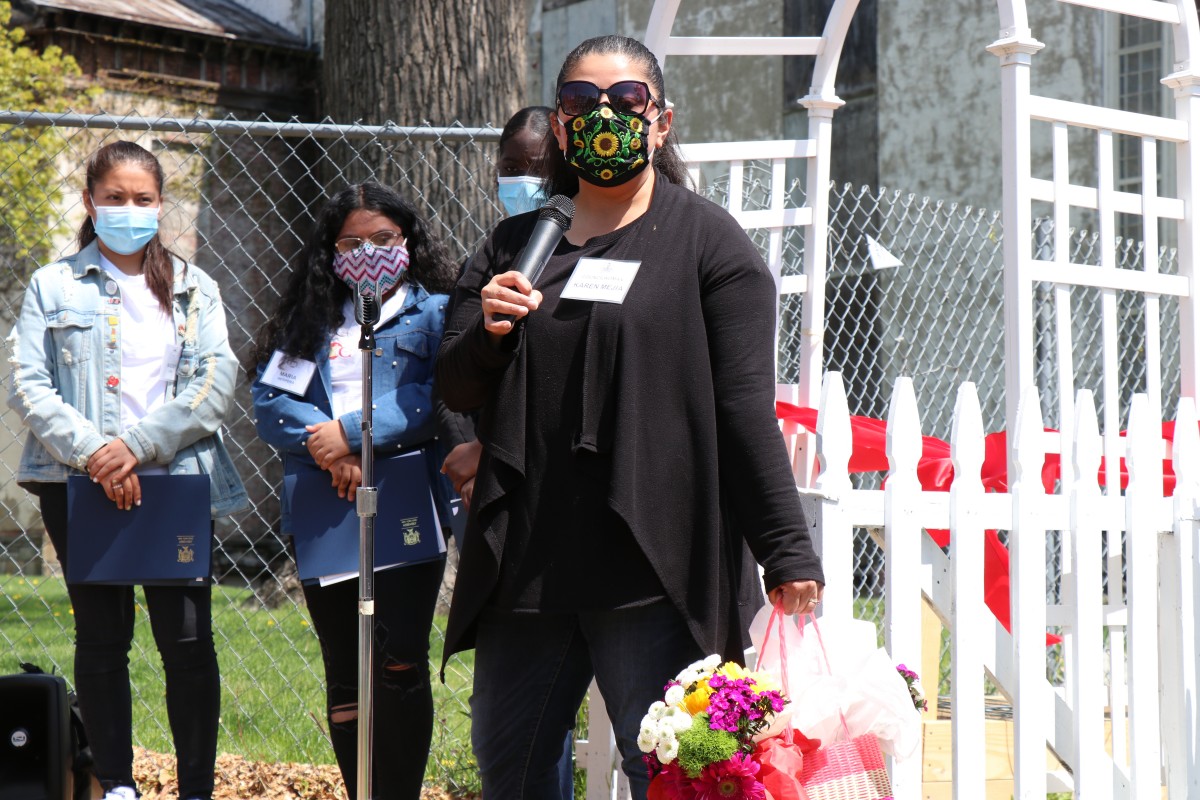 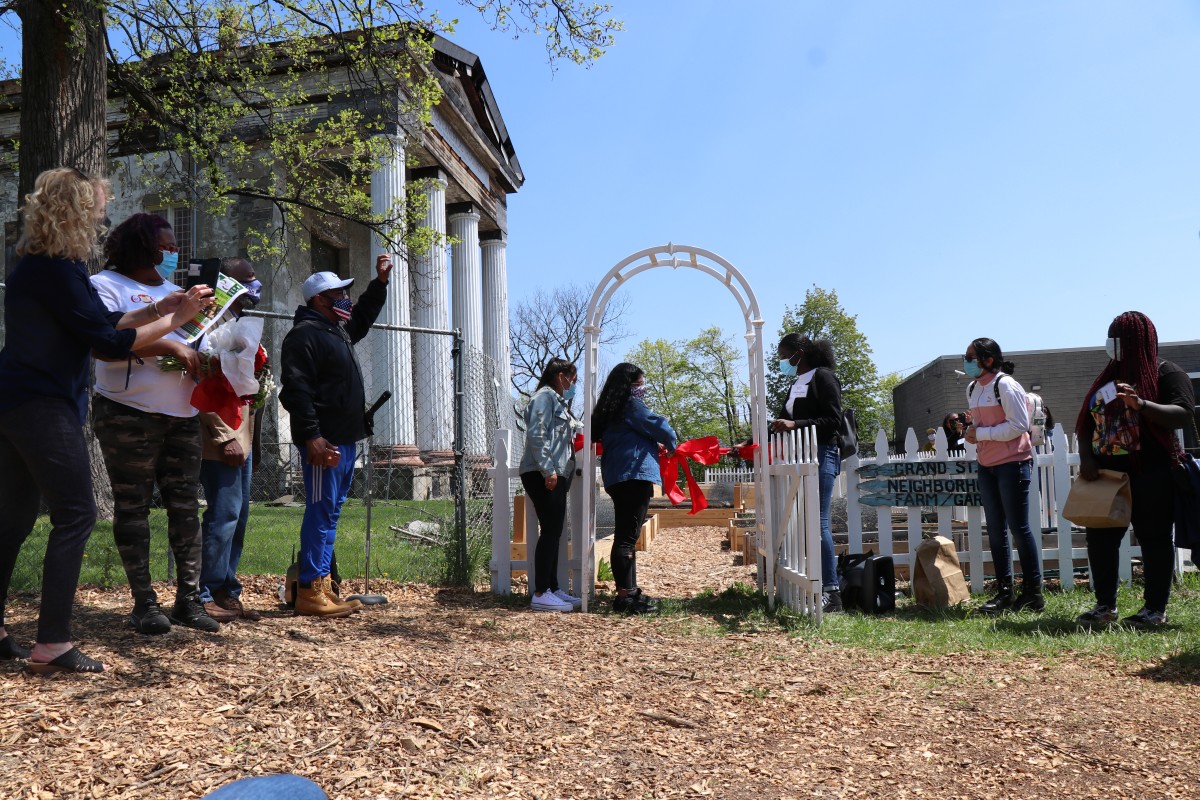 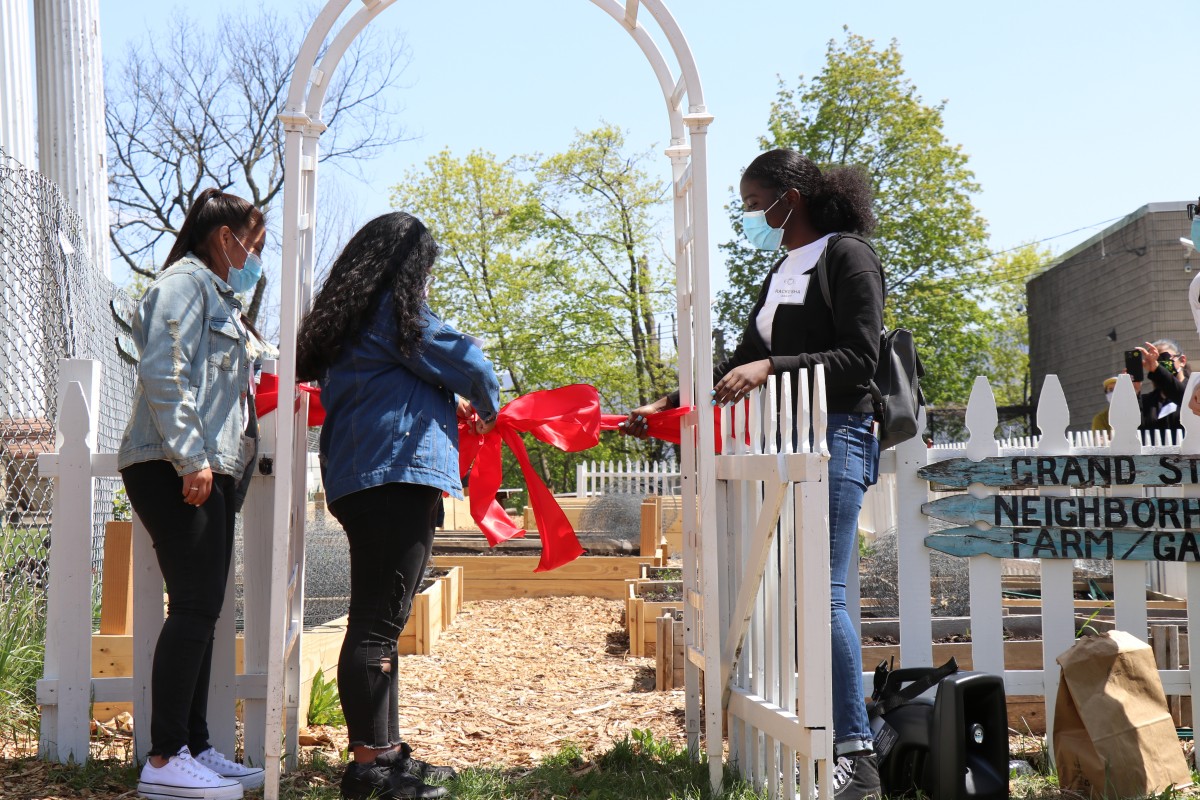