Fifth grade scholars from Meadow Hill GEM School enjoyed a concert by Dave Ruch Music. Dave Ruch is a special musician and performer widely noted for his ability to engage audiences of all kinds. This particular concert focused on ancient Native American music which included songs and instruments. The concert was part of a unit that scholars were working through.

The concert began with an ancient Seneca song, titled the Corn Dance Song. Mr. Ruch quizzed the scholars about when the song might be sun (during planting and harvesting times twice a year) and what instruments might be played. He discussed that some of the lyrics were more like syllables similar to the fa la la la las in Deck the Halls. Mr. Ruch quizzed the scholars about the five tribes of New York, the tribes they belonged to, and the types of houses they live in, which included materials and architectural functions.

Other songs that were sung included the Smoke Dance Song (to clear the smoke from the longhouse) and the Pigeon Song. Instruments included the water drum and several different types of traditional rattles. 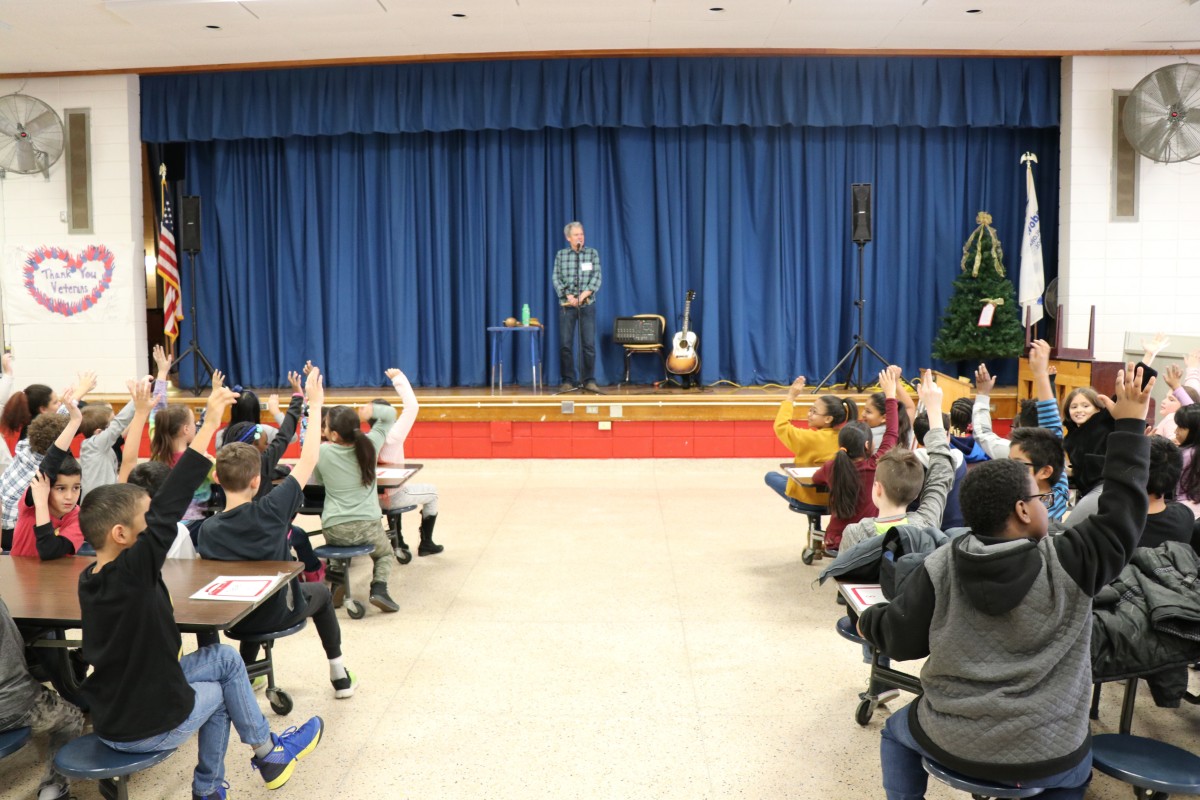 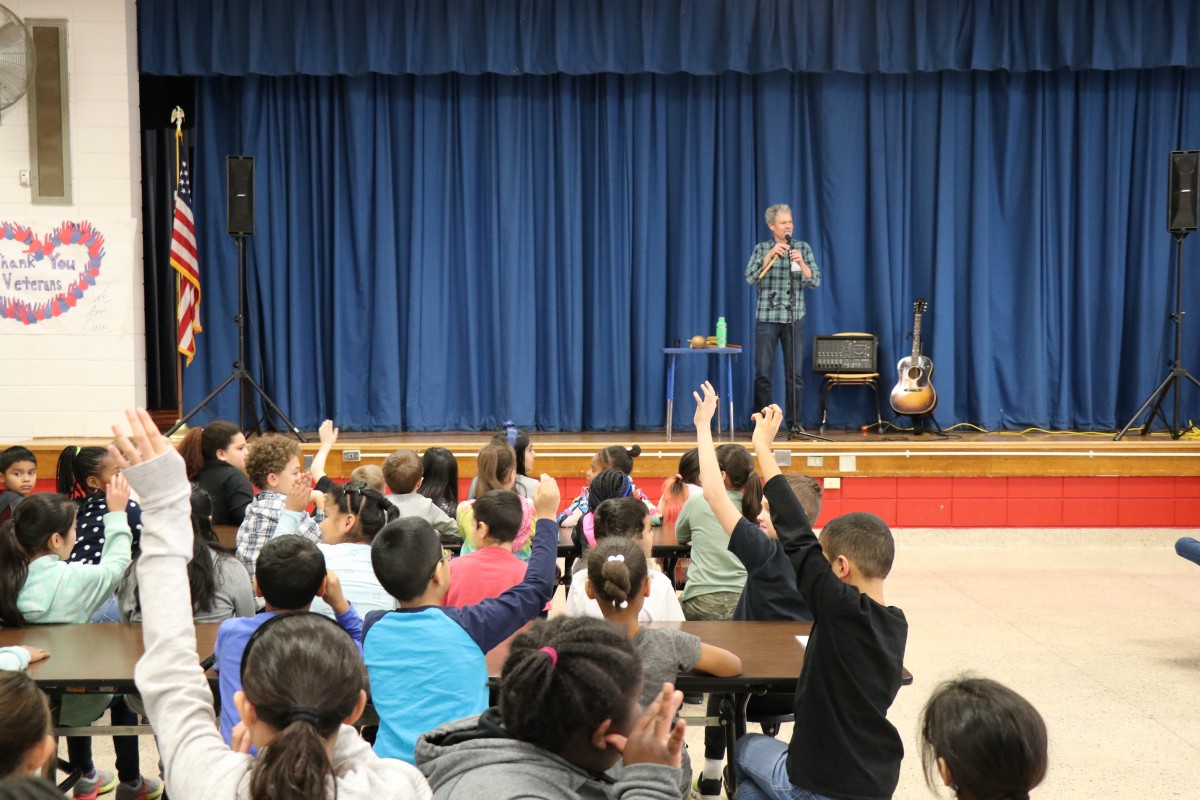 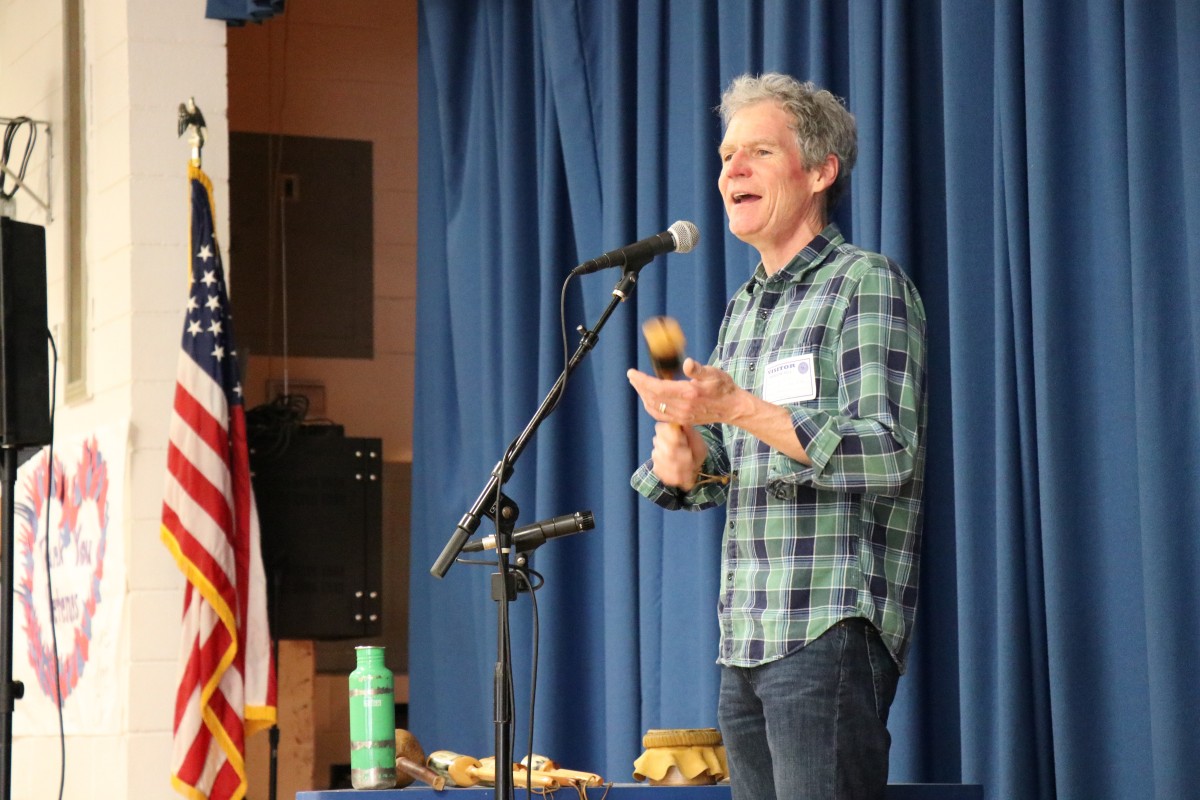 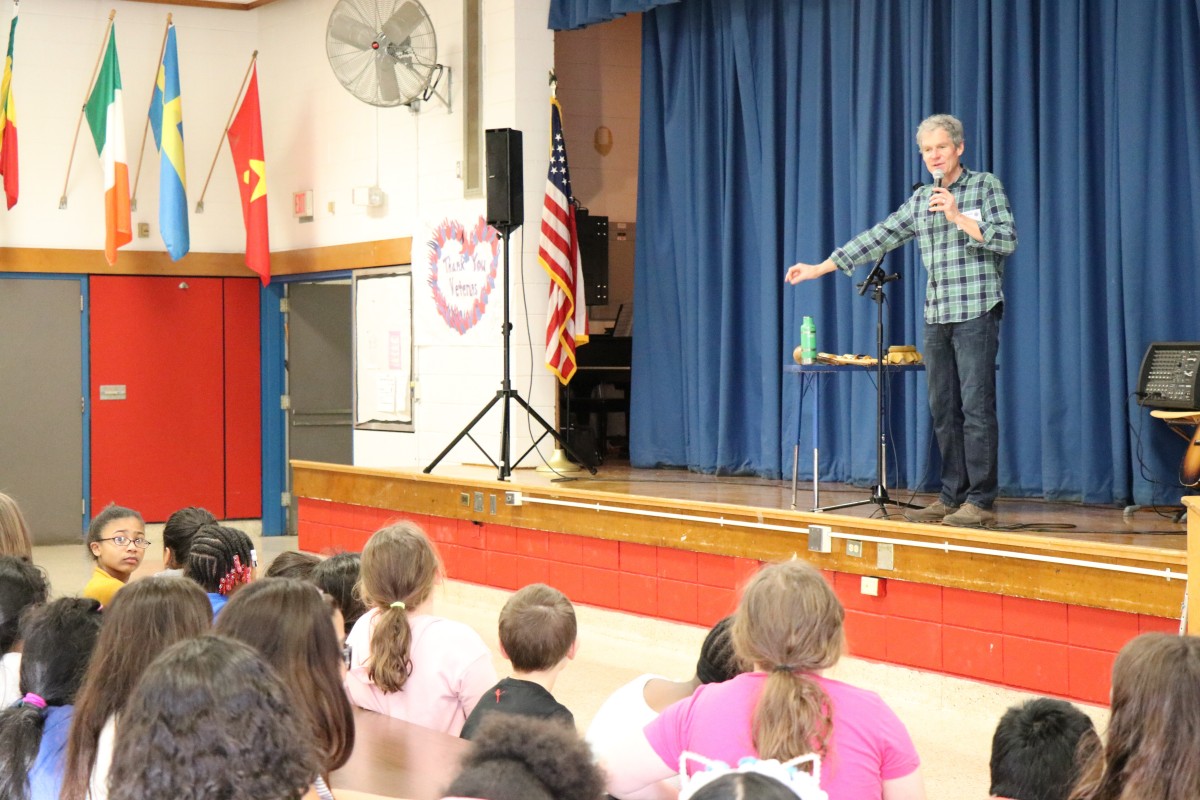 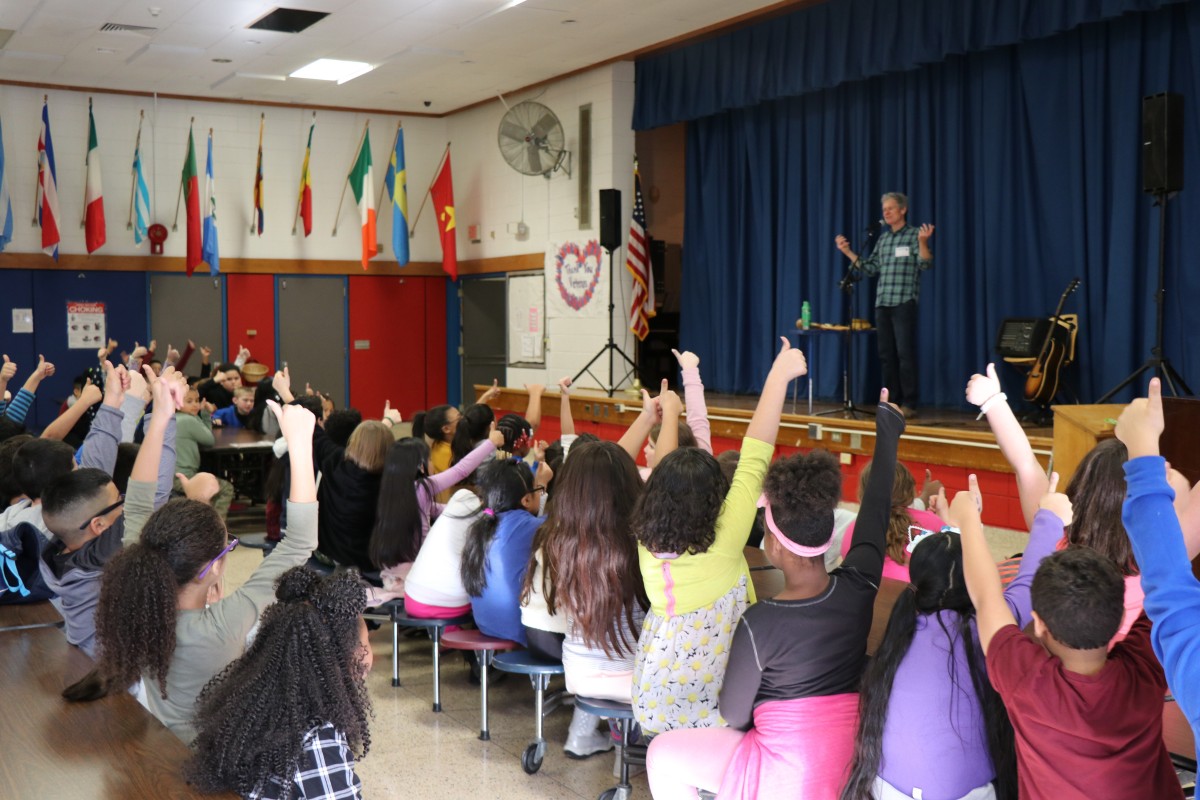 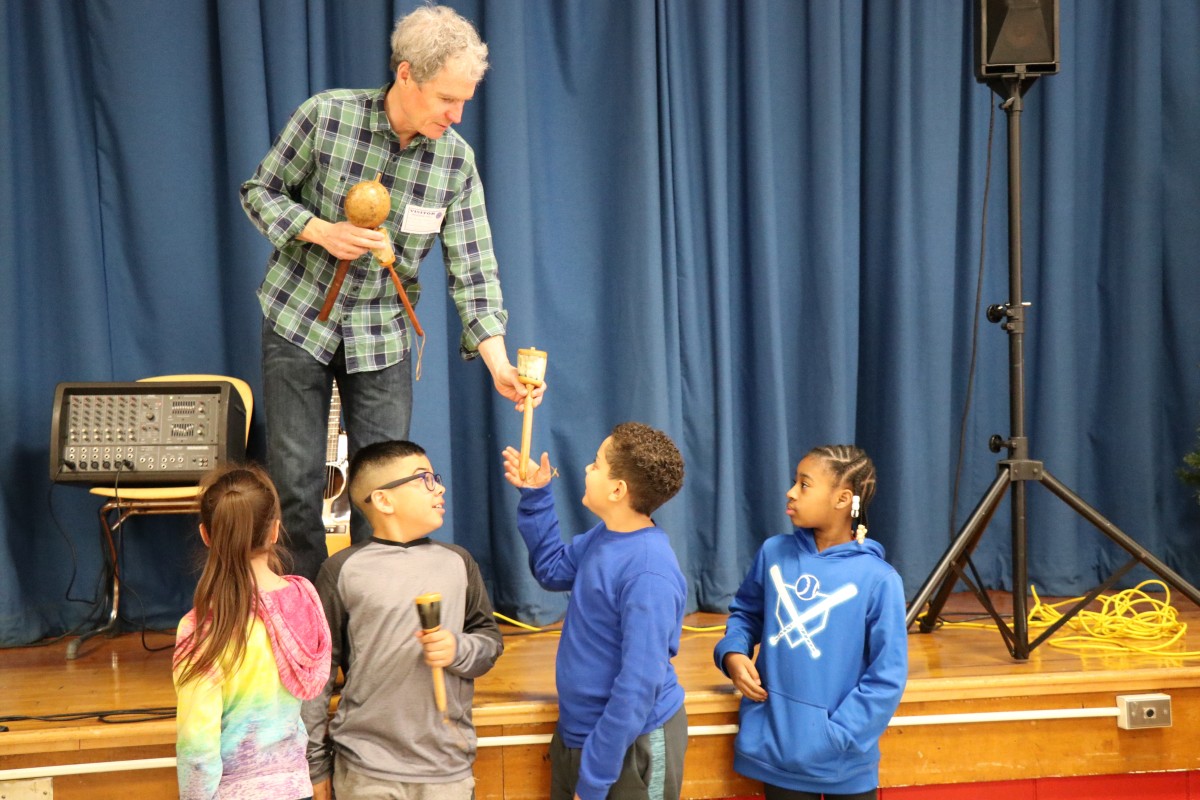 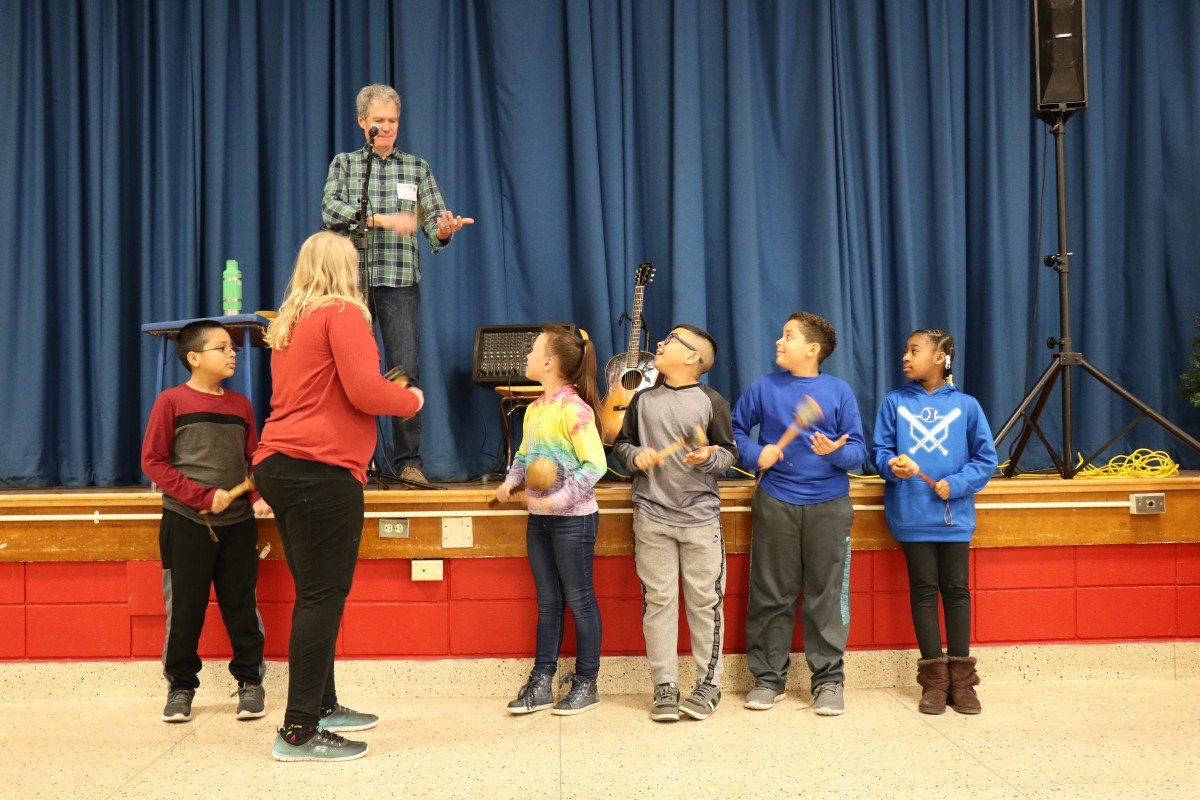 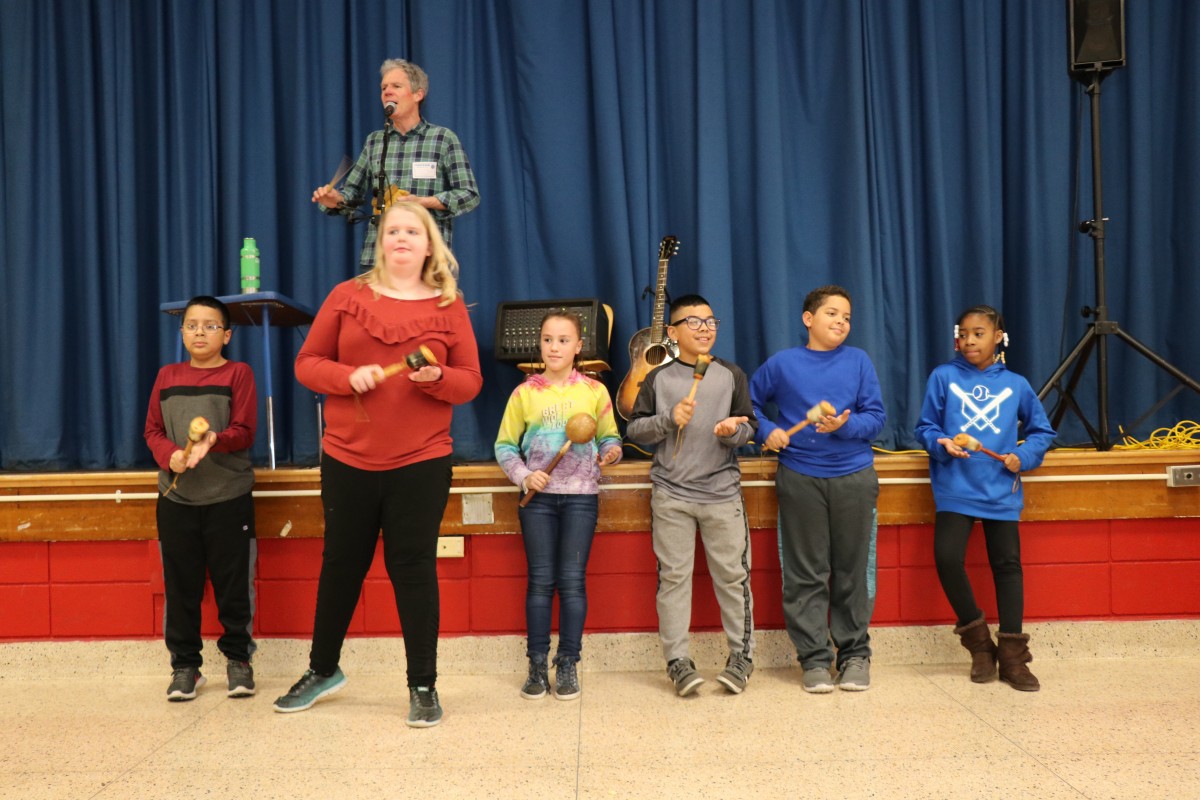 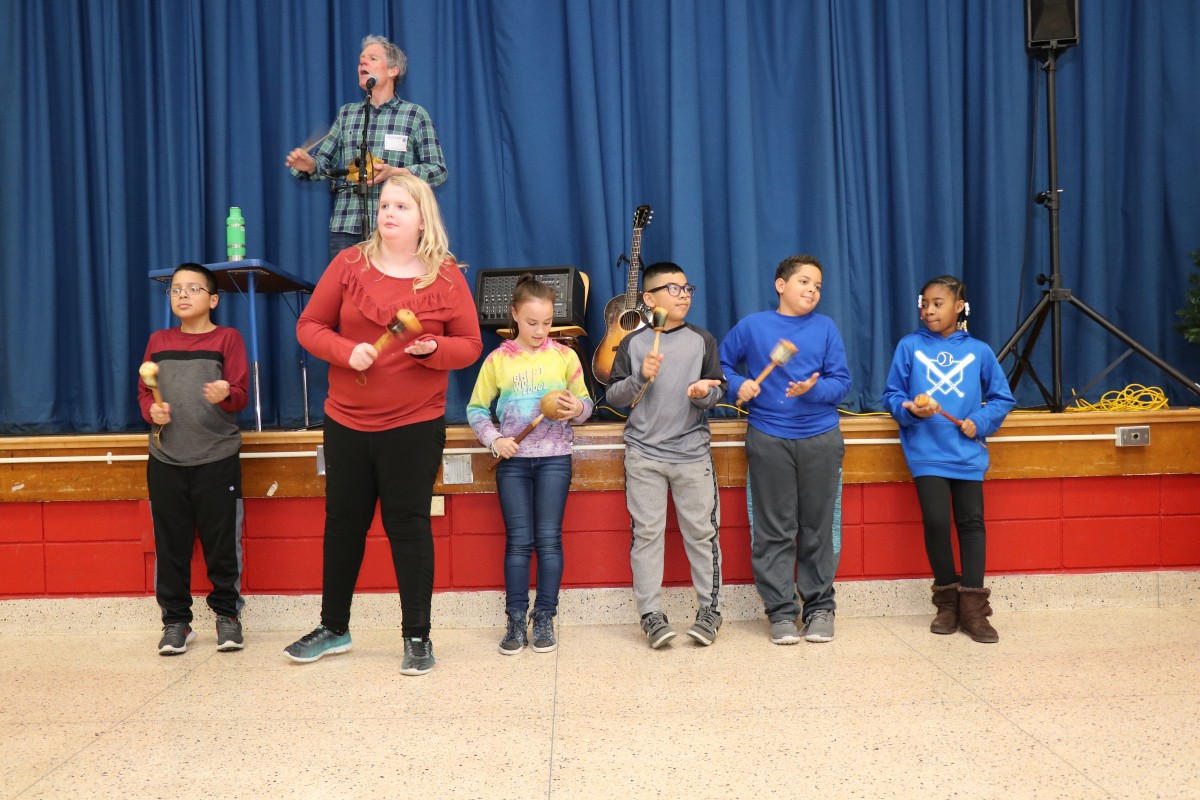 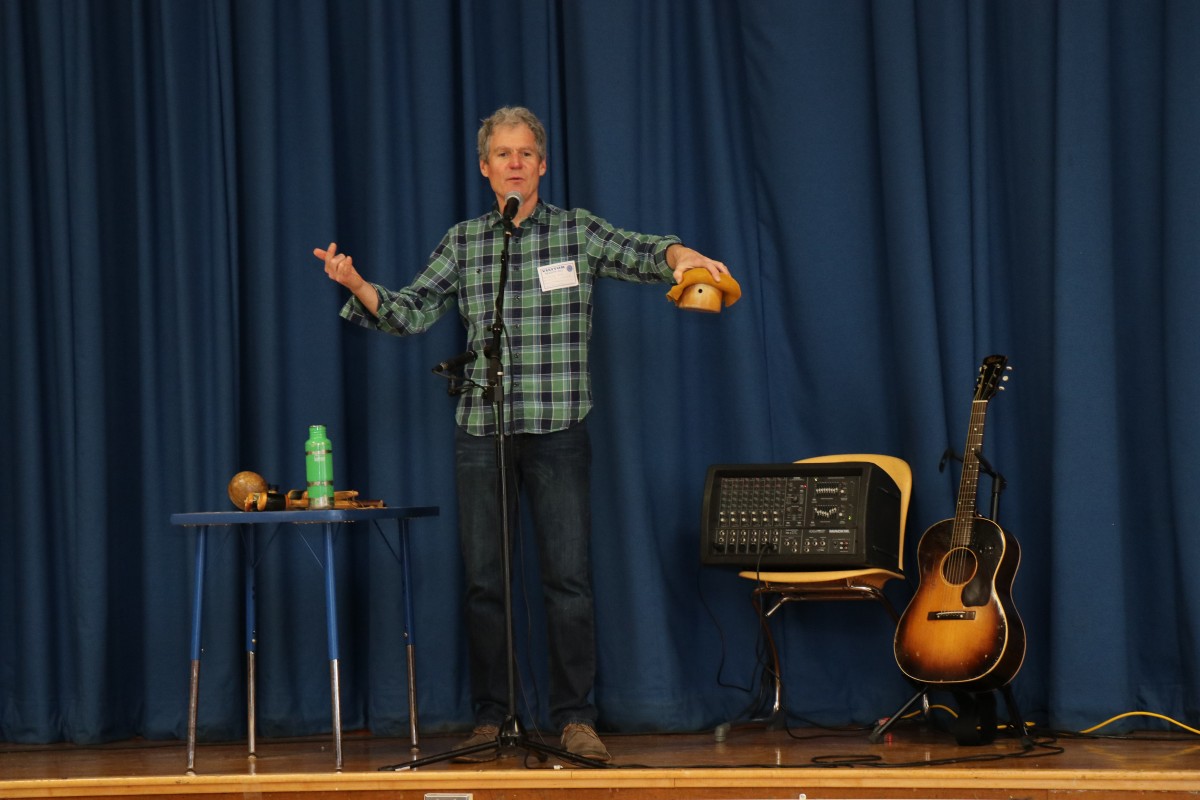 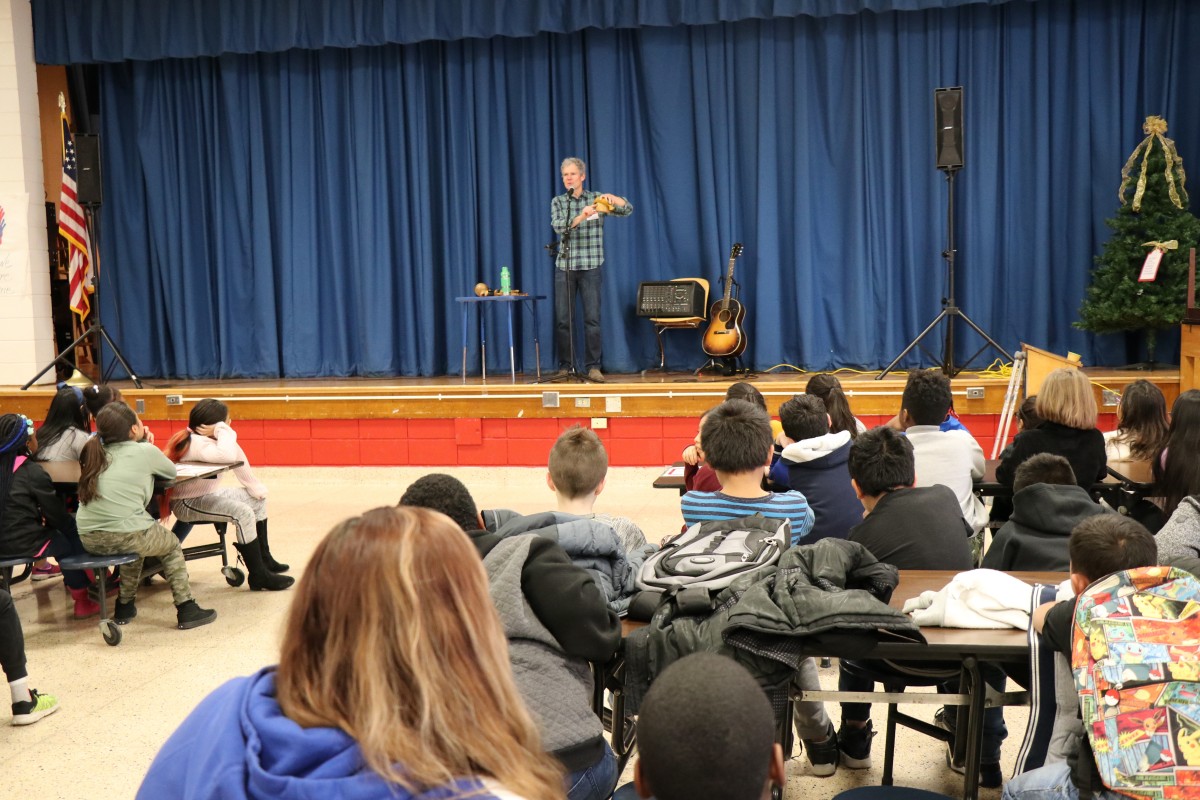 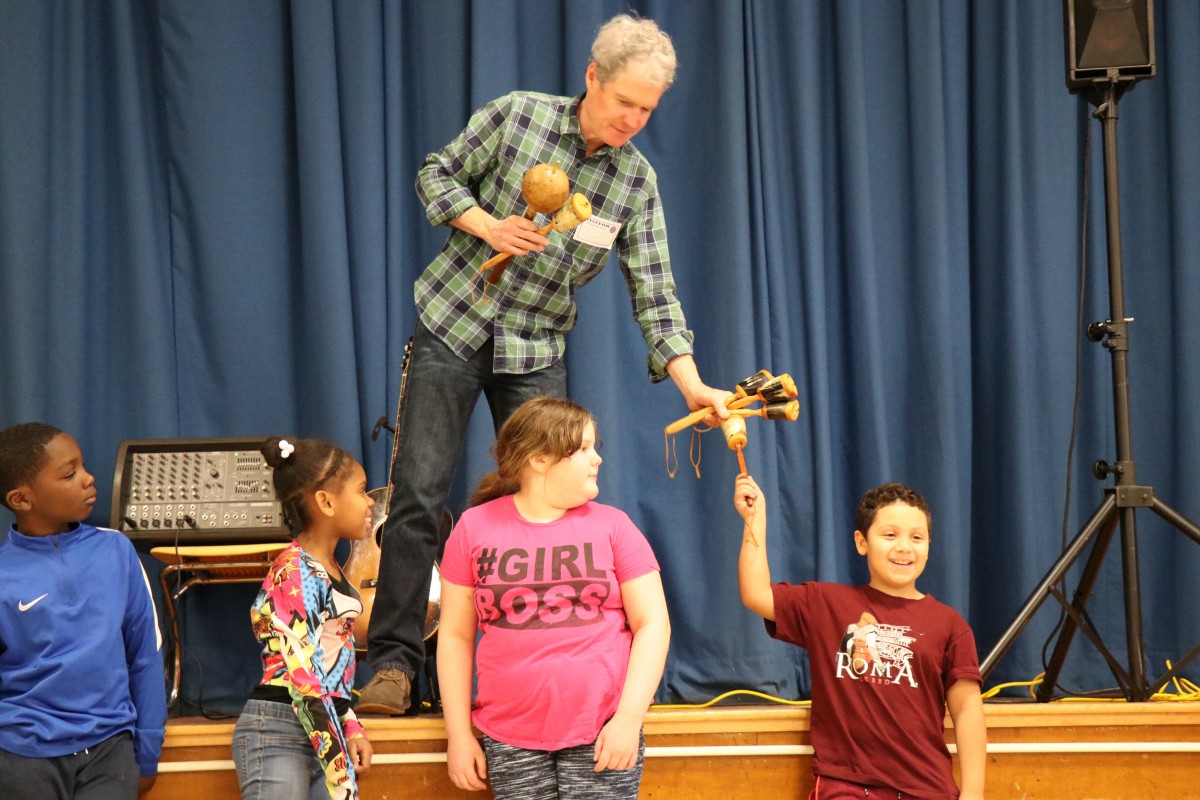 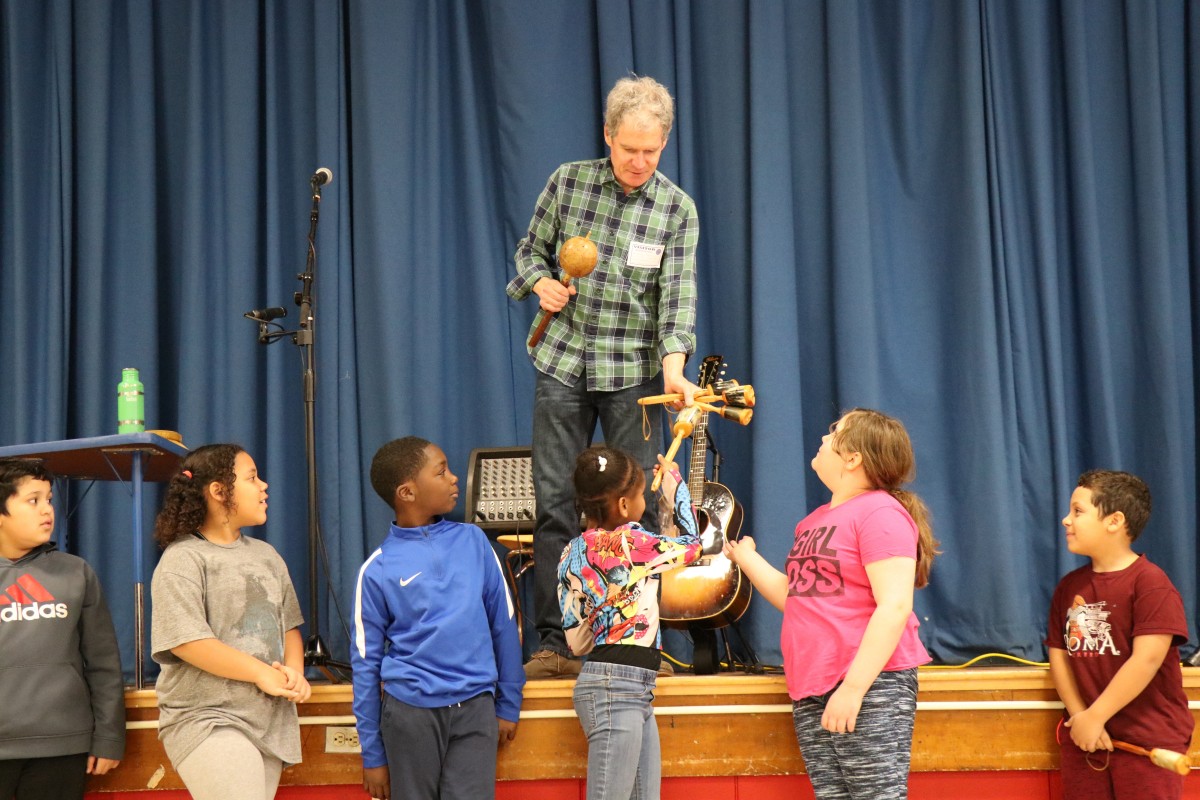 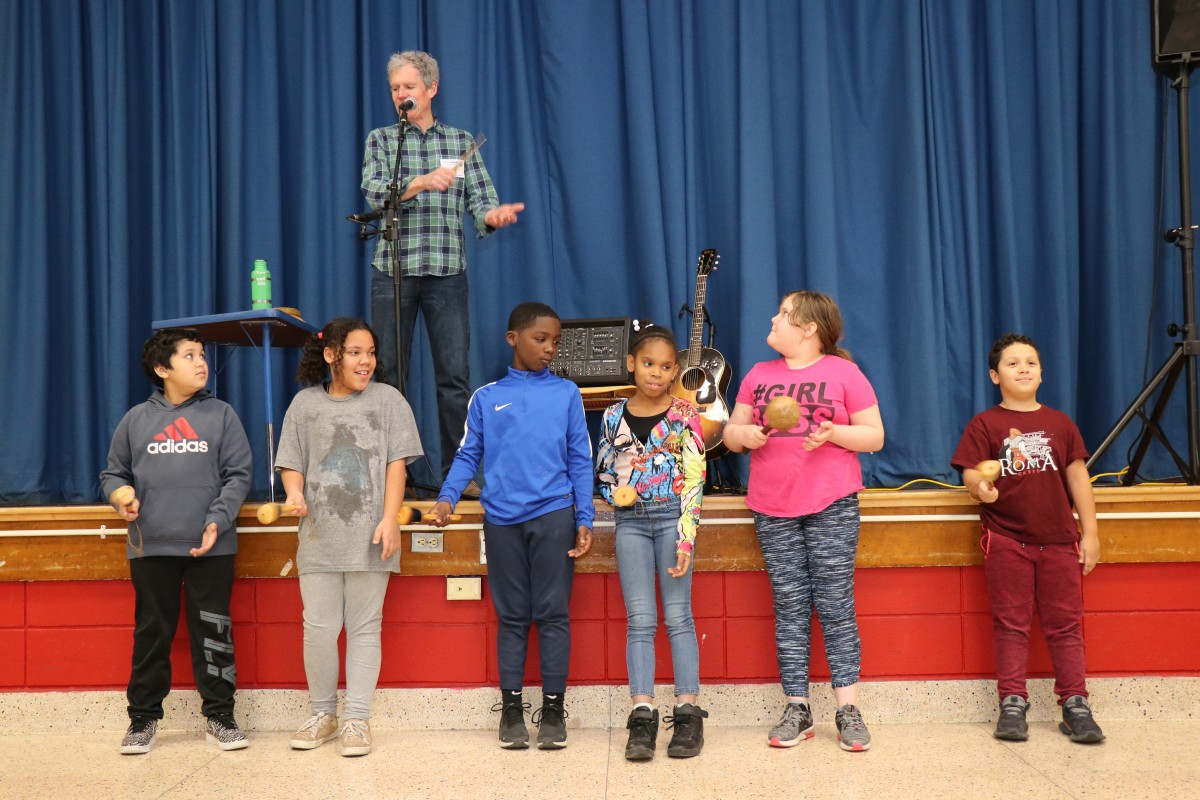 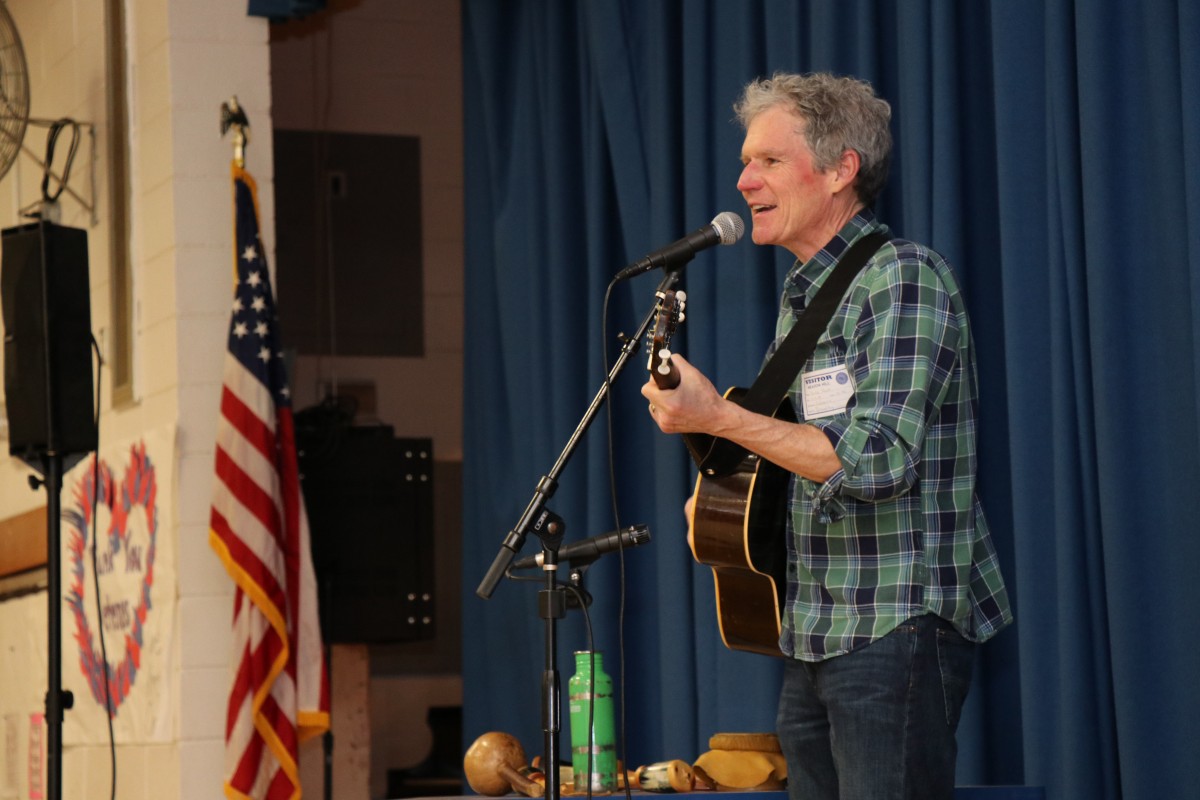