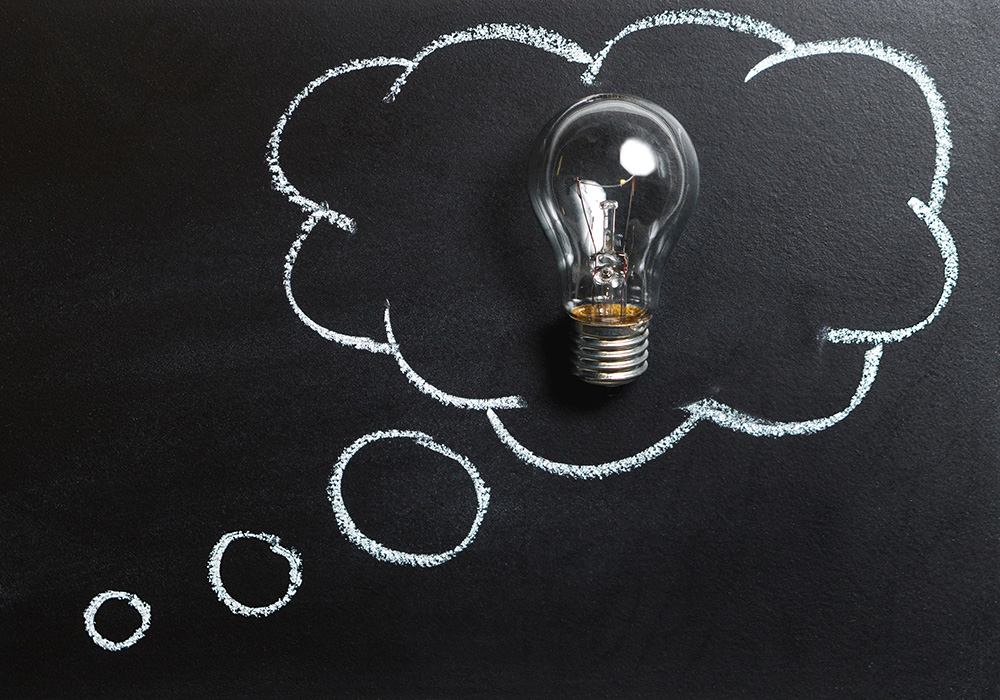 Our goal as a department is to educate students to think critically. Our scholars must learn the skills to investigate historical events, documents, media and current events with an analytical and evaluative eye. As a department, we hope to instill within our young people the ability to form their own conclusions through the compilation of evidence, fact and historical context. Ultimately, our graduates will leave academy field as informed and civically engaged citizens, ready to participate in democracy and impact society for the betterment of humanity. The role that a strong education in the Social Studies plays in the lives of our Goldbacks will be measured by their actions and character. 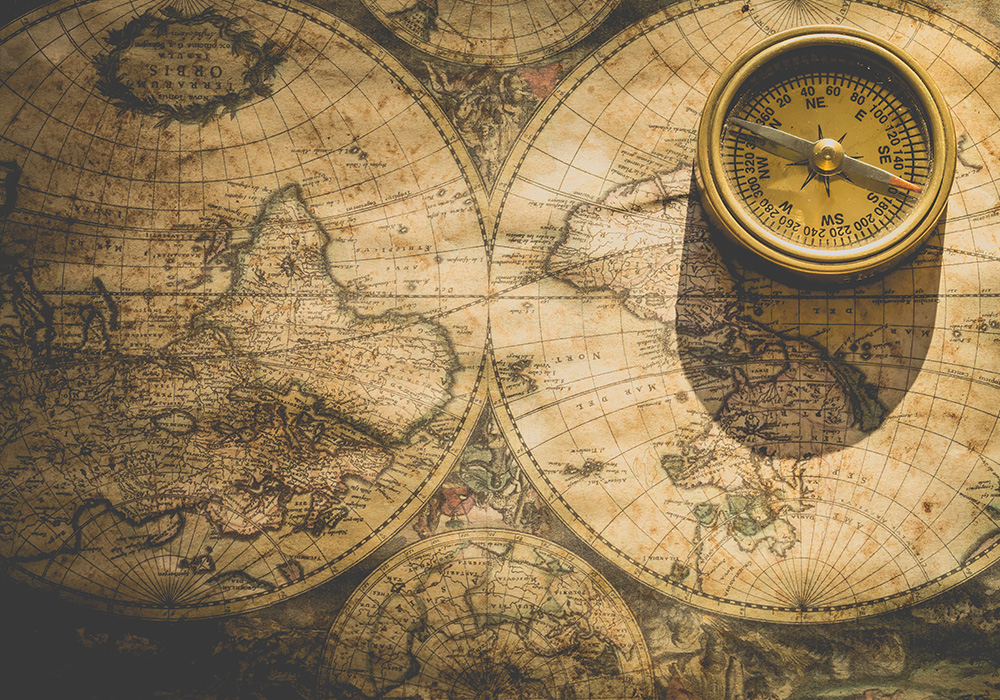 Our K-12 program and curriculum follow the New York State Social Studies Framework K-8 and 9-12 and are embellished with a wide array of Open Educational Resources (OER’s) including but not limited to: 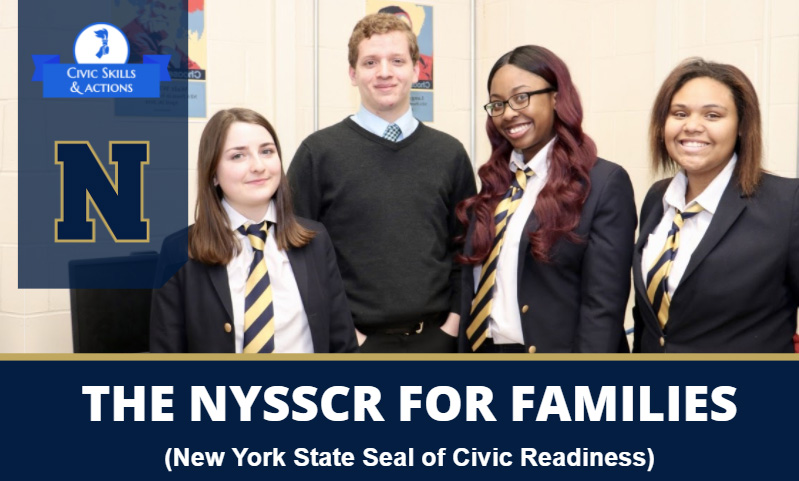 The Seal of Civic Readiness is a new initiative supported by the NYS Department of Education.  In order to earn a civics seal, students have to earn a total six points through various schoolwork and outside activities that demonstrate their knowledge of civics, as well as civic engagement. 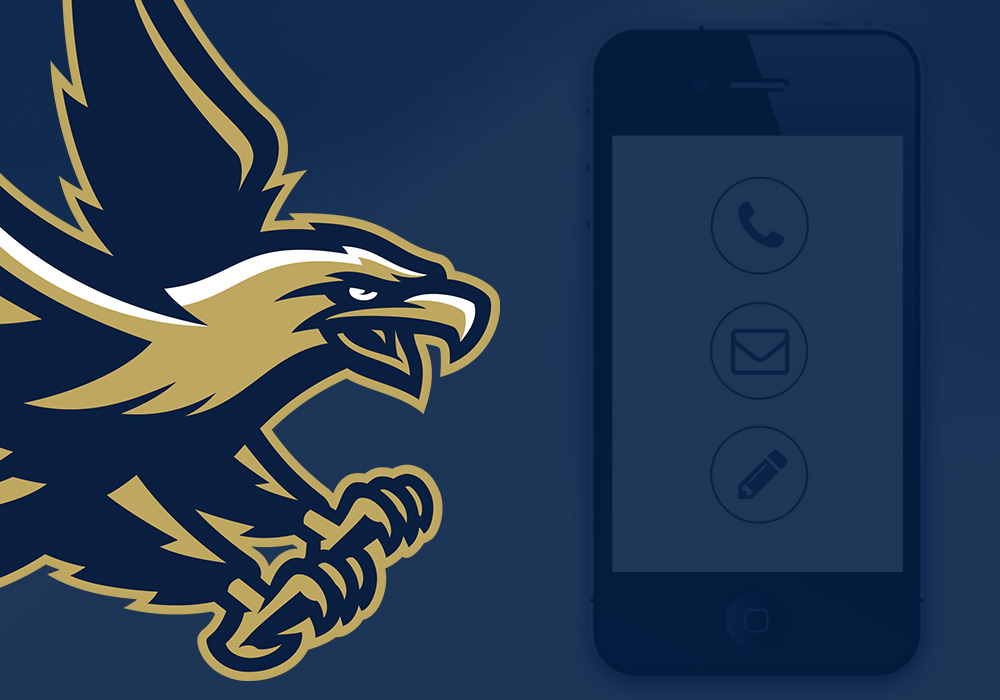 Level Pre-K: Self as an Individual

Level K: Self and Others

Grade 1: My Family and Other Families, Now and Long Ago

Grade 2: My Community and Other United States Communities

Grade 3: Communities Around the World—Learning About People and Places

In Grades 7 and 8, students will examine the United States and New York State through a historical lens. The two-year sequence is arranged chronologically beginning with the settlement of North America by Native Americans and ending with an examination of the United States in the 21st century. Although the courses emphasize the skill of chronological reasoning and causation, the courses also integrate the skills and content from geography, politics, economy, and culture into the study of history.

Grade 7 Social Studies is arranged chronologically and incorporates geography as well as economic, social, and political trends. The course content is divided into eight Key Ideas, tracing the human experience in the United States from pre-Columbian times until the Civil War, with a focus on the people, events, and places in New York State as applicable.

Grade 8 Social Studies is arranged chronologically beginning with Reconstruction and ending at the present and incorporates geography as well as economic, social and political trends. The course content is divided into nine Key Ideas; the first seven trace the human experience in the United States from Reconstruction to the end of World War II. The last three Key Ideas examine different themes in United States and New York history from the post-War period up to the present day providing the opportunity to explore contemporary issues.

Global History and Geography I and II

The program for grade nine begins a two-year global history course organized chronologically.  Grade 9 begins with earliest civilizations through 1700. The emphasis is thematic, with a strong focus on global relationships.  Essay writing and document analysis skills are developed throughout the course

The program for grade 10 concludes the two-year global history course begun in 9th grade.  The course is organized chronologically. Grade 10 focuses on the period after 1700.  This course emphasizes geography, history, economics, and global relationships as well as essay writing and document analysis skills.

The Advanced Placement level course is offered by the College Board. It centers on six overarching themes that describe the global human experience. They serve to connect five unifying historical threads (Foundations, 8000 B.C.E.-600 C.E., 600 C.E.-1450 C.E., 1450-1750, 1750-1914, 1914 to present). The course will devote considerable focus on critical evaluation of primary and secondary sources, oral presentations, research papers, simulations, United States history and government. This is a chronologically organized course in United States history.  The emphasis is on the United States as an industrial nation. Constitutional and legal issues are explored, as well as issues of international involvement. Document analysis and essay writing skills are an important focus.

Prepares students for both the N.Y. State Regents exam in U.S. History & Government and the Advanced Placement examination given in May of the school year will be expected. In order to qualify for the program, the student should have a great interest in American History and be prepared for required extensive reading in the content area including supplemental historical books.

US History and Government, Economics, and Participation in Government

United States History and Government begins with the colonial and constitutional foundations of the United States and explores the government structure and functions written in the Constitution. The development of the nation and the political, social and economic factors that led to the challenges our nation faced in the Civil War are addressed. Industrialization, urbanization and the accompanying problems are examined, along with America’s emergence as a world power, the two world wars of the 20th century and the Cold War. Students explore the expansion of the federal government, the threat of terrorism and the place of the United States in an increasingly globalized and interconnected world.

The course includes basic economic concepts and understandings which all persons need to function effectively and intelligently as citizens and participants in the economy of the United States and the world.  It emphasizes a practical understanding of the American economic system and personal finance.

The course is an introduction to the structure and functioning of government, to the means by which public policy decisions are made and to selected public policy issues in present-day American life.

The use of primary sources and other documents should be an integral part of a social studies program. Students should learn how to analyze historical documents and prepare essays and reports that describe different perspectives on various historical issues, events, and questions. Primary and secondary source documents can be found on a number of websites including the following:

Historical Atlas of the 20th Century

The Library of Congress

The Library of Congress Country Studies

National Council for the Social Studies

University of Texas at Austin