Joe Pimentel, a local muralist worked with fourth grade scholars at Meadow Hill School last week to paint a 36-foot mural in their school. Mr. Pimentel is a graduate of Meadow Hill School and was excited to be back to create his first mural in the Newburgh Enlarged City School District. The mural was be painted throughout the week and was completed on Friday.

Prior to the week of painting, Mr. Pimentel spoke with the fourth graders about his career path and his plans for the upcoming mural.  He showed photos of his early drawings of his favorite subject at the time – Ninja Turtles, that were primarily sketched. He then talked about his transition to drawing from his own imagination. Mr. Pimentel discussed his use of different mediums, but mostly using whatever he could find varying from colored pencils, crayons, and markers. He talked about his fascination with shapes and how they could be combined and manipulated to create designs and figures.

Mr. Pimentel has been featured at Comic Con where he completed a live drawing for Marvel. He has also created a drawing of Spider-Man as a promotion for a movie that was upcoming at the time. Additionally, he has been a featured artist at the Rise of the Jack’O Lantern Festival where he carves intricately designed pumpkins.

More recently, Mr. Pimentel has created murals in local restaurants and outdoor spaces, which he said was a new challenge considering most of his pieces were no larger than 11x17. In 2013, Mr. Pimentel began collaborating with schools to paint murals that are colorful and connected to the overall themes of the schools. The mural at Meadow Hill School will be his thirty-fifth mural in a school.

Mr. Pimentel attended Meadow Hill School and North Junior High (currently NFA North) before moving out of the district with his family. From high school, Mr. Pimentel attended SUNY Orange and NYIT for a year and then transferred to Parson’s School of Design where he graduated with a degree in Fine Art Illustration.

When speaking with the scholars last week, Mr. Pimentel explained the overall purpose of the mural and the importance of the scholars painting the entire mural. “The goal of this mural is to create teamwork and ownership because this is your home and it’s only right that this mural is yours, not mine.”

It took Mr. Pimentel about three weeks to sketch the whole design out. The concept of the design includes the character and spirit of the building that encompasses familiar objects that often represent the school, primarily a gem and the eagle. The gem has represented the school for decades and has had various acronyms that represent the overall goal for the building. Currently, Meadow Hill GEMS School represents scholars who are global, enterprising, moral and successful. The eagle represents the mascot for the district, the Goldback.

When explaining the design to the scholars, Mr. Pimentel described the meaning and inspiration for the design. “You will see a child holding a gem and that gem represents magic and endless possibilities. That’s why you see the children each holding a gem and the eagle holding it as well. The eagle is place so that when you walk into the school from the bus, you see the eagle popping out from you instead of on a flat surface, so it’s more welcoming.”

Photographs from the week: https://drive.google.com/drive/folders/1zJA0tOudBL3Dig6Tka214DmIOL5wmwxQ?usp=sharing 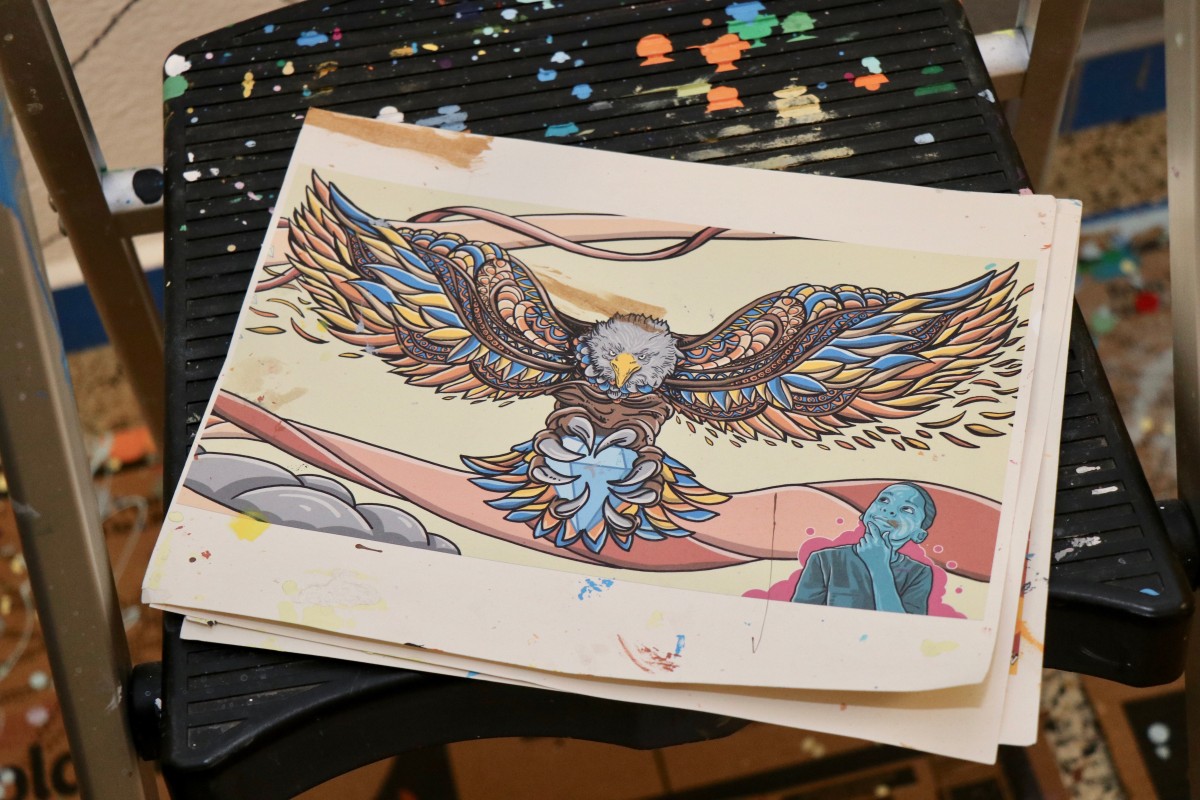 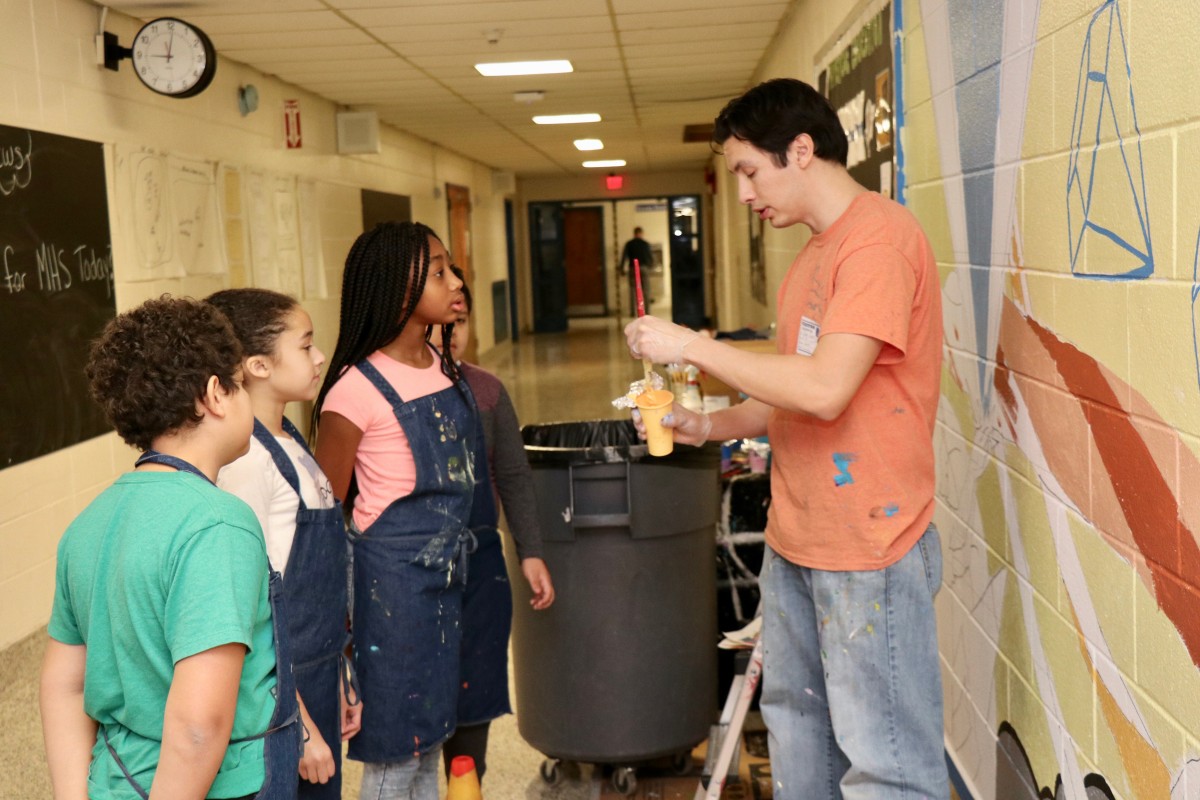 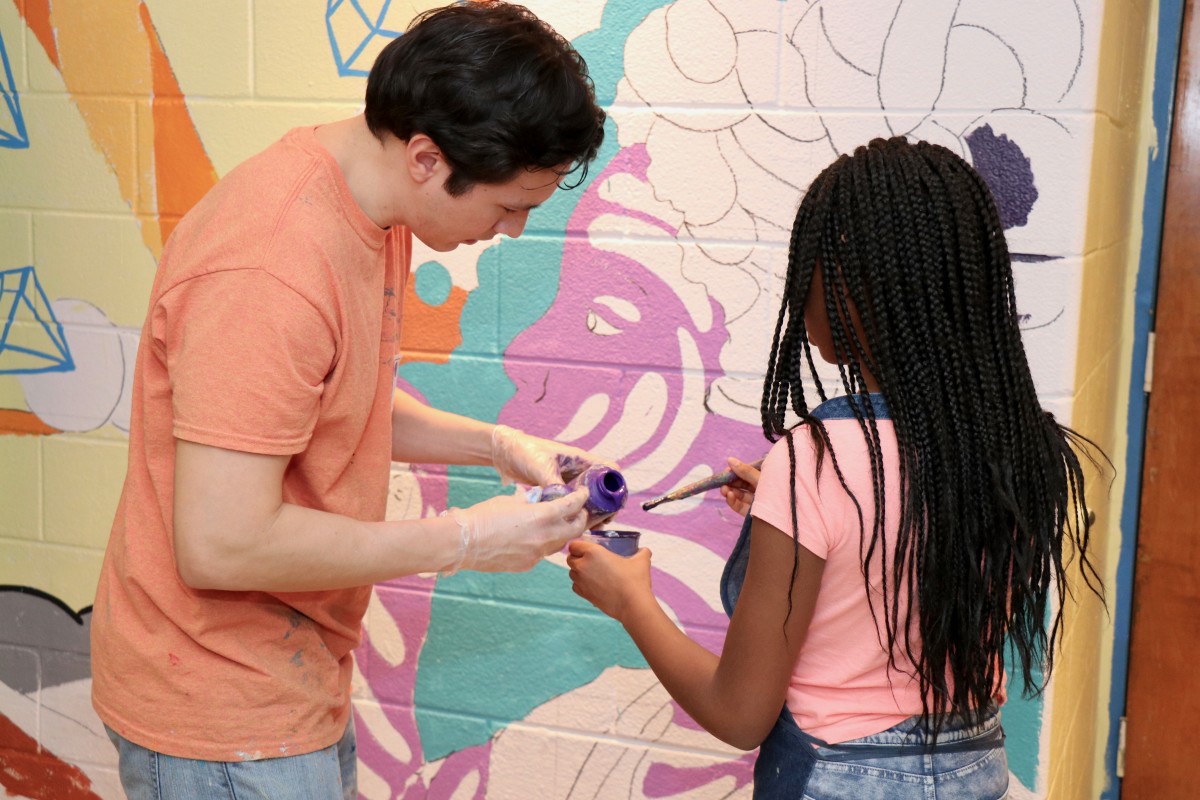 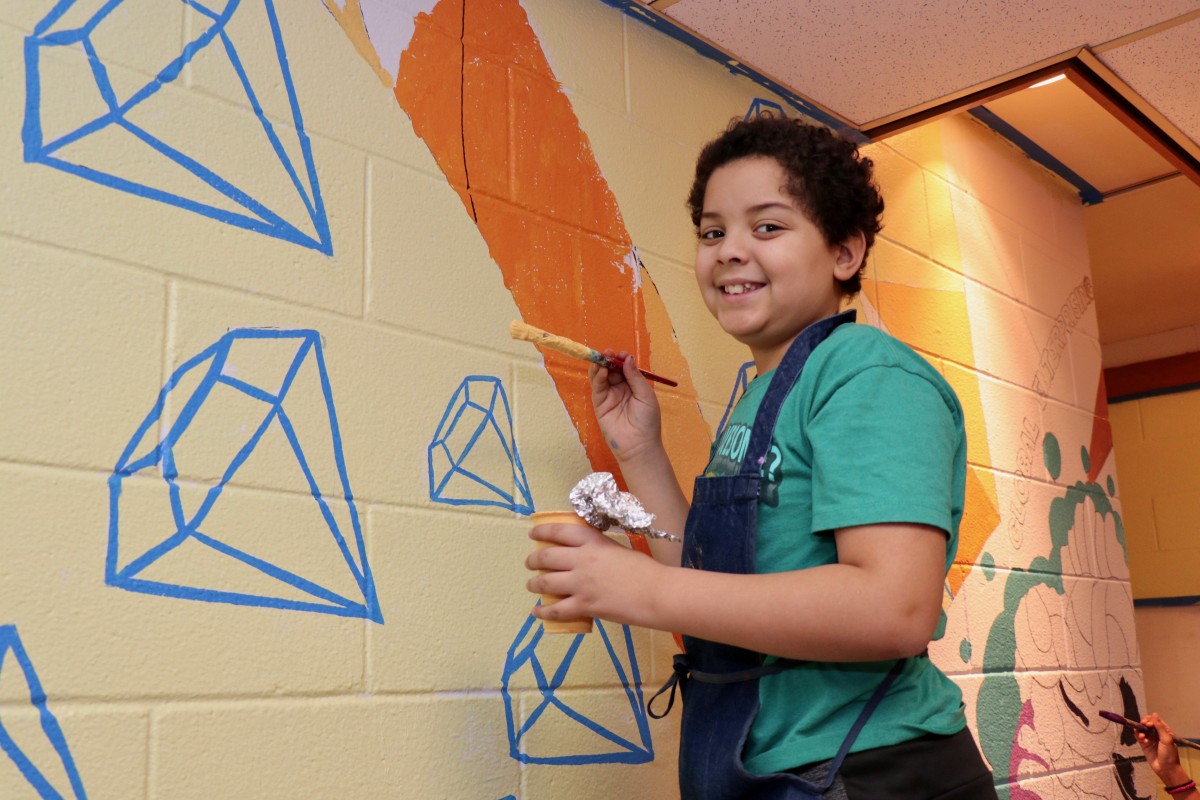 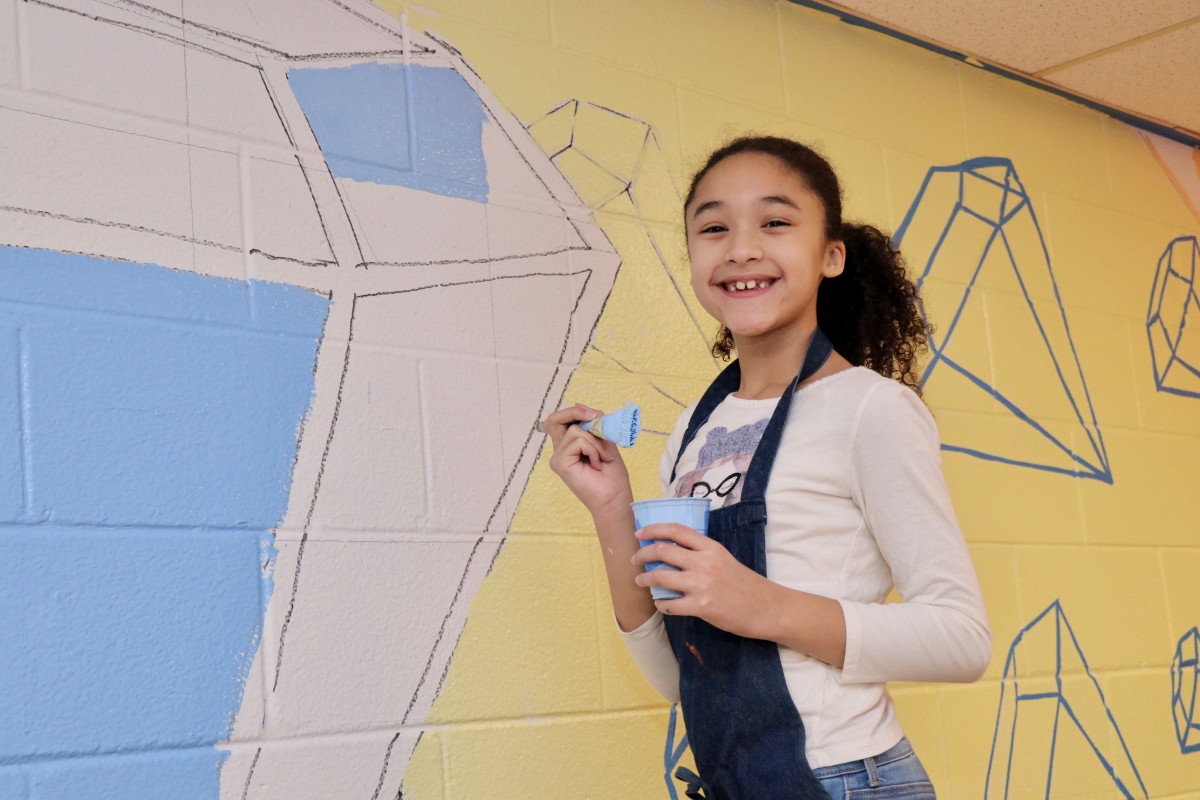 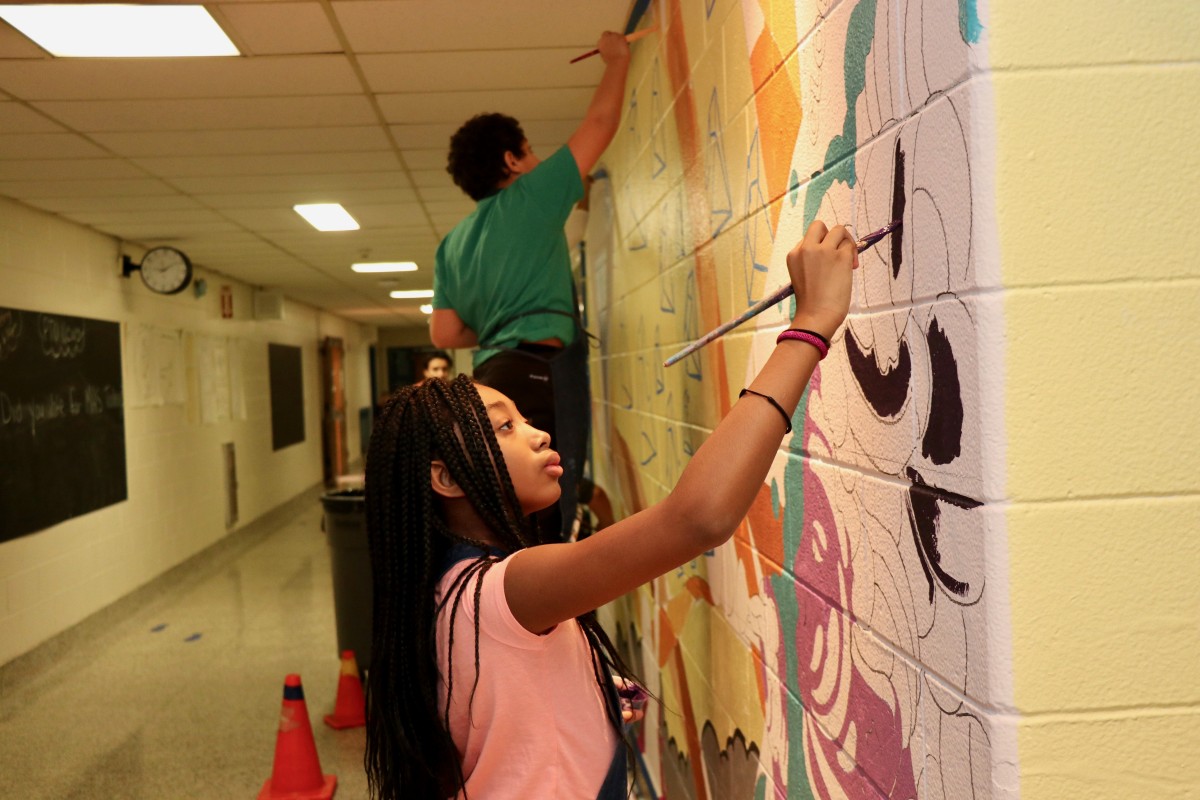 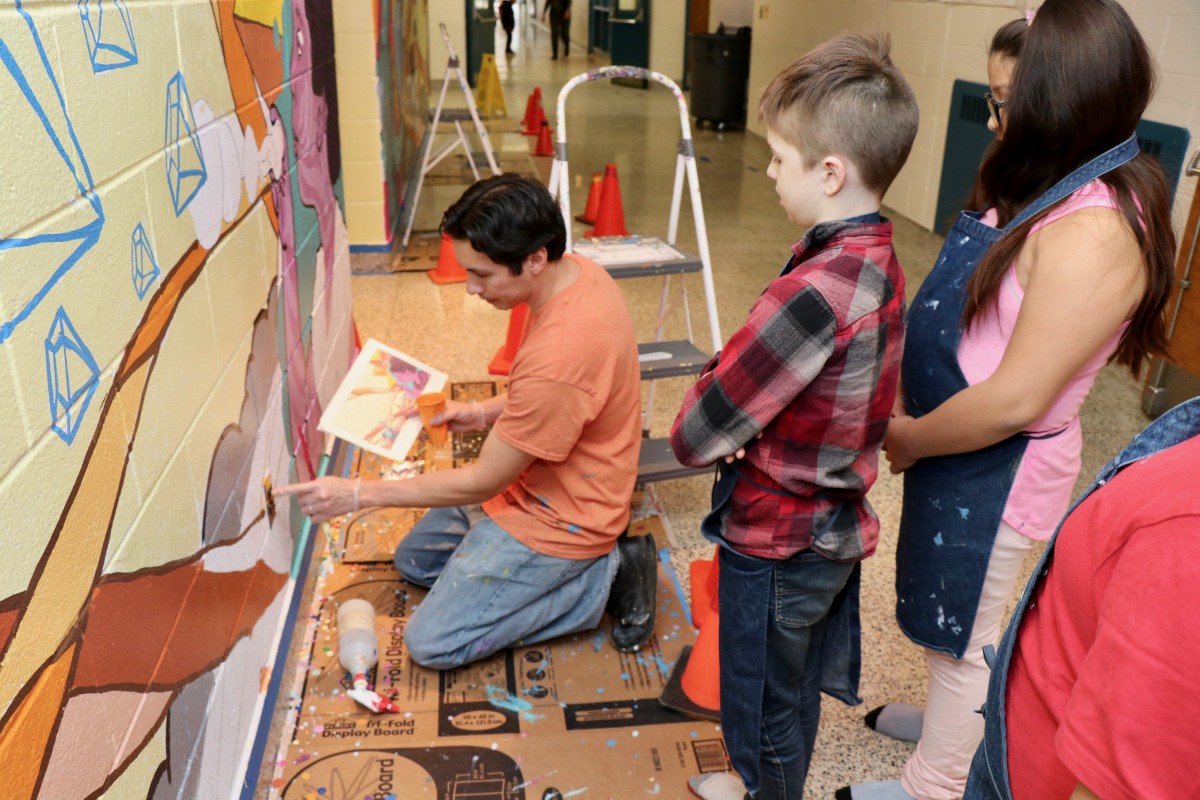 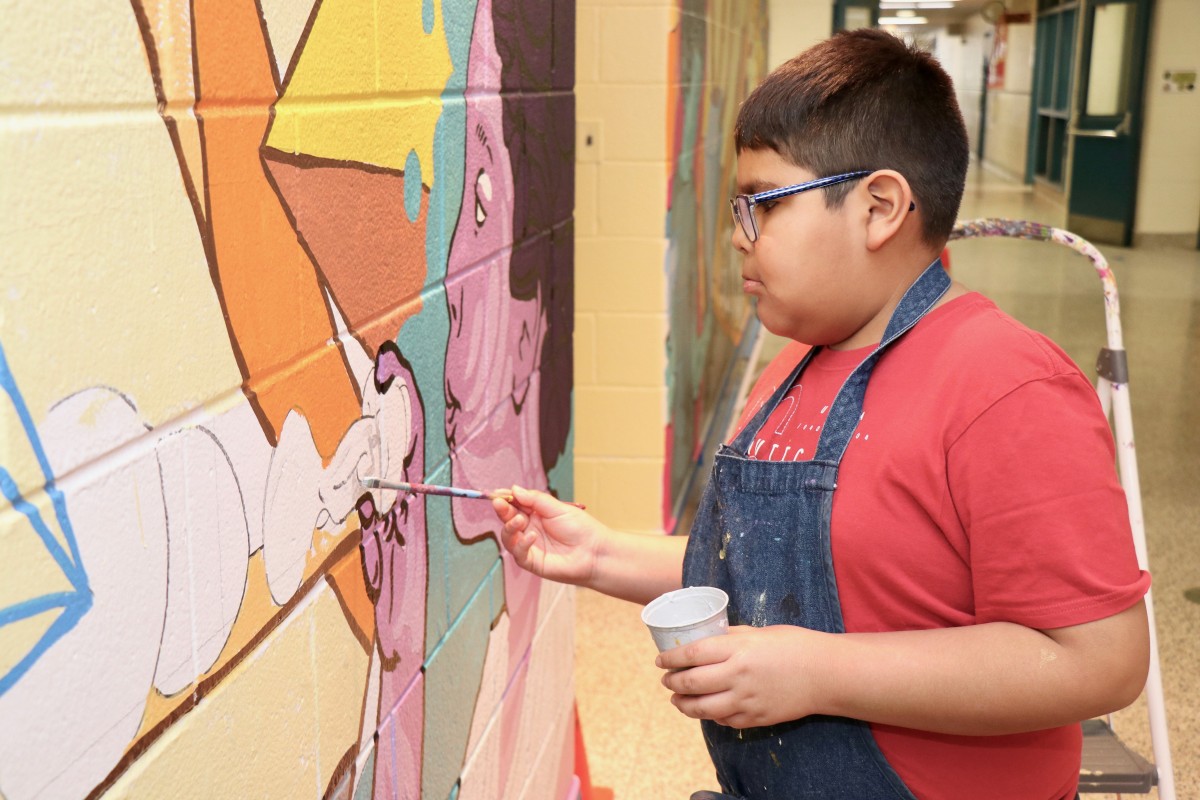 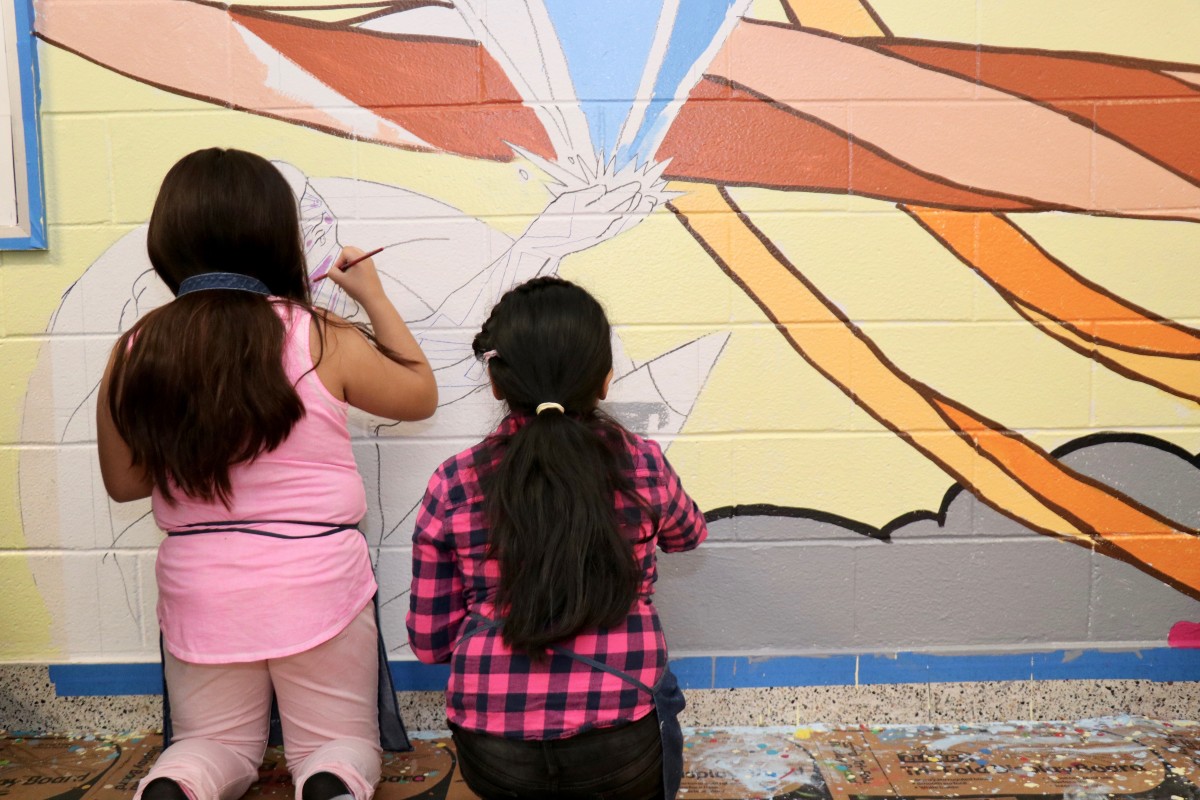 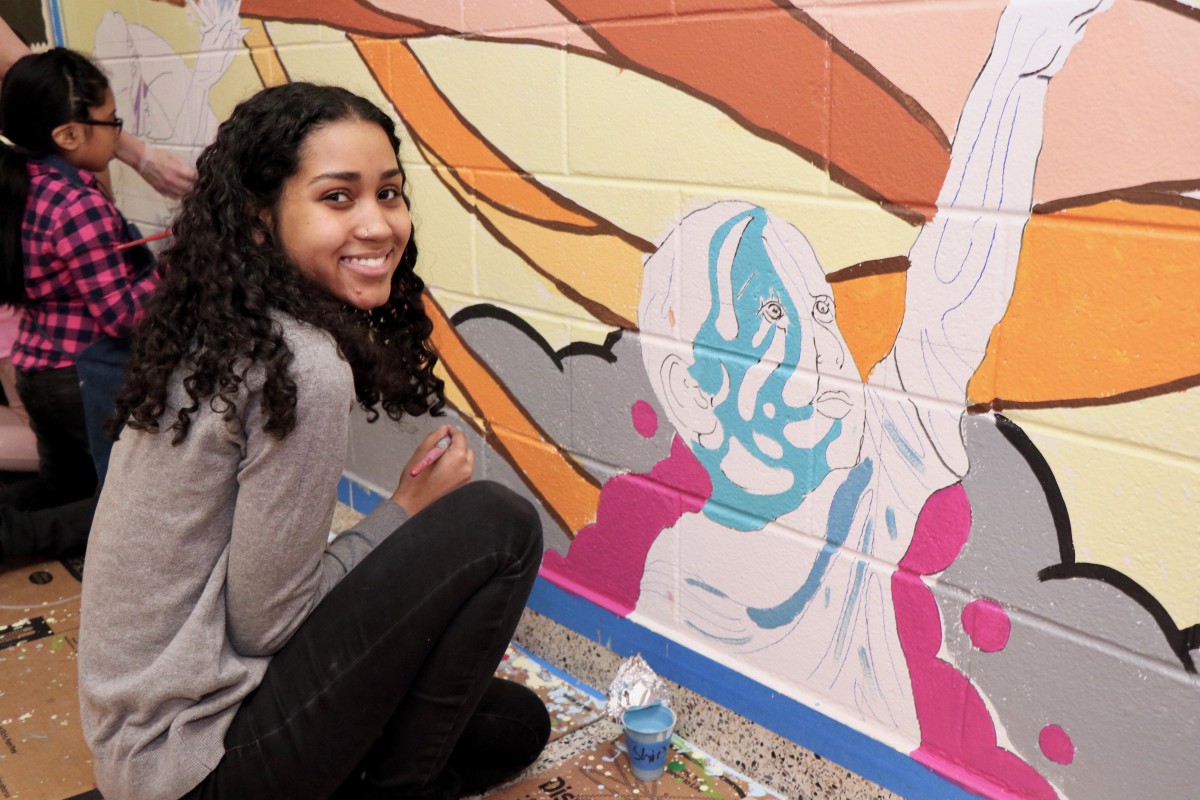 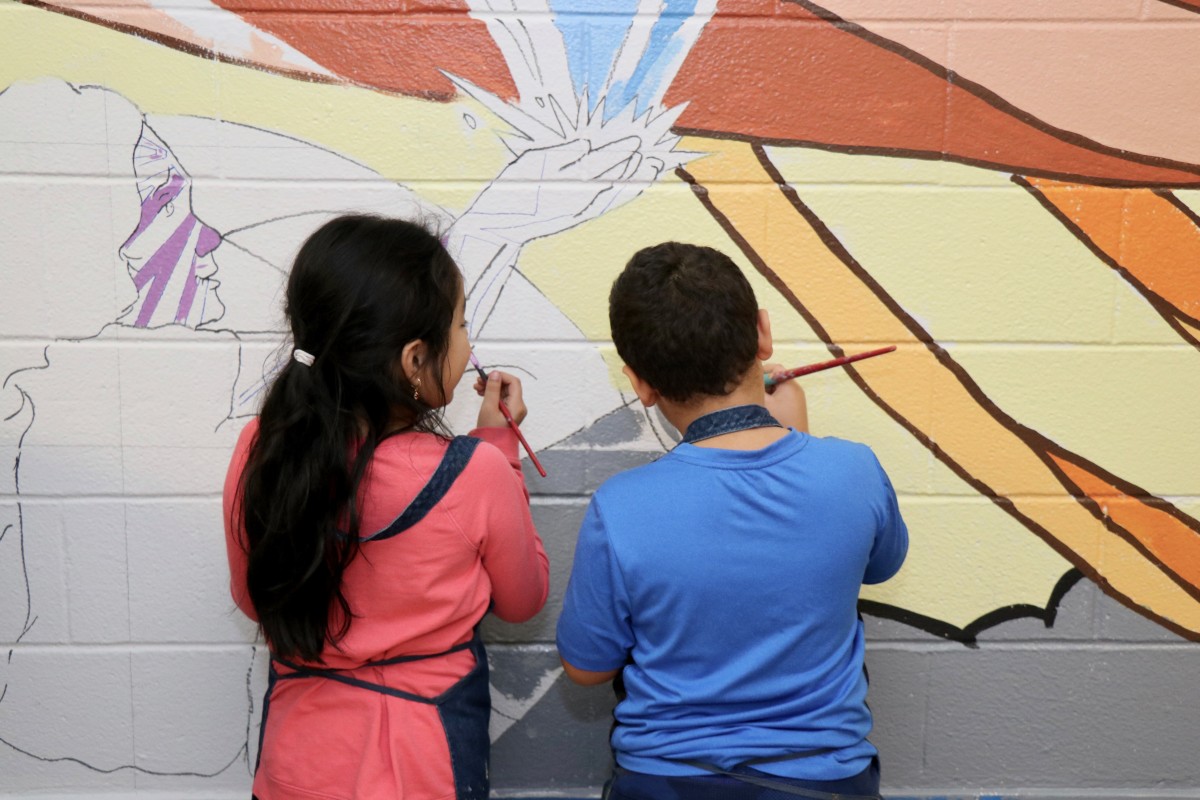 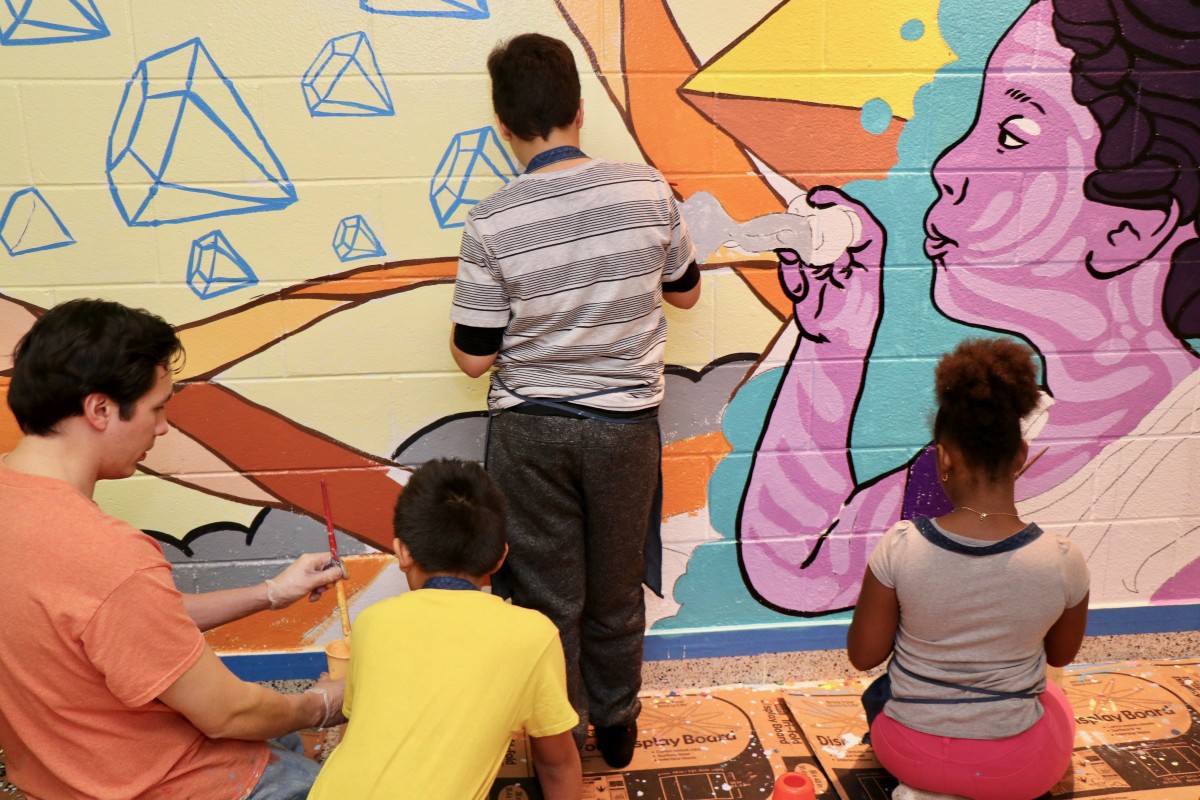 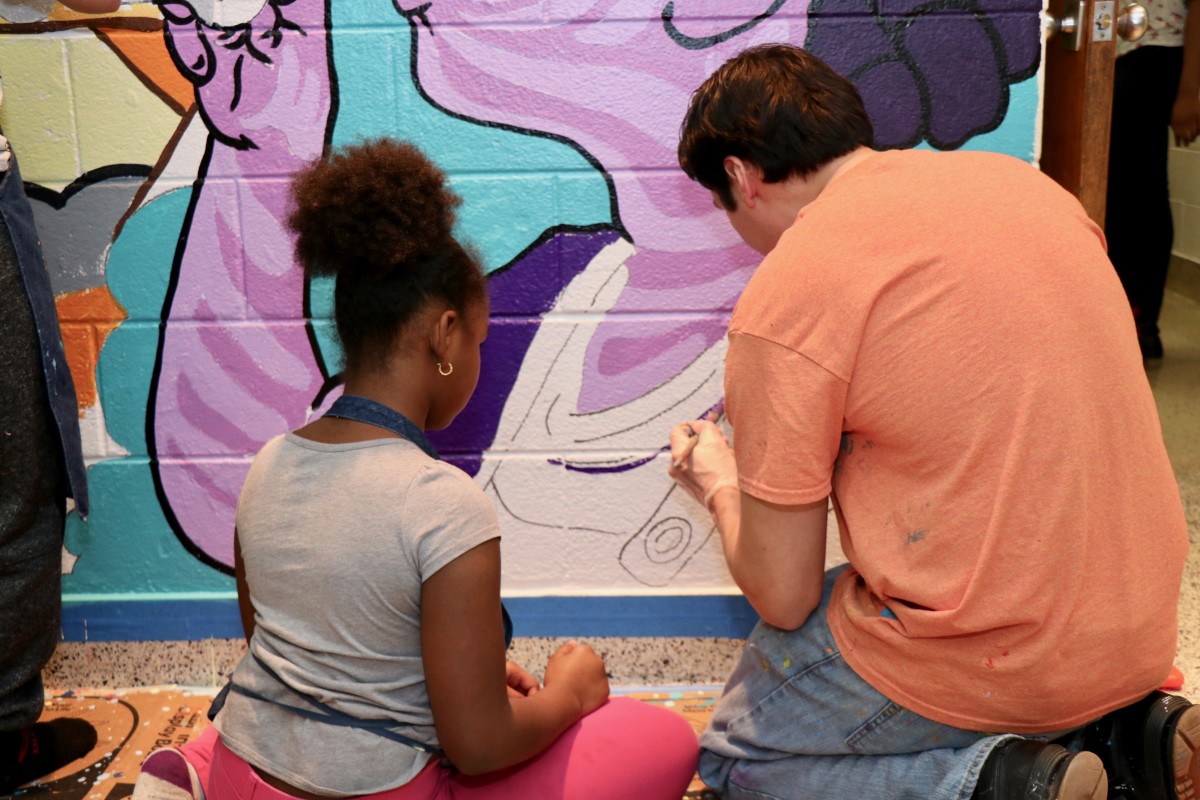 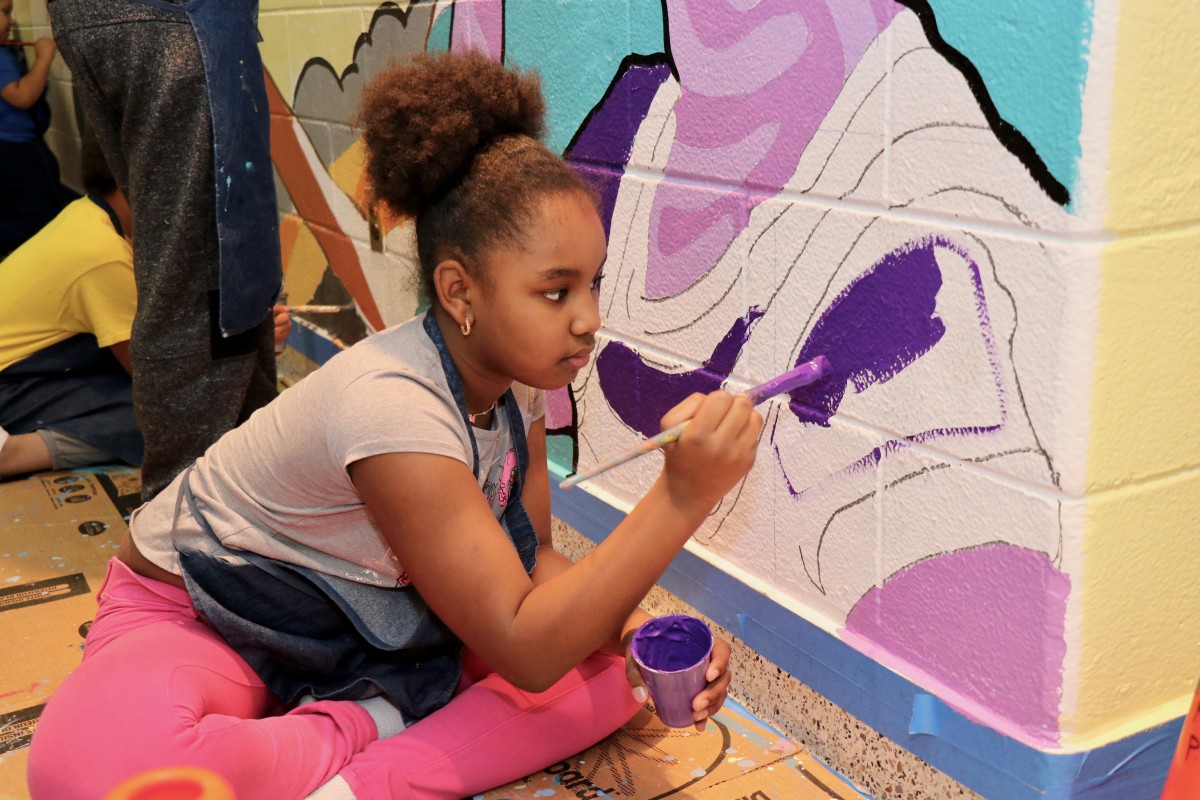 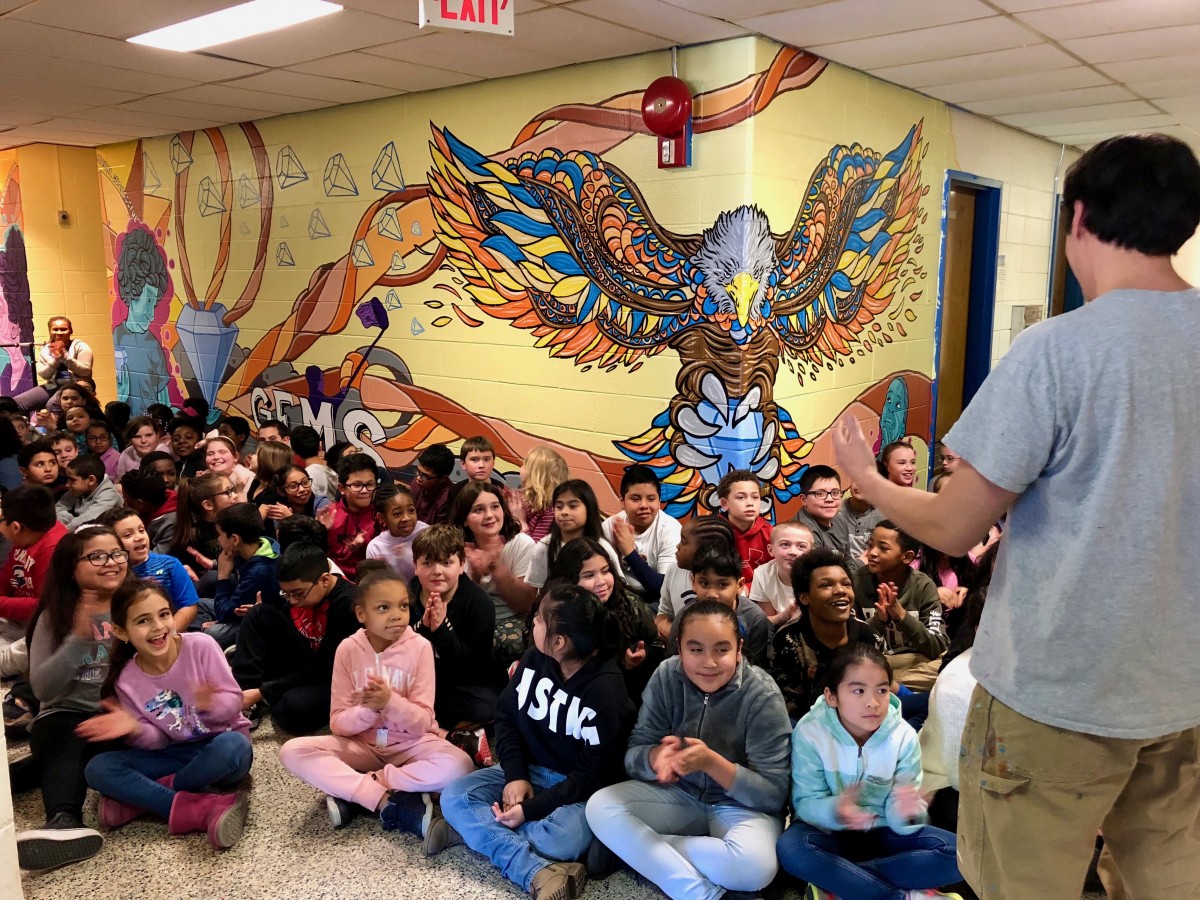 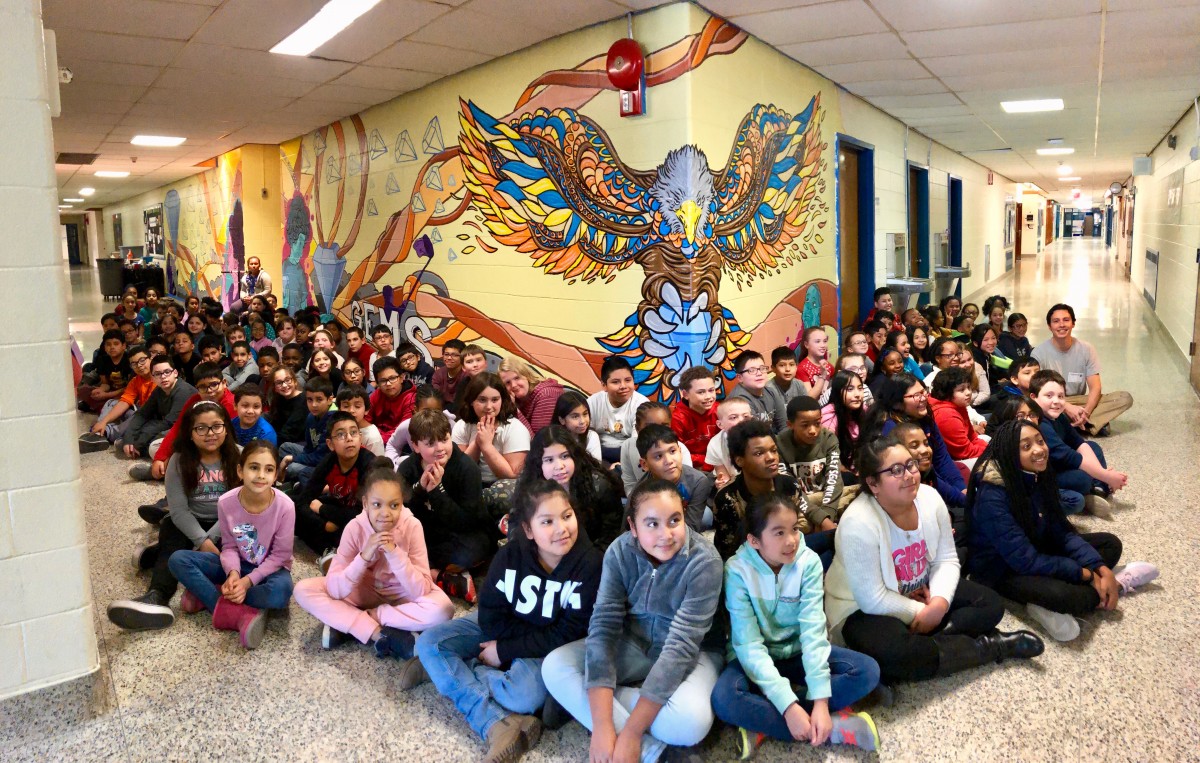