Edgar Cruz, 12th grade scholar at Newburgh Free Academy West Campus participates in a weekly internship with Clark Patterson Lee, an architecture, engineering, and planning firm located in the city of Newburgh. Each week, Edgar spends most of his day experiencing this career path.

Mr. Chris Ladanyi is one of the associates who works with Edgar each week. “We try to give back to the community for the kids. The children who are impacted in our local community are essentially on our mind during the creation process for several of our projects. Welcoming Edgar to intern here is part of our goal to support our local community.”

“I know from my own experience that I learned the basics in school, but the practicing aspects of architecture and engineering in addition to the business aspect are skills I wasn’t necessarily taught or exposed to in my classes – even in my graduate classes. It’s important for students to get in and experience how everything runs. An internship like this is really invaluable to young students like Edgar. This exposure helps him figure out what he likes and what he doesn’t like which really puts him ahead of the game.” Mr. Chris Ladanyi, Associate at Clark Patterson Lee

Currently, Edgar is working on a hypothetical project for his high school, NFA West Campus. He is designing an overall mechanical heating and cooling system for the West Street building. He is working with up to date technology that he uses on a computer designated just for him at the CPL offices in the City of Newburgh.

Last year, Edgar also interned at Clark Patterson Lee, but was working on projects focused more on architecture. At that time, he was designing classrooms. His current and previous projects have real-time elements as CPL has been developing pre-referendum work for the upcoming capital bond proposal for the Newburgh Enlarged City School District. While working on the project, the team found exercises for Edgar that evolved into the creation of his ideal high school.

Edgar started with the current design and then pointed out what he liked and what he thought could be improved. From there, he developed a list that evolved into his high school design. The design included placement of windows, furniture, and placement of the teaching wall. Edgar reviewed a catalog of furniture options to select the ideal seating and table spaces for learning. As the classrooms were individually designed, placement of adjacent spaces that tend to be louder in nature (cafeteria and gym spaces) were also discussed. Eventually, the schematic for the full high school took shape. The finished design showed an active learning room with a mix of traditional classroom furniture and more flexible seating and learning spaces – similar to the classrooms that are currently at NFA West Campus.

This year, Edgar has been working with Mr. Mike DiPaola, who has been teaching Edgar steps of how to design mechanical system for buildings. This complements Edgar’s first internship during his sophomore year with A. Prokosch & Sons Sheet Metal, that creates HVAC systems designed by architecture and engineering firms. Having both of these internship experiences allows Edgar to see the full process from design to creation of HVAC systems. Edgar also previously shadowed Minuta Architecture in New Windsor.

In working to design mechanical systems, Edgar uses a lot of math to figure out square footage and volume of room size, size of windows, and direction that windows face in a given space. Edgar has completed all math requirements and continues to take math electives for his high school courses. In his mock designs, Edgar is also learning how to balance form versus function.
­­­­­

Edgar was influenced by his uncle who is a mechanical engineer. His uncle used to take him to his shop a lot when Edgar was younger. “I fell in love with it. There is a lot of math. When I was younger, it was my favorite subject but now it has gotten a lot harder. I plan to get a tutor in college to make sure that I can keep up with it all.”

“Last year, I tried architecture and it was cool but it wasn't what I imagined. Architecture was more about visual design of a building, but what I like doing is studying and working on the inner workings of a building design, like the HVAC System and the math behind engineering.” Edgar Cruz, 12th grade student at Newburgh Free Academy West Campus.

When discussing his internship, Edgar made sure to emphasize the support he has received from his advisor and teacher, Mrs. Nina Jalbert, “because if it wasn't for her I would have never gotten this internship.” He also expressed thanks to his co-principal Ms. Ebony Clark and to his family for being so supportive. 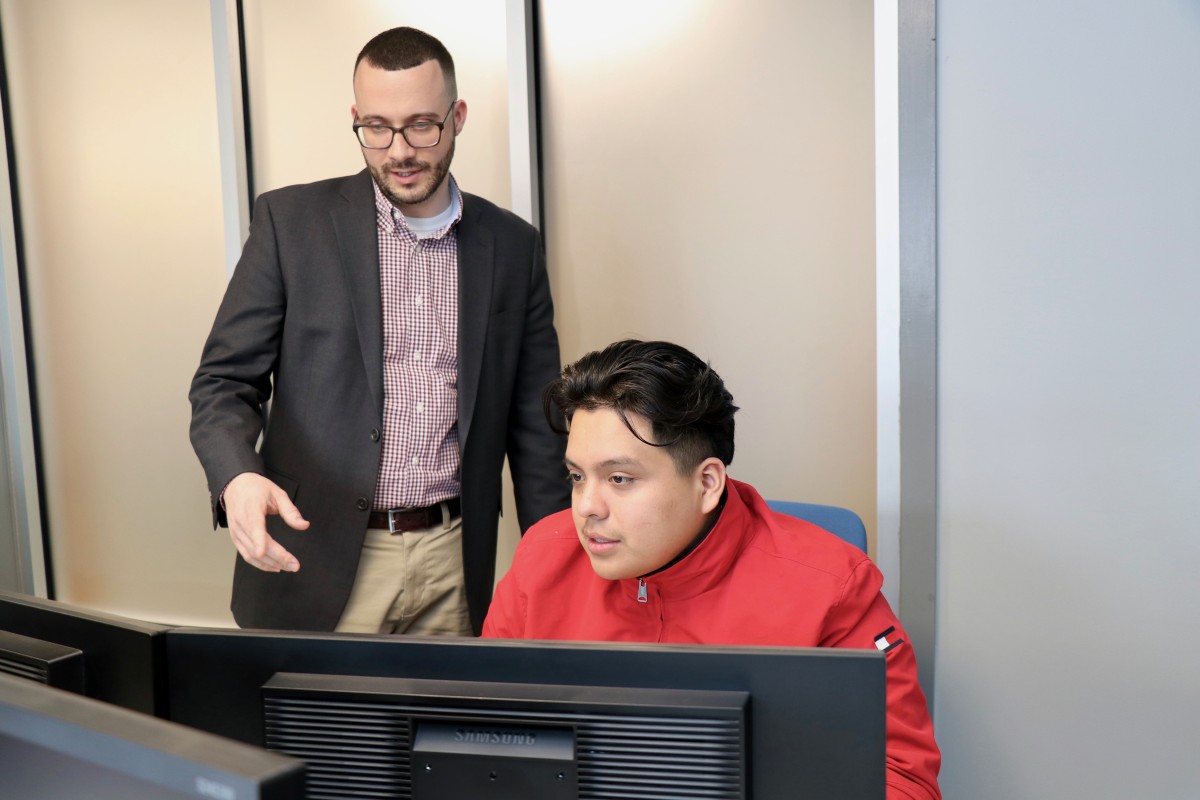 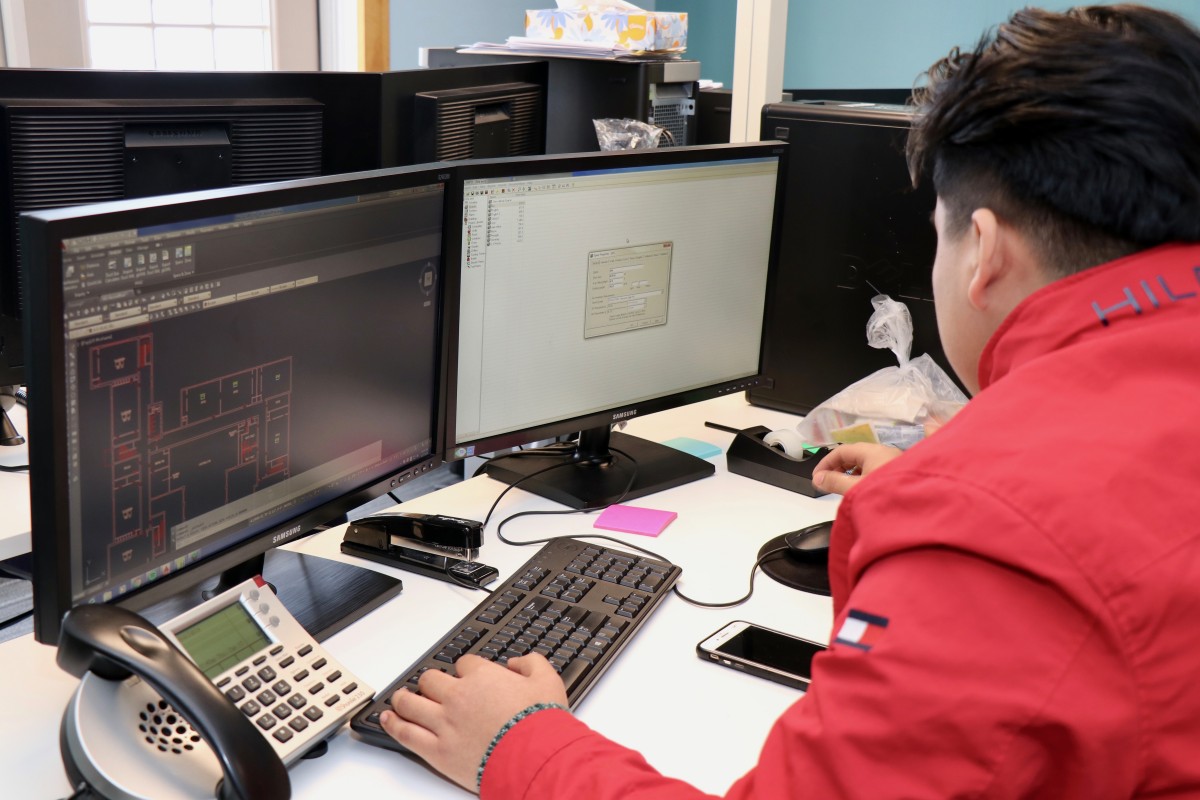 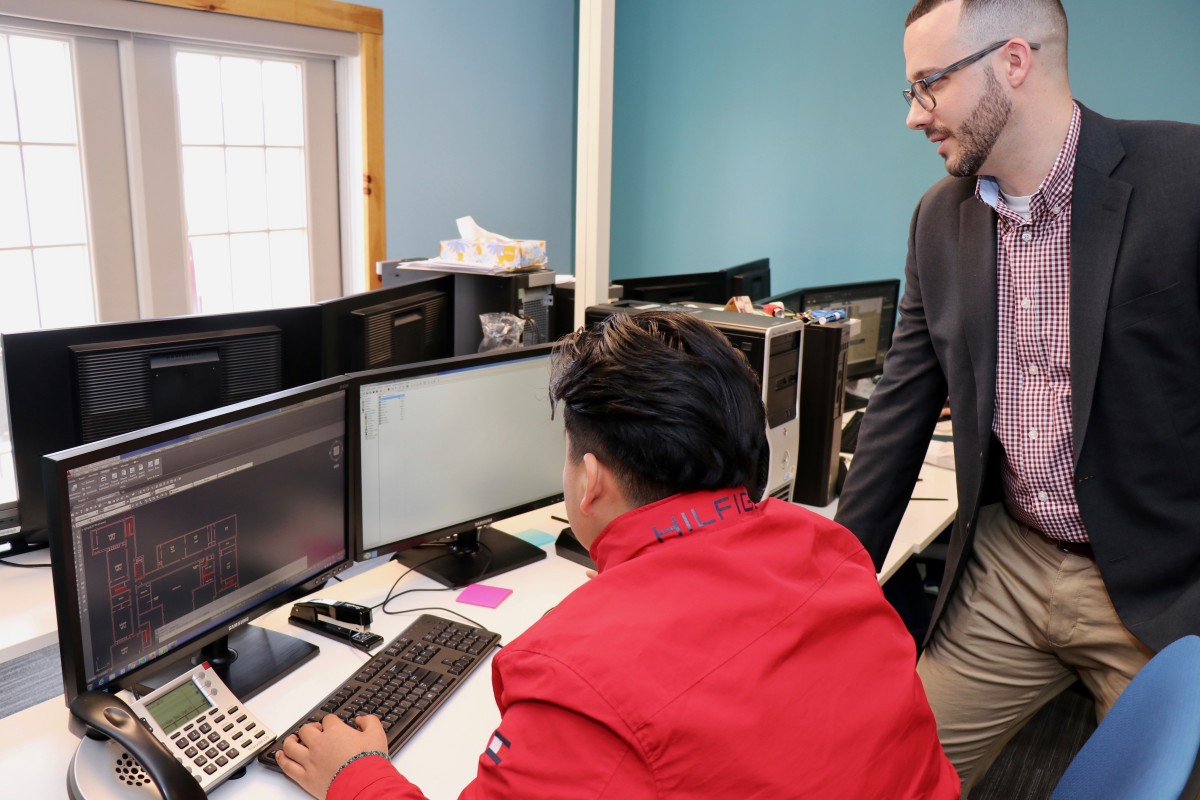 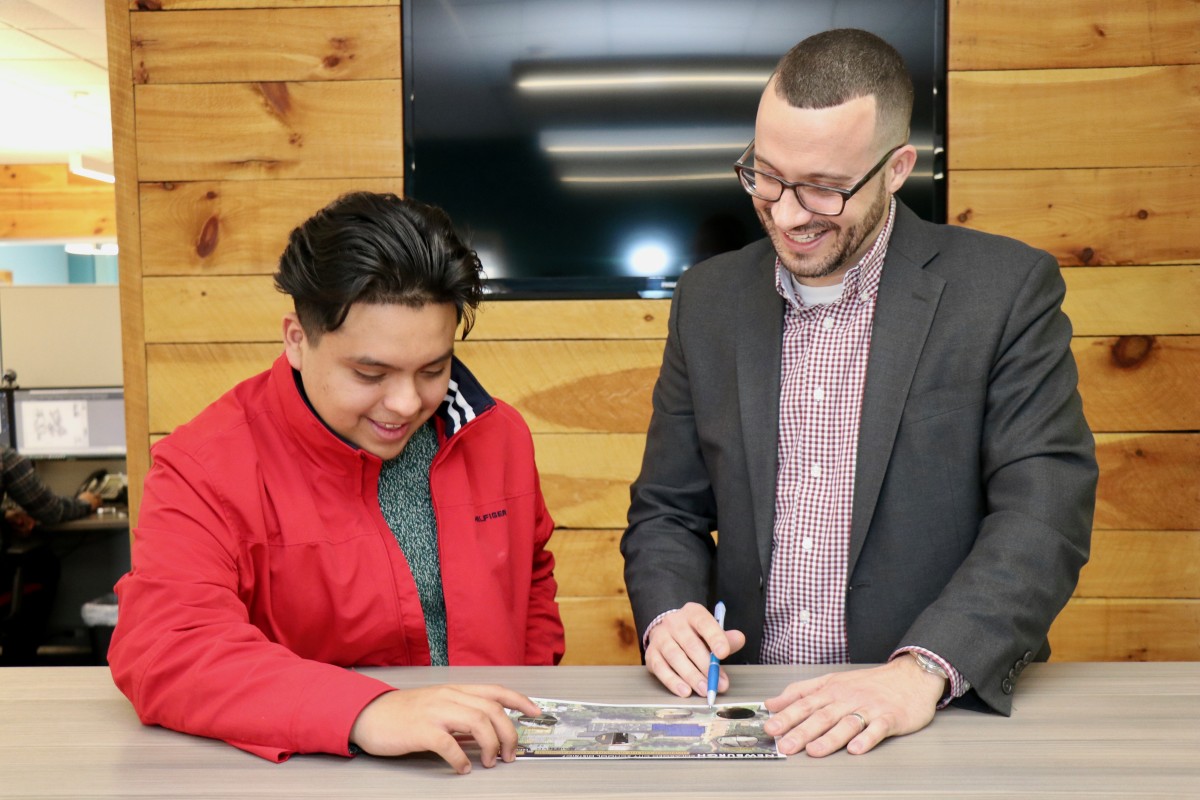 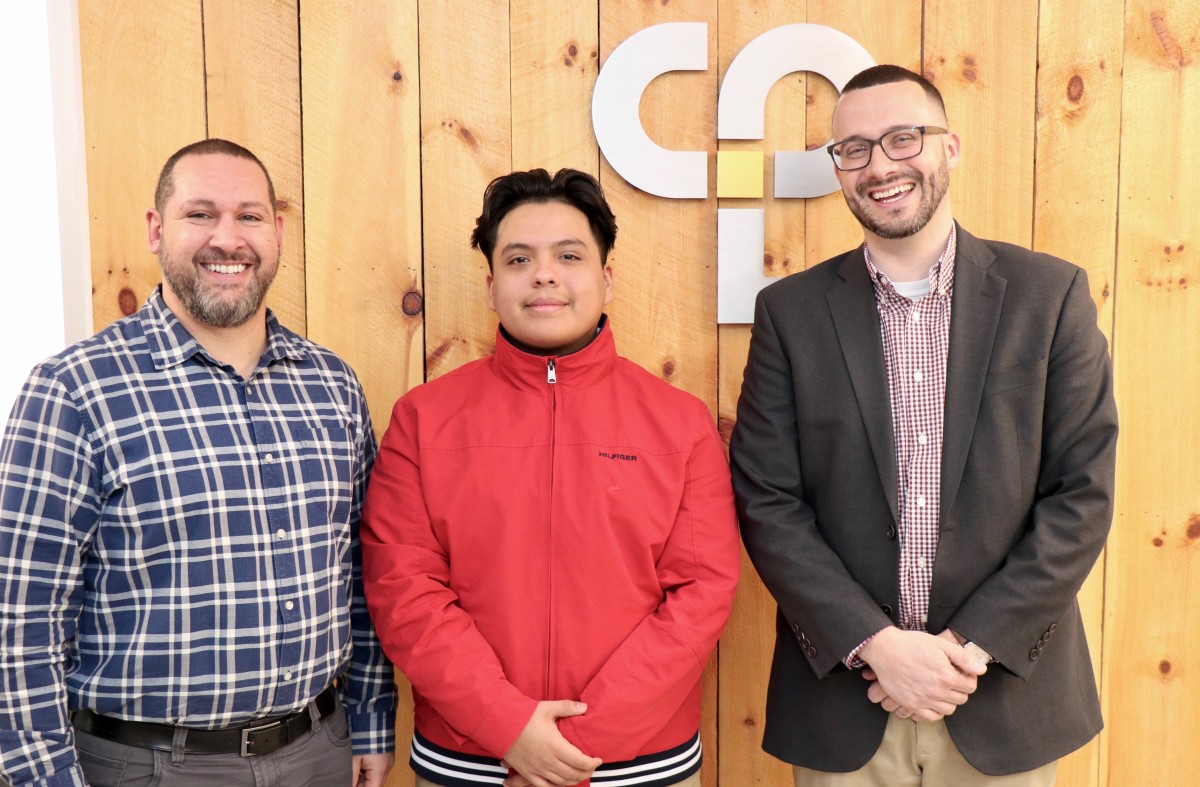 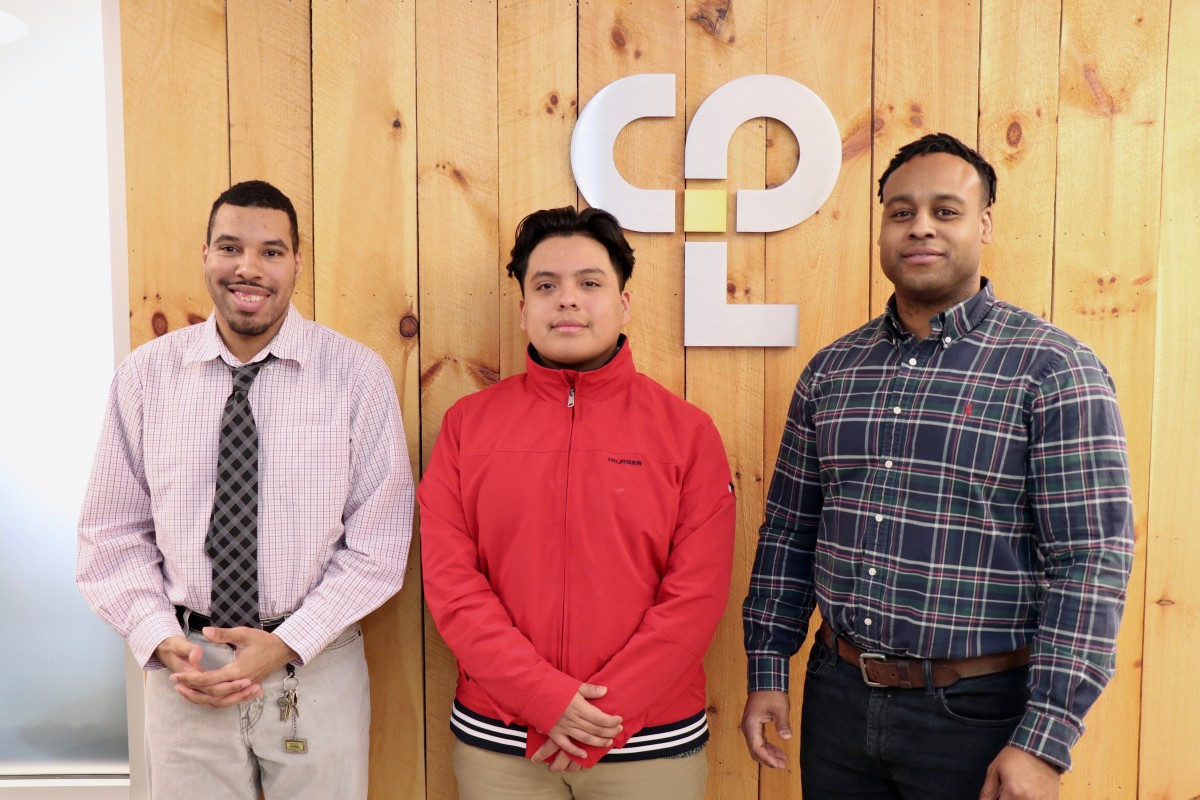