High school scholars from Newburgh Free Academy PTECH hosted She Can STEM, an event that focused on young girls and women in Science, Technology, Engineering, and Math (STEM) fields. Middle school students throughout the Newburgh Enlarged City School District were invited to attend the event that included networking with the high school students and participants from IBM as well as an event that tested their STEM skills.

Colorful portraits of historical female figures who have made achievements in a STEM field were distributed at the middle school scholars arrived to the event. Groups were assigned based on the historical figures to facilitate networking opportunities for the students. Discussion questions were laid out to help guide the conversations. After dinner, participants transitioned to an event.

High school scholars facilitated the event as middle school scholars were given a task to complete. The groups were challenged to develop a system to roll a marble across the floor by creating a ramp. Each team was given paper, tape, and a marble. The team whose marble came closest to the finish line won the challenge. The teams were encouraged to design, build, test, and communicate as they engineered their system.

Two women from IBM who serve as mentors to NFA PTECH scholars were on hand to work with the young women. Patrice Scully studied computer science in college and has worked at IBM Watson Group for 37 years. Nicole Rae has been with IBM for three years and works with IBM Z content design and development – one of the latest z14 systems.

More photos from the event can be found here. 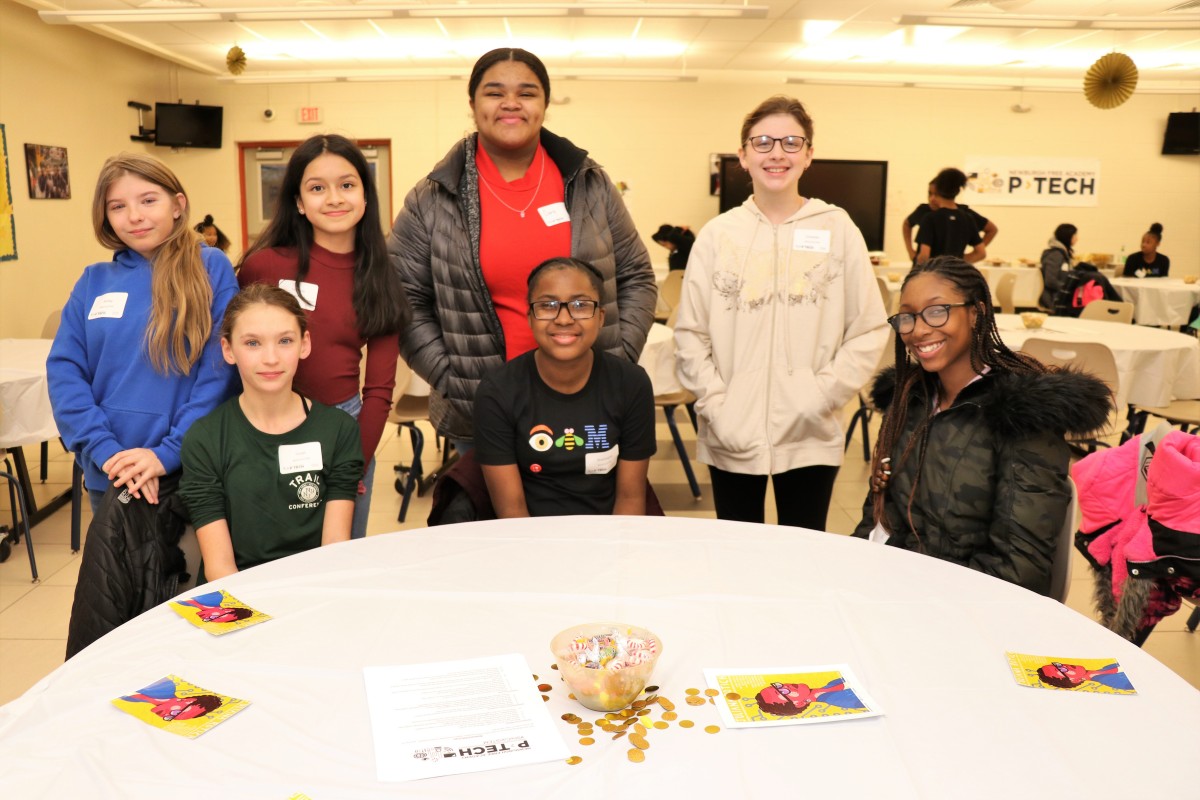 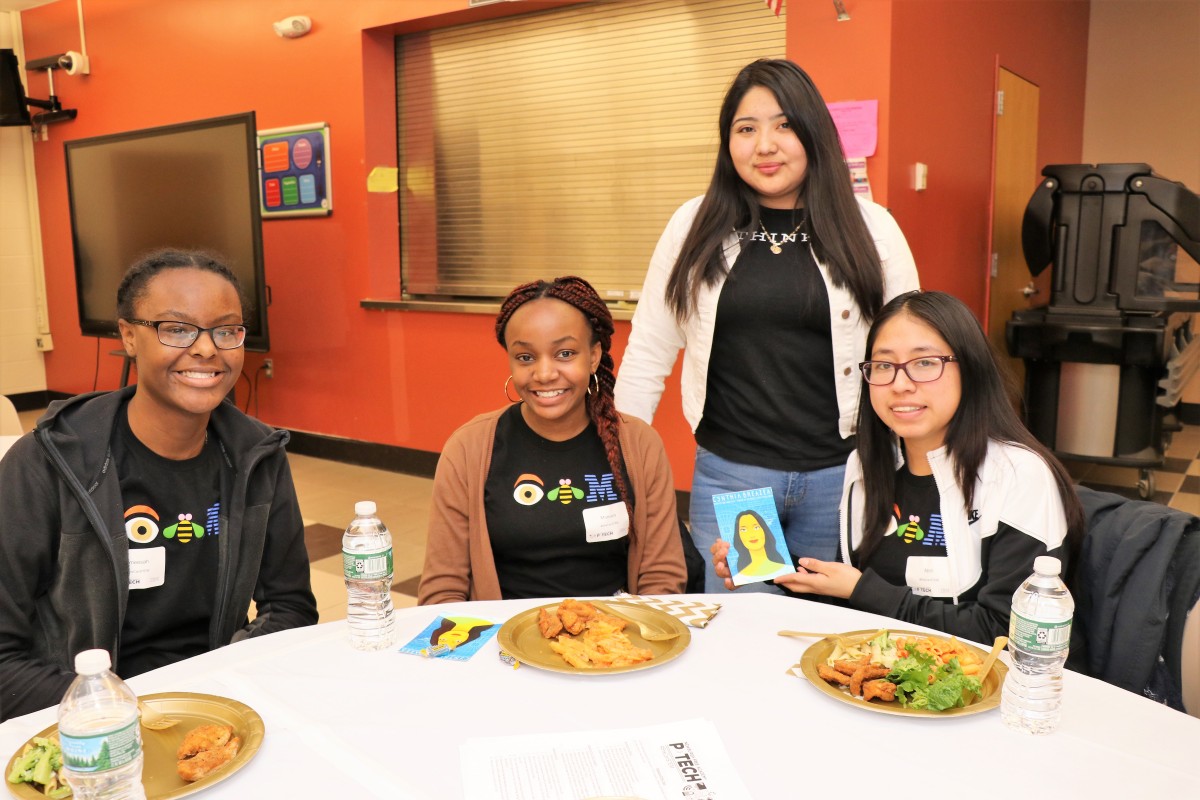 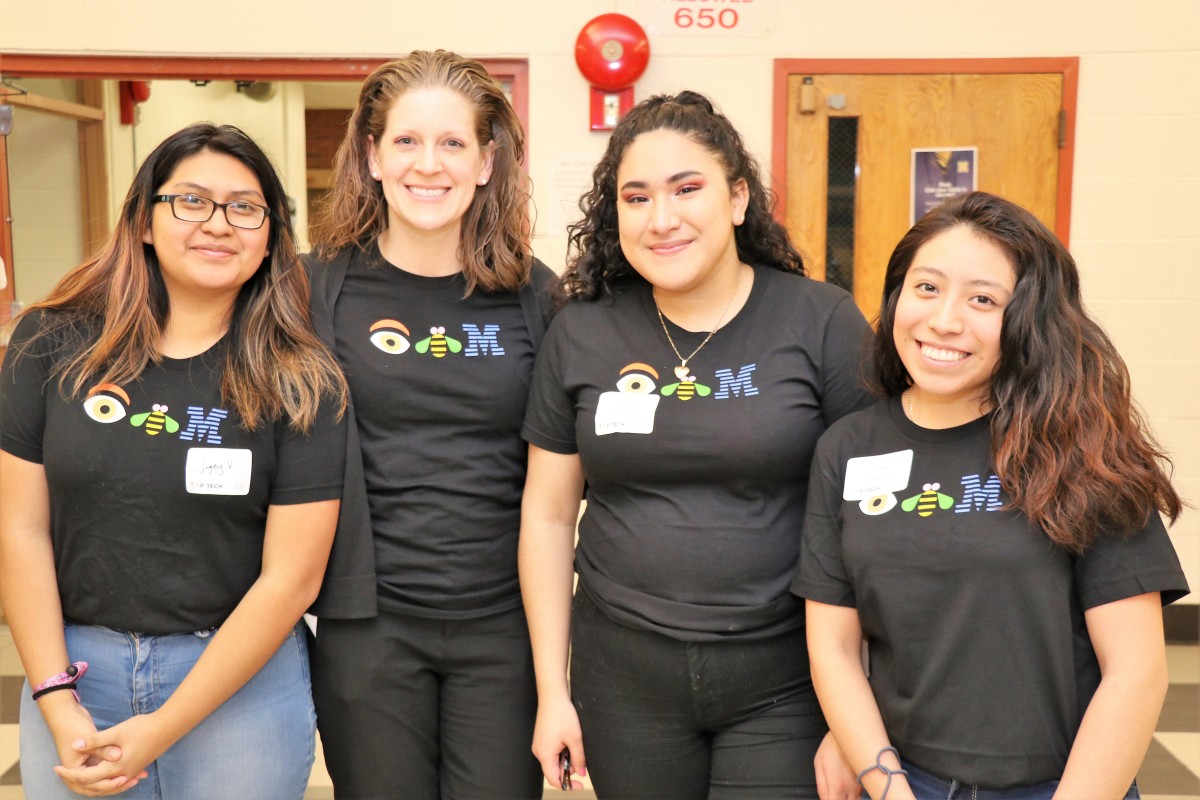 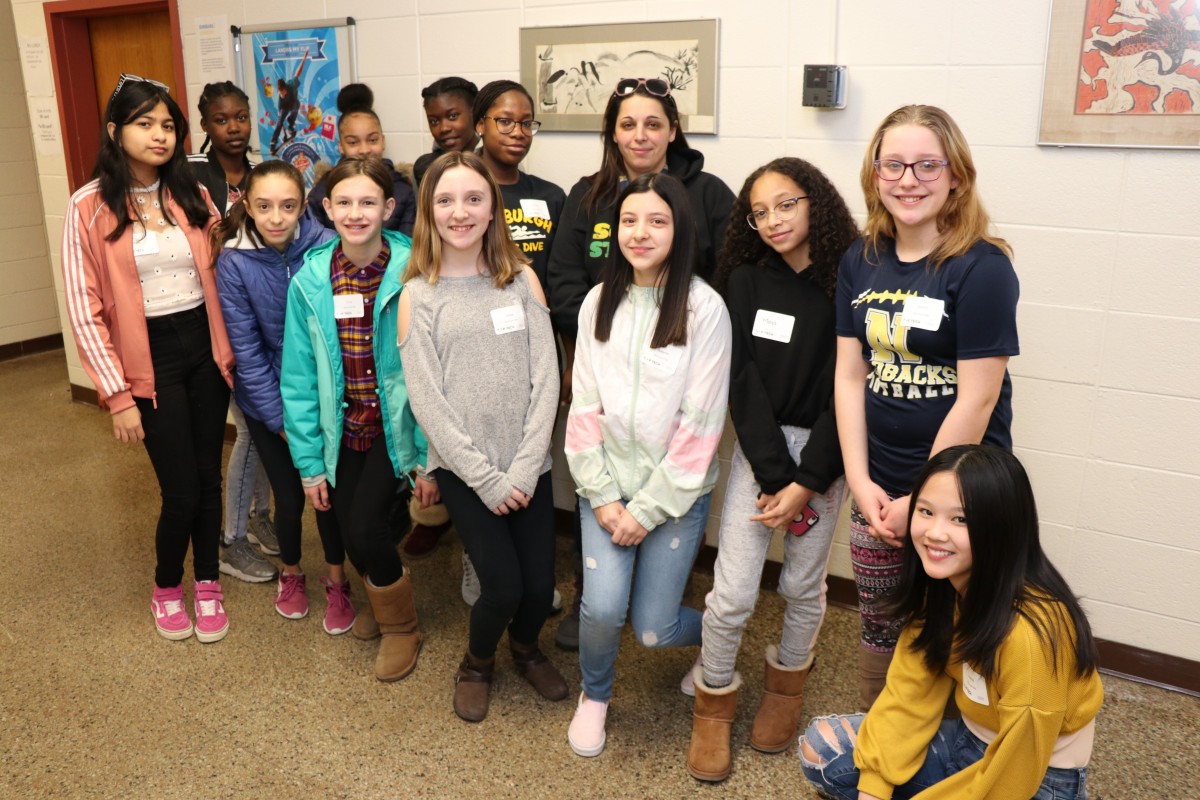 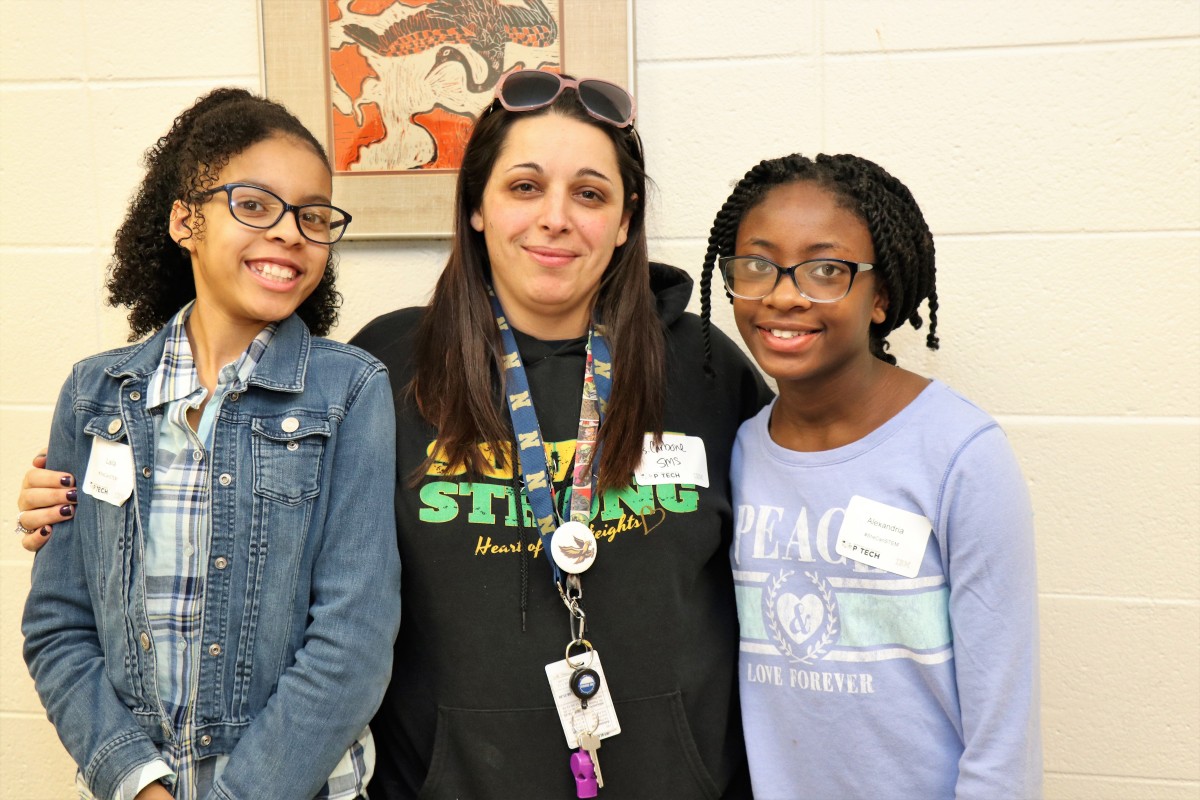 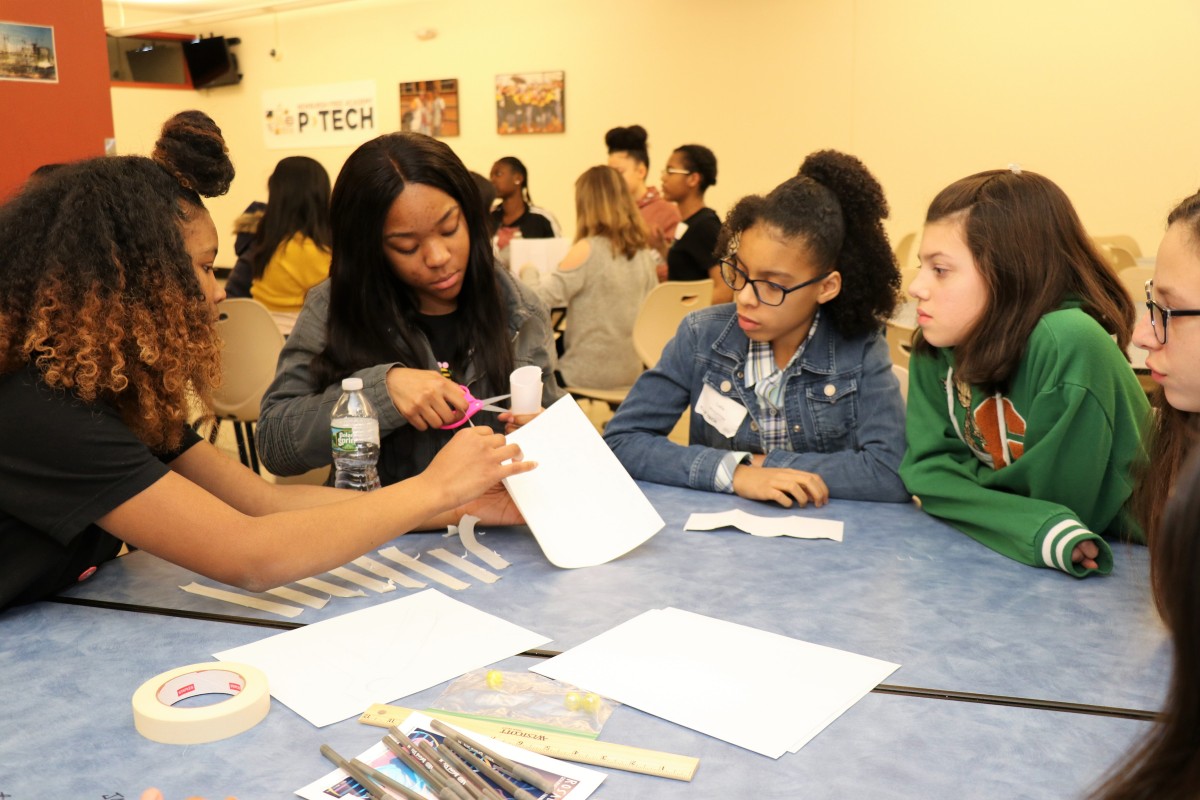 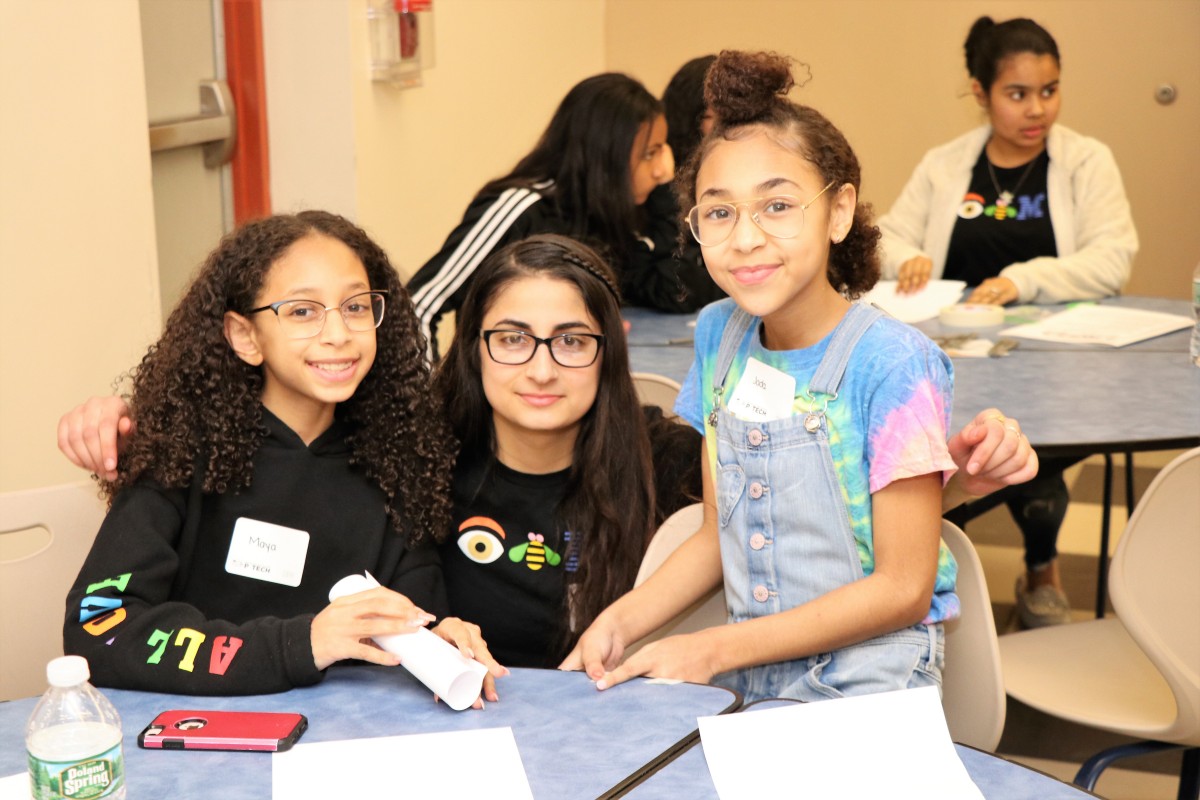 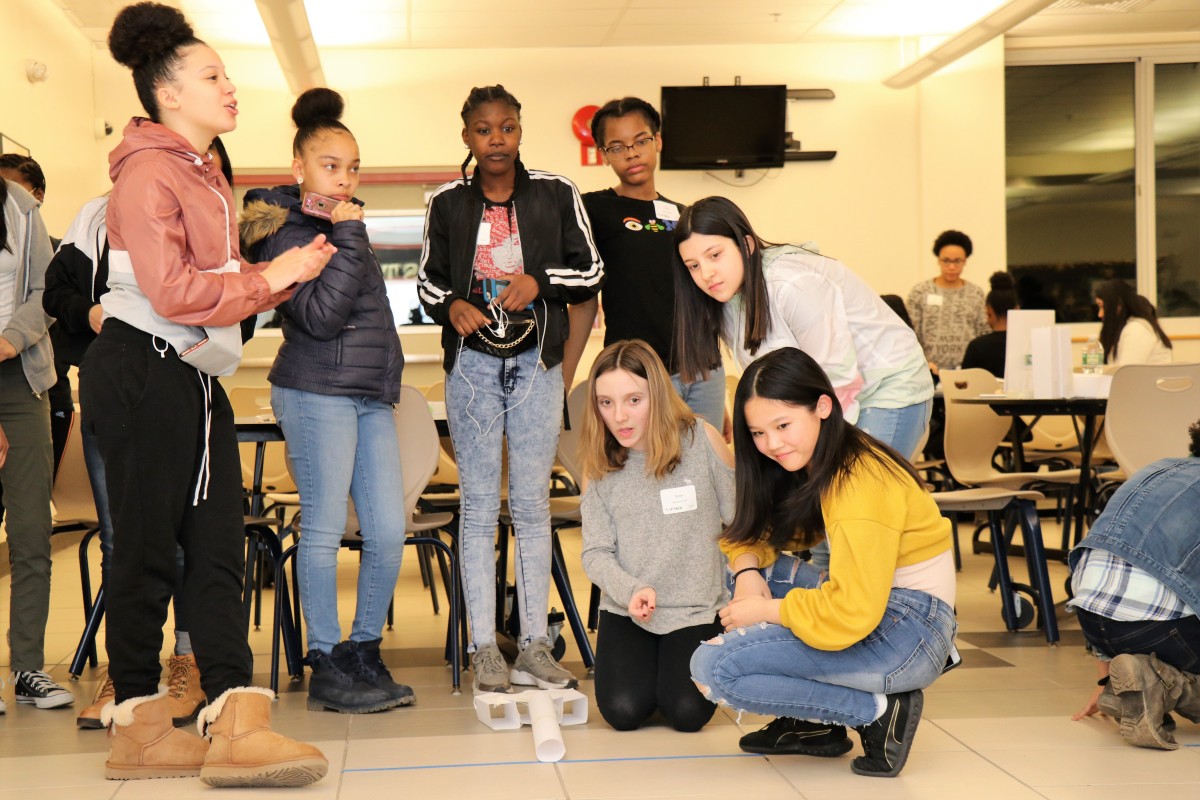 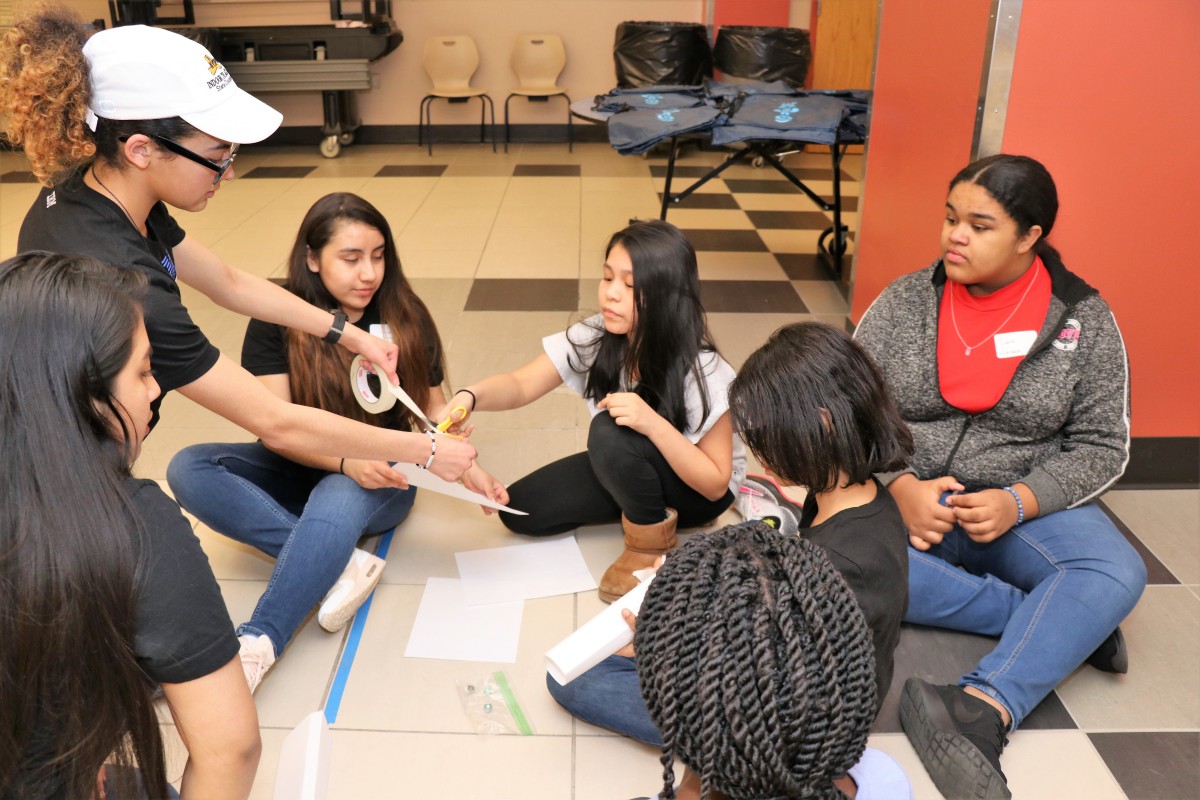 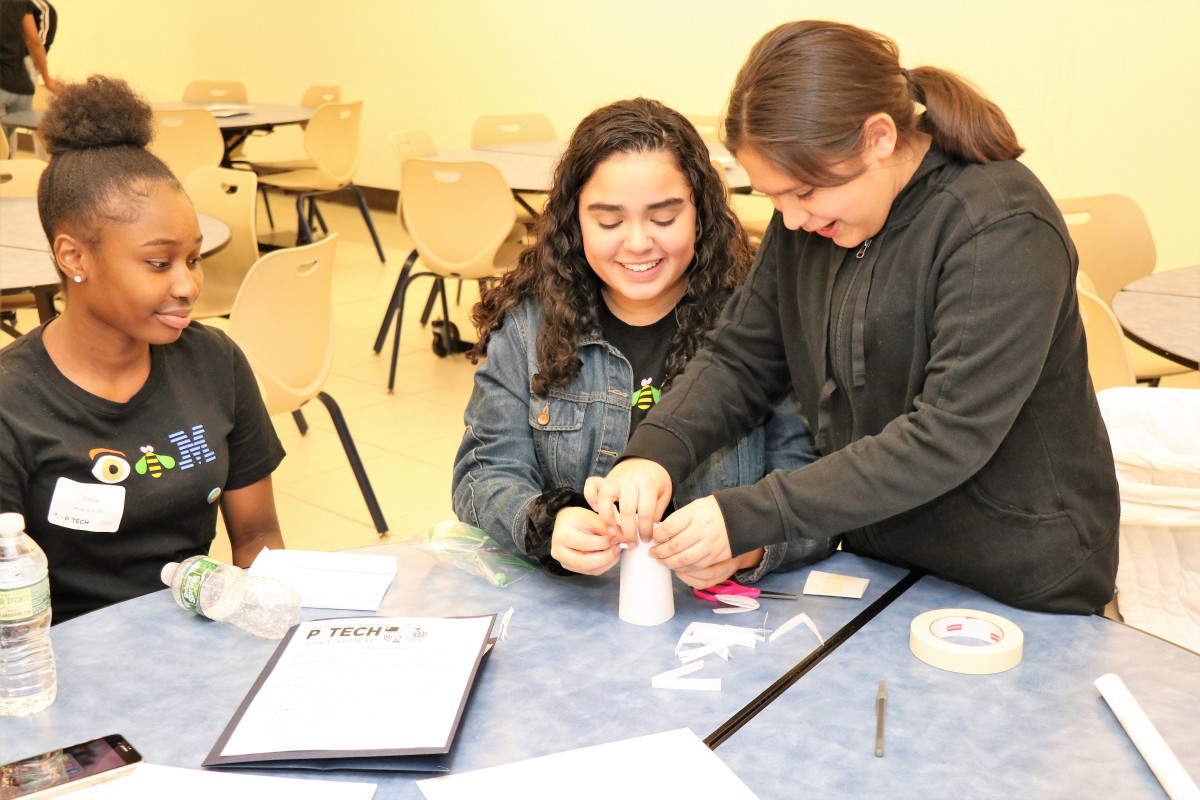 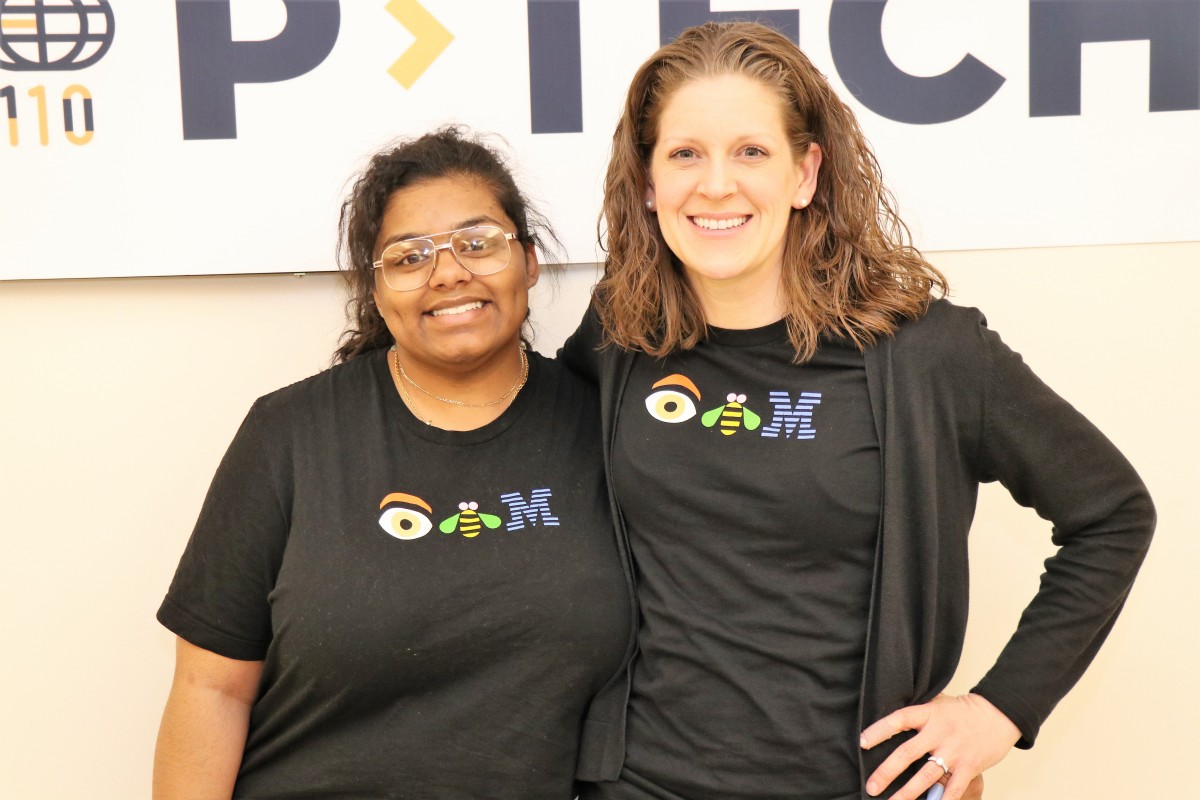 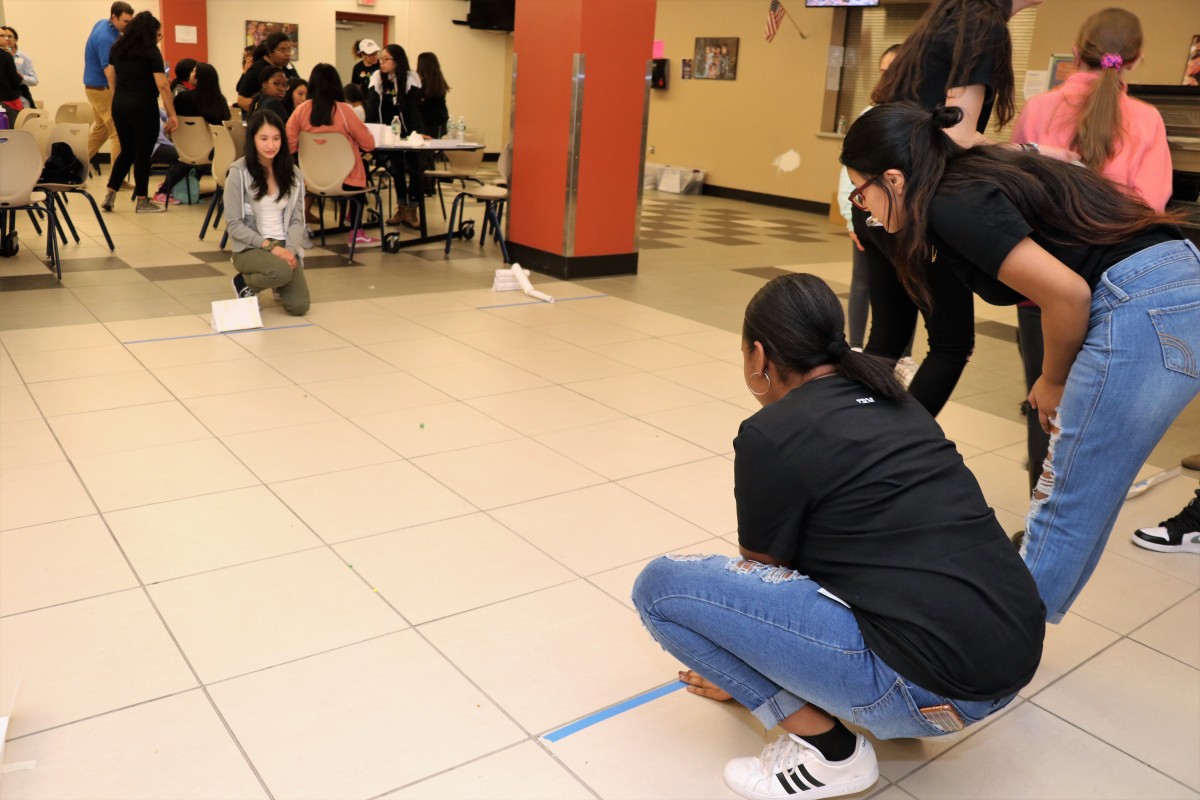 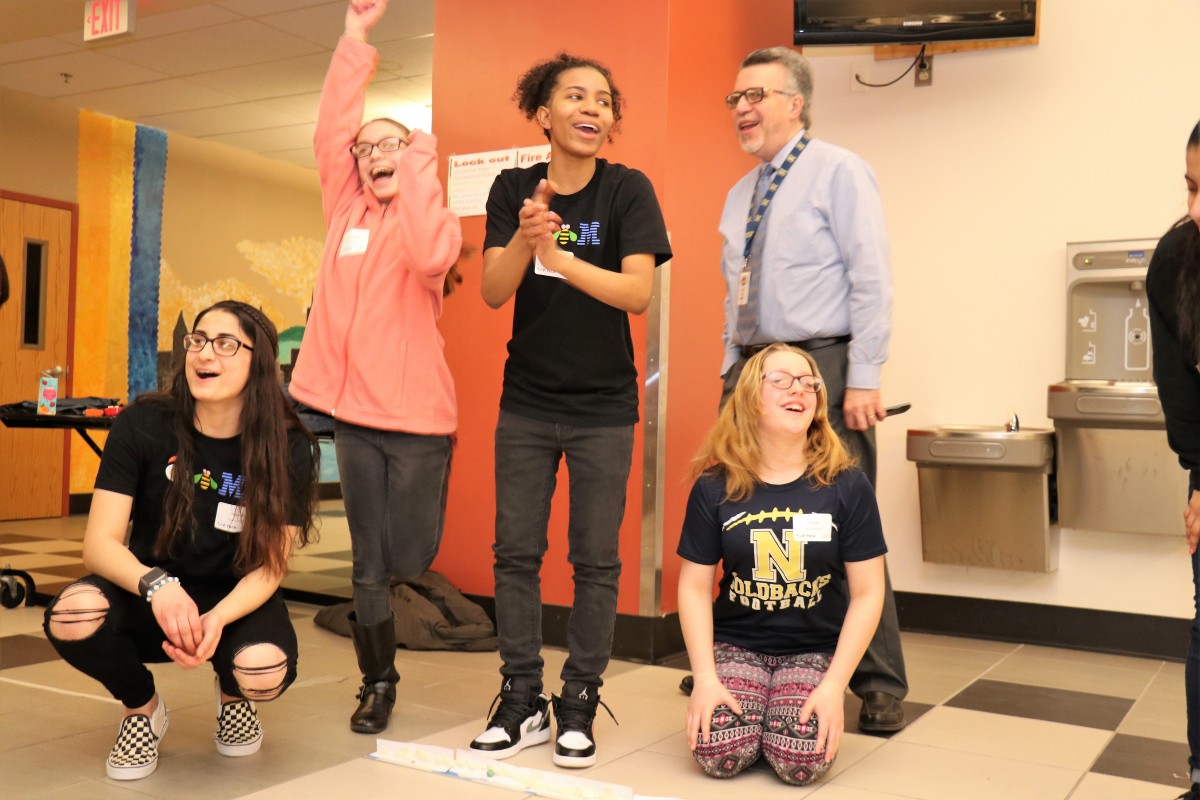 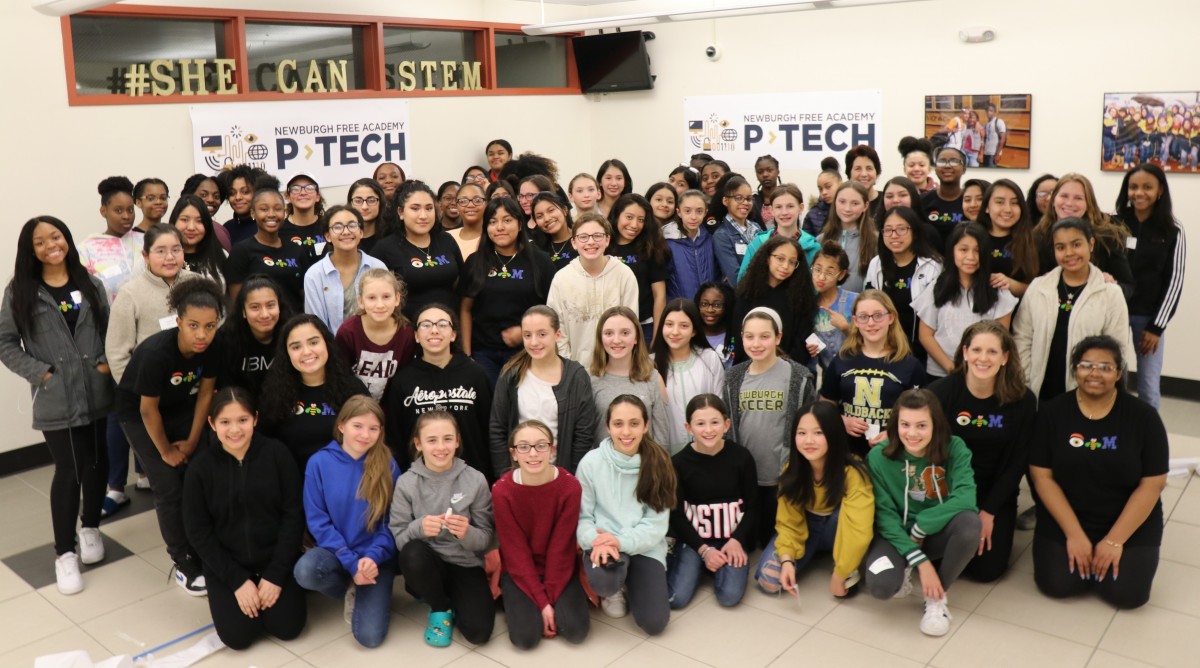