Fostertown ETC Magnet School Presents their Production of "The Tricksters"

Fostertown School presented their theater production of "The Tricksters" the week of March 26-28.

Trickster is based on tales such as Jabuti, Raven and Anansi The Spider.

A note from the Creative Academic Specialists:

"Tricksters" has been a special project, and an experiment in bringing our students into the creation of their musical. The students were given several choices of topics that would allow them to explore other cultures and they chose Tricksters. With Mr. Markowitz they explored many trickster tales from all parts of the globe. The students selected the trickster and tale their class was going to focus on performing, and decided on the basic plot points in the show. Several classes assisted in lyrics for "Sif's Golden Hair" and "What Makes a Trickster."

A Note from the Director: Amy Kosturik

This musical gives our students the opportunity to actively practice components of the New York State Elementary Learning Standards for the Arts in Theatre.

With audience in mind for purpose, the focus of our rehearsals is to present information in a meaningful way. The skills that are practiced while rehearsing are to make eye contact with your audience, speak in a clear strong voice with an attention to pronunciation, dictation, phrasing and vocal expression, and to exercise appropriate facial expression and body language to give optimal understanding and meaning to what is being said.

There is also a strong emphasis on recognizing, understanding the background behind and taking on the character traits and mannerisms in the development of the character they are portraying in the musical.

The importance of collaboration and the development of a cast and crew "Team" is encouraged and nurtured throughout small group rehearsals and full rehearsals.

The goal is to have our students practiced and prepared to insure a feeling of confidence when speaking to an audience. While doing so, they gain the understanding that the quality of their part in the musical in an important contribution to the success of the finished production. 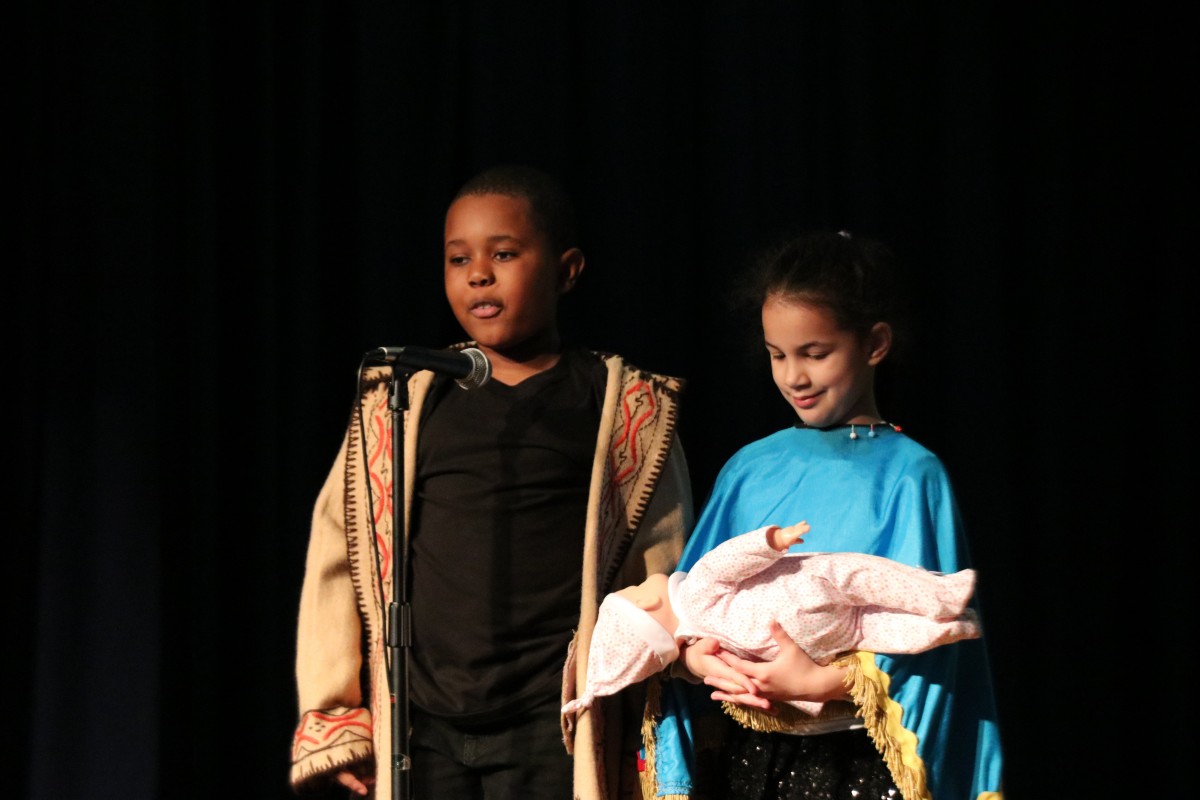 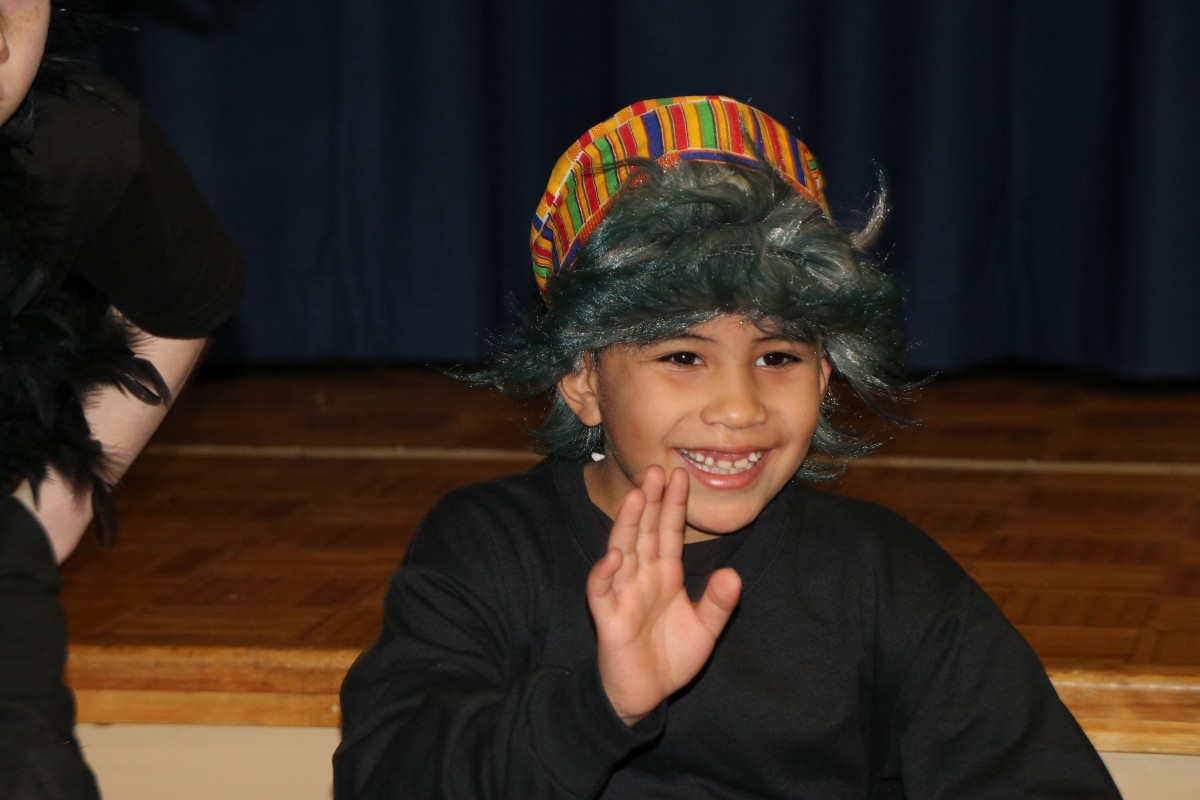 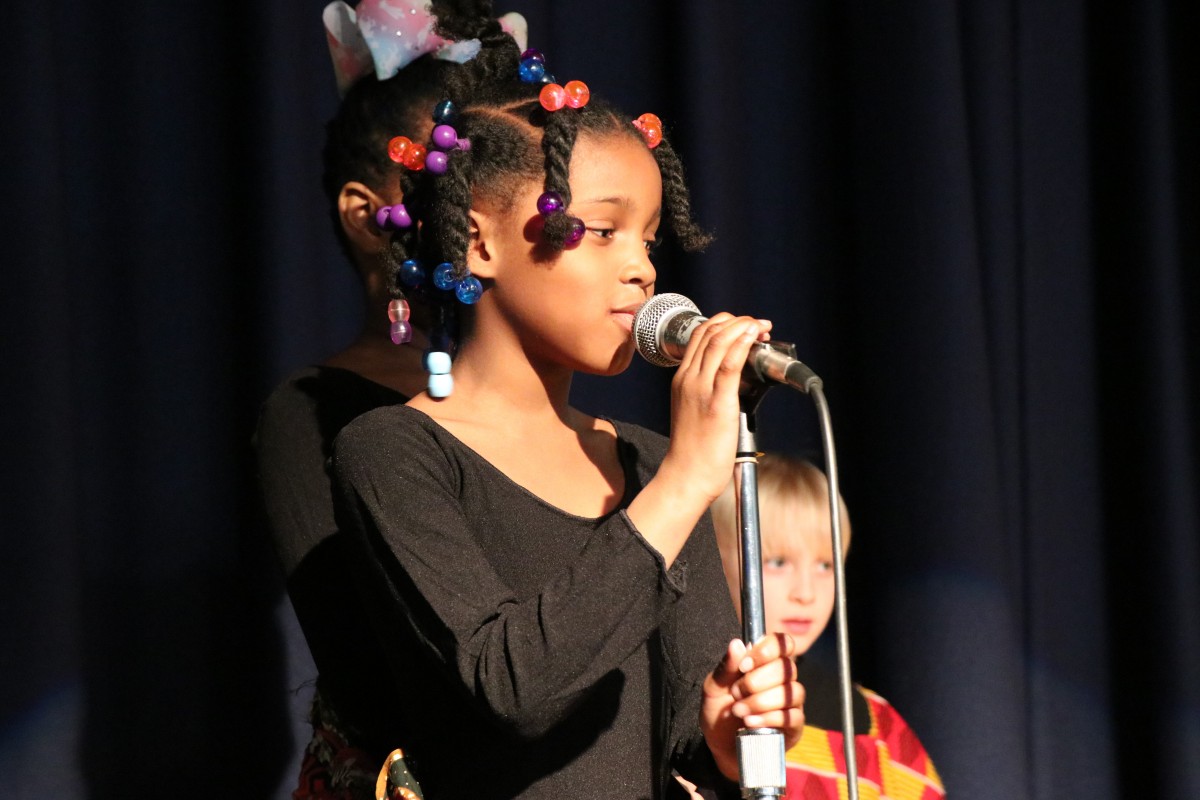 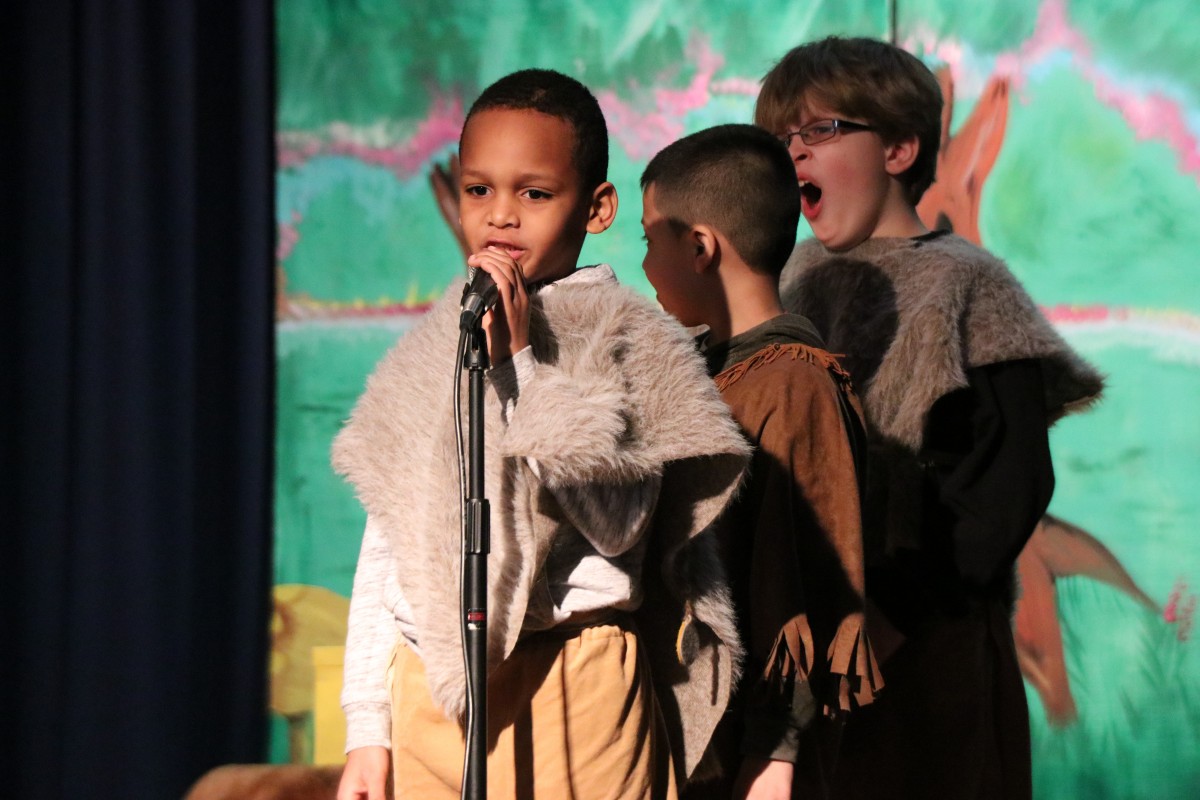 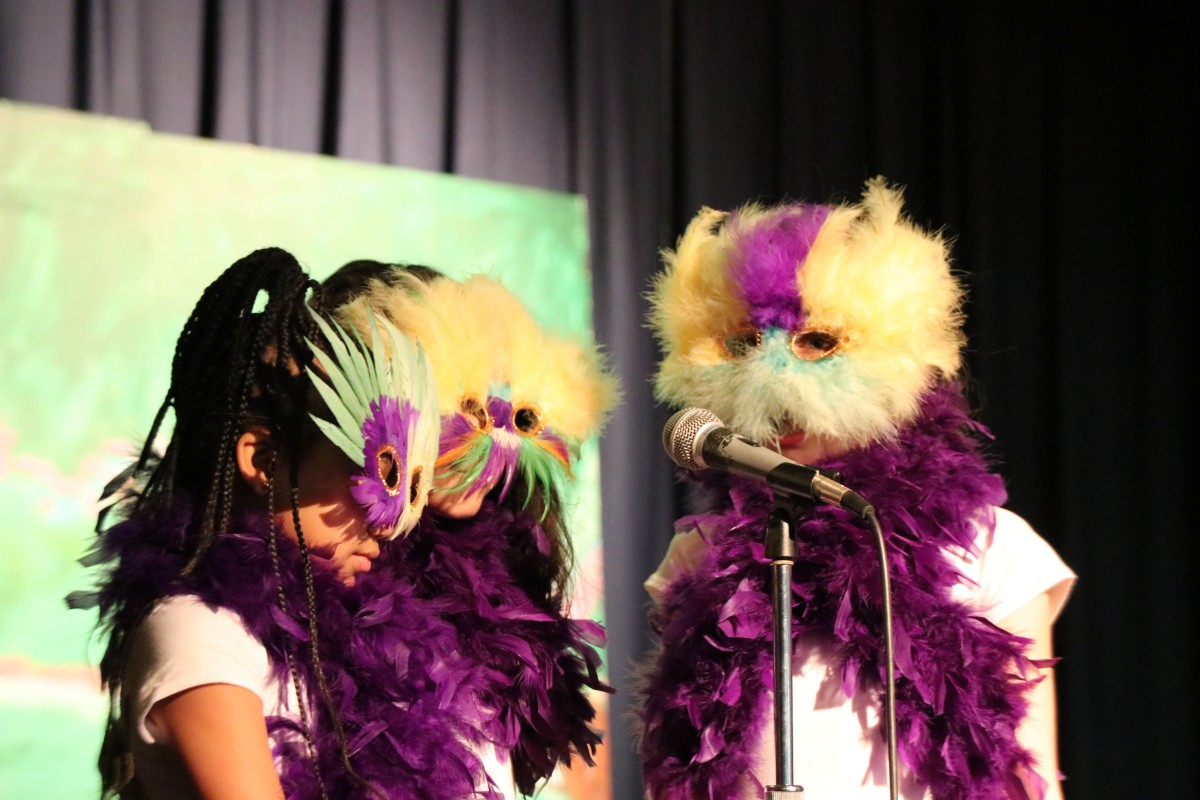 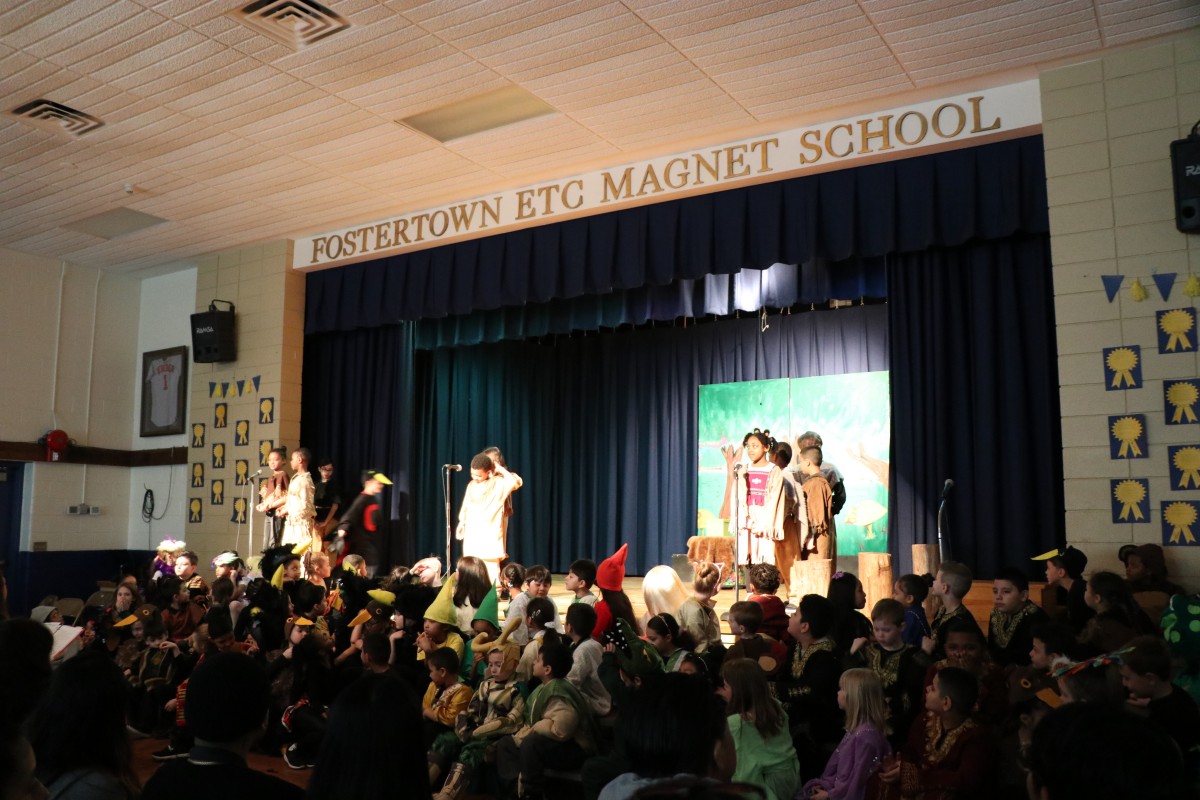 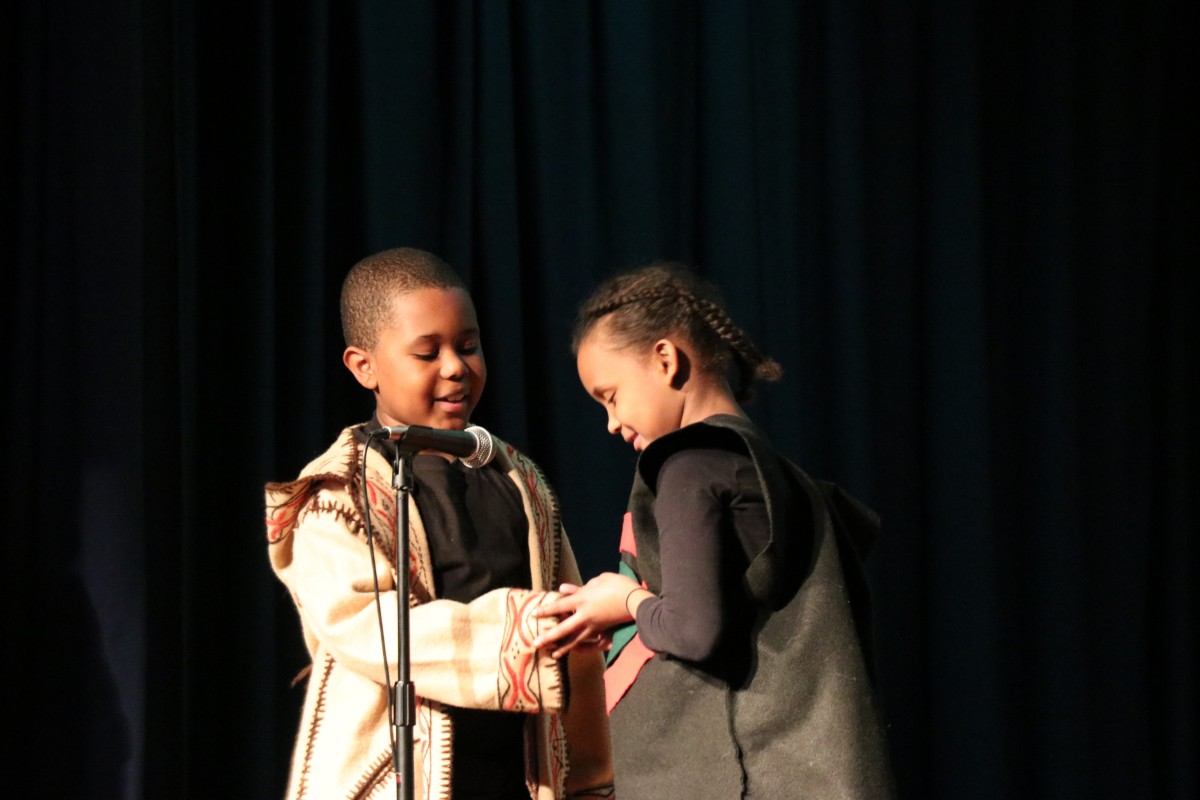 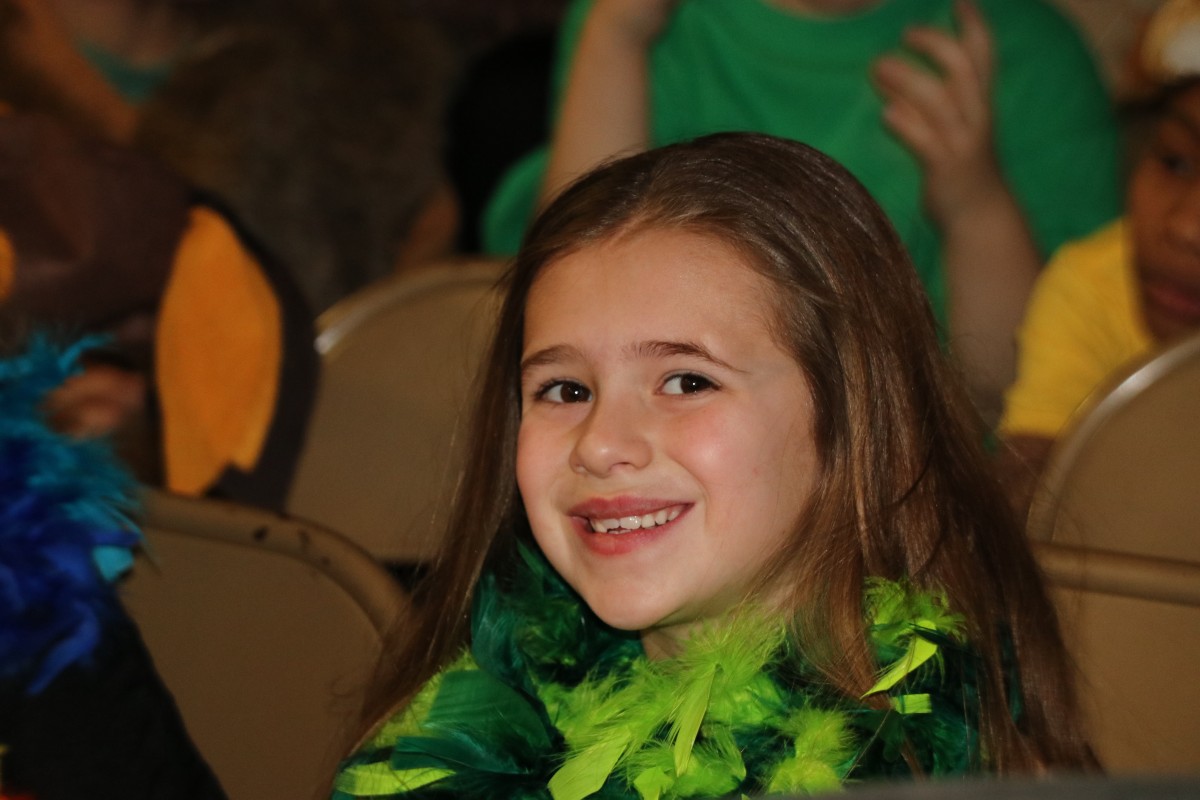 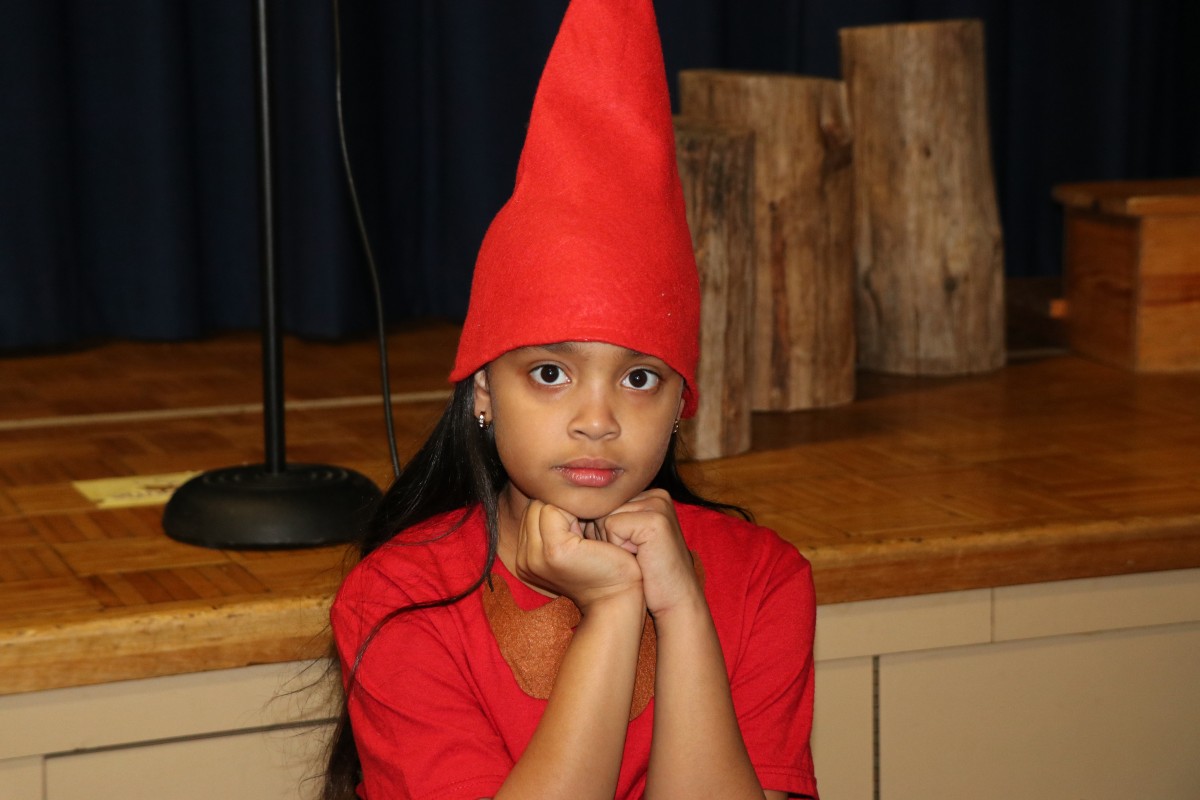 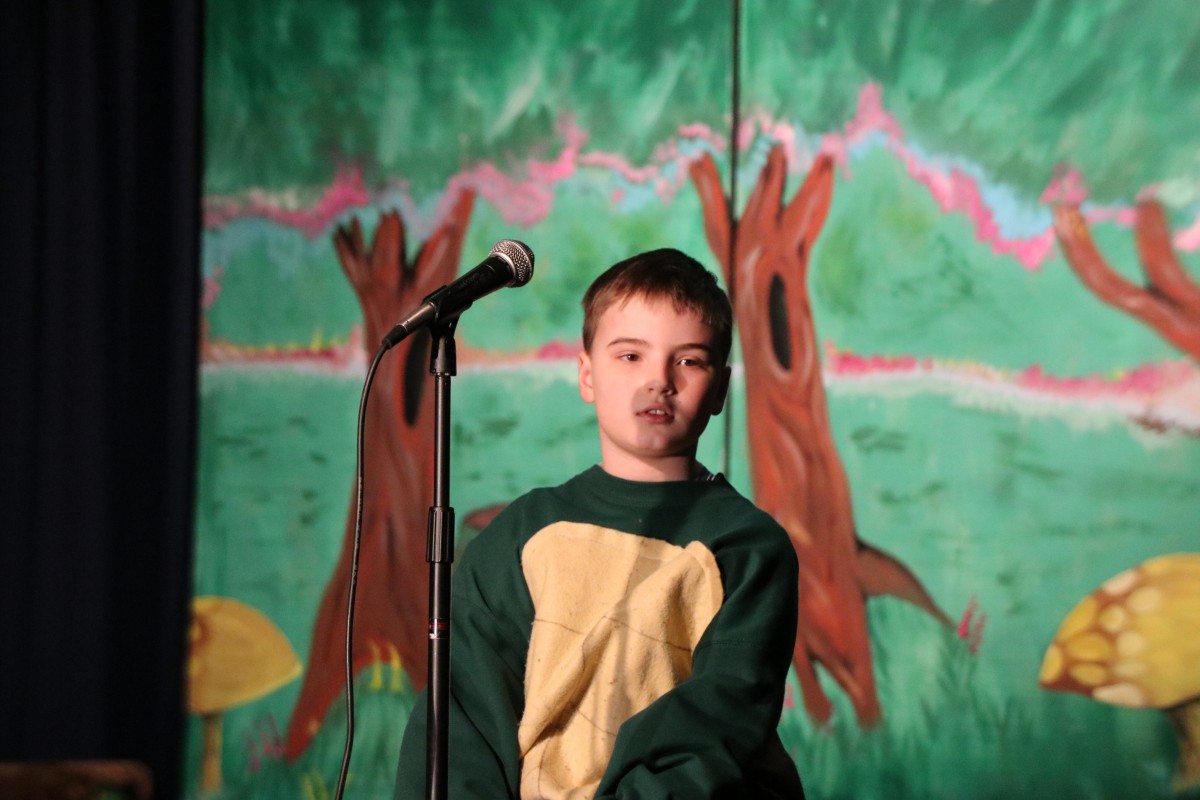 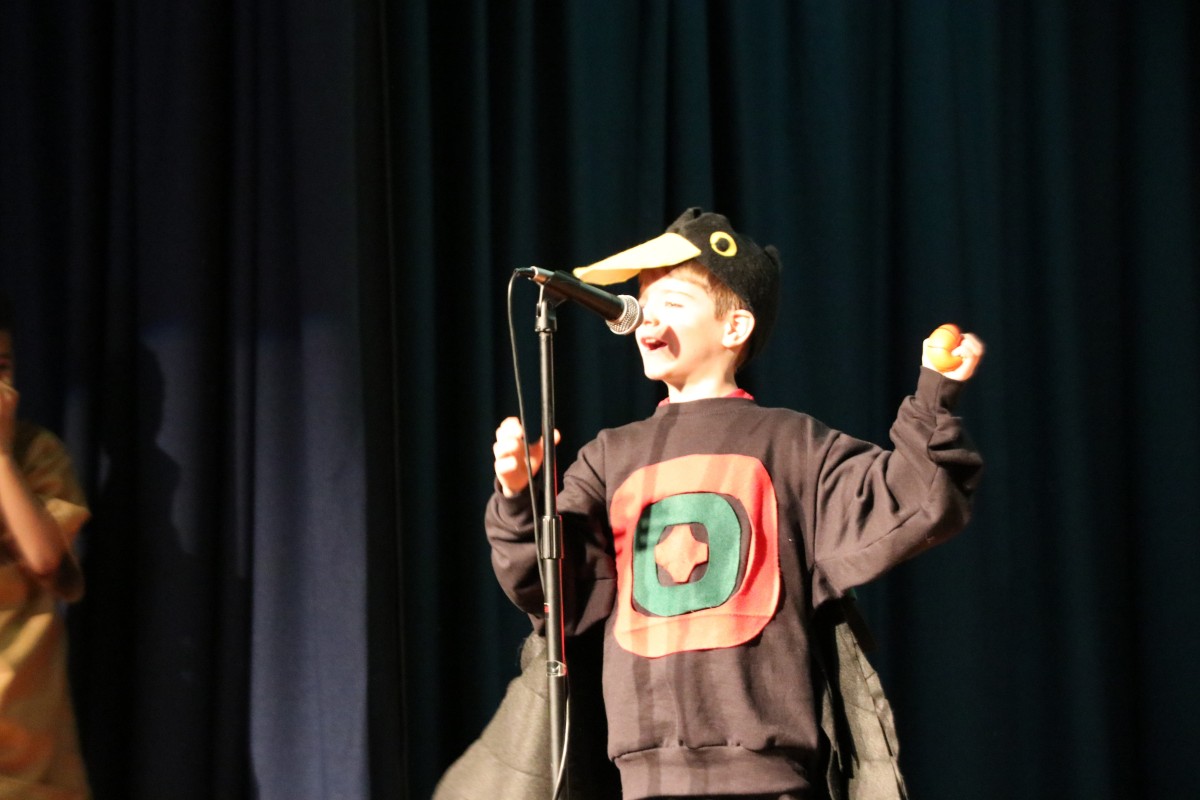 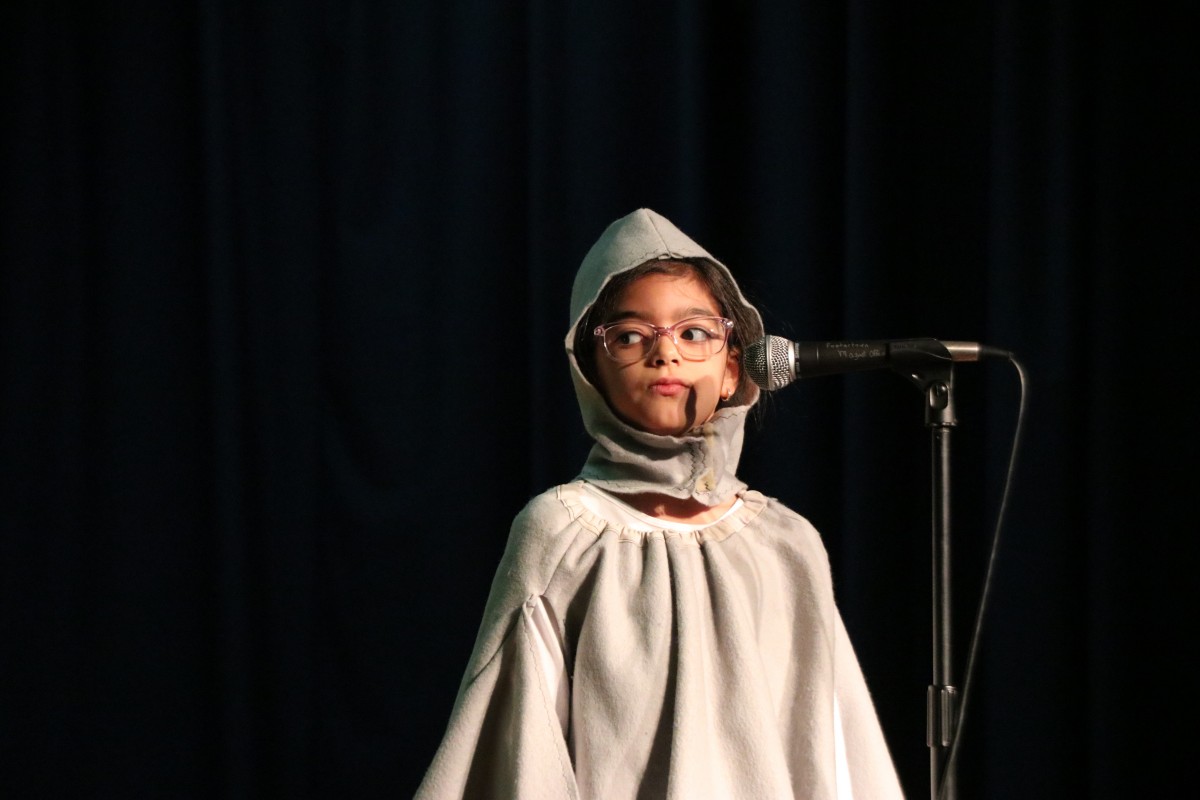 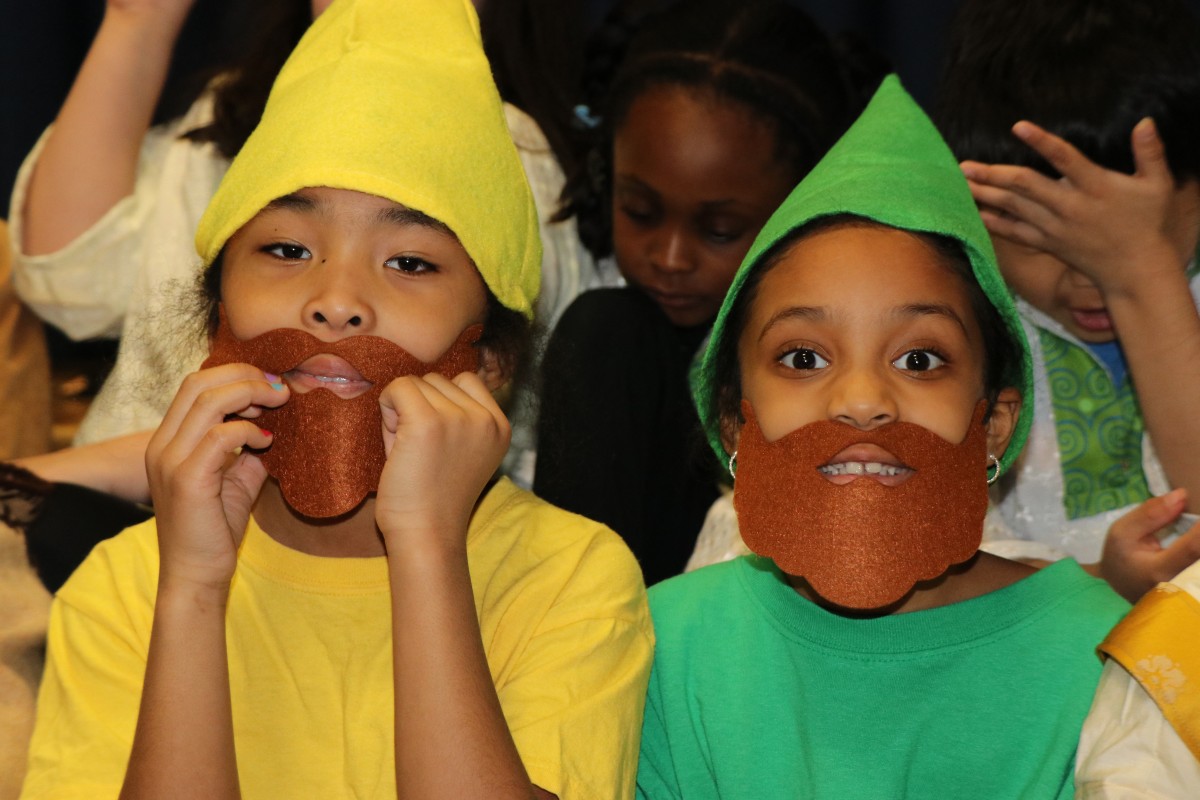 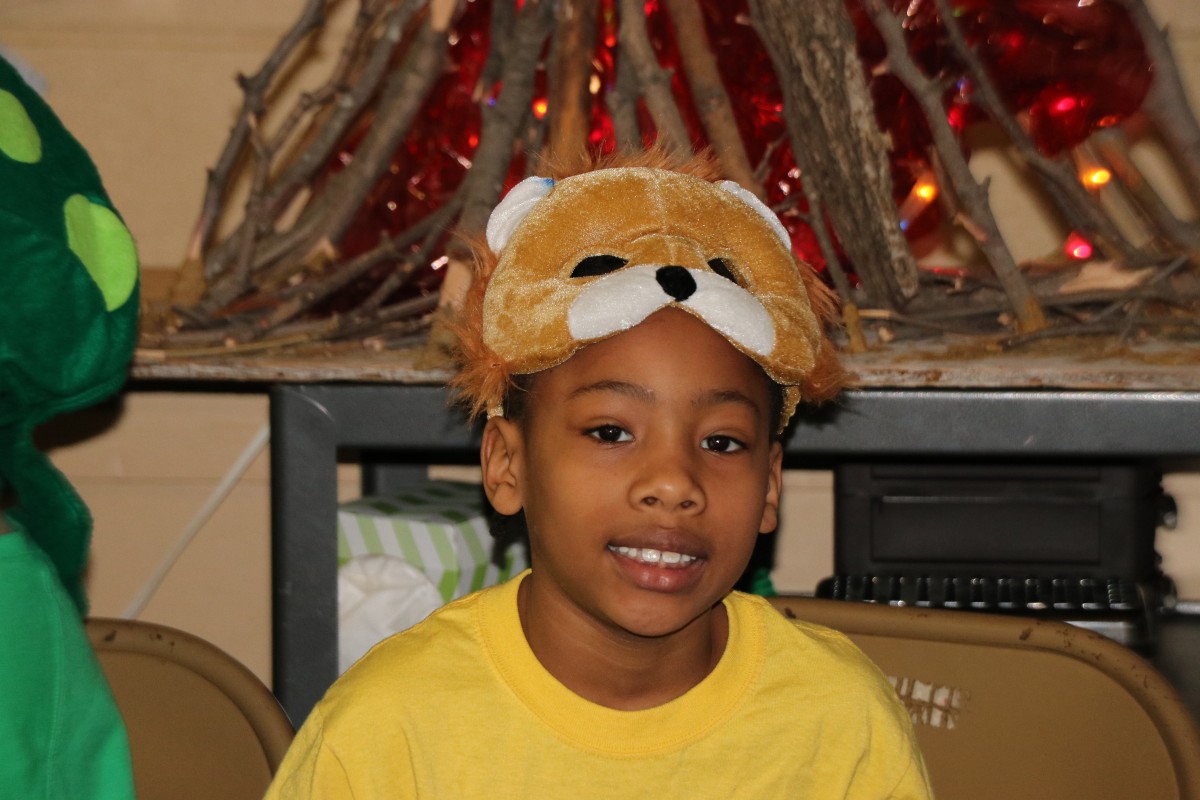 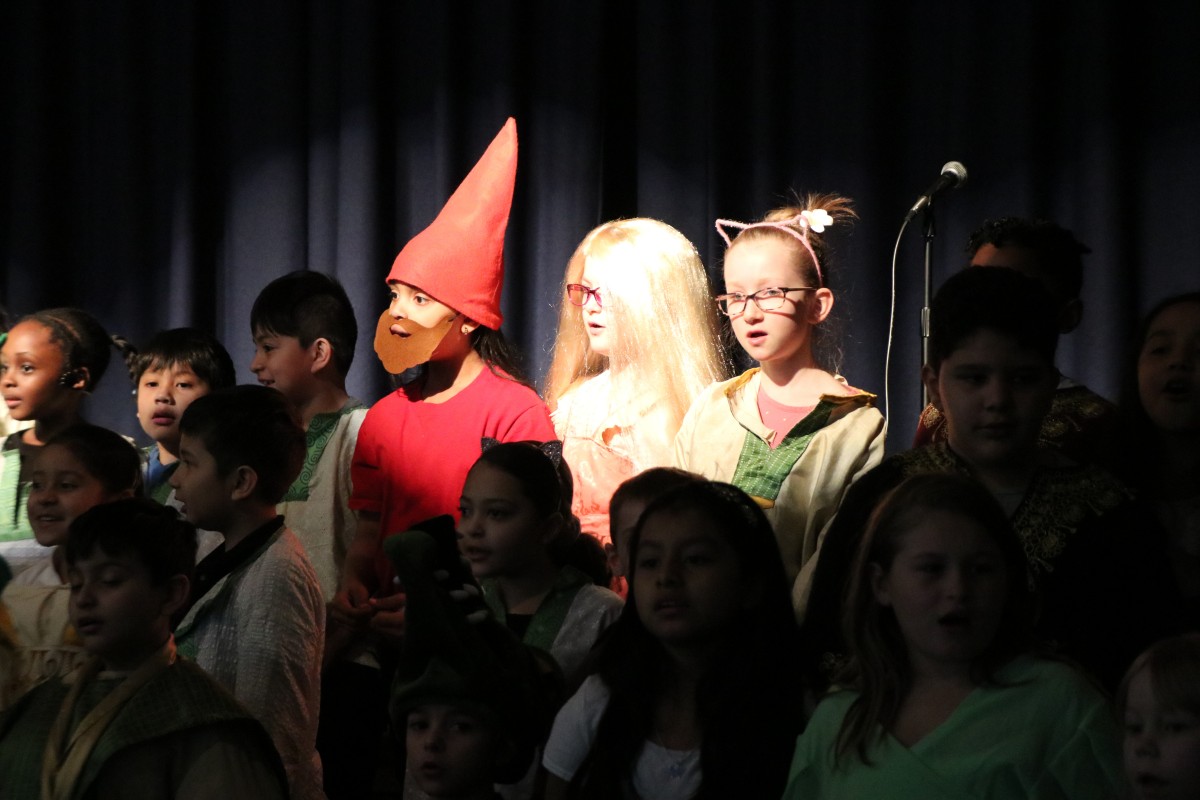 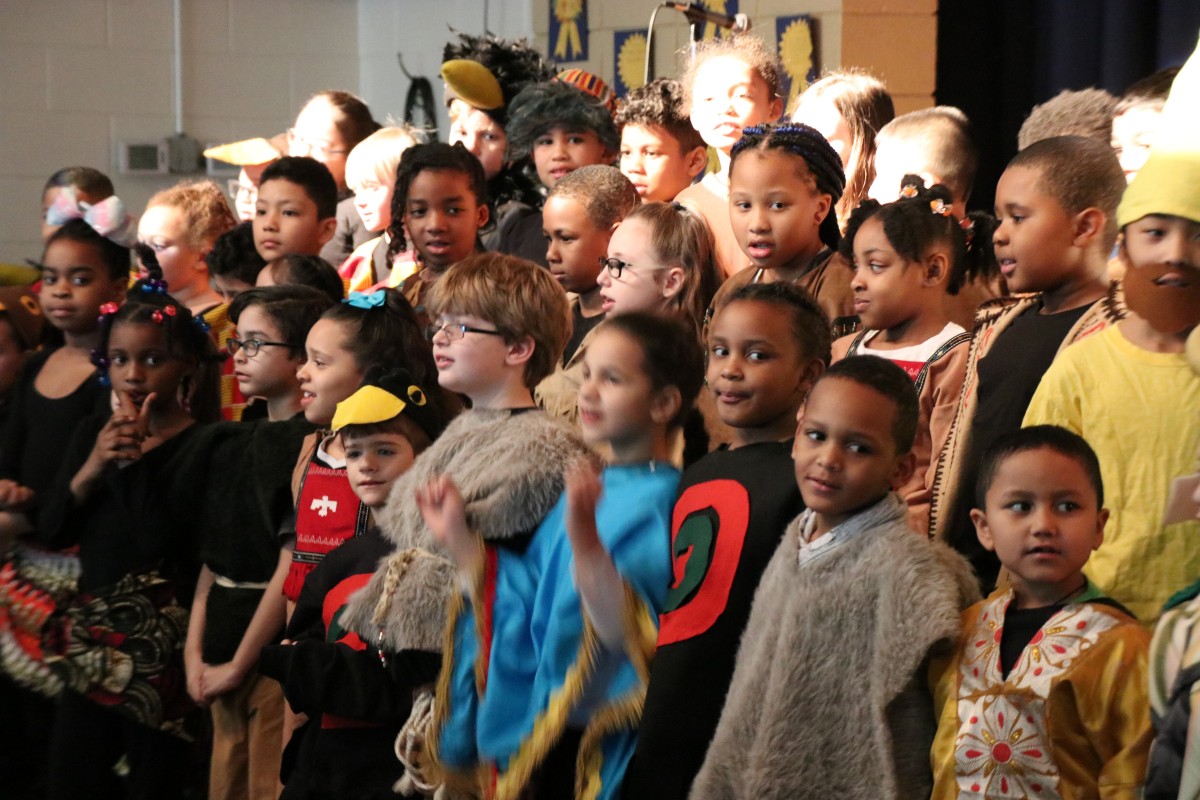