On the weekend of Biggie Smalls birthday of May 18th, Mr. Wenzel traveled to Brooklyn to be a chef coach to middle school and high school students for the 5th annual Yo Stay Hungry culinary competition that pairs rap hip hop with food.  What started out as a NYC wide event quickly spread to include competitions up and down the east coast. This years competition took place in Brooklyn at the Ridgewood Ave community school.

Teams of three to four students were placed with professional chefs as their coaches. Mr. Wenzel was paired was a professional chef that was paired with students. The students and chef coaches for the competition were given a rap hip hop lyric from a song and then had to create food from what the musical artist was rapping or singing about.  The students on each team were the only people able to cook. The chef coaches could only give direction to the students Mr. Wenzel’s team was comprised of one 5th grade and two 6th grade students.

Mr. Wenzel’s team was given the rap lyric “I want a presidential rollie so I crush MCs to guacamole” from the song The Point by Biggie Smalls.  The team was also given a twist and needed to use at least one herb from North Brooklyn Farms.  His team gathered together and broke down what they thought the lyrics mean and how to bring the lyrics to life through food.  The students said that a presidential rollie was reference to a rolex watch and the dish needed to be flashy or use a “high end” ingredient.  The students said that an MC needs to be bold, loud and have a personality. This part of the dish should be “fire” or spicy. The students then went to North Brooklyn farm stand and tasted a variety of herbs and decided that anise hyssop should be used in the guacamole in place of cilantro.  The students felt that anise hyssop was the herb most closely related to cilantro. The team decided that they would make a “fire” red tortilla made with chipotle peppers and masa, guacamole with anise hyssop and a traditional pico de gallo with tomato, onion and cilantro. They garnished the dish with beautiful cornflowers and thinly sliced radish.

Out of a group of 5 professional chefs, and over 25 students, Mr. Wenzel’s team placed second!  The students were very happy with the showing even though these were the youngest group of students compared to the other four teams. 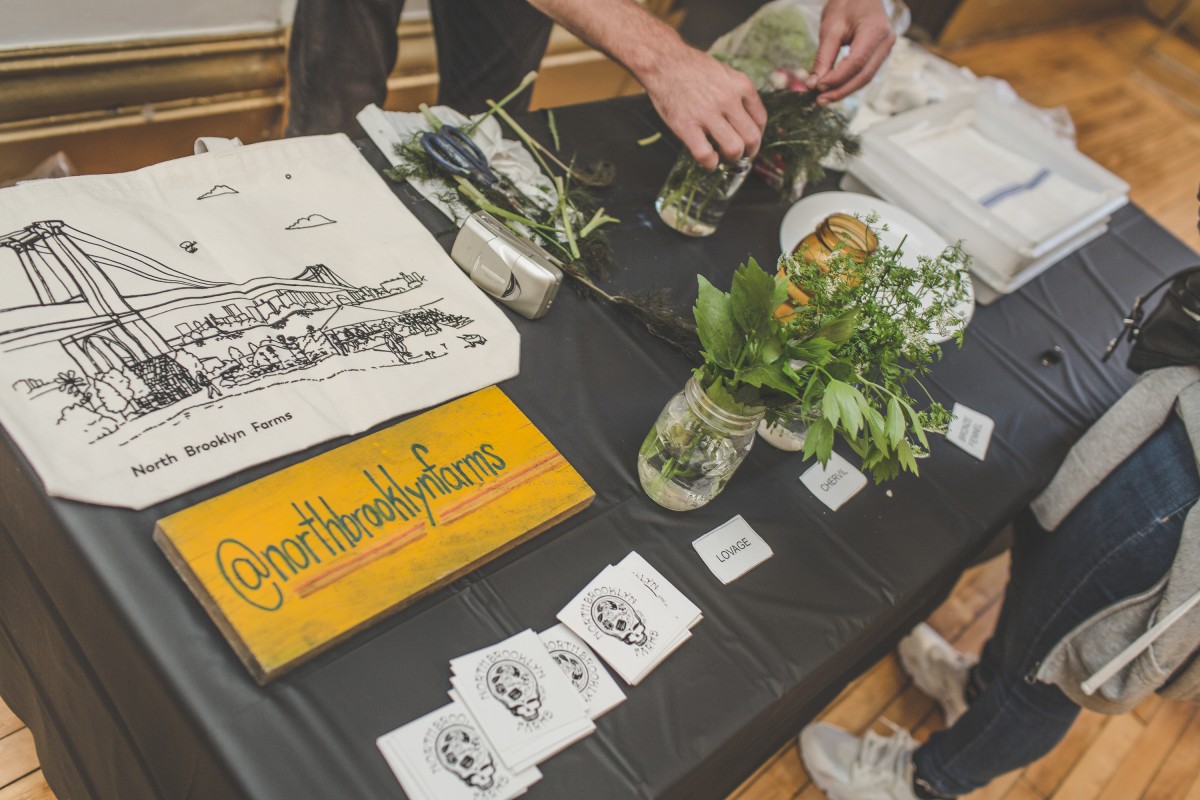 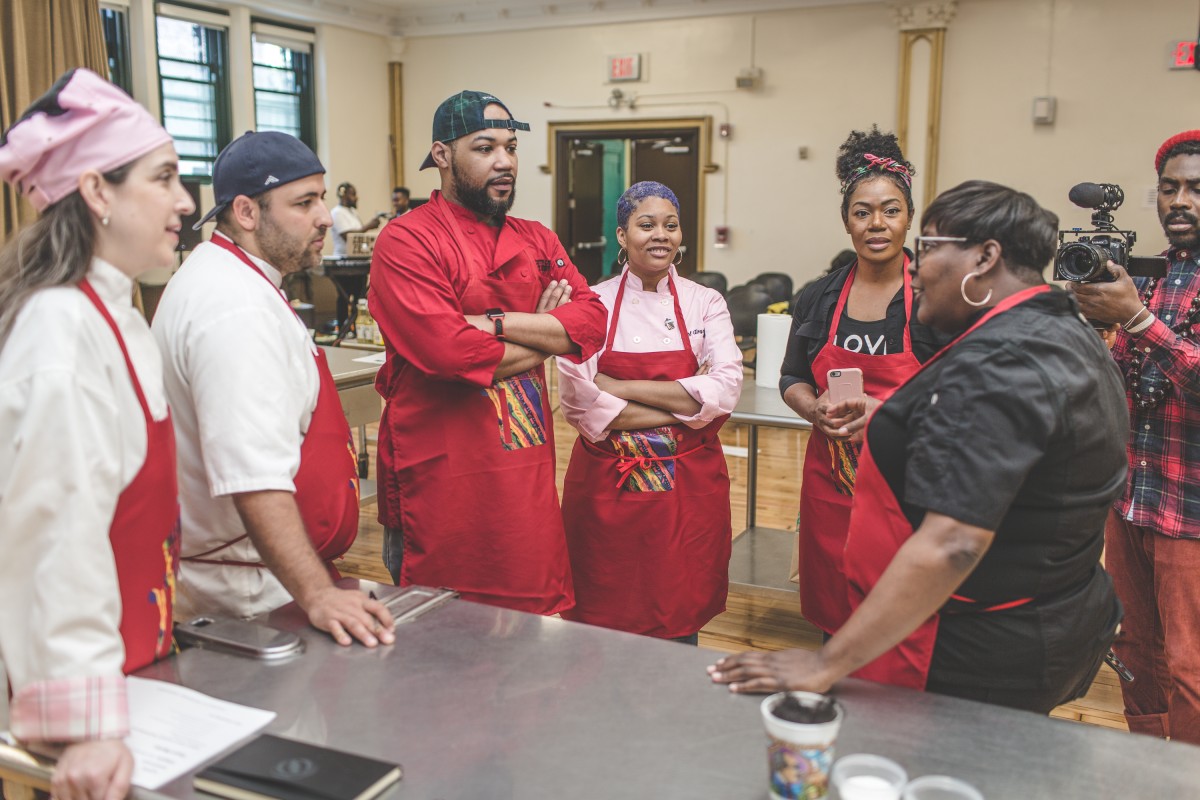 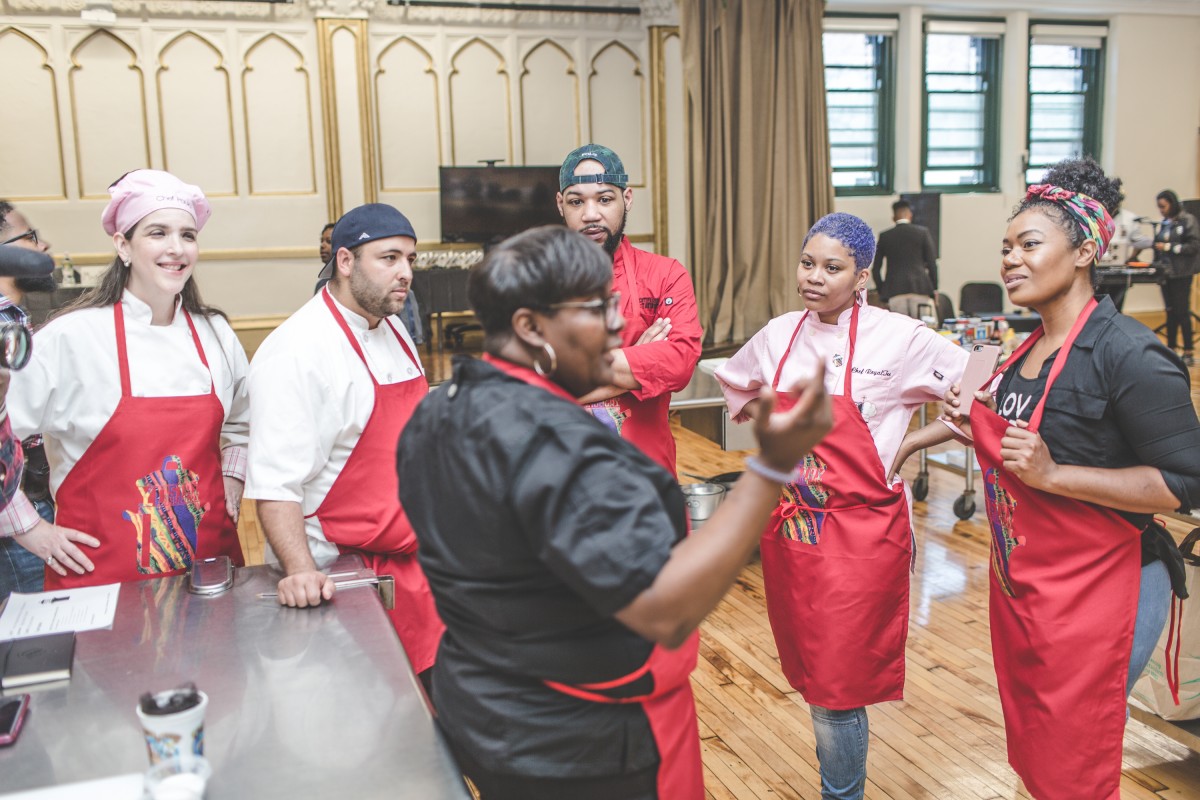 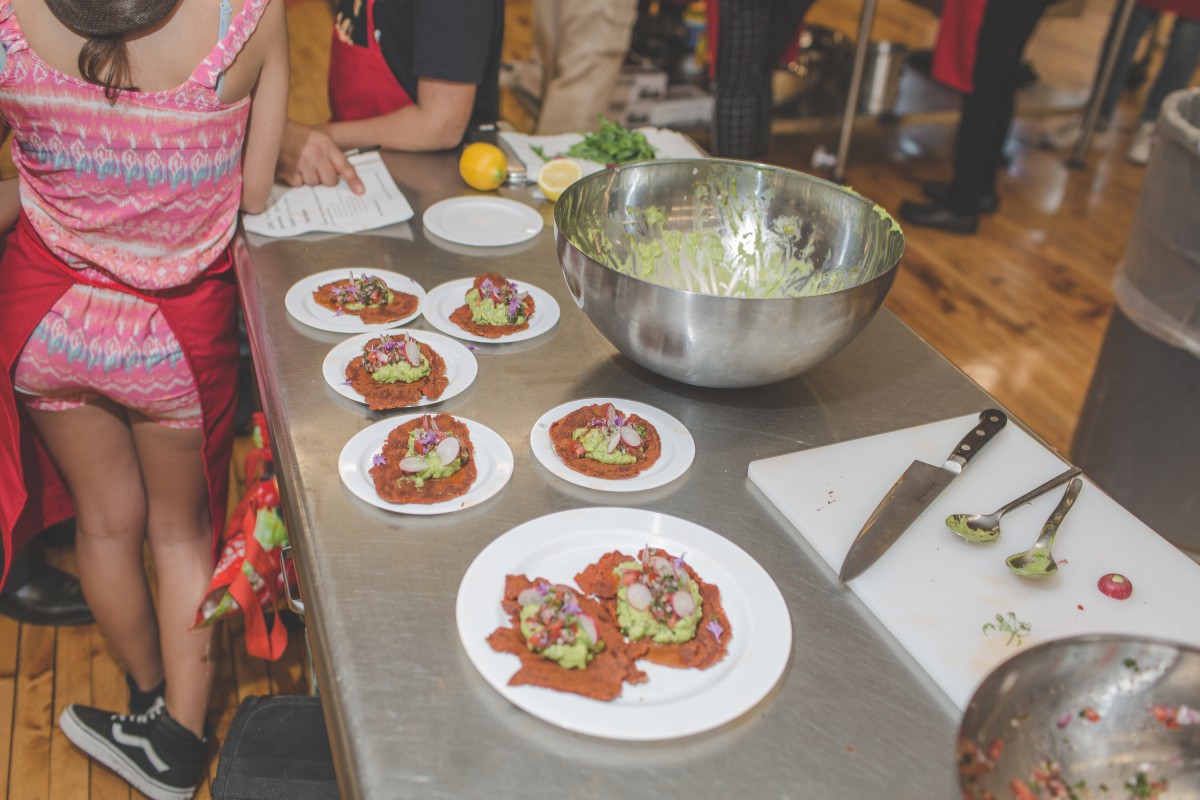 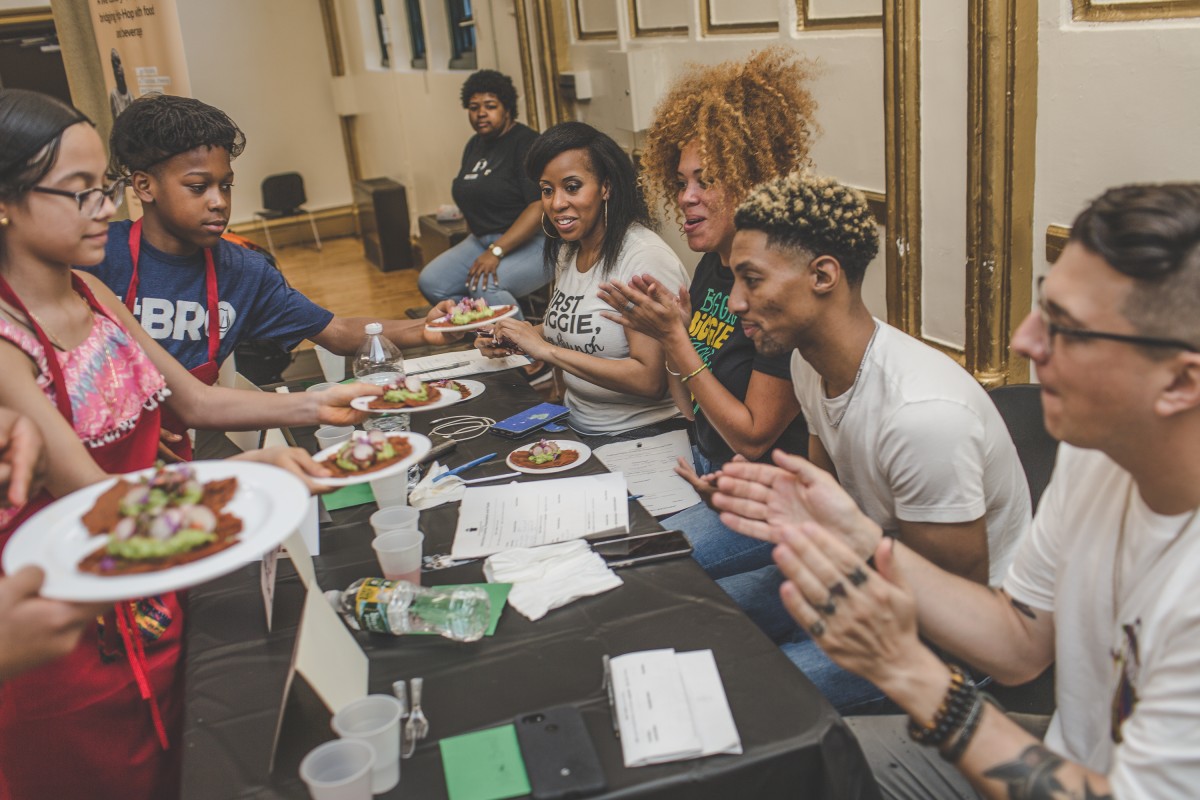 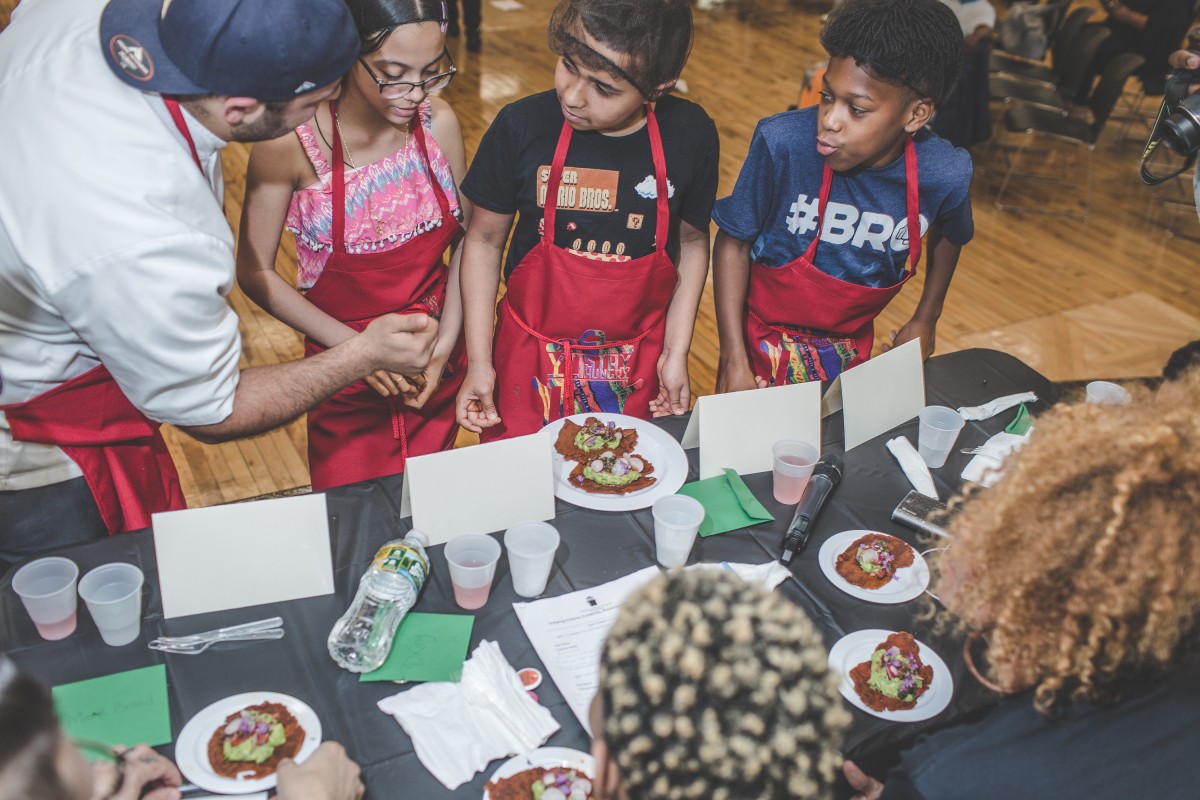 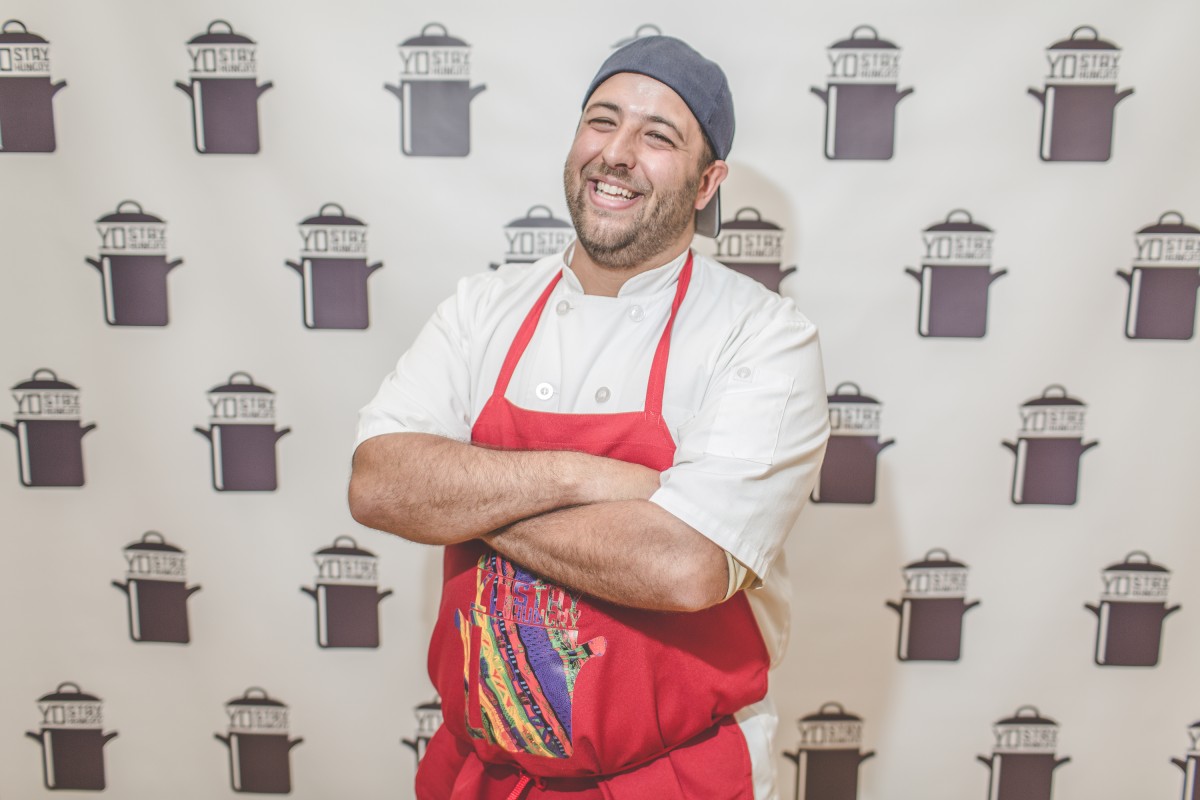