Coach Matt Iorlano celebrated his 300th win as the NFA Boys Varsity Soccer coach last week. Coach Iorlano has been coaching the team for 24 years, beginning in 1996. Going into the game, his players were unaware of the history they would be a part of just a few hours later.

“Winning 300 games is certainly not something I even thought about when I began coaching the team in 1996, but after achieving this milestone, I sat down last night and thought about all of the kids that I have had the opportunity coach over the past 24 seasons. I am very proud of this accomplishment, but as we all know, none of it would be possible without the players that have dedicated themselves to our program. I have coached so many fantastic players, so many different personalities, cultures, and backgrounds, I consider myself truly blessed to have been a part of this and these memories that go along with coaching will last a lifetime. The friendships that have developed with other coaches and players as well is something that you never think about when signing up for the job, but at this point in my career I value with all my heart.”

“I remember my first win as if it were yesterday,” he said. “It was over Goshen in 1996, we won 4-2.” More than two decades later, Iorlano’s soccer life has reached an outstanding milestone. The Goldbacks beat Pine Bush on October 7th, 2019 by the same score, 4-2, for his 300th career victory.

Coach Iorlano’s parents and one of his sons was at the game to witness this tremendous accomplishment.

In addition to coaching boys varsity soccer, Coach Iorlano has coached basketball, baseball and football in Newburgh. Coach Iorlano has been teaching physical education in the Newburgh Enlarged City School District for 30 years. He began teaching at Fostertown for eight years, taught at Heritage Middle School for four years, and has been at Newburgh Free Academy Main campus for 19 years. 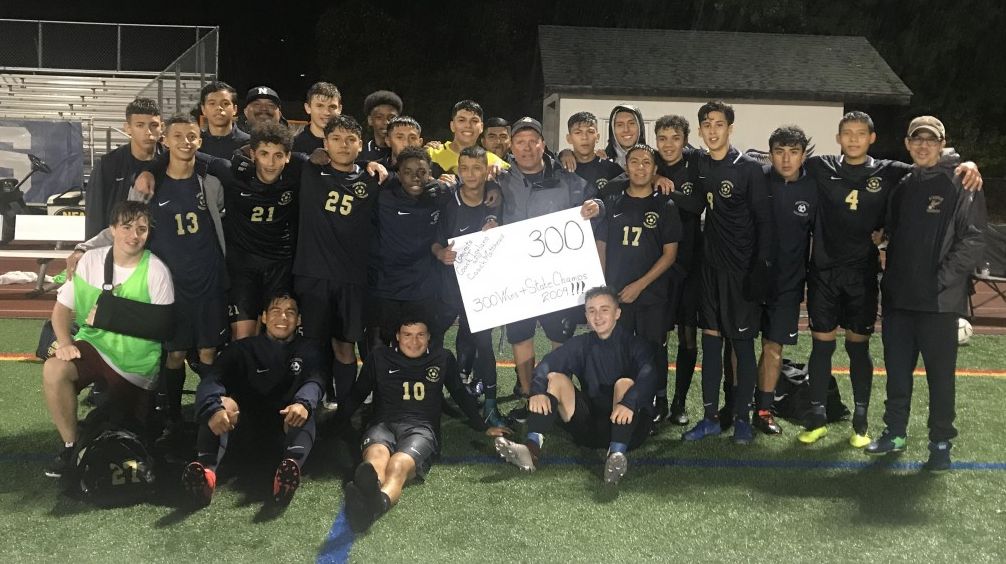