The professional musicians discussed various elements and moods of the tunes they played. For example, the group discussed songs that were played for a function (announcing wake up, sun down, meal time, etc.) and songs that were played for entertainment, as technology was limited to people in the past and may still be limited on military bases, depending on the mission.

The group discussed how music can influence a person’s mood and that music has often been played as a means of expression or to change the mood. Music as a means to communicate without using words was also discussed with the scholars.

Scholars interacted with the group when they were playing by raising their hands during certain parts of a song to indicate certain moods. Scholars were also able to ask questions after each session.

Performers who came from the West Point Band Hellcats included: 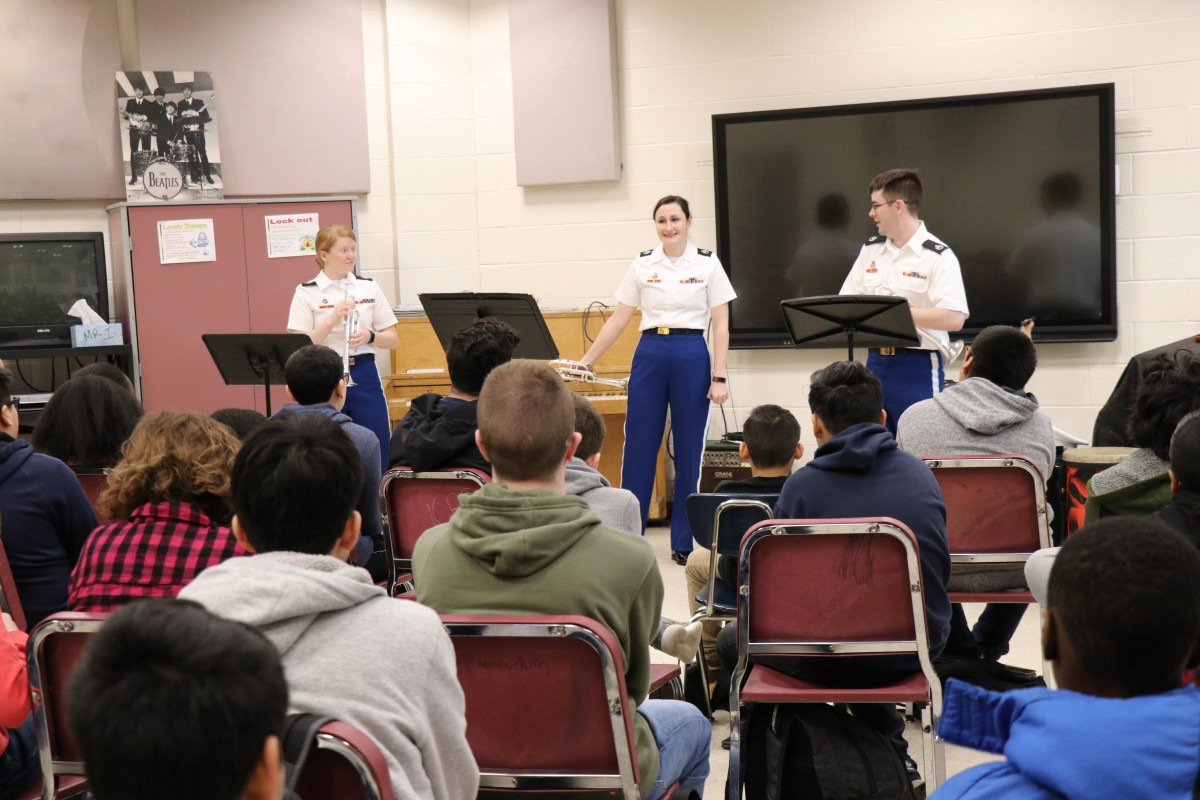 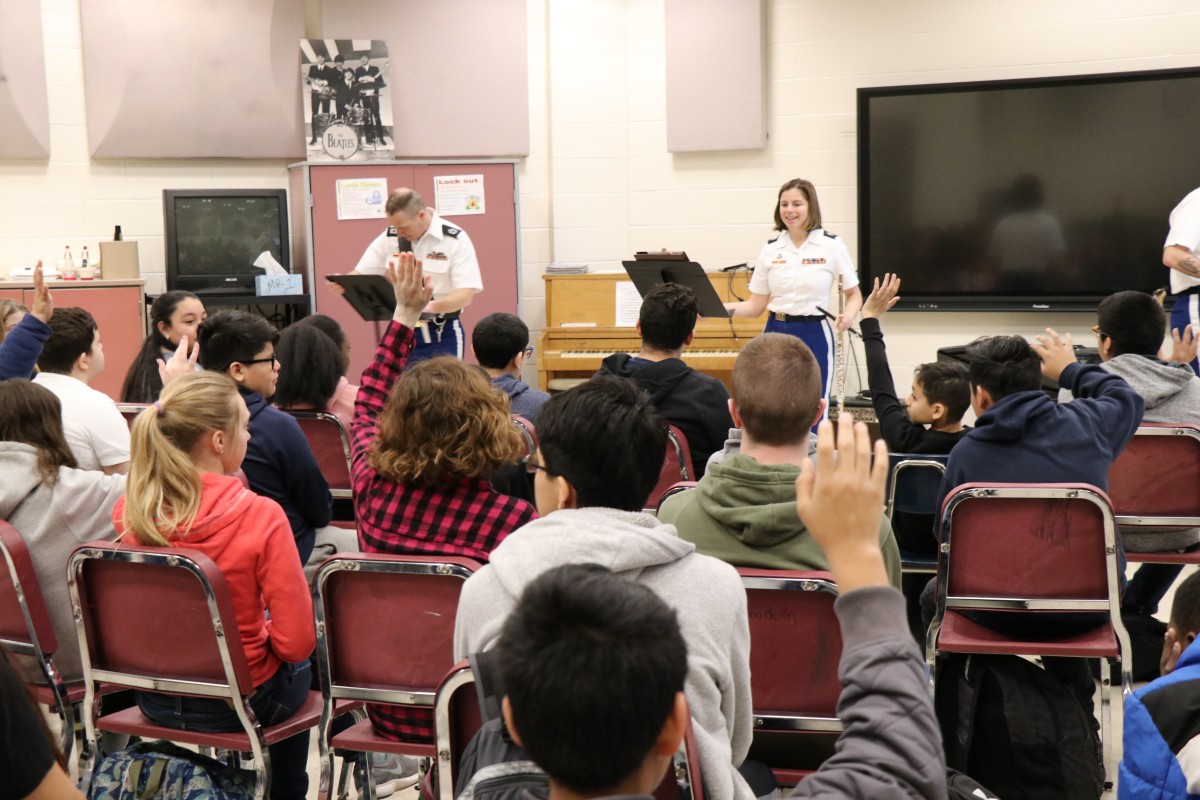 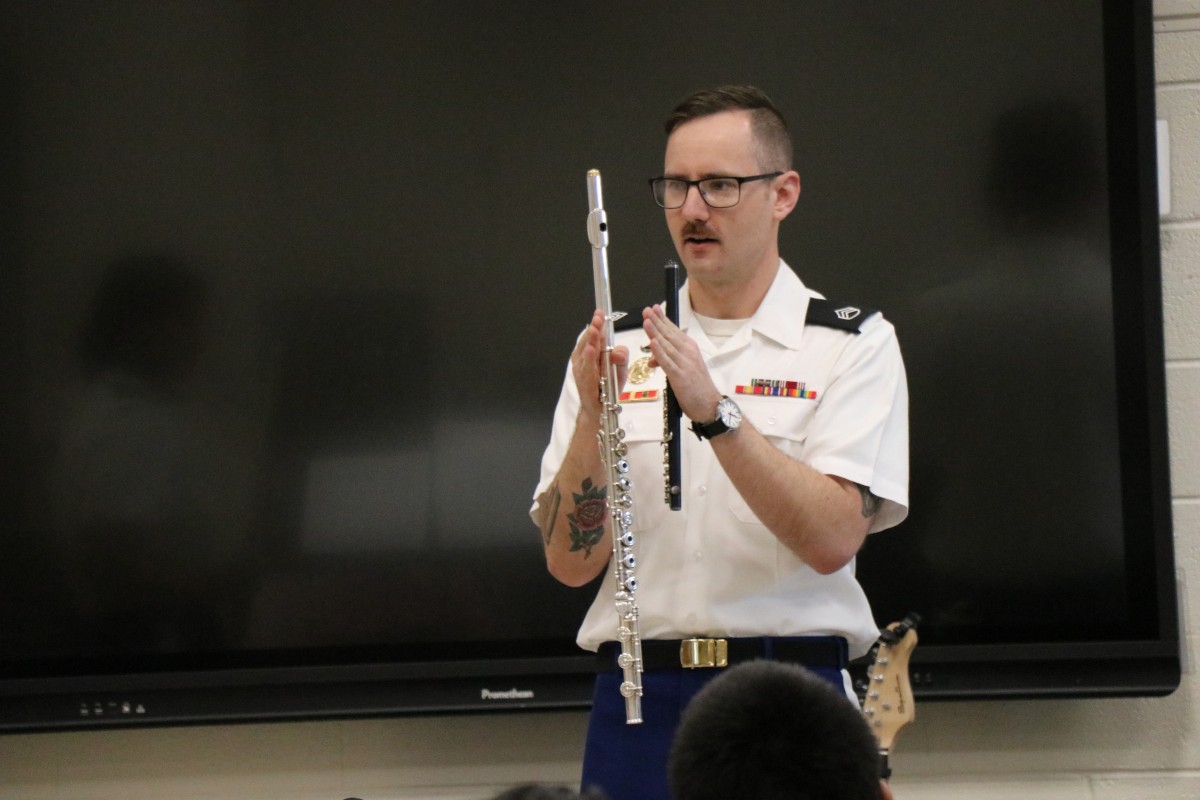 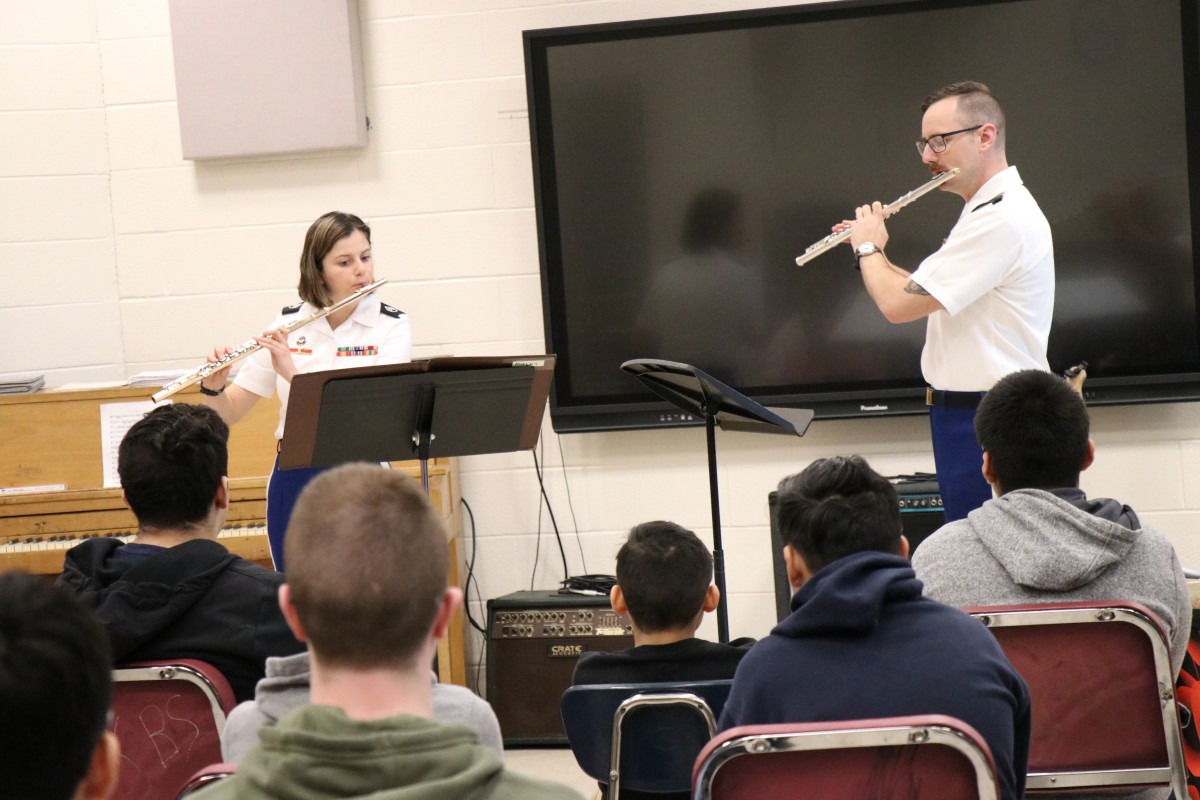 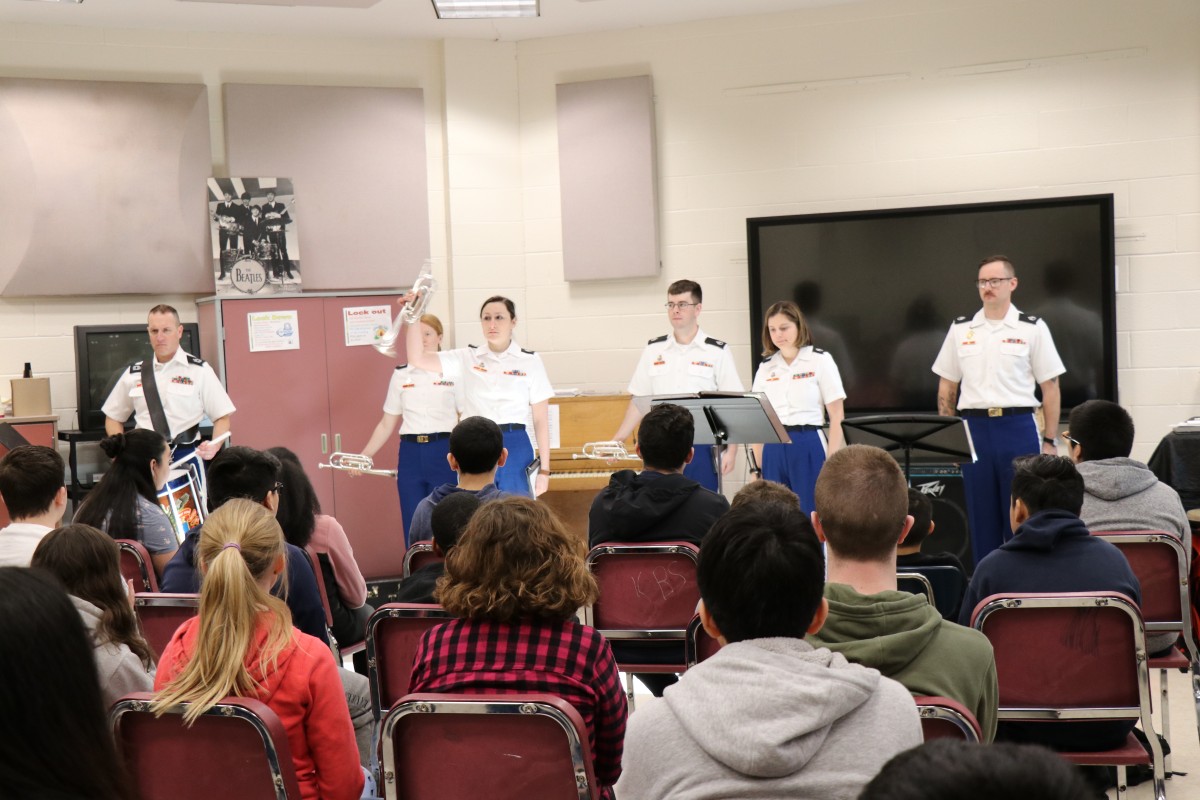 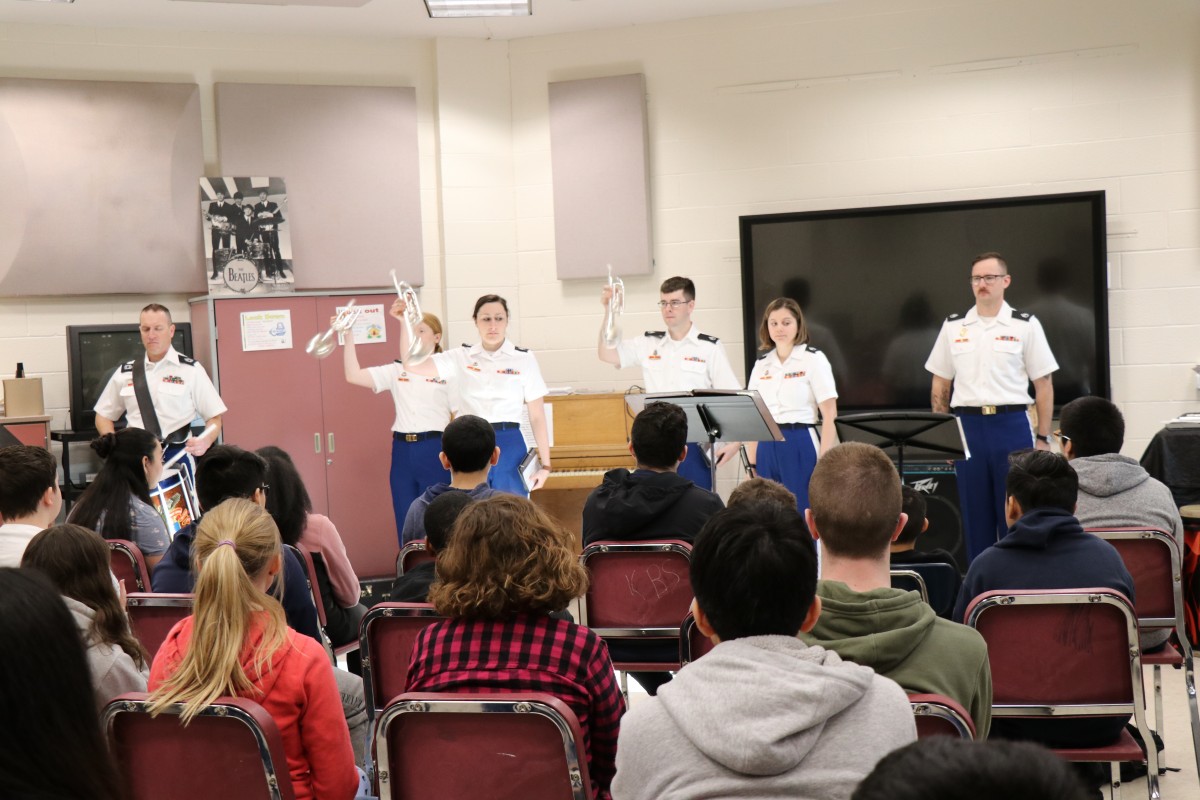 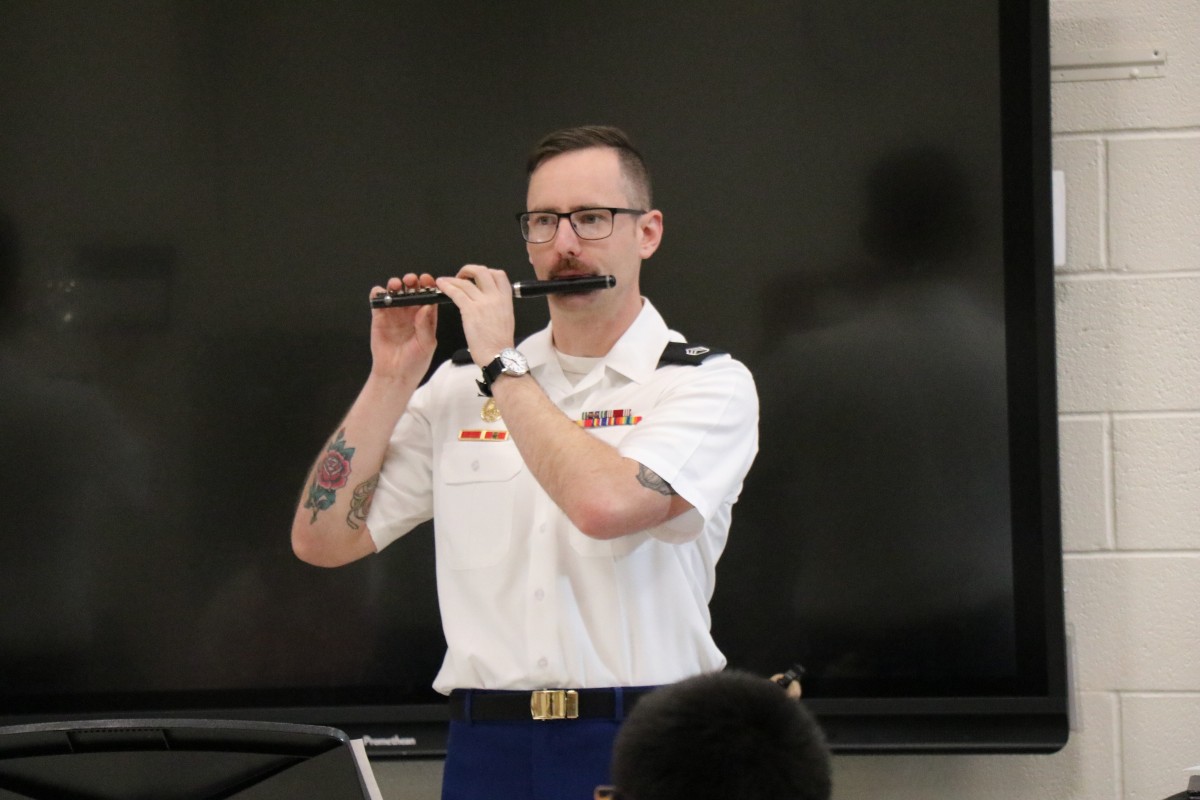 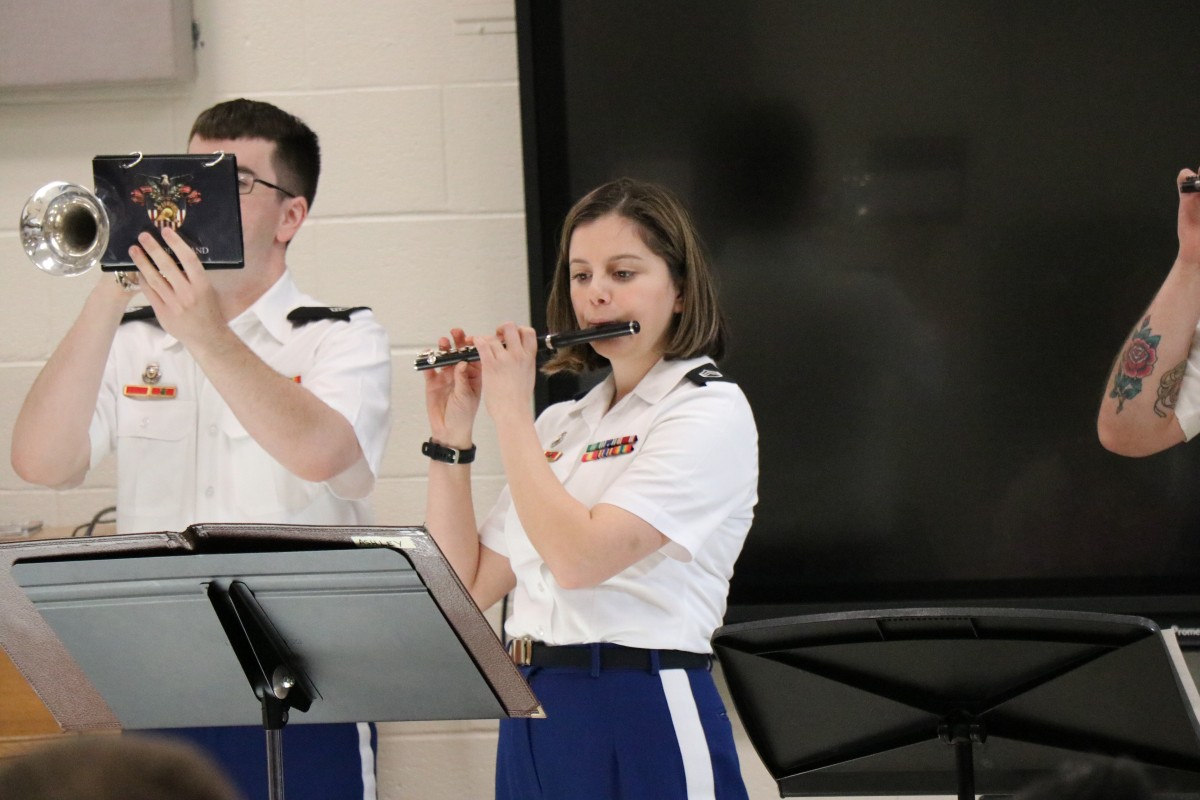 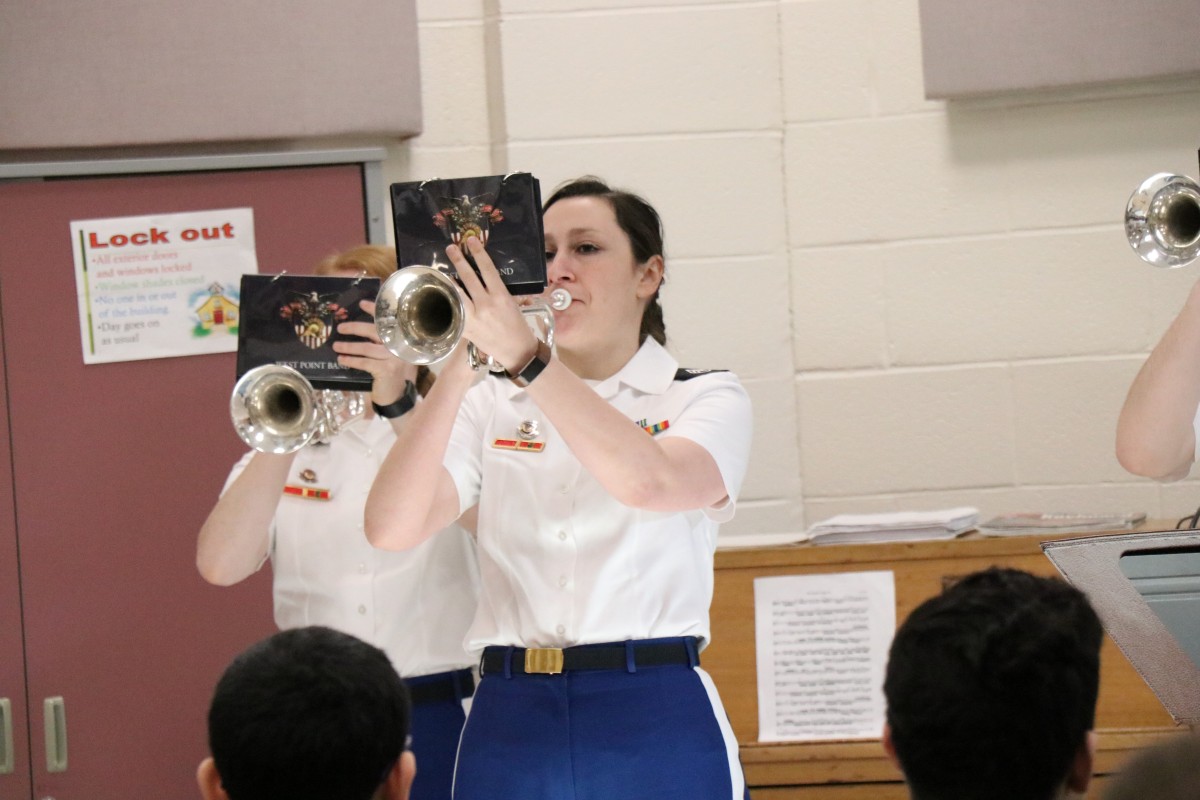 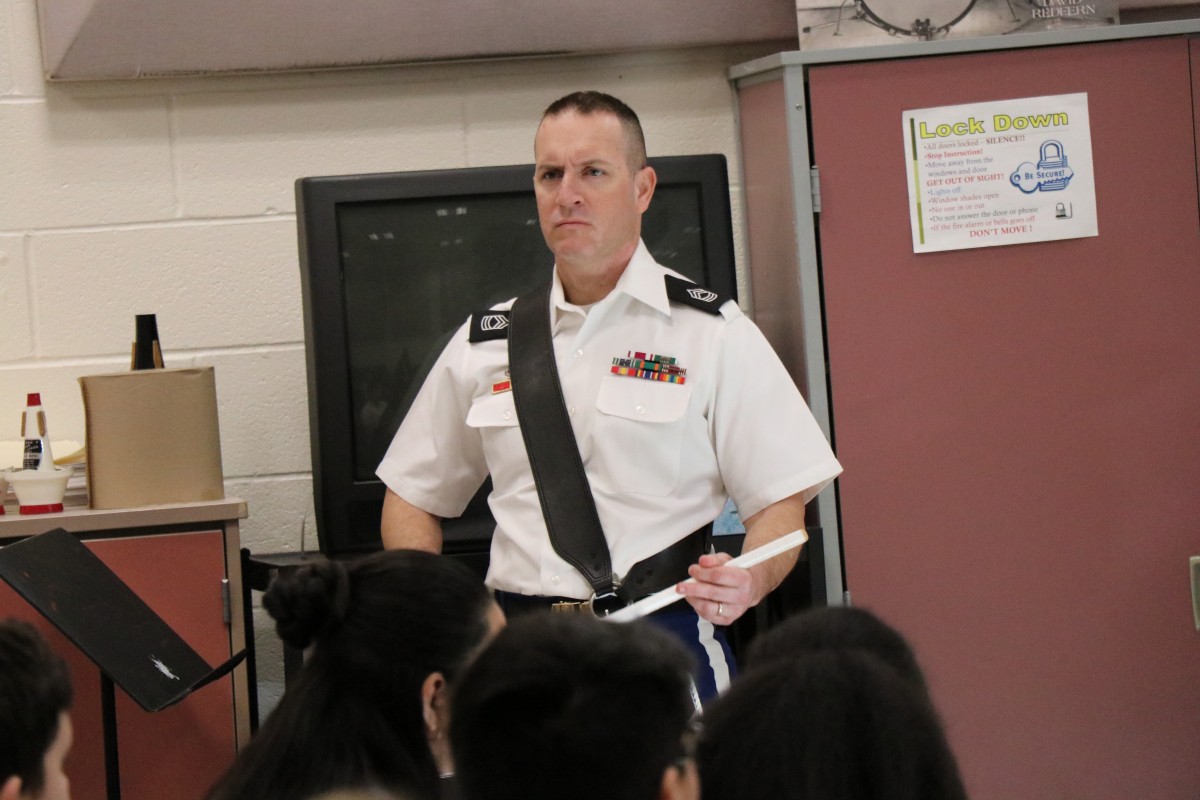 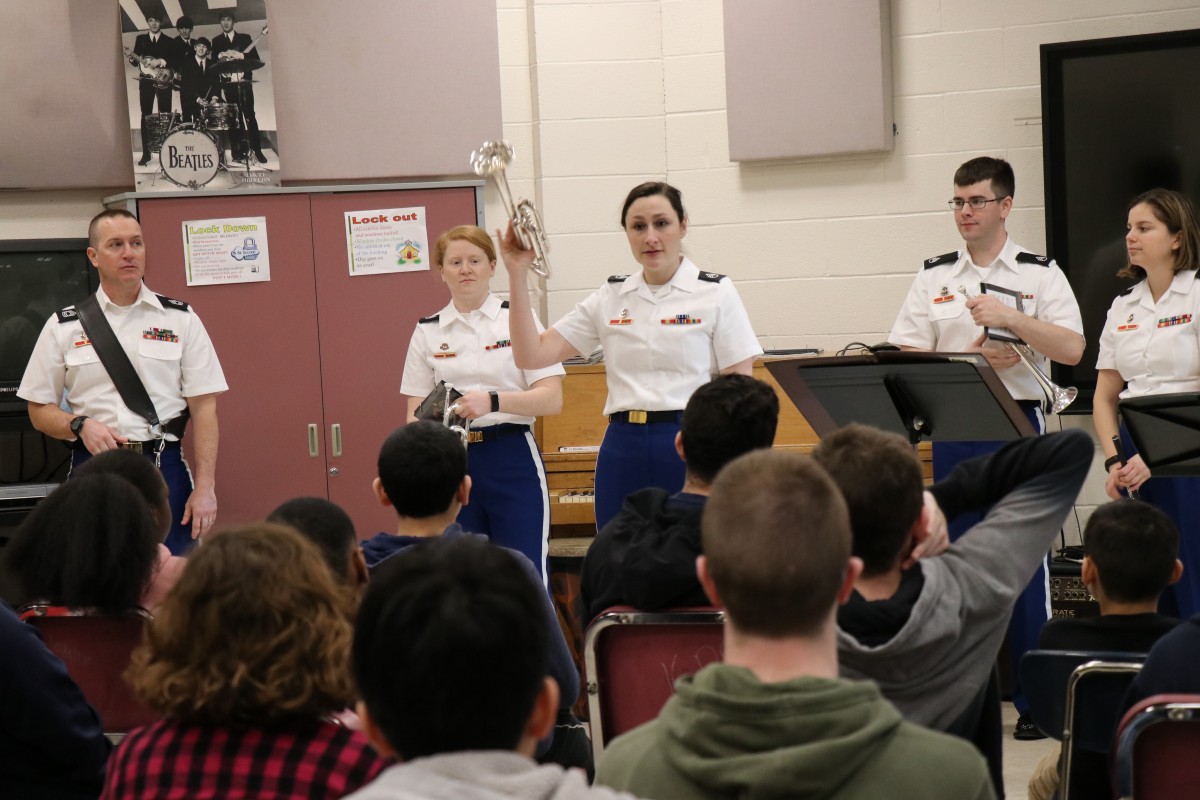 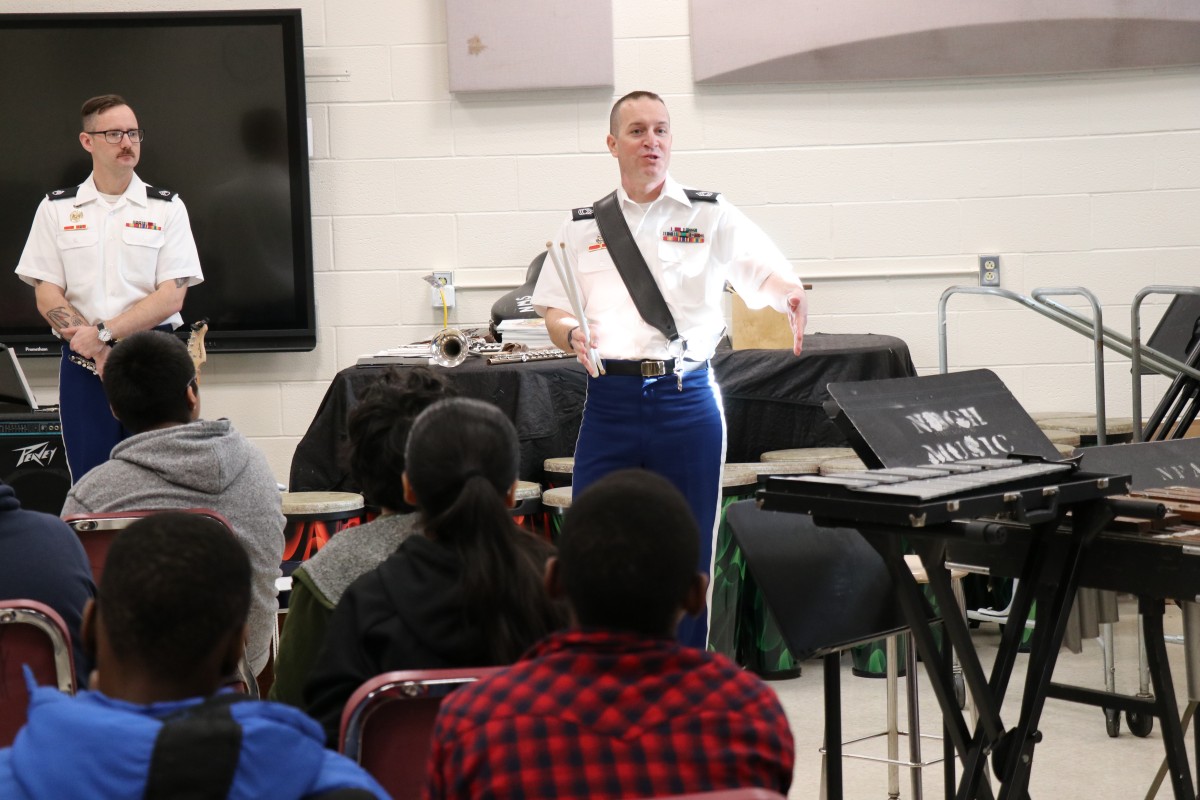 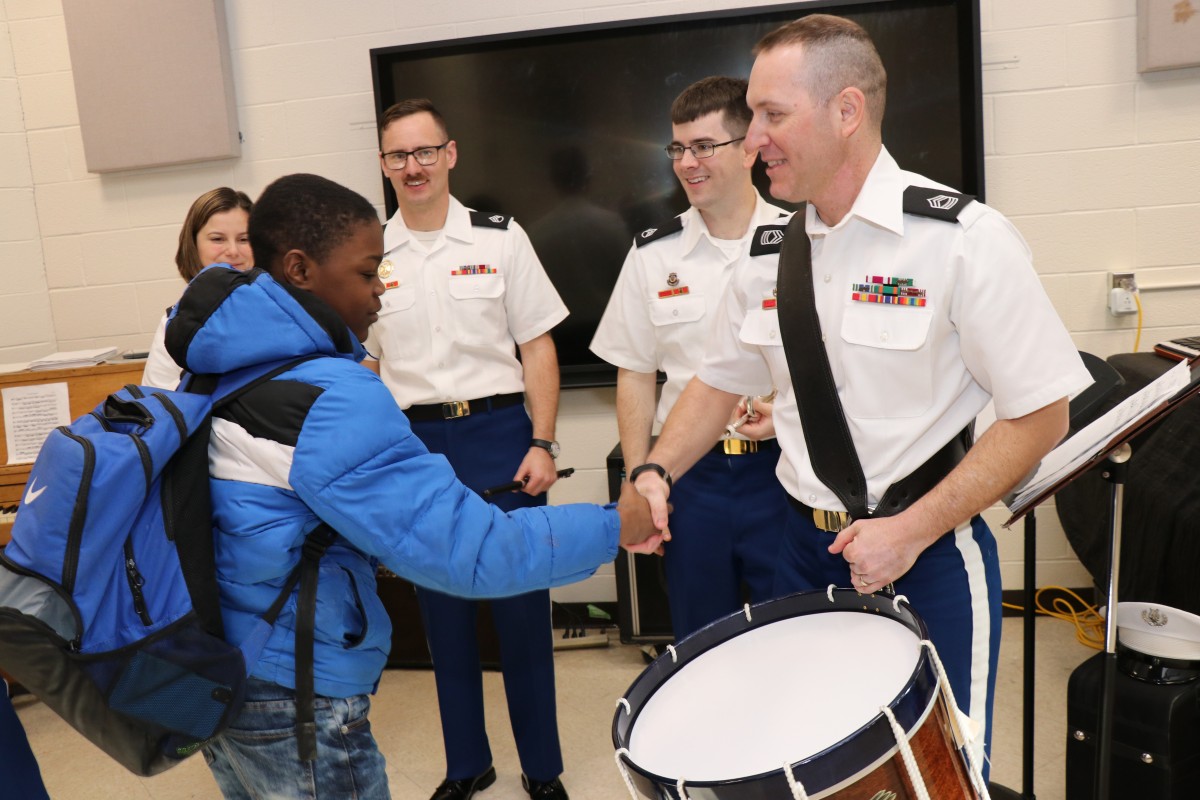 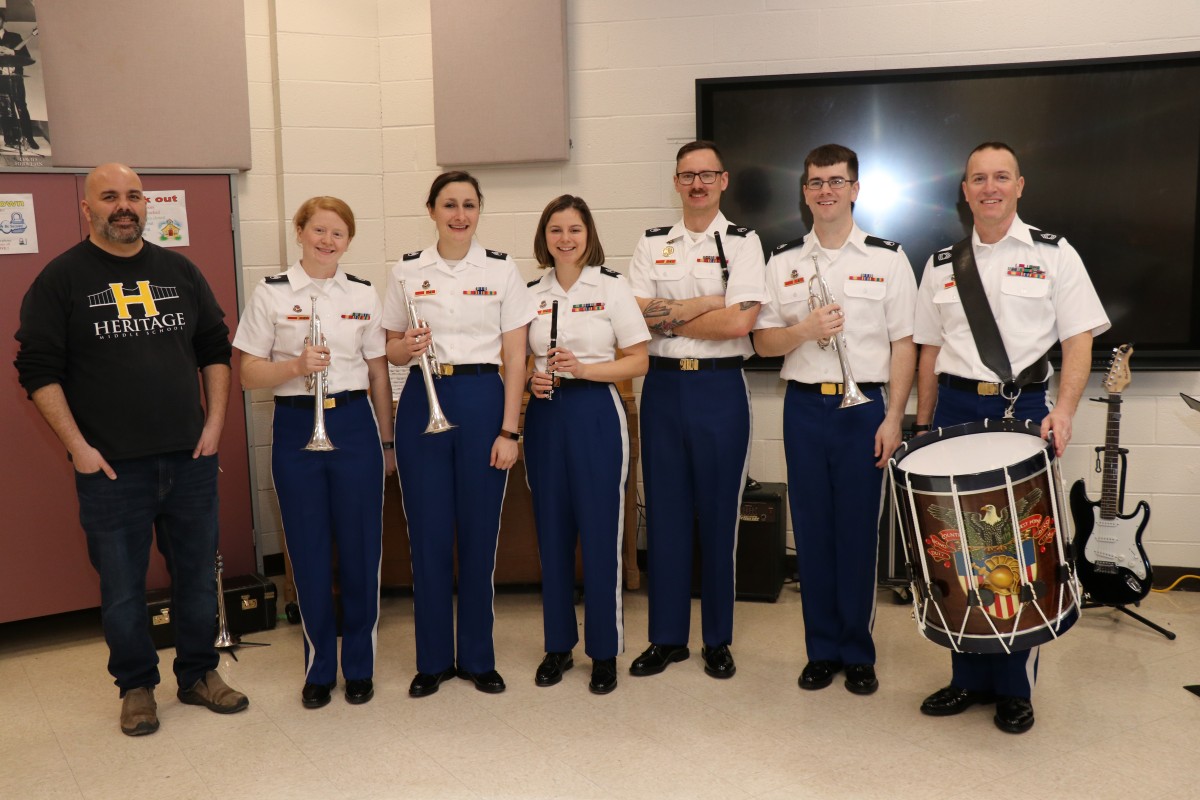