On Friday, February 11th, GAMS Tech held their Leadership Assembly "Revival". It was the first such assembly held at GAMS in over two years. The event was live streamed throughout the school. The assembly was centered around GAMS LEADERS of the Month which also included their value of the month: Kindness. In addition, LEADERS in Physical Education and Art were recognized and awarded certificates. (Complete list of award recipients below)
The assembly was hosted by Ms. Lofaro and GAMS "Leaders" Laylanny Rosado, Analia Camacho, Jorge Riquelme, Noahn Manzur and Ethan Vazquez of Ms. Spencer Smith's 5th grade class.  The MC's for the morning did an amazing job keeping the audience engaged with jokes, skits and poetry. They truly set the tone for what would be a fun morning.
First grader, Melanie Recinos-Lopez of Ms. Purdy's class read from her Project on Bears, followed by Ms. Moody and Ms, McCartney's 3rd grade class who sang the I Have a Dream Song in celebration of Black History Month.
Ms. Spencer Smith's 5th grade class then took to the stage to perform their ode to the Zones of Regulation with their own creative rendition of the song Celebration.
GAMS scholars were also recognized for their improvement in attendance as Early Bird (mascot) provided a jolt to the festivities with entertaining dance moves before presenting Ms. Mata's 2nd grade class with a trophy for being the class with the best attendance.
The smiles and laughter of scholars and staff filled the auditorium. The energy at their first assembly in over two years provided a much needed return to normalcy. The future is certainly brighter at GAMS. 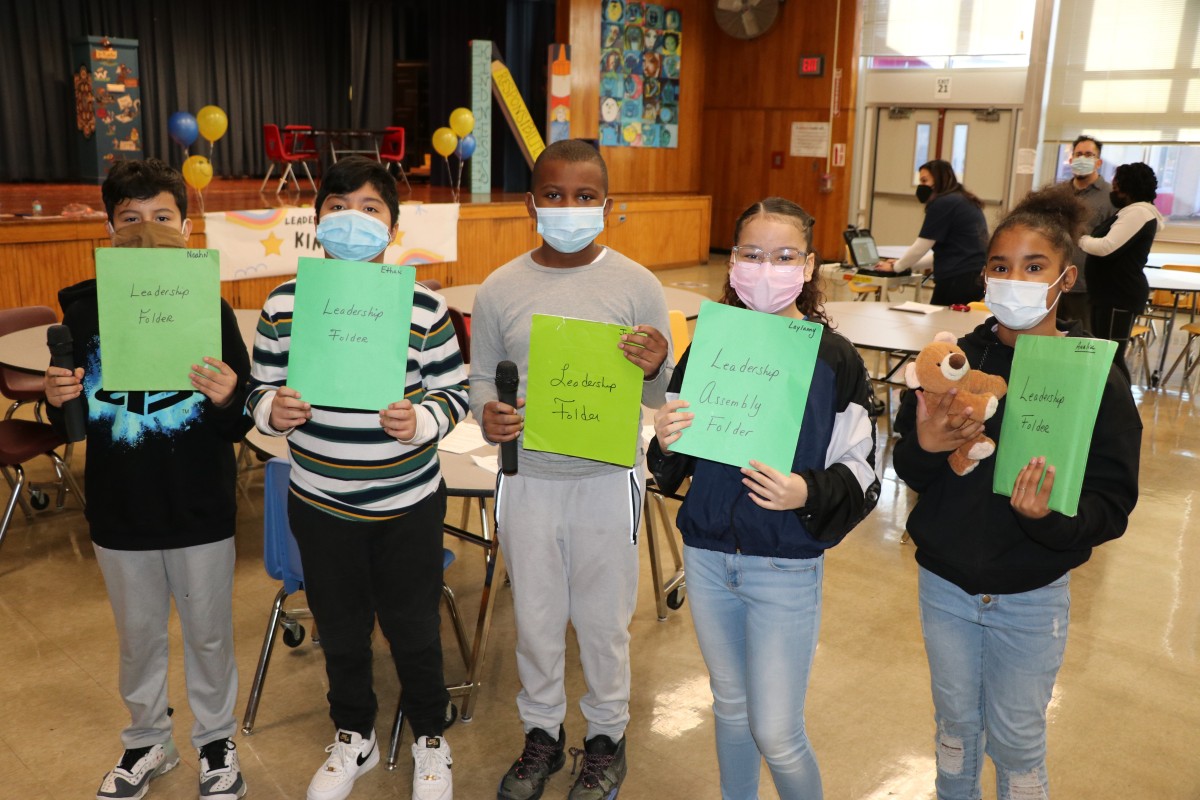 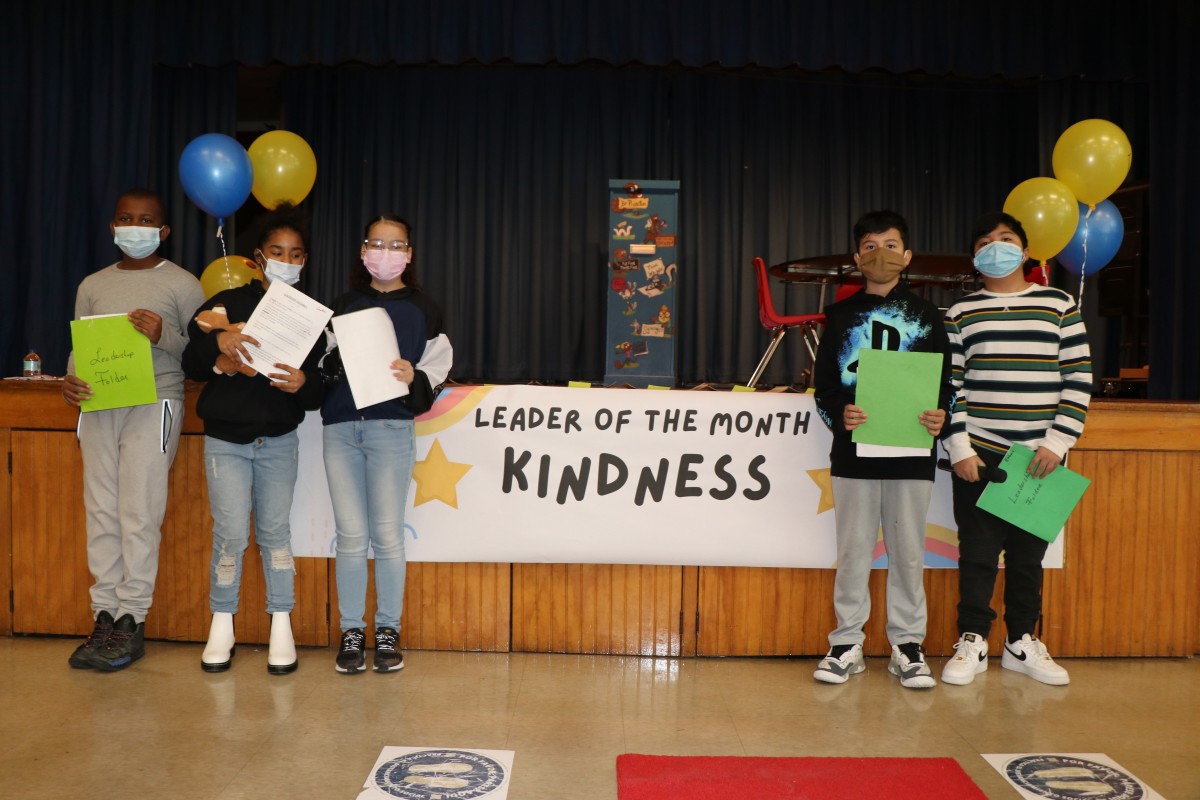 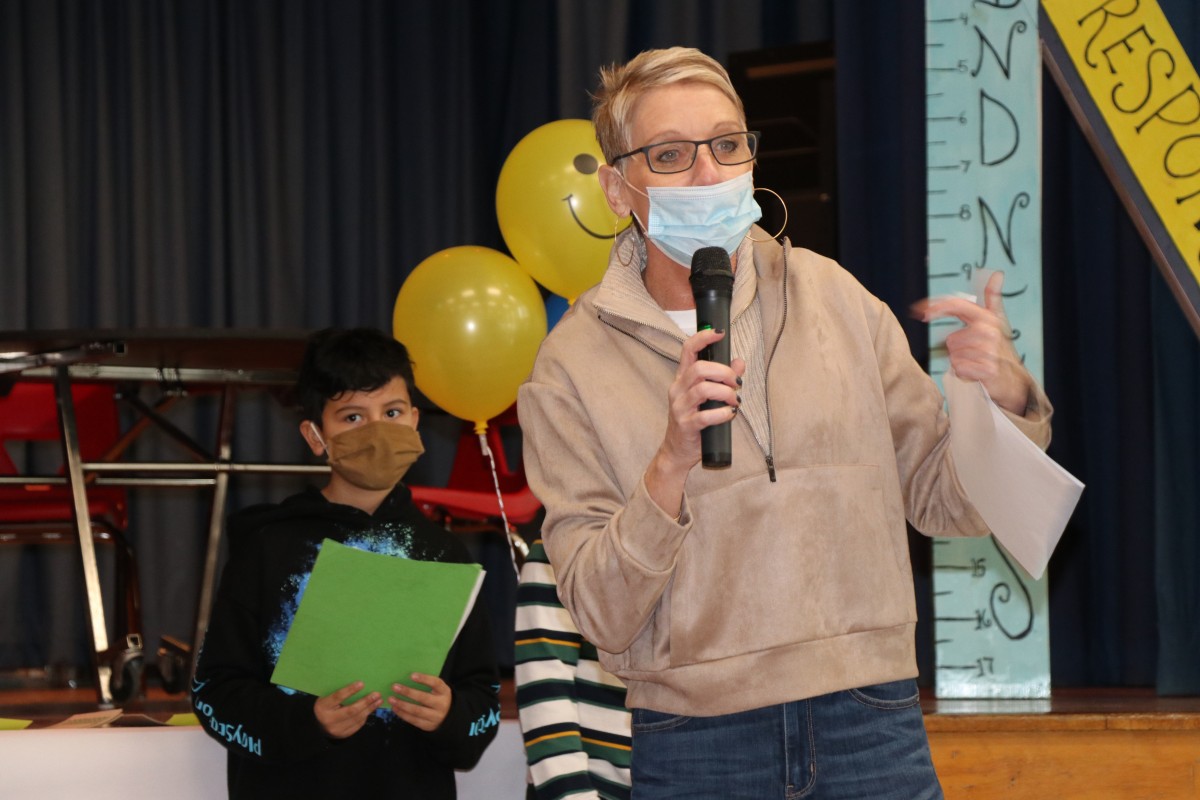 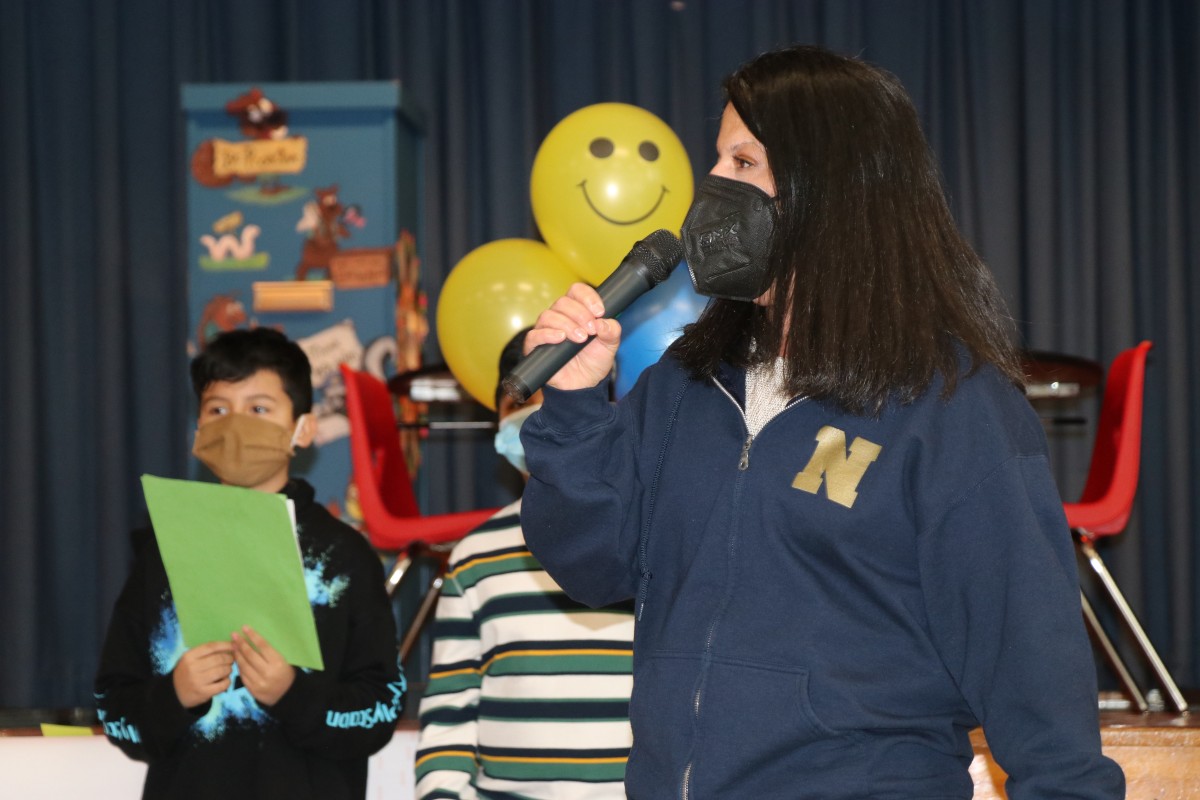 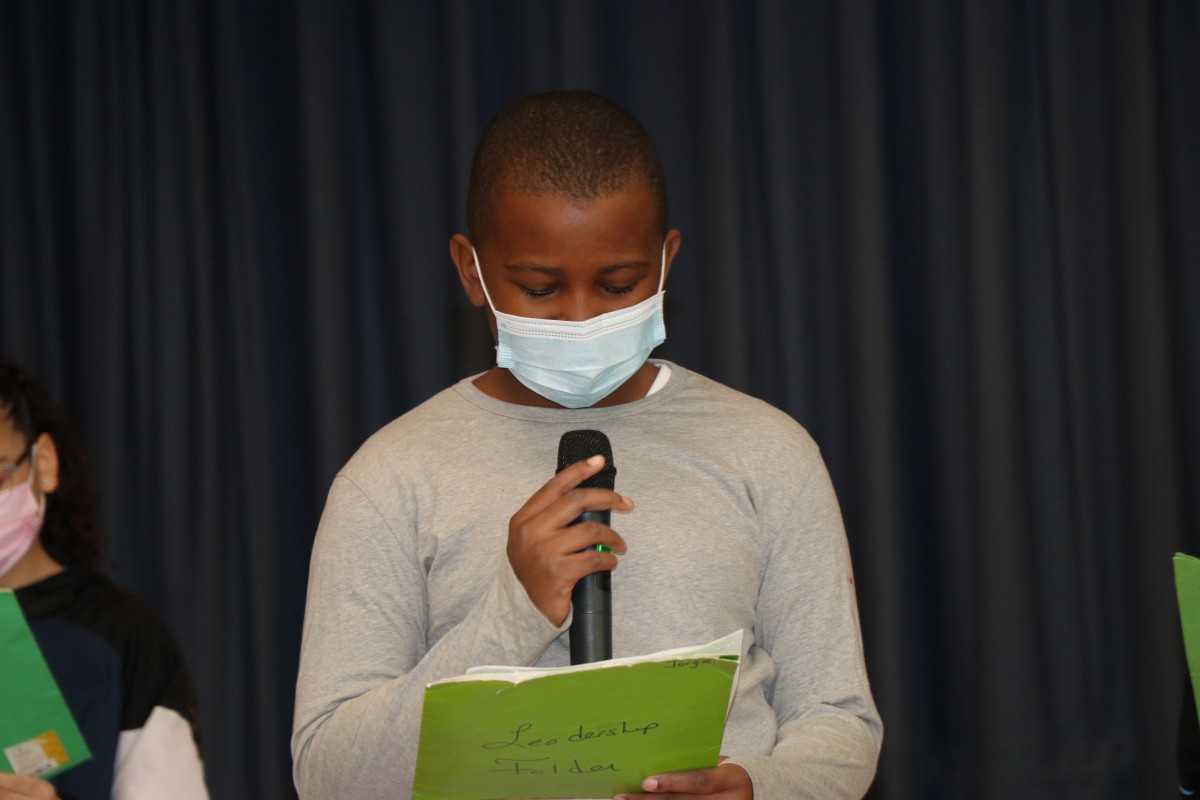 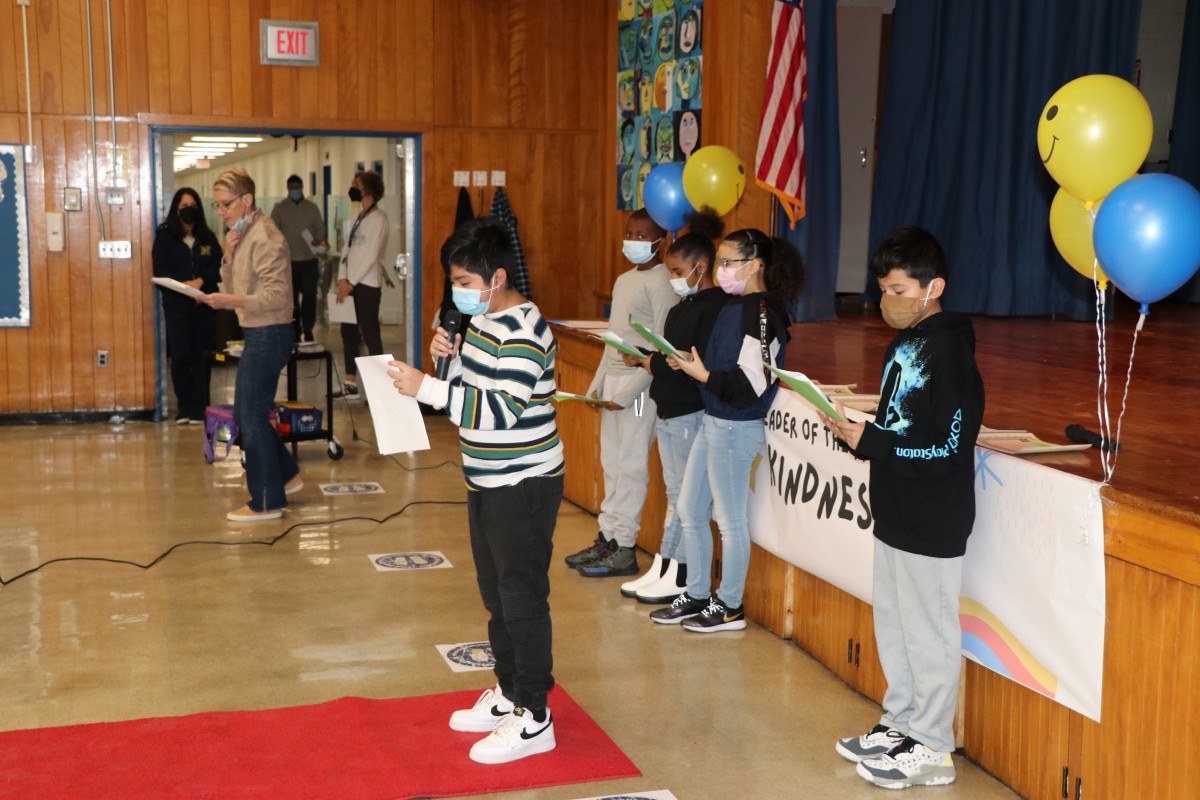 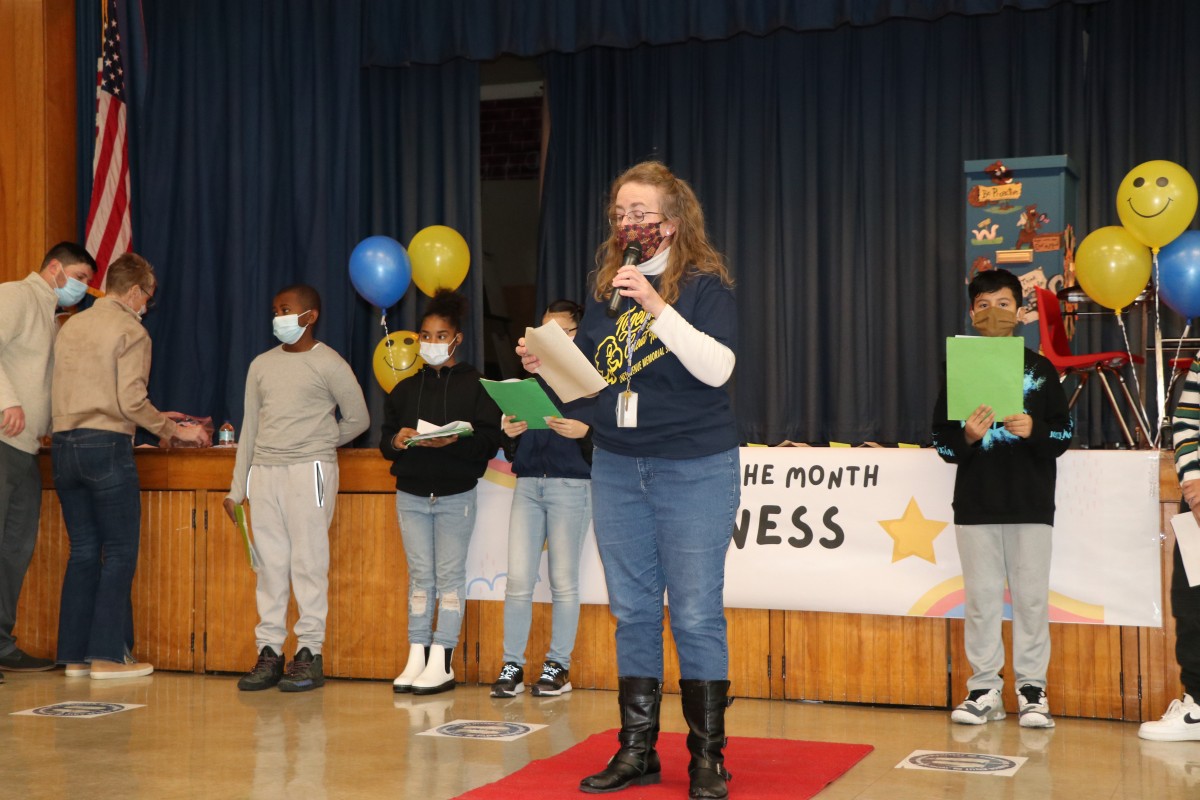 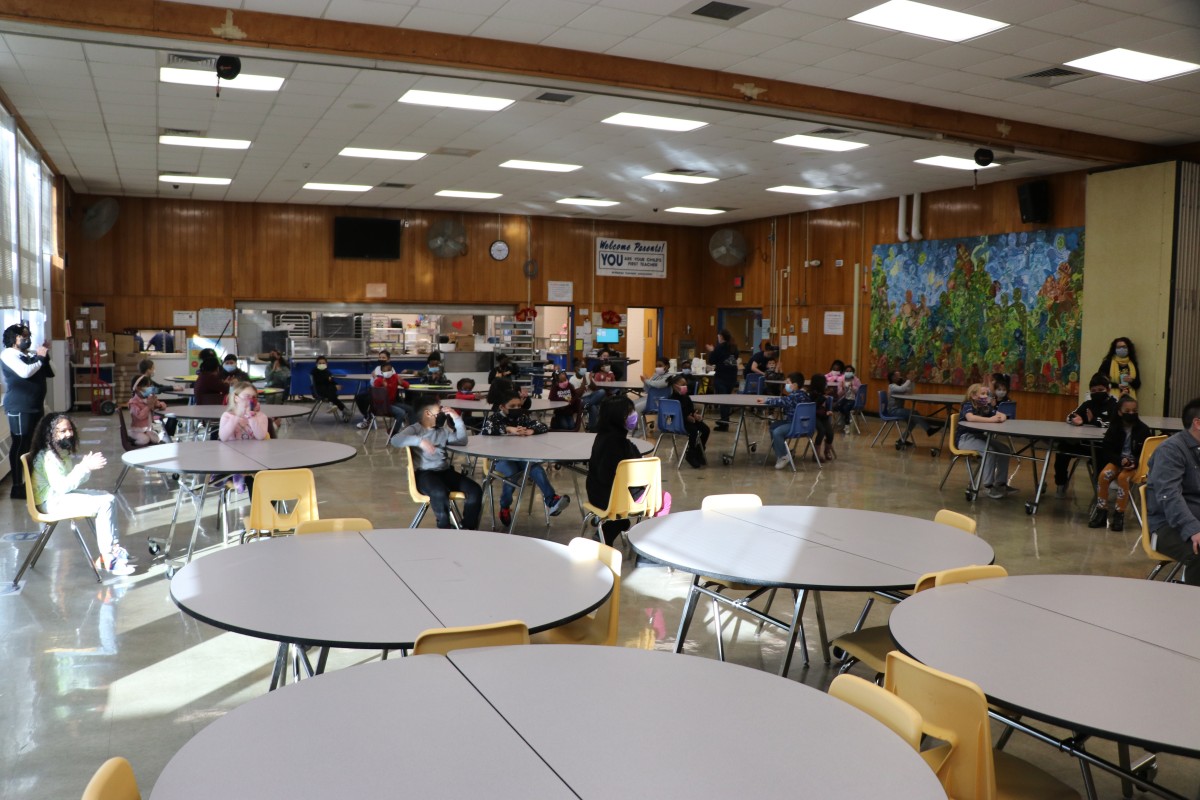 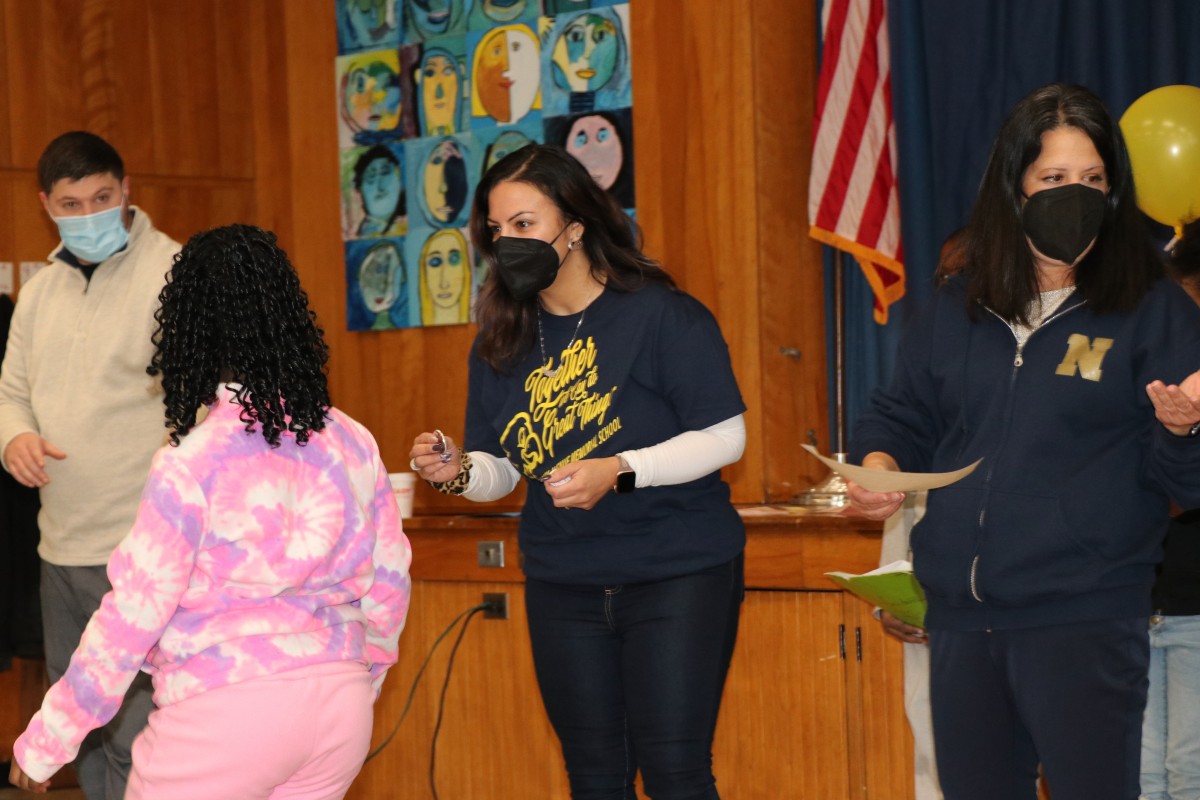 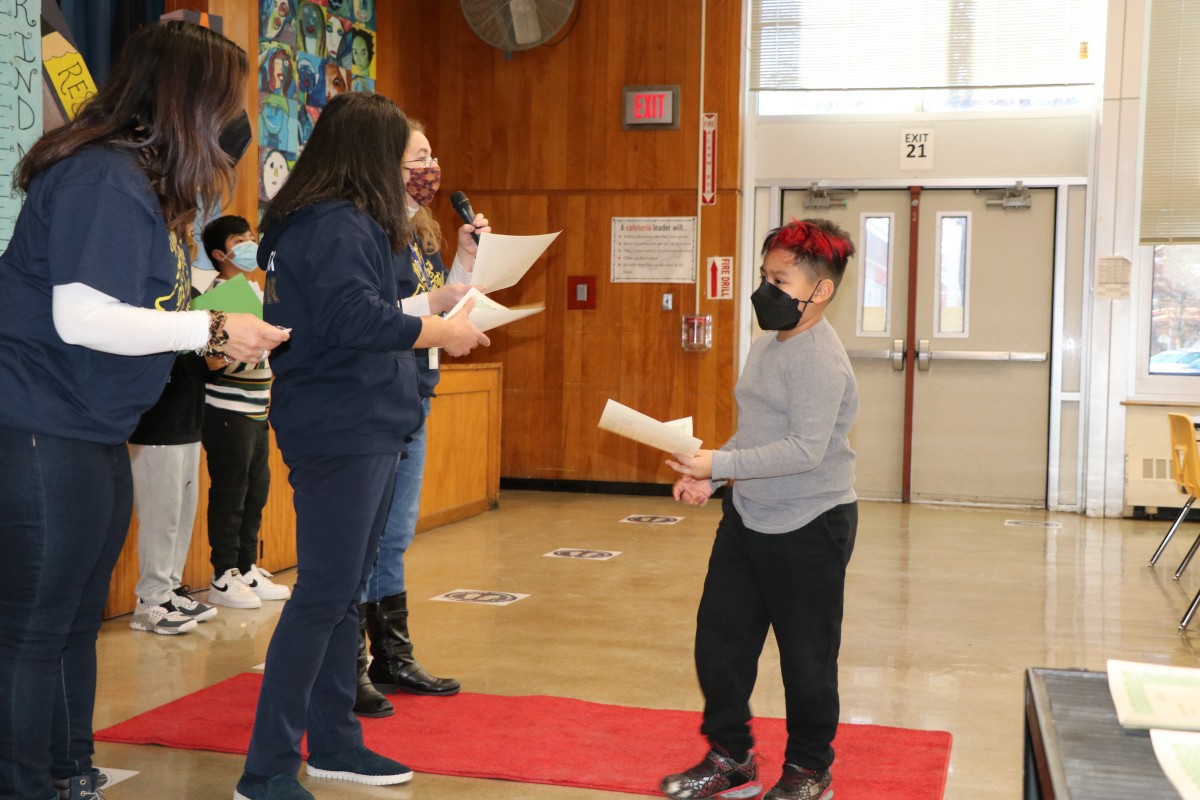 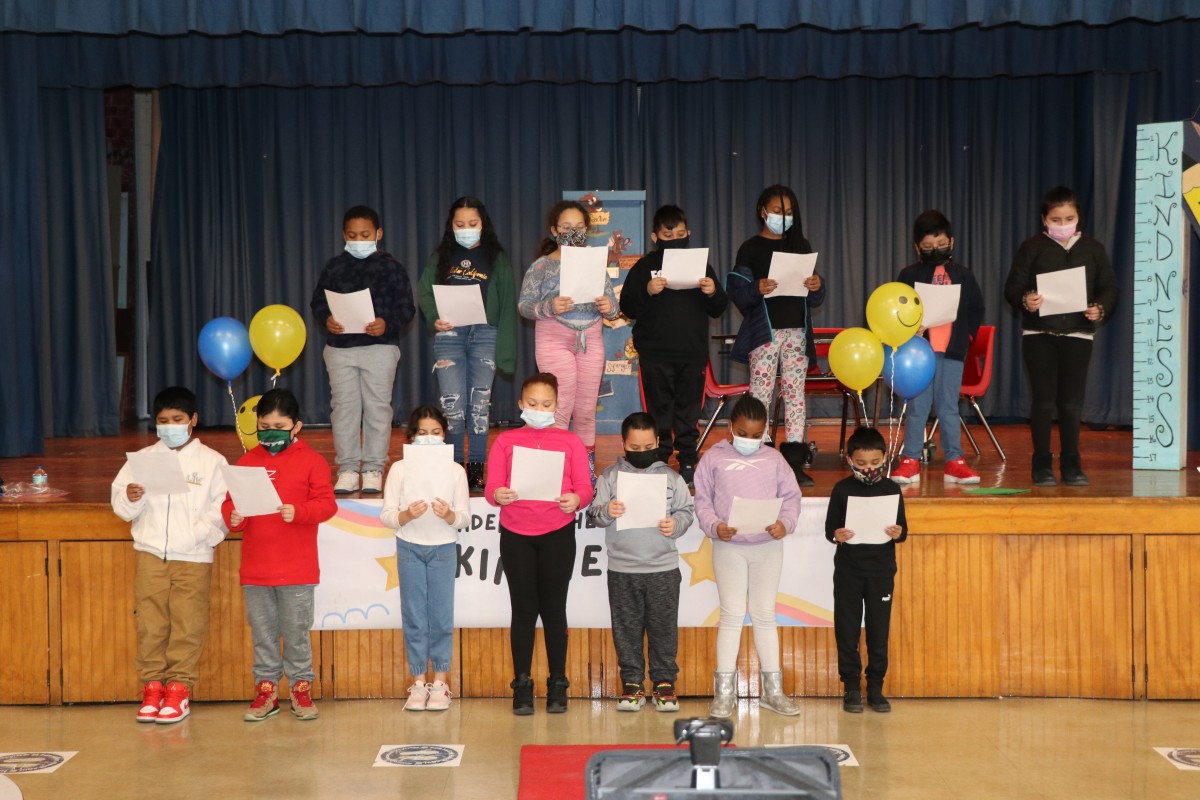 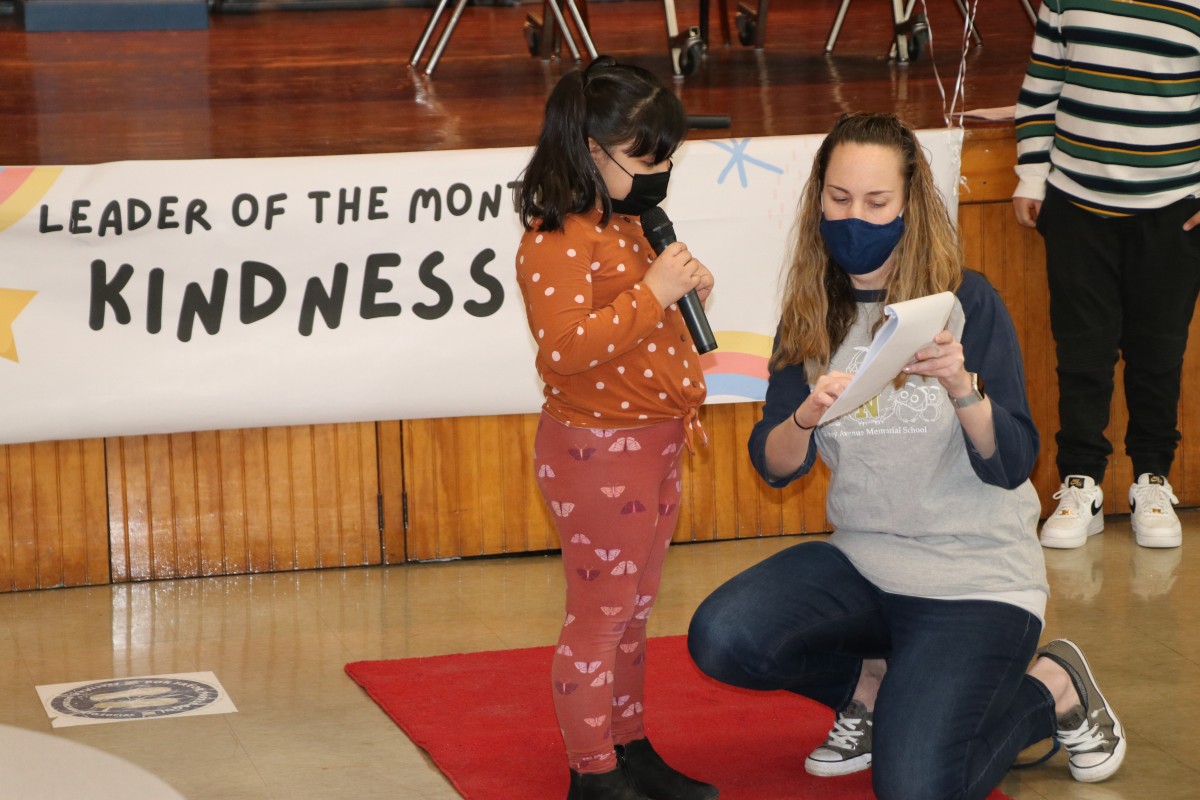 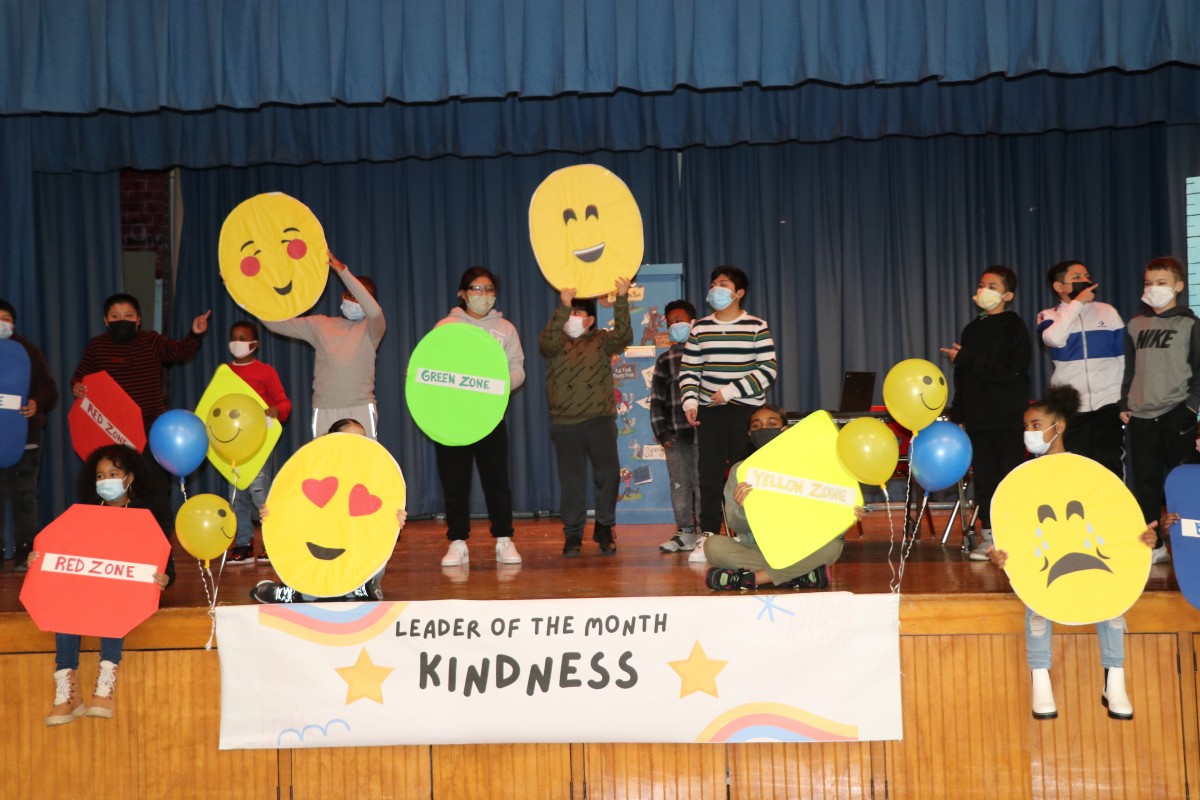 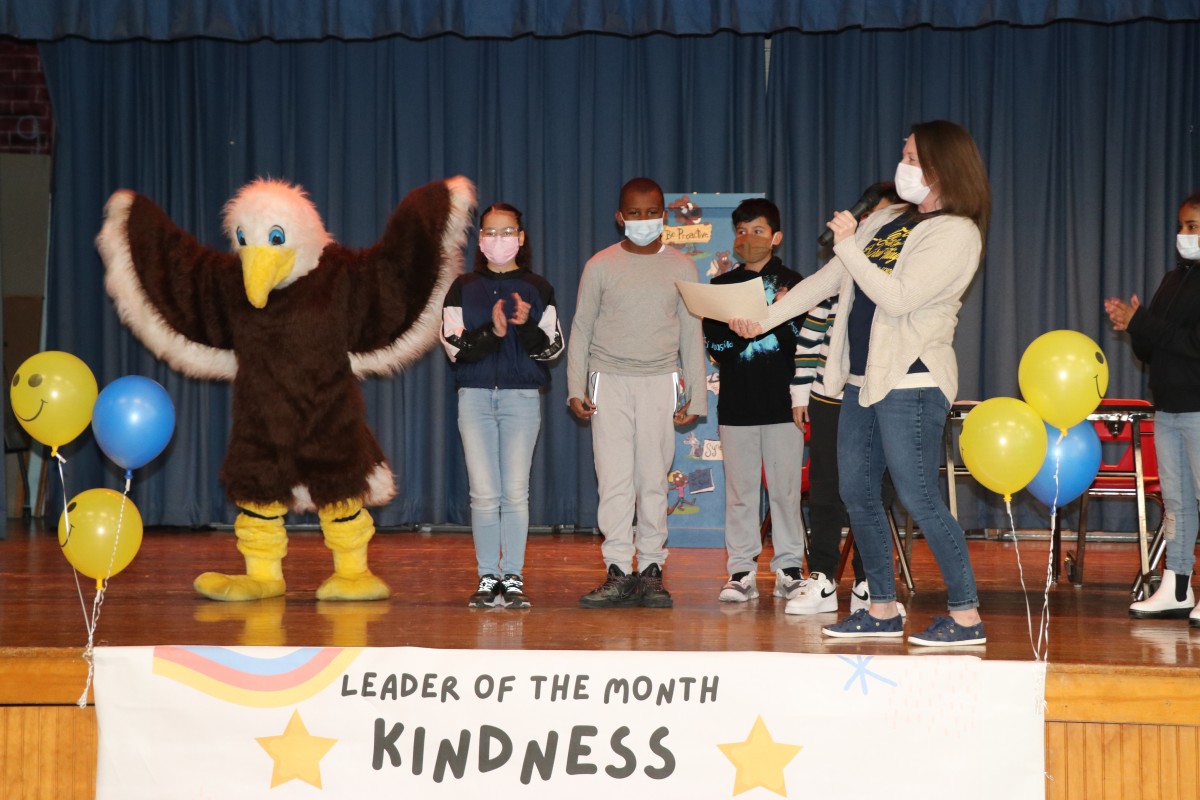 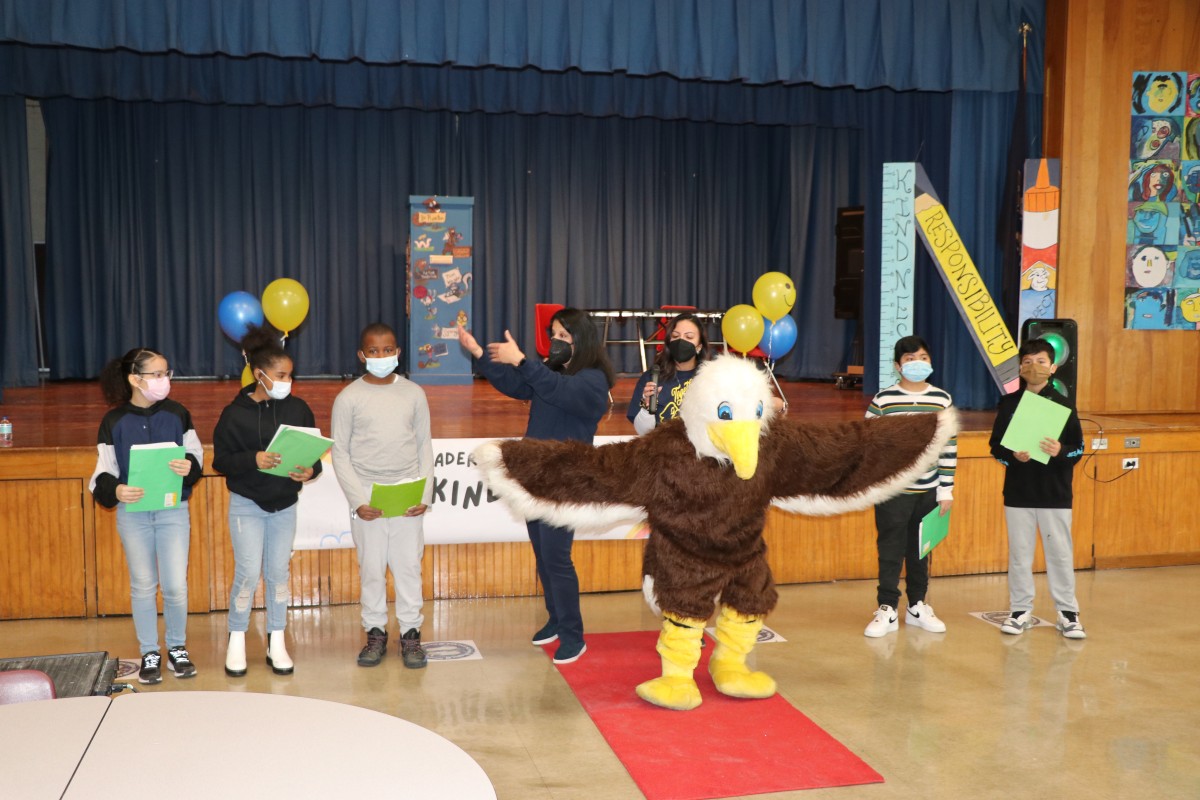 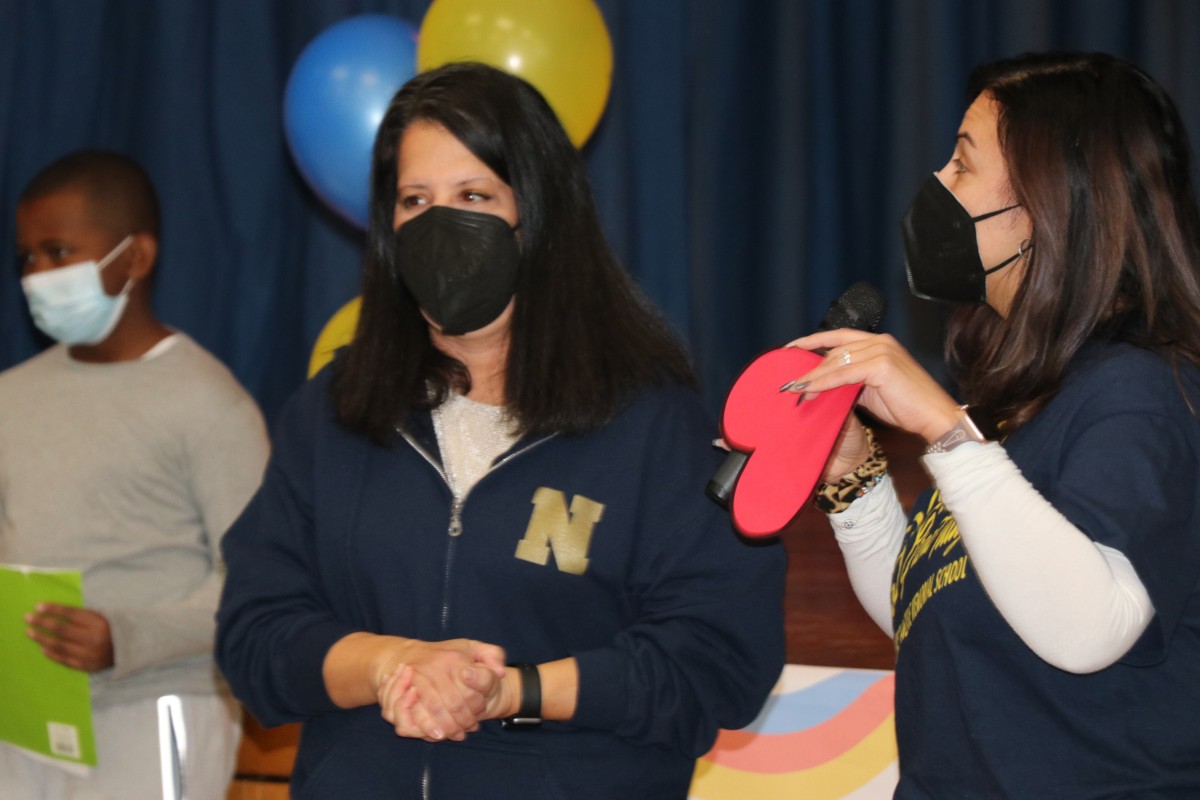