The Doo Wop Project begins at the beginning, tracing the evolution of Doo Wop from the classic sound of five guys singing tight harmonies on a street corner to the biggest hits on the radio today. In their epic shows DWP takes audiences on a journey from foundational tunes of groups like the Crests, Belmonts and Flamingos through their influences on the sounds of Smokey Robinson, The Temptations, and The Four Seasons all the way to DooWopified versions of modern musicians like Michael Jackson, Jason Mraz and Maroon 5. Featuring stars of Broadway’s smash hits Jersey Boys and Motown: The Musical, the Doo Wop Project brings unparalleled authenticity of sound and vocal excellence to recreate—and in some cases entirely reimagine—some of the greatest music in American pop and rock history!

The group explained to students that Doo Wop is a form of singing in which voices are made to sound like instruments. Like with most music, most Doo Wop songs were written about things going on around the songwriters. The group also discussed music and culture, letting the students know that much of Doo-Wop came from African-American communities and was later adopted by other cultures. “Eventually these bands were multi-cultural.”

Together with the auditorium filled with students, the group picked out harmony lines and sang with different sections of the room. The group encouraged students who like to sing Doo Wop to use their ears as much – if not more than – they read the music.

Finally, the group pointed out similarities between Doo Wop and the music that can be heard on the radio today.

Videos from the performance. 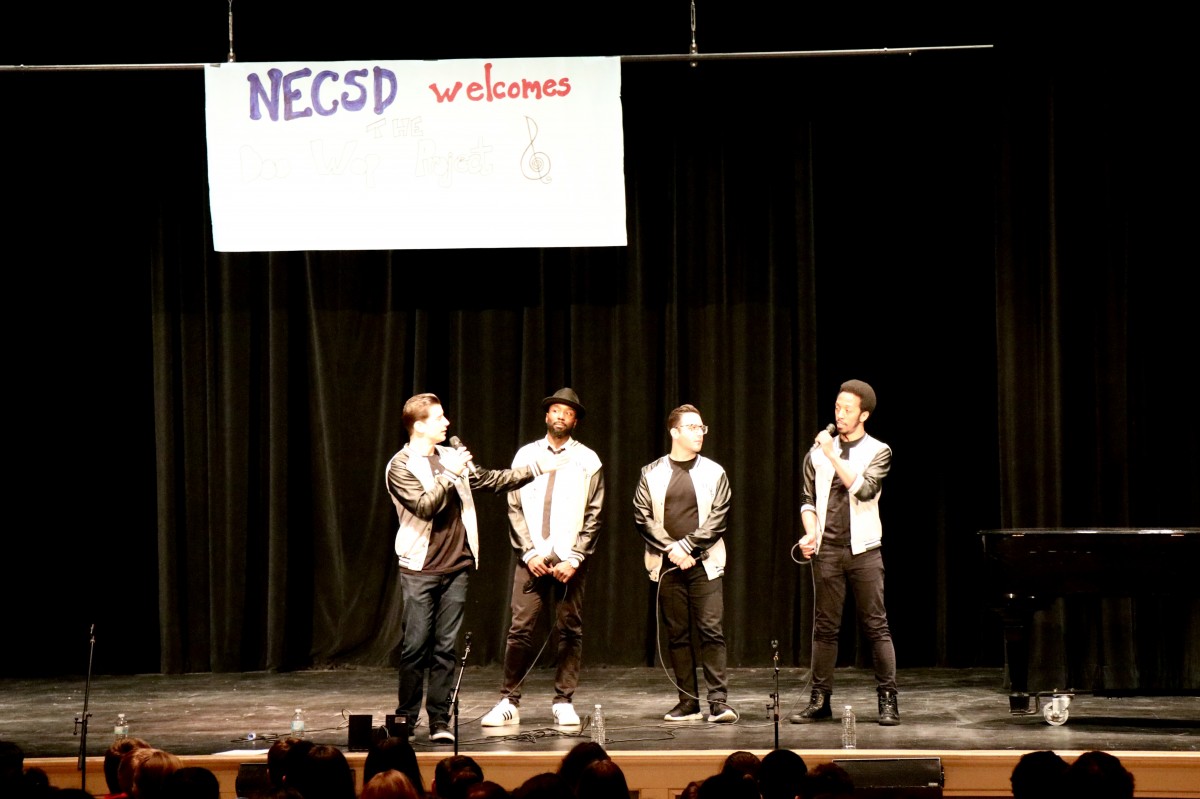 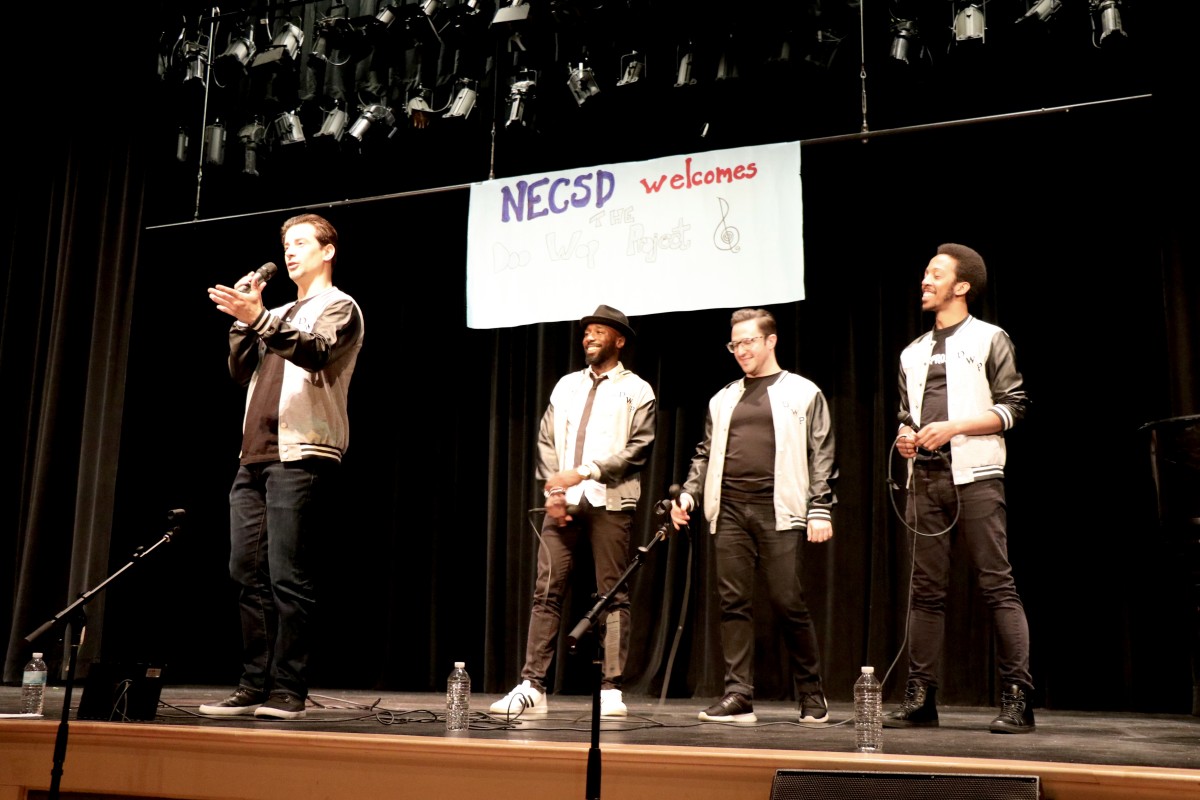 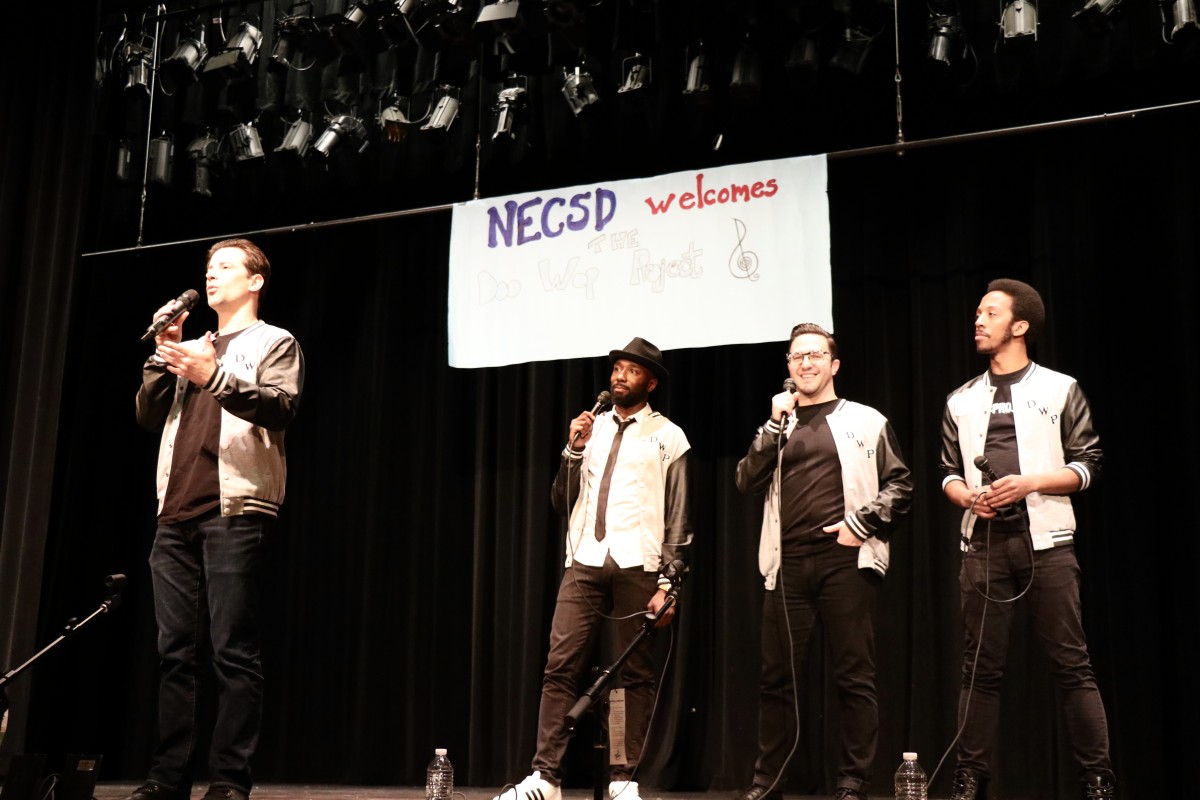 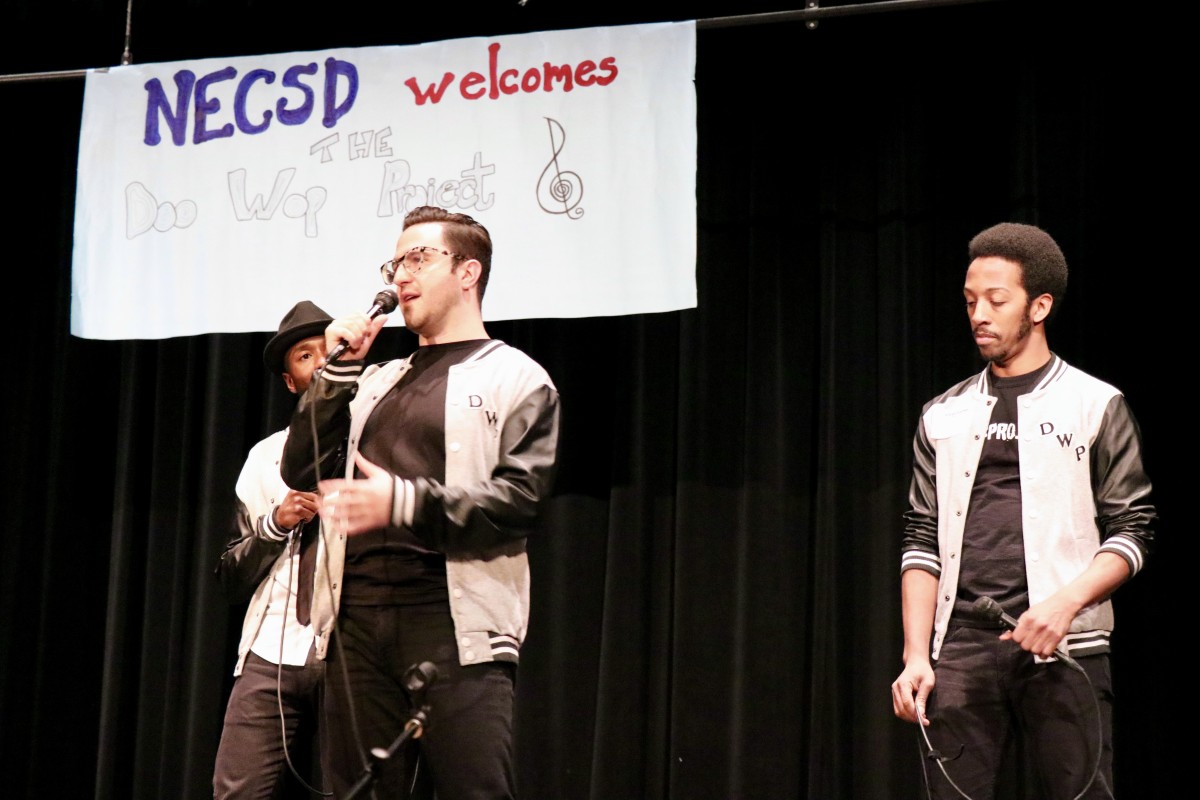 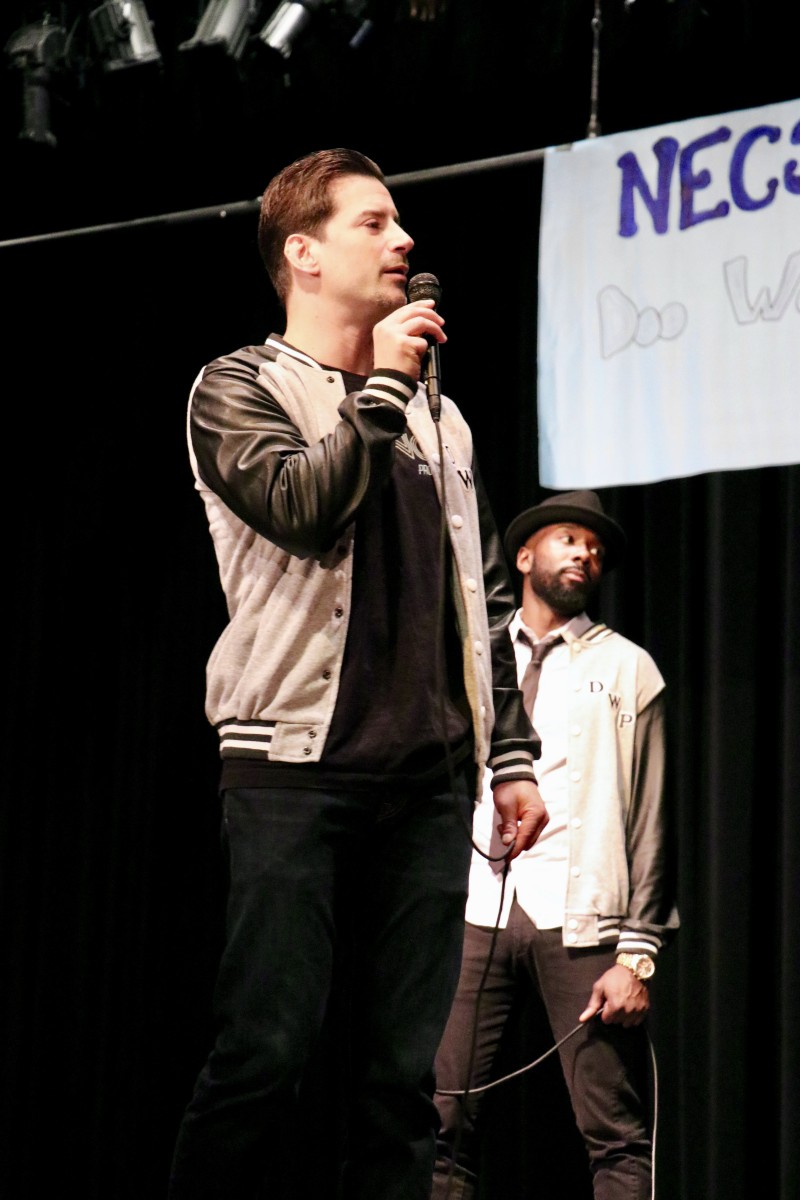 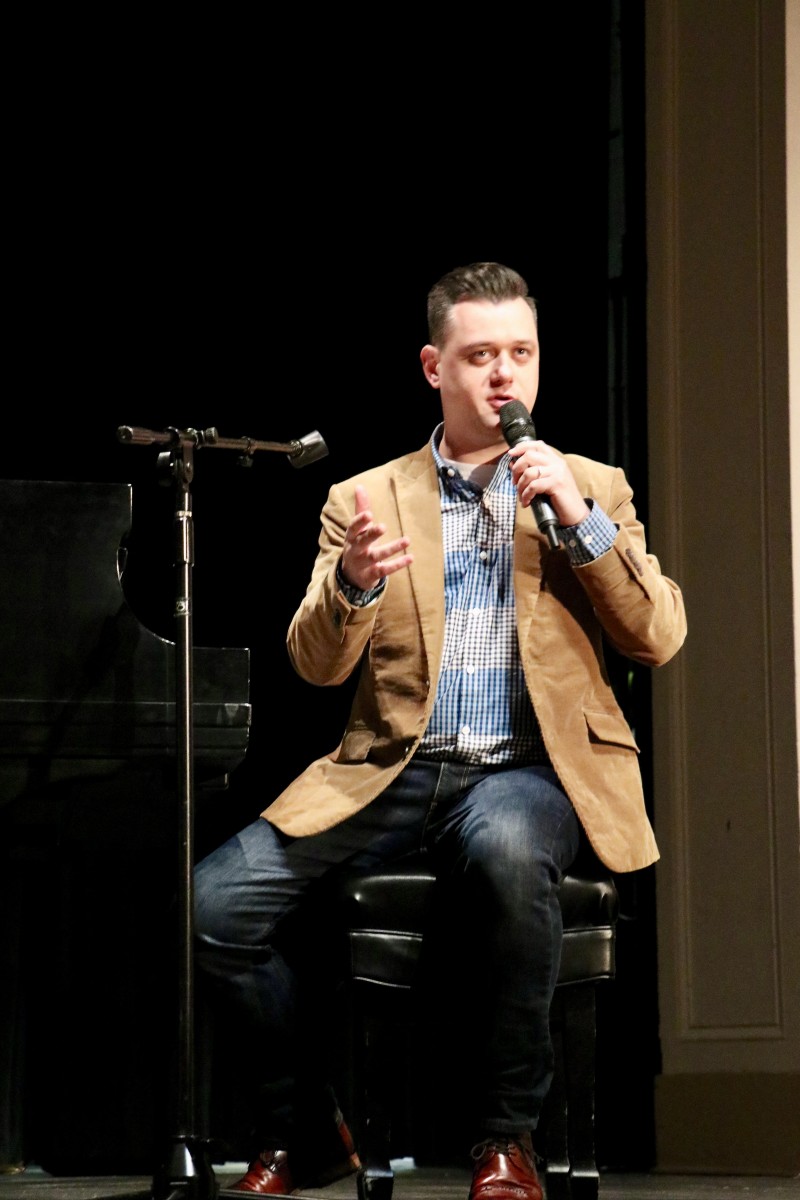 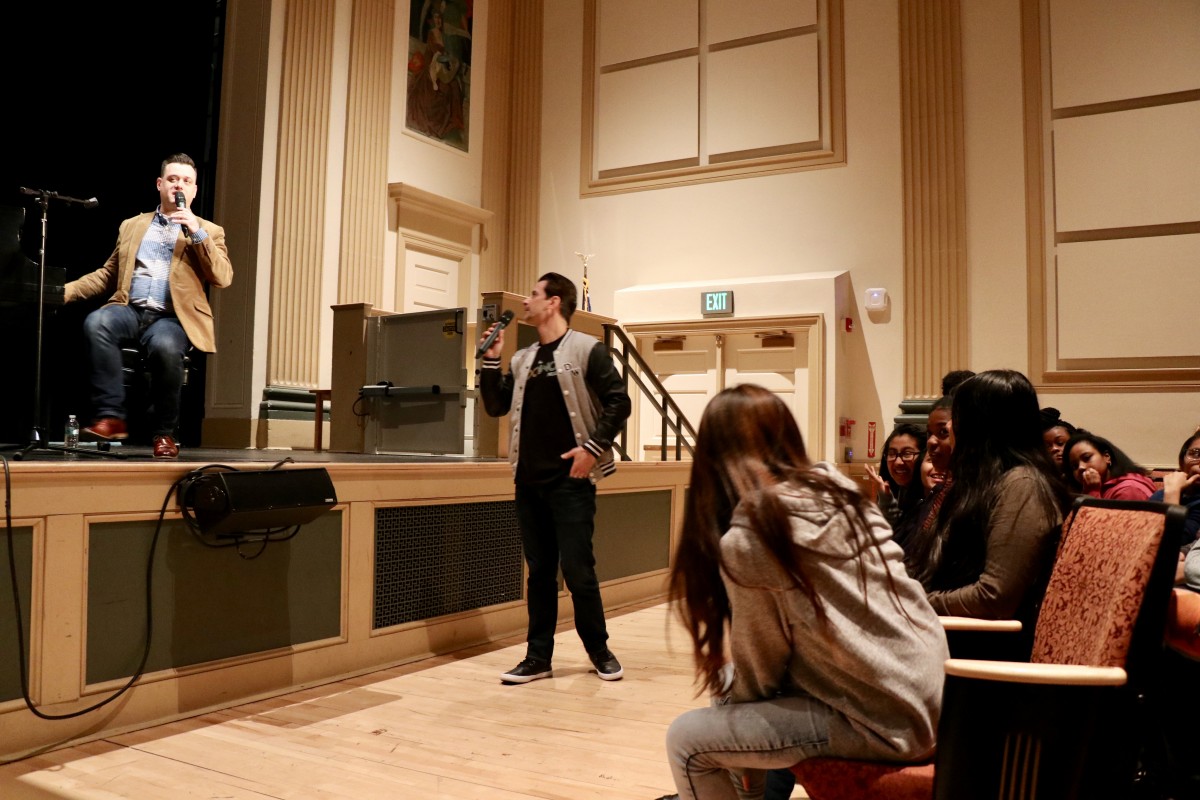 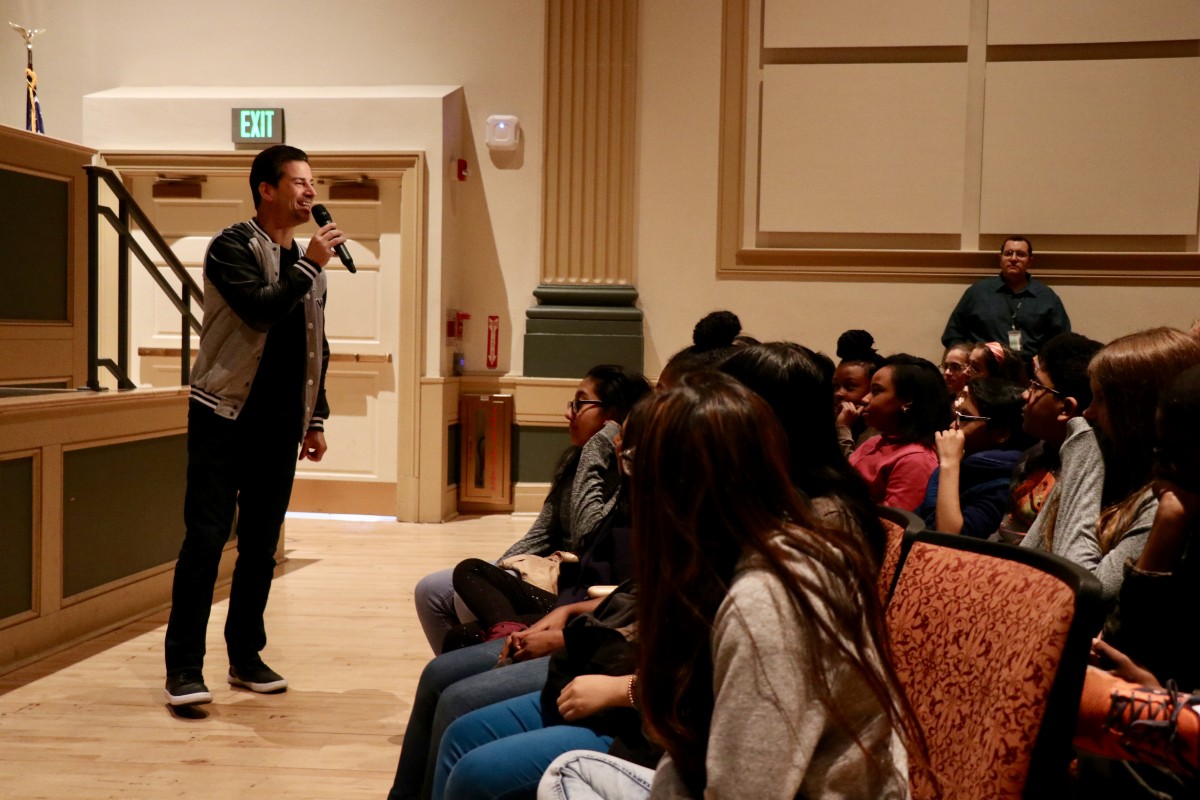 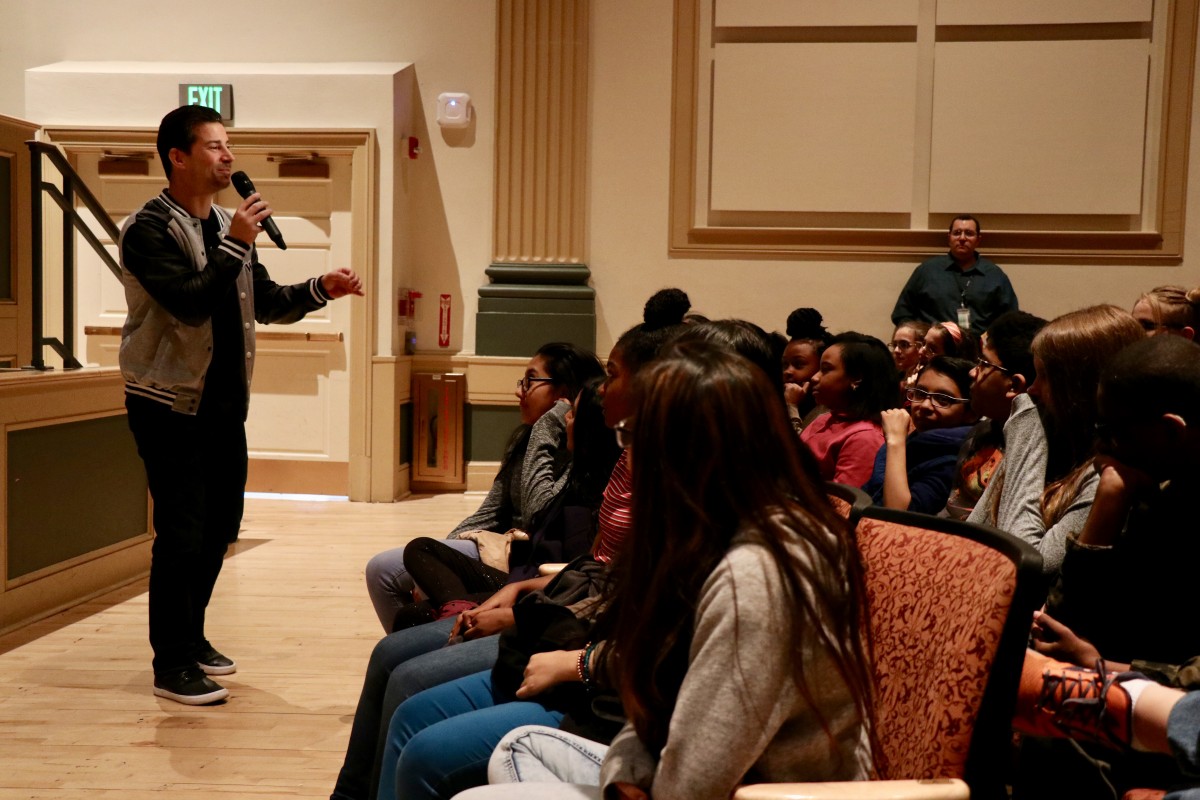 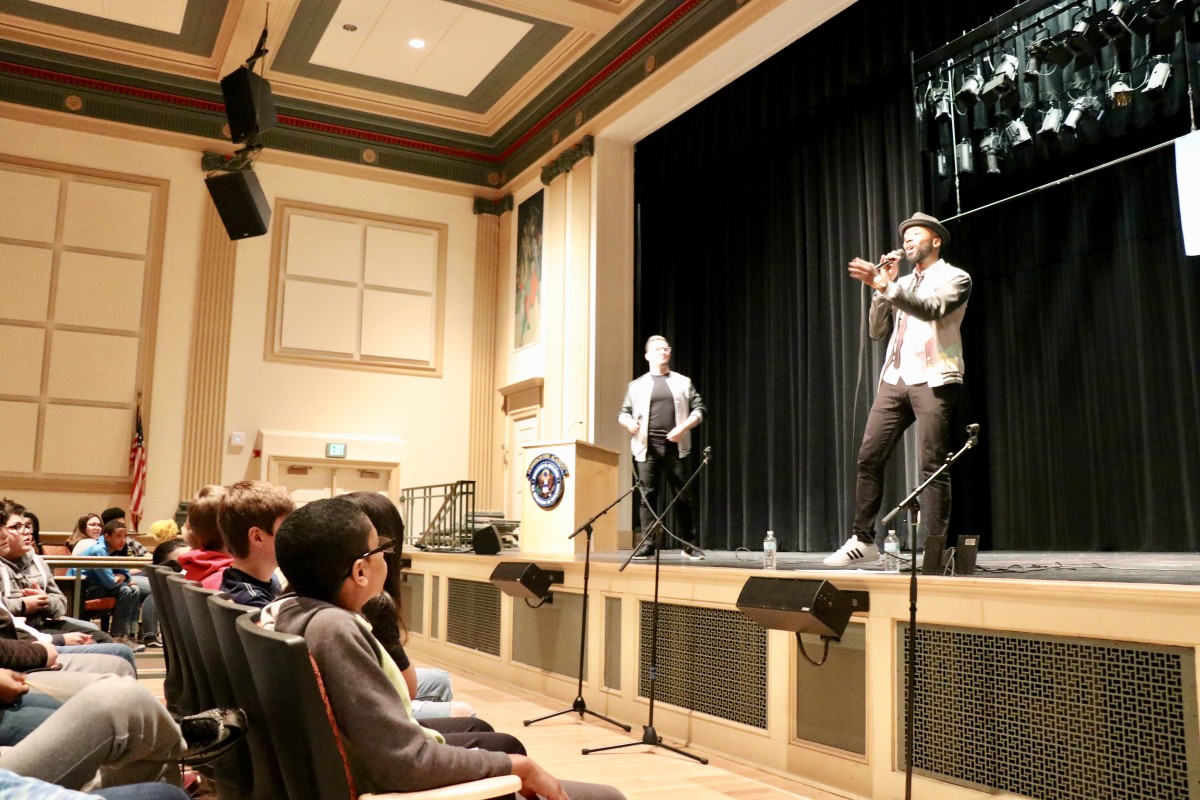 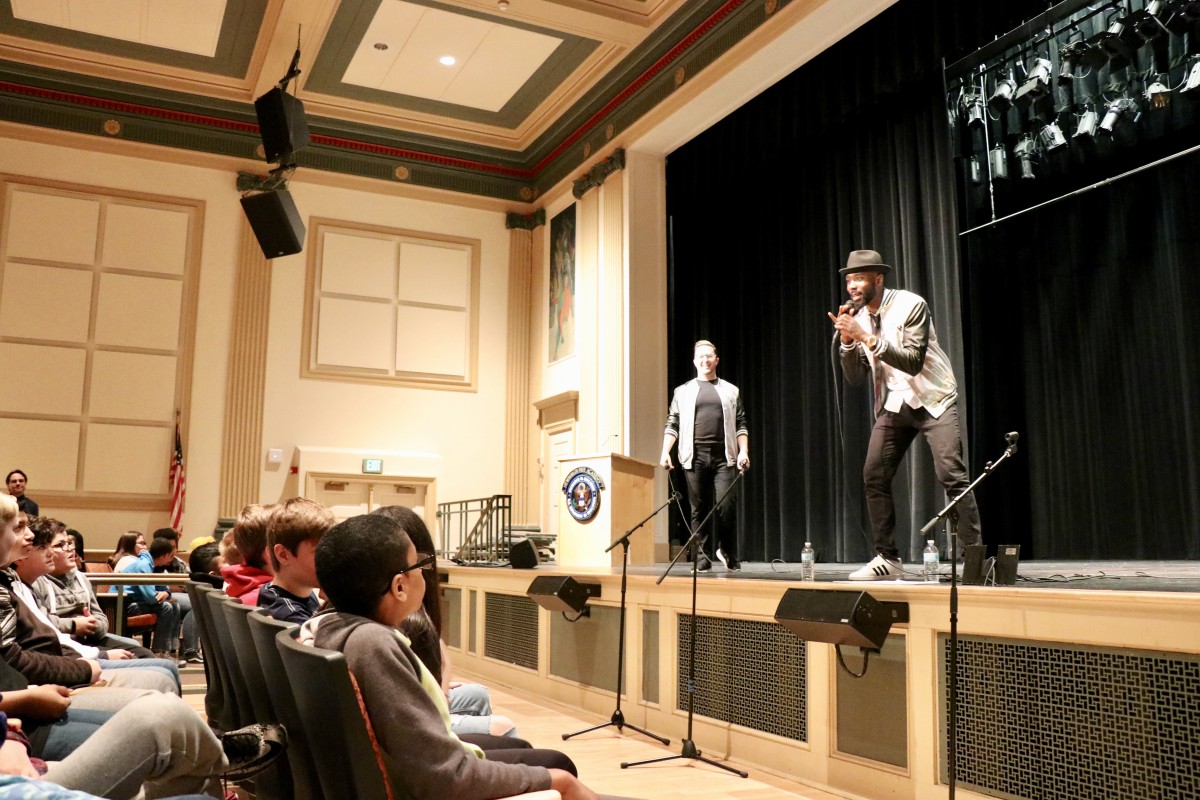 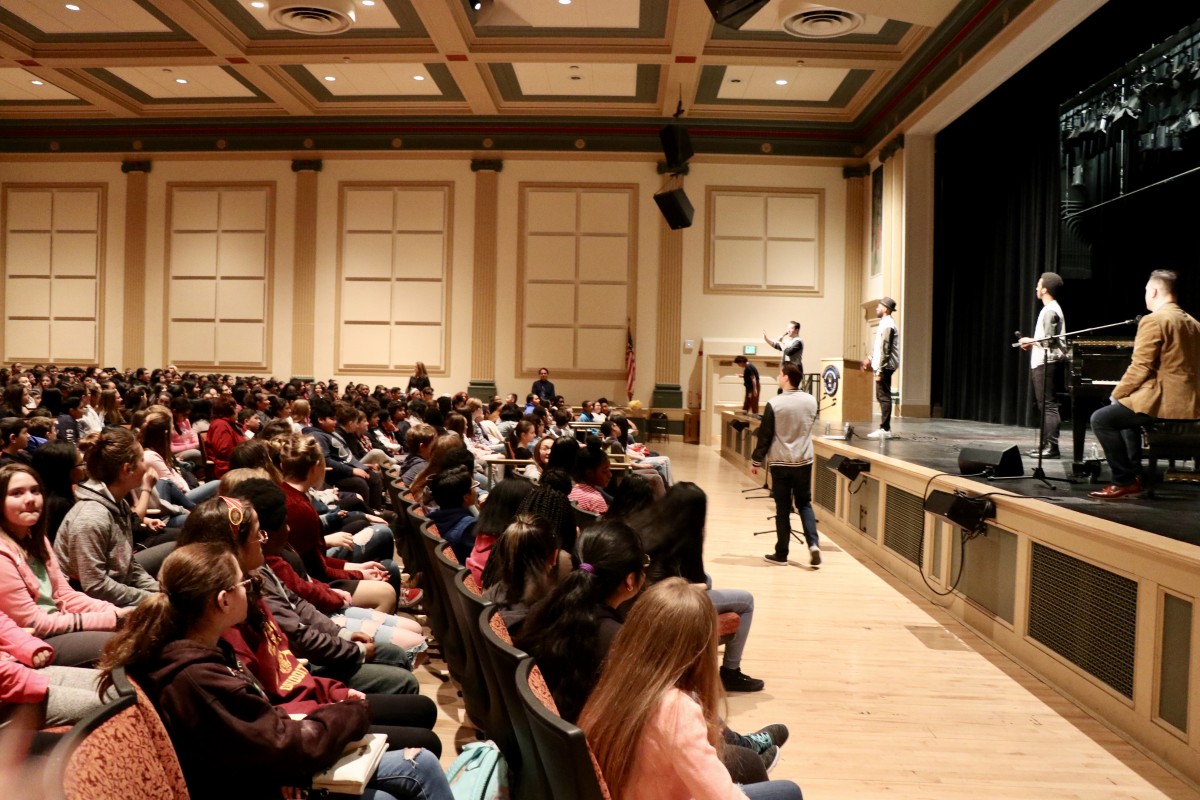