Mrs. Rachel Williams and her 6th grade students spent close to three months working after school as part of the Empire State After-School Program. First, they learned about different mural artists, then they focused on one specific artist. Next, the students designed their own mural in the style of the artist of focus and incorporated the district’s mantra: Do it With Love into their design as well. Eventually, their teacher Ms. Williams took parts of each student’s design to incorporate into the large mural located in the entrance hallway of Meadow Hill School. Students sketched the design in pencil, traced the design in paint, then began the exciting task of filling in their design with bright and colorful paint.

“The colors are vibrant. I thought it went really well in comparison to the wall, especially with the character design.” Ghaniya Shahkhan, 6th grader at Meadow Hill school

6th grade student, Nia Corden joined the Empire State After-School Program because “I always liked art and I really wanted to do something cool to decorate our school.”

“This mural design was based on the art work of Keith Haring. He does a lot of pop art style murals and artwork. They’re bright in color and gender neutral. I also thought it was important to expose them to another career possibility in the arts.” Mrs. Rachel Williams, art teacher at Meadow Hill school.

“When students are able to express themselves artistically, I find that they do better academically. When they have that outlet, it allows for better academics. It also gives students a sense of pride because they know the work that went into making a part of their school beautiful.” Mr. Anthony Grice, Empire State After-School Program Facilitator

“At first, I was a little nervous, but their precision was impeccable, and they really worked hard to make something that was beautiful and exciting for our whole school.”  Mr. Donald Armand, assistant principal at Meadow Hill school

Each student created a small-scale version of their own design to bring home. 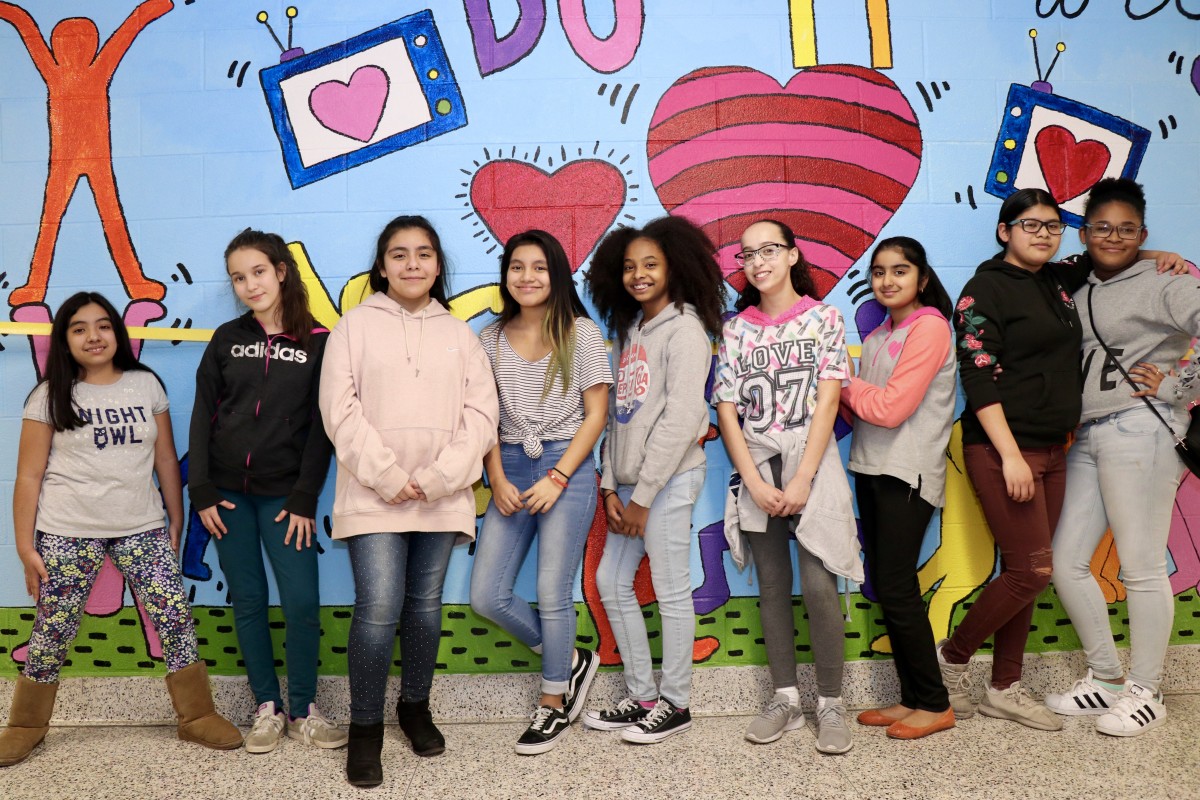 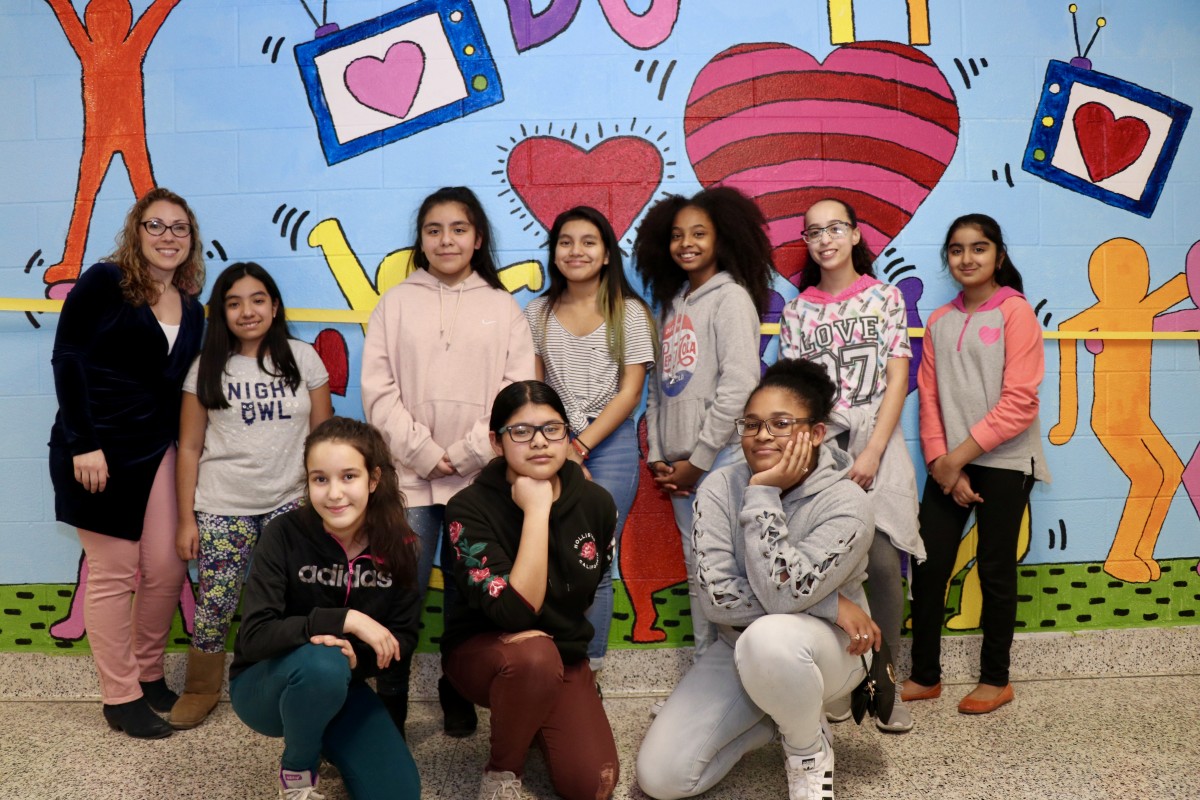 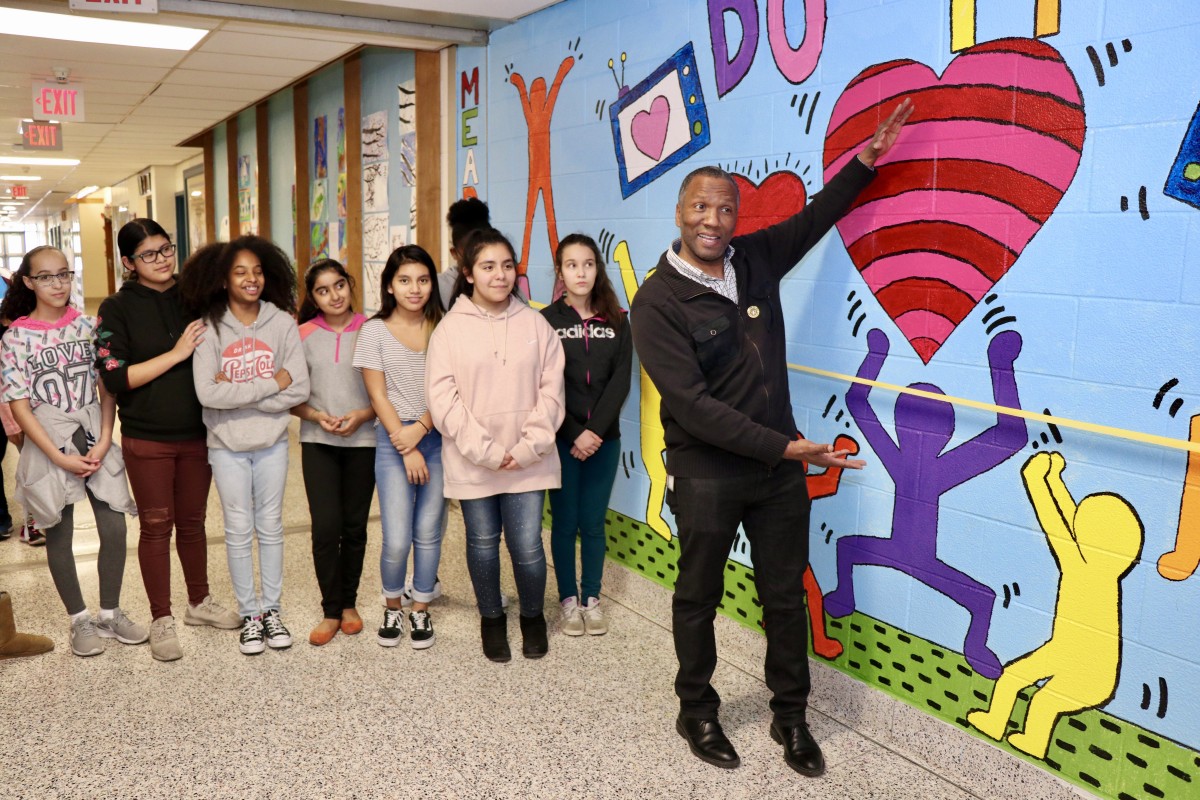 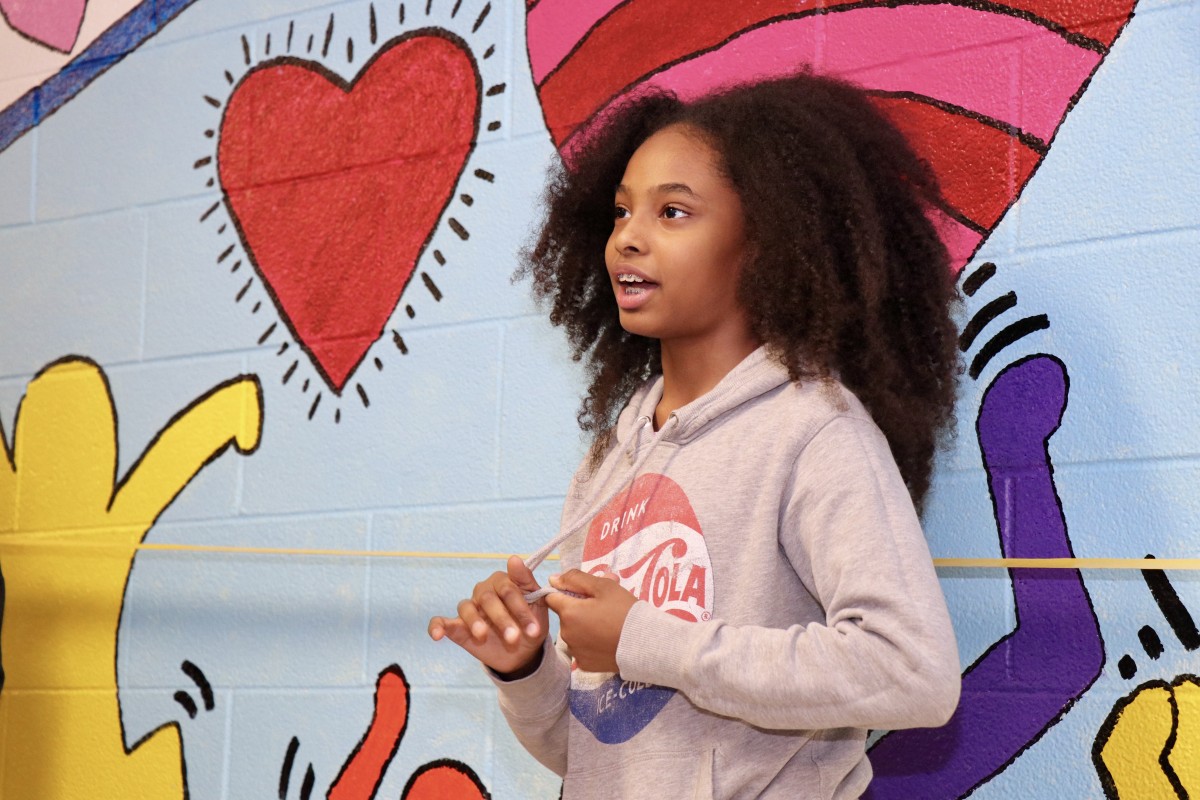 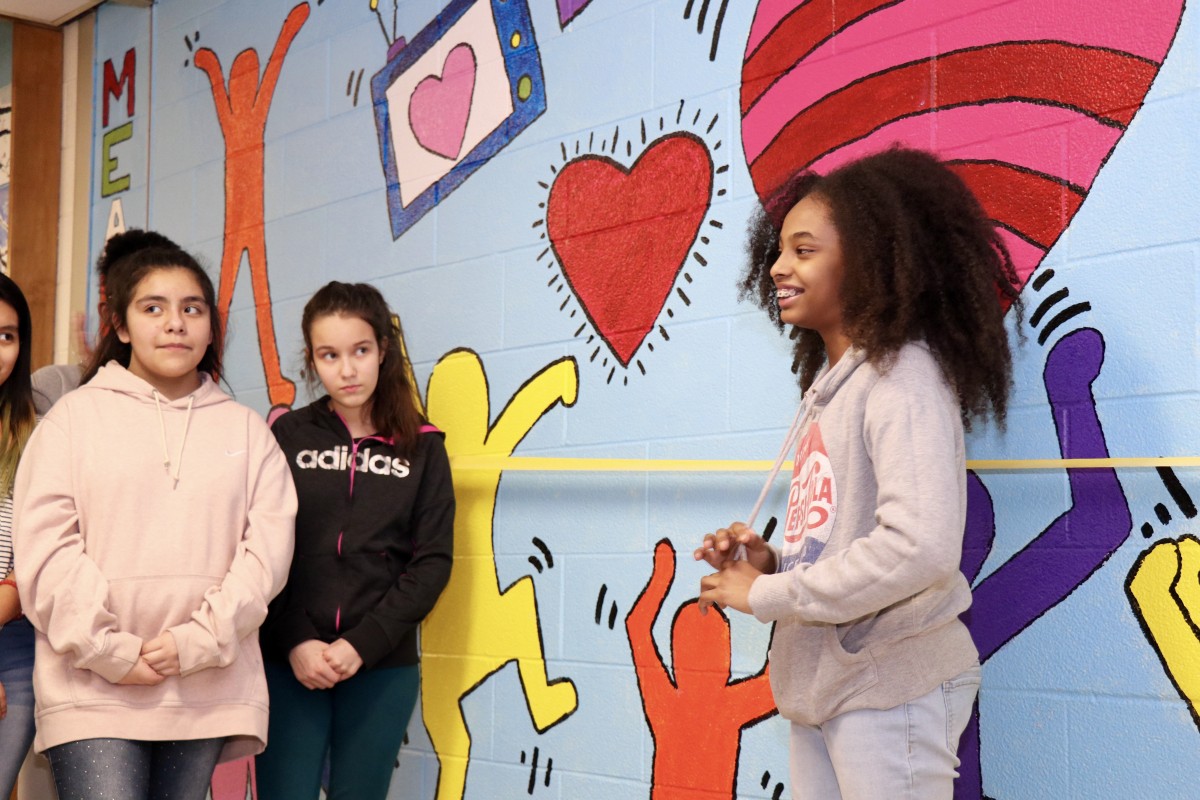 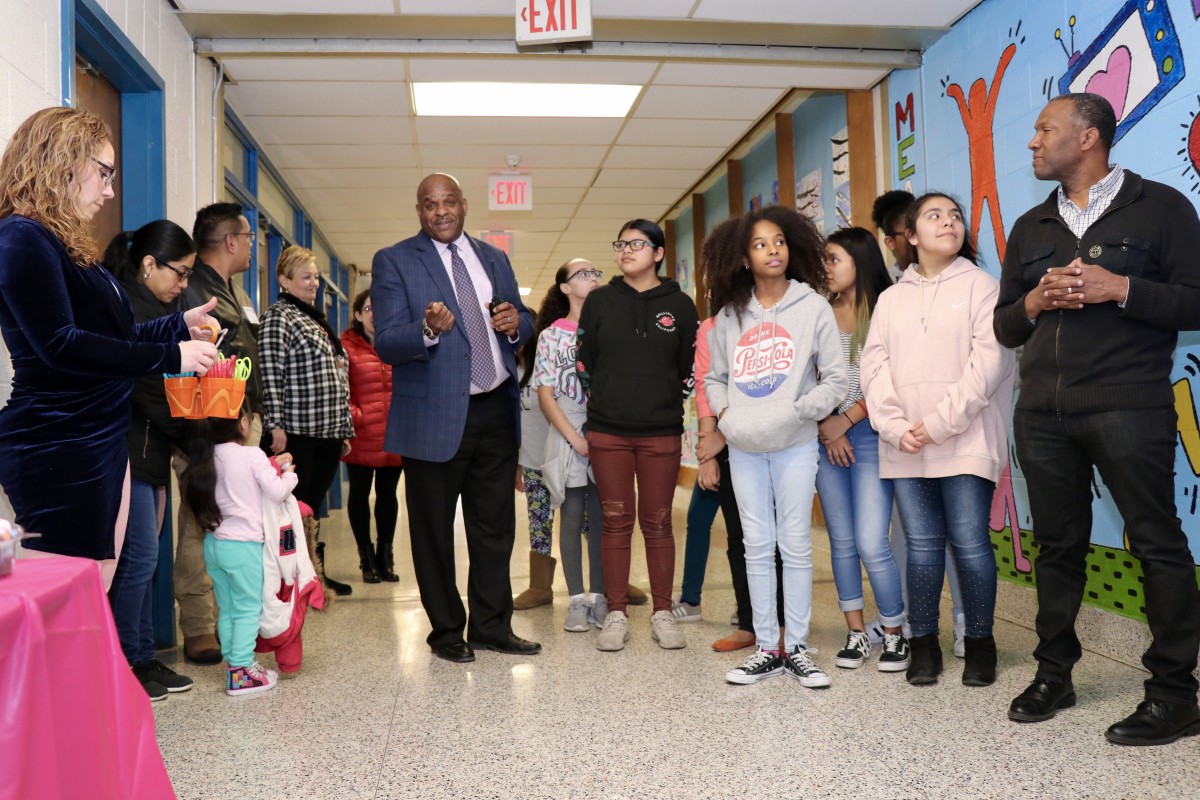 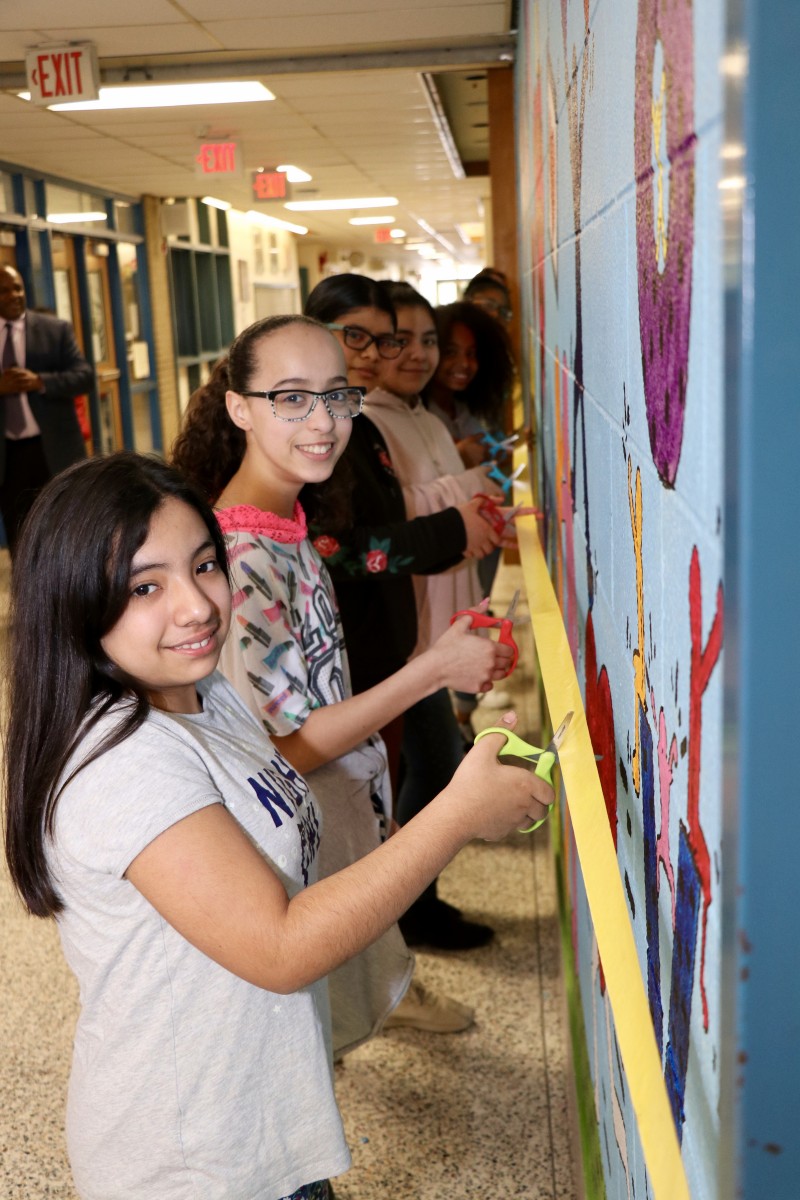 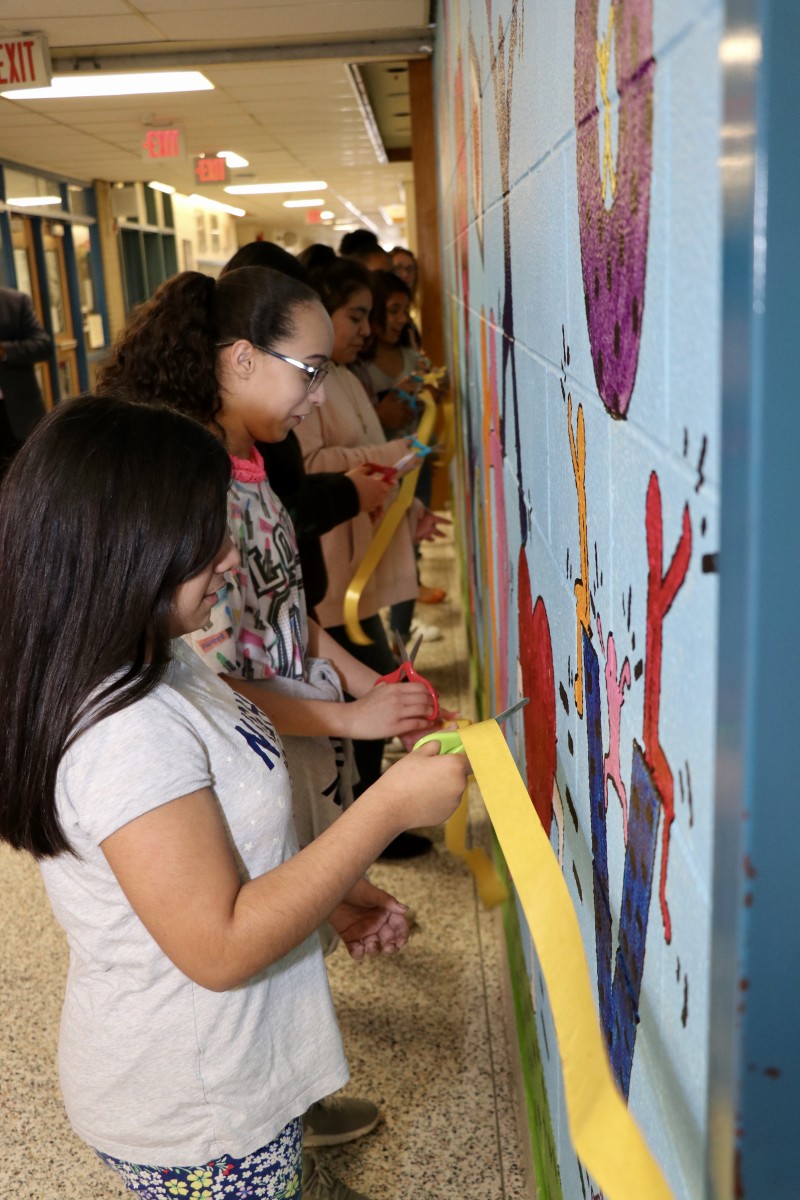 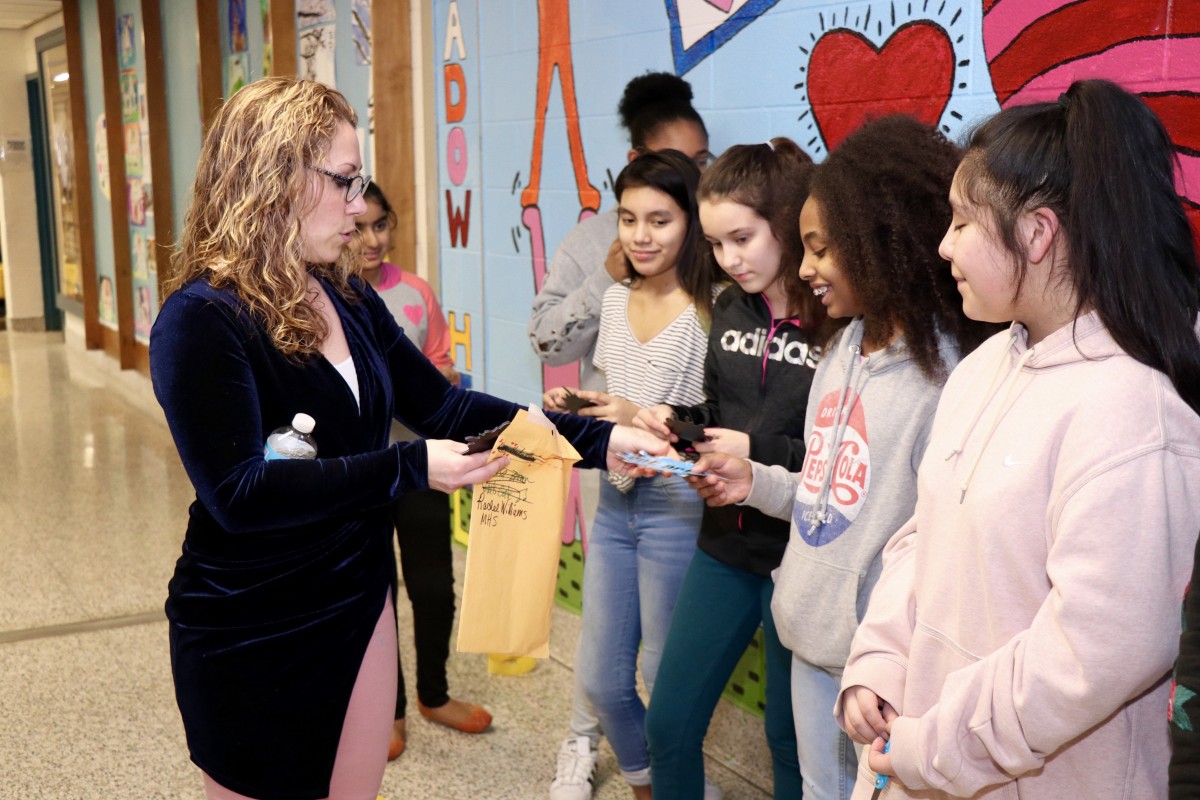 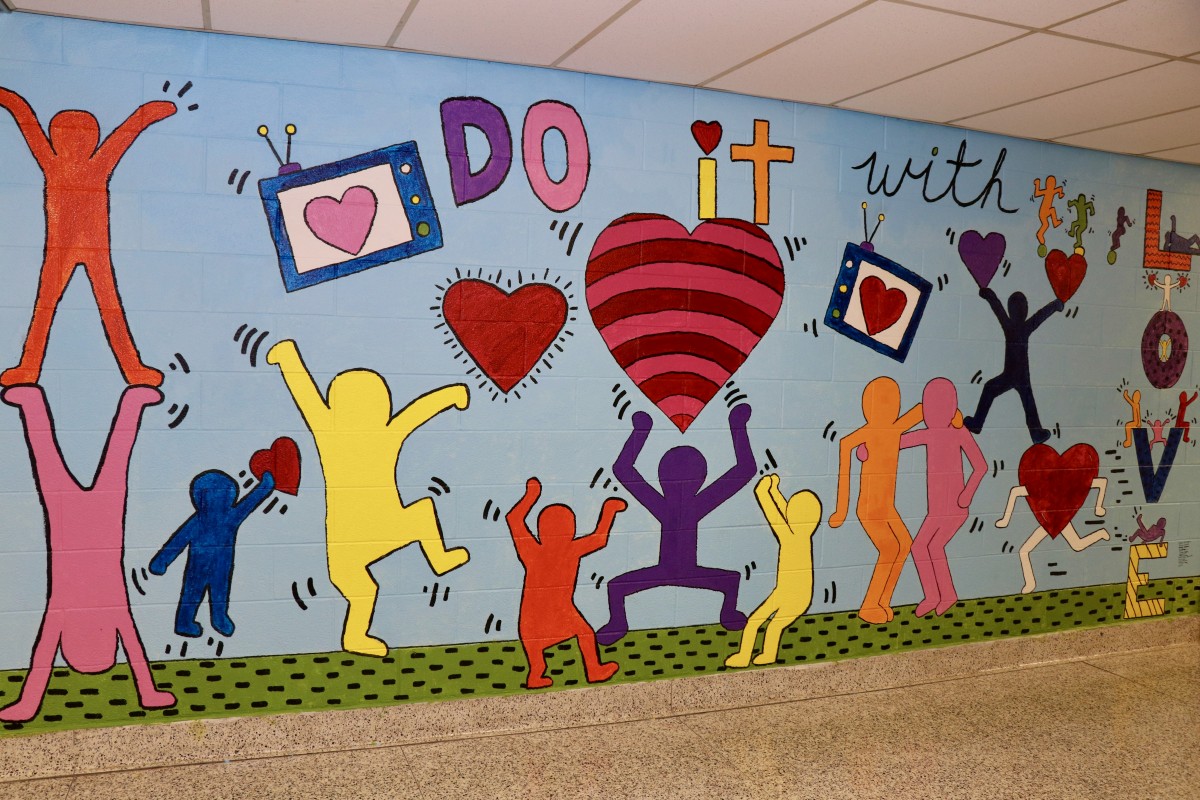 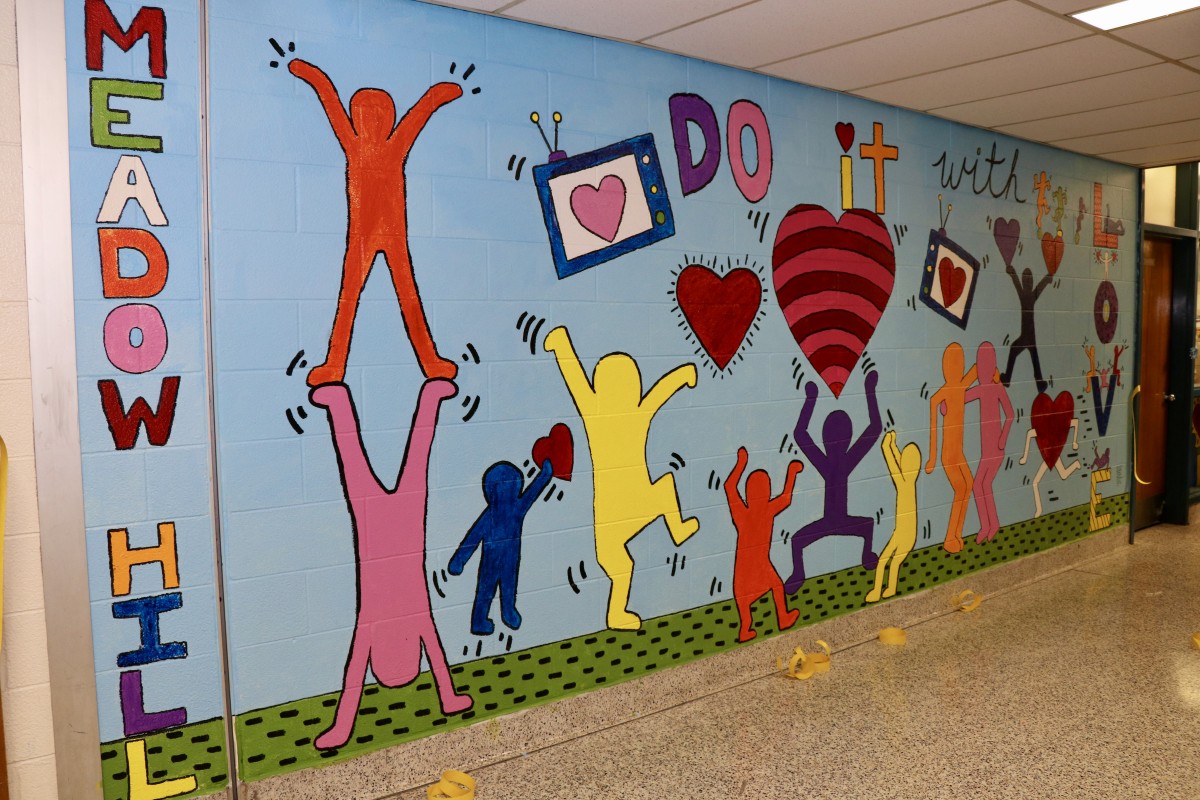